Bangalore Metro, locally known as Namma Metro (“Our Metro” in Kannada), serves the city of Bangalore, the IT capital of India. Currently, only Phase 1 of the network is operational, while Phase 2 is under construction and Phase 3 under deliberation. The network is spread across 42.3 km and consists of 51 stations. Daily, over 5 lakh people use the metro. Electricity is supplied to the trains via third rail, which carries a direct current of 750 volts. The trains run at a frequency of 5–15 minutes at speeds of just under 80km/h. On the systems, trains (comprising 6 coaches) travel on the ground, as well as above and under it

The list below is of the stations covered on the Bangalore Metro Purple Line.

*Note: The stations from Whitefield to Benniganahalli and Challaghatta are under construction. These stations are being built under Phase II.

The list below is of the stations covered on the Bangalore Metro Green Line.

*Note: The stations from Madavara to Manjunathanagara are under construction. These stations are expected to become operational by the end of this year. 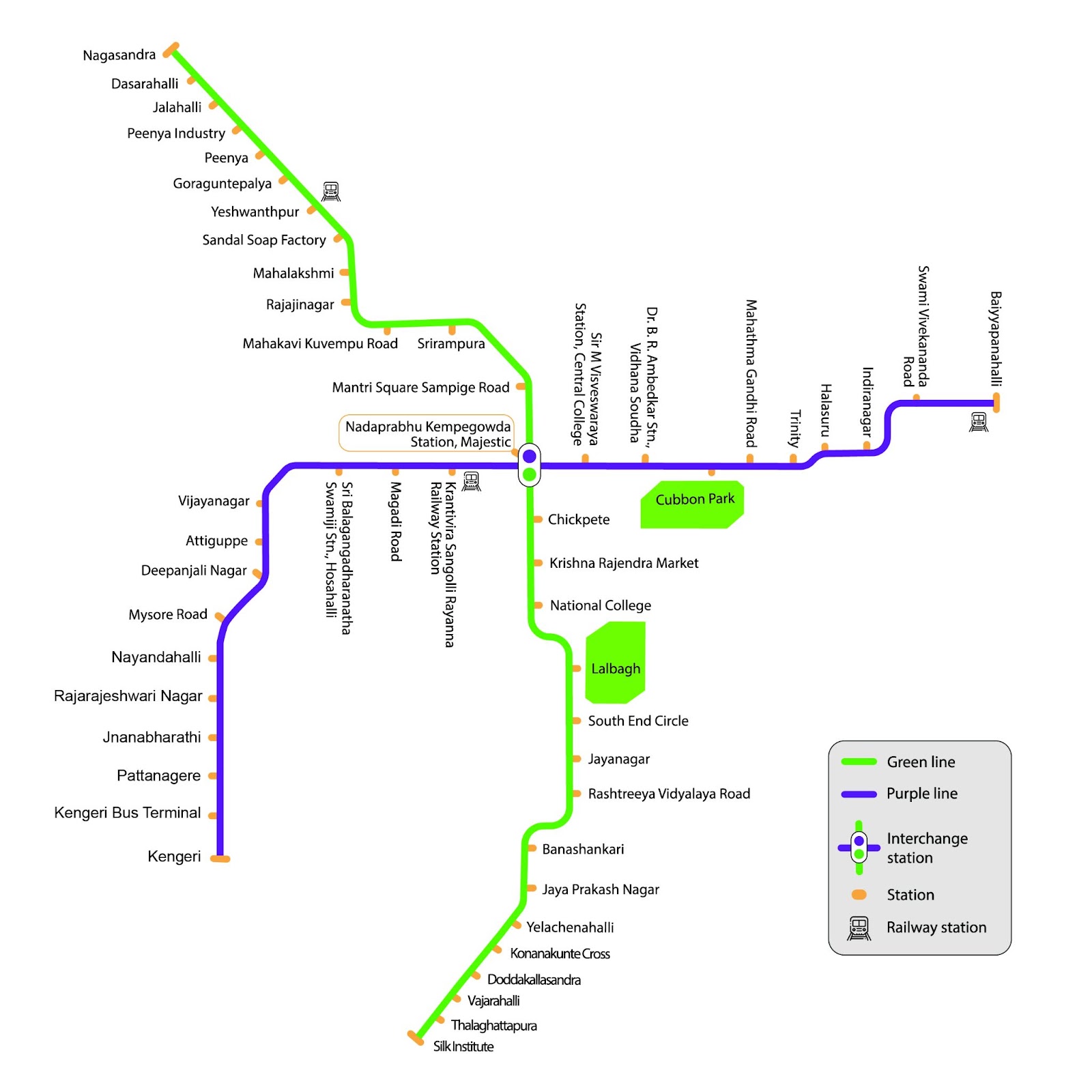