With its first section to be inaugurated on October 20th, 2011, Purple Line became the first line of Bangalore Metro or Namma Metro to become operational. The line runs for 18.2 km in an east–west direction, and it has 17 stations. It uses 1435 mm (standard gauge) tracks, while 750 V direct current is supplied via third rail. Purple Line trains have three coaches, and they operate at a maximum speed of over 65 km/h with a frequency of 4–15 minutes, depending on the time of day. Most of the stations on the line are elevated, while three are underground and one at grade. 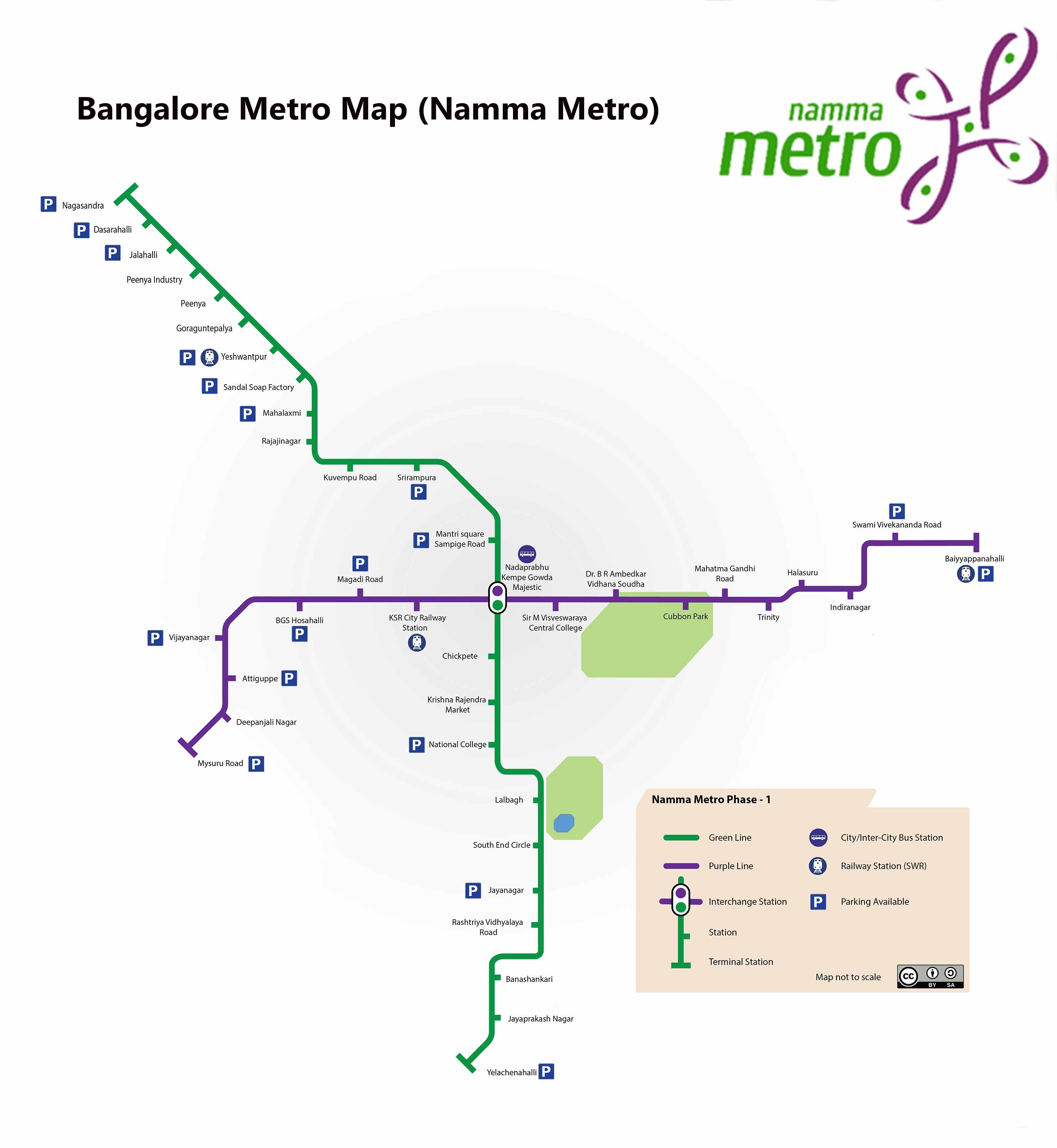