With the opening of the Green Line on June 29th, 2015, Chennai Metro became the second modern transit system in the city after the Mass Rapid Transit System (MRTS). The line runs for 22 km via 17 stations in a south–north–east direction. Contrary to the MRTS, Green Line uses standard gauge (1435 mm) tracks, whereas the electrification is the same: 25 kV AC via overhead wires. Four-coach trains ply on the line with a headway of 5–15 minutes and maximum speed of 80 km/h. 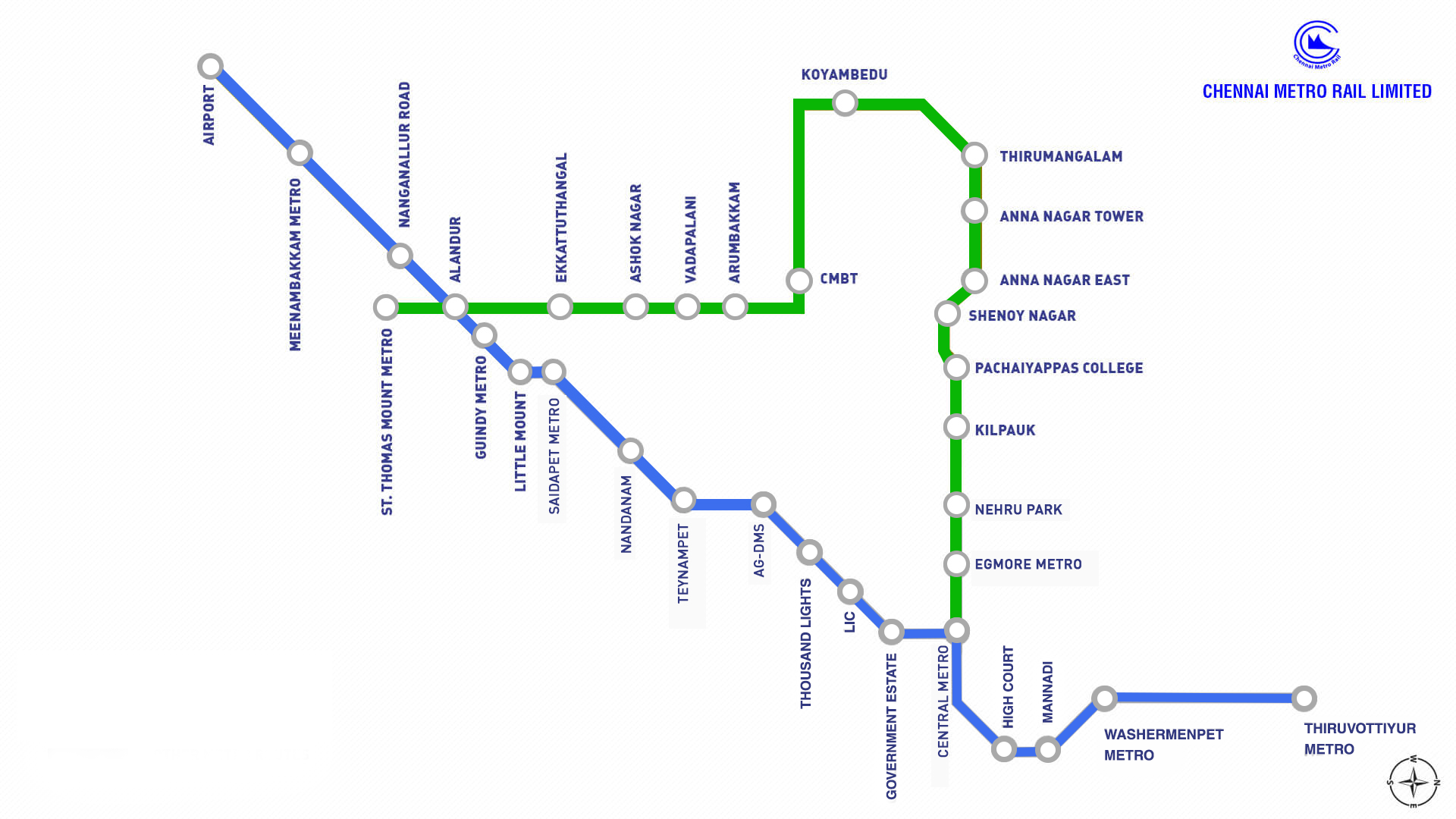