Jaipur Metro is a state-of-the-art rapid transit system serving the Pink City of Jaipur, Rajasthan. It has been planned in two phases, of which Phase 1 is operational and presently under further extension. At around a 12-km-route length, Jaipur Metro is one of India’s smallest metro systems. Like many metros in India, it uses 1,435 mm (standard gauge) tracks and 25 kV AC through overhead catenary. The trains, comprising four coaches, run at a top speed of 80 km/h, and the headway between trains ranges from 10 minutes during peak hours to 15 minutes during non-peak hours.

This is a proposed metro line for Jaipur city that will connect over 20 stations, starting from Sitapura in the South to Ambabari in the North. With a length of approximately 23 km, the Orange Line will have the following stations. 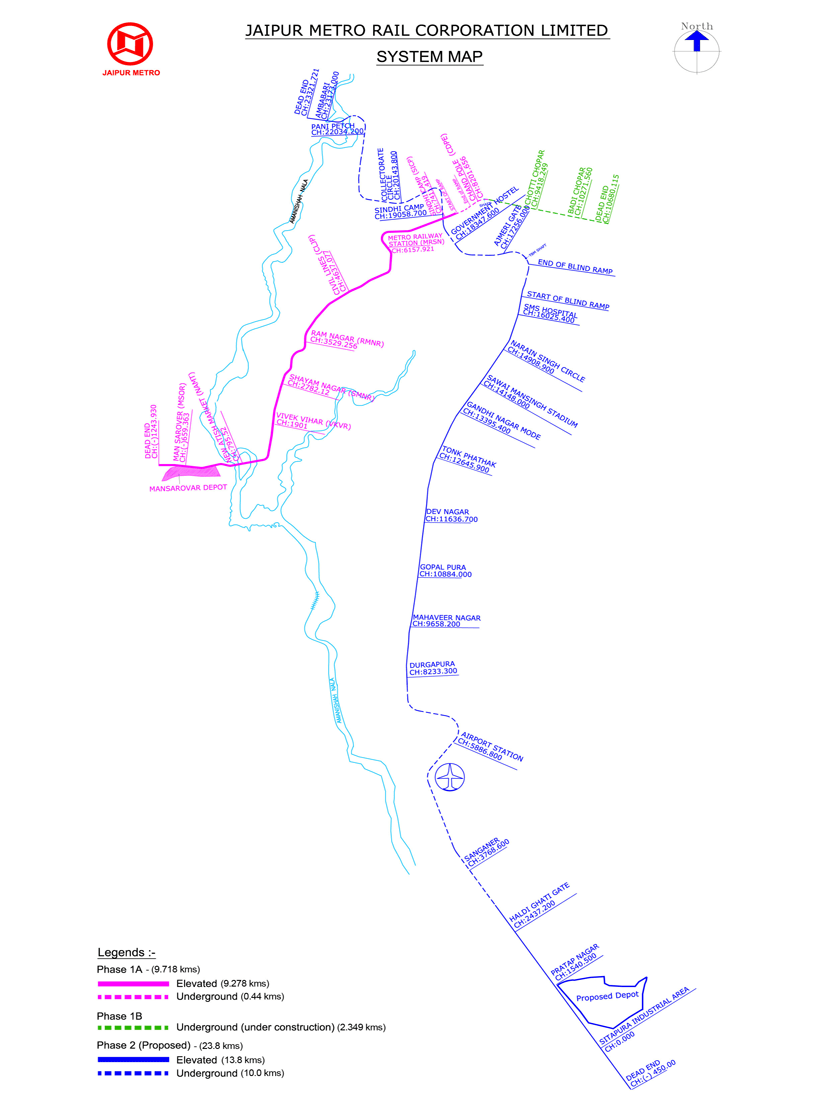