The Blue Line of Chennai Metro first became operational on September 21st, 2016. At 23.1 km, it is almost as long as the Green Line, and it also has the same number of stations at 17. The trains on Blue Line, consisting of four coaches, have a maximum speed of 80 km/h and headway of 5–15 minutes. Overhead wires, carrying 25 kilovolt alternating current, and 1435 mm (standard gauge) tracks are used on the line. The line runs from south-western Chennai towards the northeast.

Under Phase II of Chennai Metro, the line is being extended further beyond Washermanpet by eight stations till Wimco Nagar. 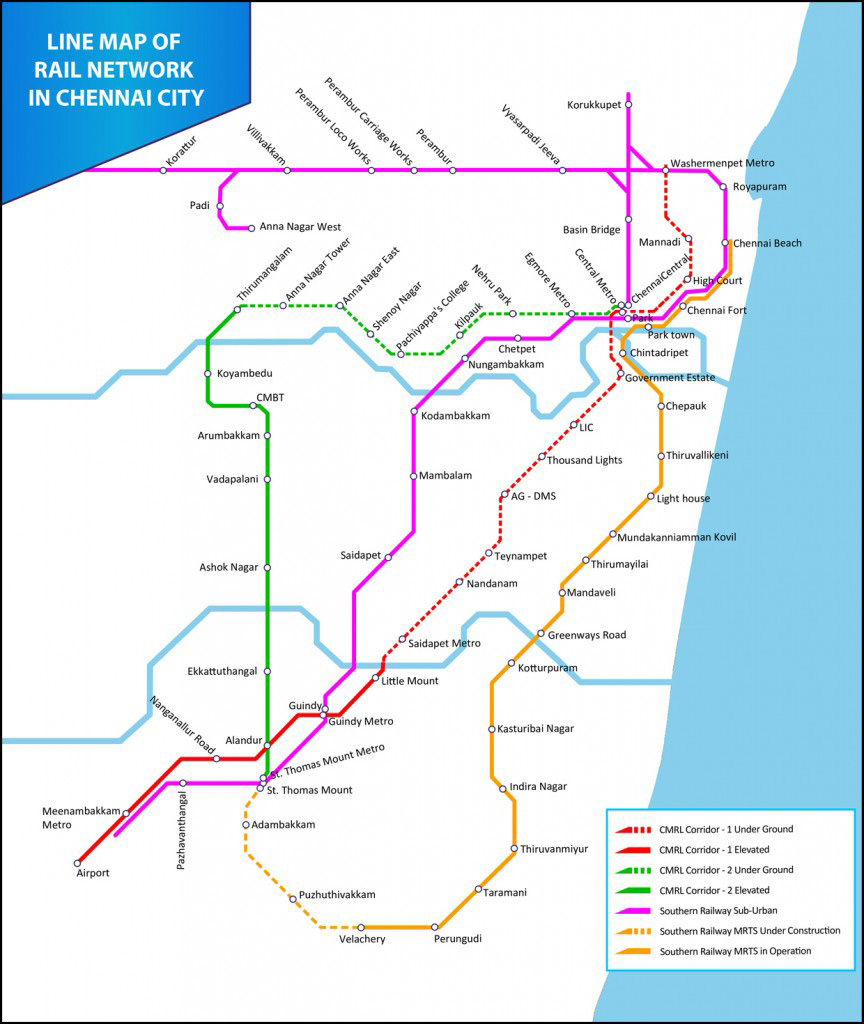