Kochi Metro is a mass rapid transit system in the city of Kochi (formerly known as Cochin). Currently, only one phase is operational, whereas two more have been planned. Over 1 lakh (100,000) people travel on this metro line that operates at a frequency of 8 minutes. Each train, comprising three coaches, runs at a maximum speed of 80 km/h. The system uses standard gauge (1435 mm) tracks and 750 V direct current supplied via third rail. The network is entirely above the ground, making it the only city in India with a completely elevated metro system.

Phase I of Kochi Metro comprises a single line, first made operational on June 17th, 2017. The line essentially runs in a semicircle, first travelling in the northeast–southwest direction and then turning towards the east. Currently, the line measures 23.8 km and it has 21 stations. The line uses 750 V direct current supplied via third rail and 1435 mm (standard gauge) tracks. All trains are made up of three coaches, and they have a maximum speed of 80 km/h and headway of 8 minutes. Each station on the line has a different theme, highlighting Kerala’s rich culture, from the regional Western Ghats wildlife to the local cuisine.

Stations in Phase I

Further Extension of Phase I

The line under Phase I is being extended beyond Thaikoodam to Tripunithura Terminal, and the extension will add four stations and around 5 km length.

Top Attractions Connected by Phase I 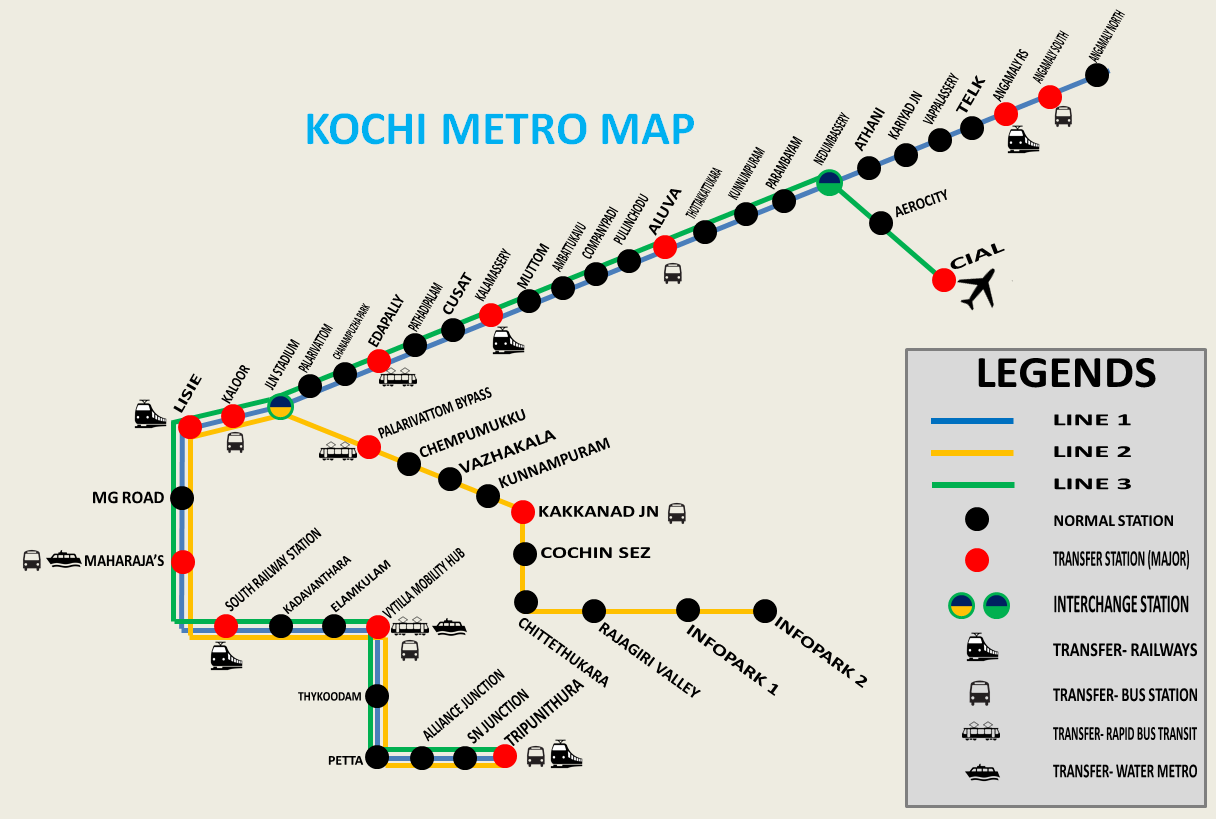