Located on the south-western coast of India, Karnataka is best known for its beautiful shoreline, wildlife sanctuaries, coffee plantations, rolling hills and shopping options. The rich history of the state, reflected by its regal palaces, majestic forts, and grand temple complexes, is also a major draw. From indulging in adventure activities to exploring heritage sites, there are many ways to experience the best of Karnataka.

Tourism is a major contributor to the growth of the state. According to a 2018-19 report by the Economic Survey of Karnataka, the year saw 195,335,510 domestic and 445,555 foreign tourists visiting the state. Catering to the inflow of travelers in Karnataka are the many accommodation facilities including state-run hotels; resorts; heritage, premium and budget hotels; motels; and homestays. 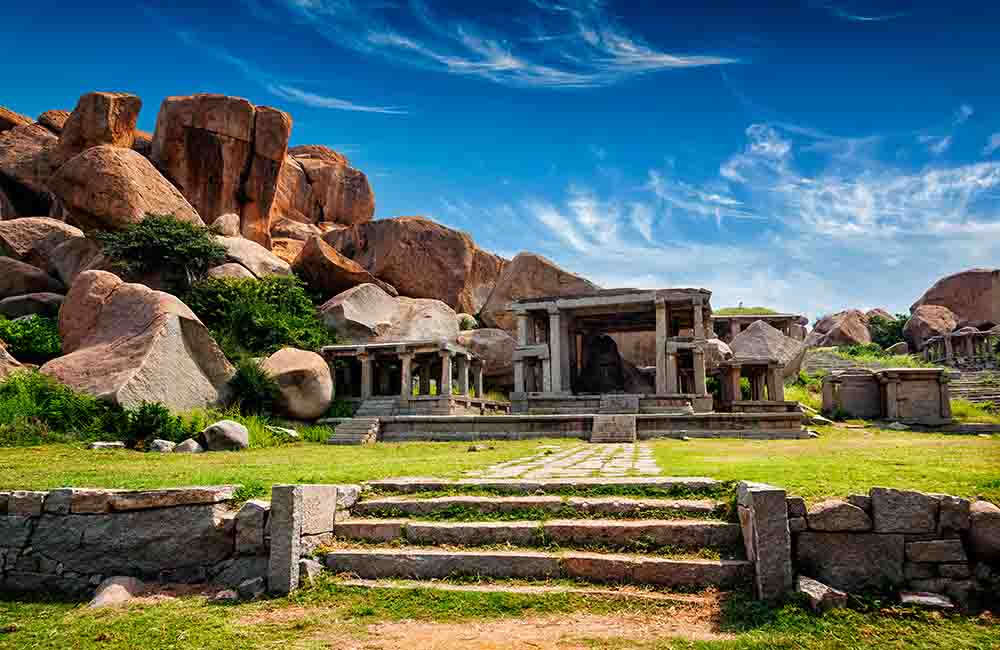 Arcaheological evidence suggests that the history of inhabitation in Karnataka dates back to the pre-historic era. During the medieval period, the state was ruled by several great dynasties and empires including Nandas, Mauryas, Satavahanas, Kadambas, Badami Chalukyas, Rashtrakutas, Western Chalukyas, Cholas, Hoysalas, Bijapur Sultanate, and Wodeyars. Some parts of northern Karnataka were also ruled by the Nizams of Hyderabad and Marathas. From 1782 to 1799, the state was ruled by Tipu Sultan, before falling into the hands of the British Raj after the last of the four Anglo-Mysore Wars. Mysore remained a princely state with the kingdom being ruled by the Wodeyars, under the British East India Company. After independence, the Kingdom of Mysore became a state of the same name in 1950. Under the States Reorganization Act, 1956, parts of the neighboring states of Bombay, Hyderabad, and Madras were incorporated in the state of Mysore. In 1973, the state with expanded boundaries was renamed Karnataka.

Karnataka has a long coastline along the Arabian Sea. The state shares its borders in the north with Maharashtra, northwest with Goa, northeast with Telangana, east with Andhra Pradesh, southeast with Tamil Nadu and south with Kerala. The topography of the state can be classified into high mountains, residual hills, plateaus, and coastal plains. The two major rivers flowing through the state are Krishna and Kaveri.

The climate of Karnataka ranges from arid to humid tropical depending on the topography and geographic location. The coastal areas receive the highest rain during the monsoon season and hence, it is advisable to avoid them from June till September. Summers can also be quite warm and are best avoided. The ideal time to visit Karnataka is between November and April.

Places to Visit in Karnataka 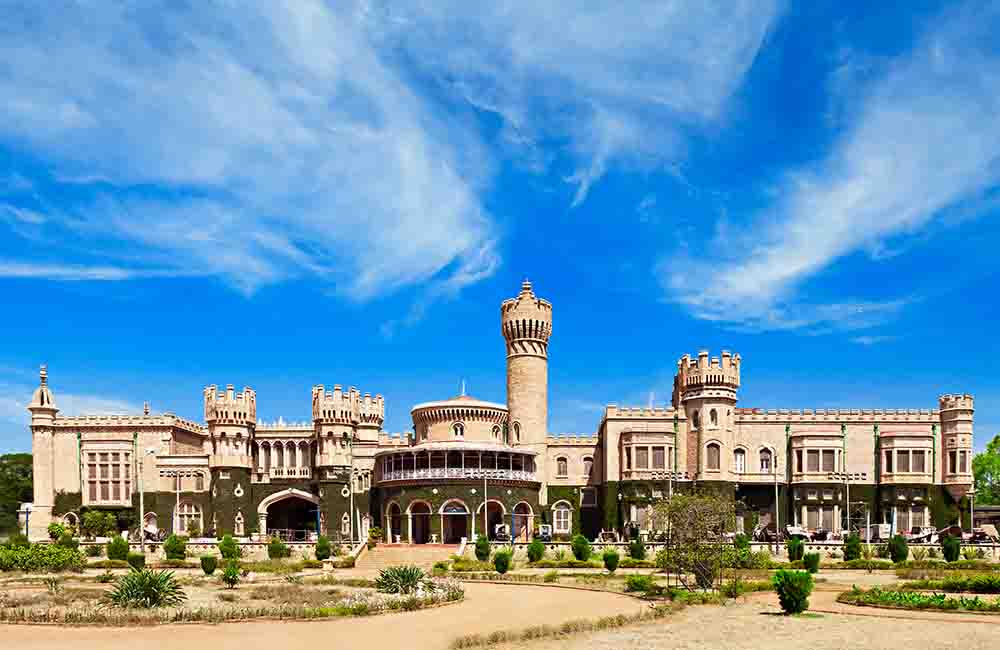 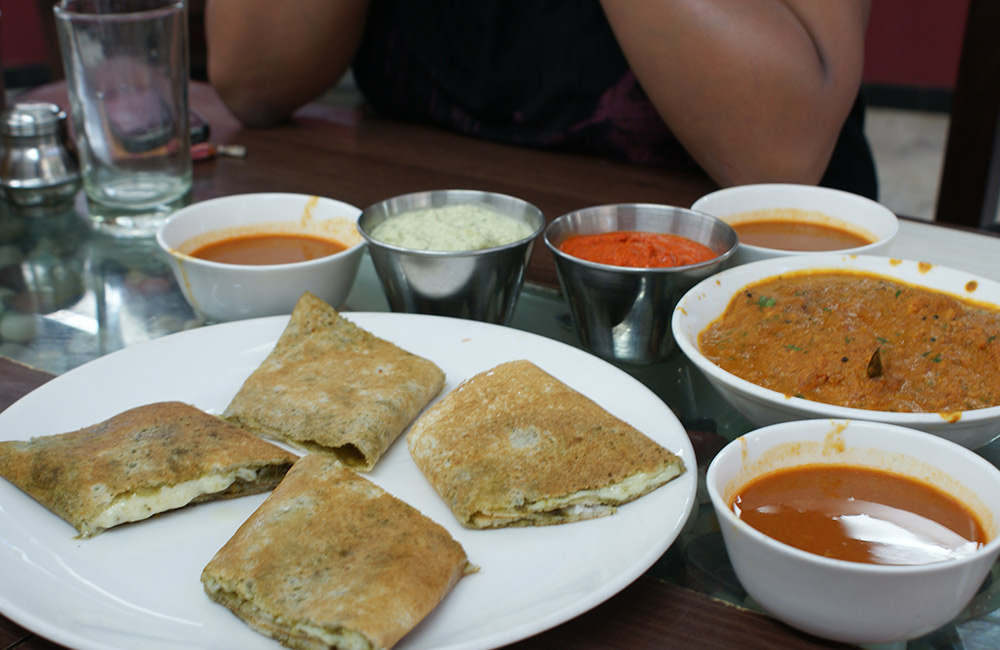 The food of Karnataka is inspired by its diverse culture and a medley of flavors, ingredients and cooking techniques from the neighboring states. Some of the dishes that the state is known for are Neer Dosa, Pundi, Chicken Ghee Roast, Kori Rotti, Fish Pulimunchi, Kundapura Koli Saaru, Allugedda, Mysore Masala Dosa, Pork Curry, Akki Roti, Idli Dip Sambhar, Bisi Bele Bath, Sagu, Pori Urundai, Mangalore Buns and Chiroti. Some of the sweets you must try include Dharwad Peda, Mysore Pak, Gadbad (ice cream) and Haldikolyanche Patholi. Karnataka also has it own artisan coffee hubs, vineyards and microbreweries.

Karnataka is every shopper’s paradise with bustling street markets, swanky malls and shopping arcades. The state is well-known for its handicrafts and if you’re looking for souvenirs, some of the things to shop for are:

Things to Do in Karnataka

How to Reach Karnataka

The Kempegowda International Airport (KIAL) in Bengaluru is the third busiest airport in India. A number of airlines operate domestic flights from here connecting it to cities such as Delhi, Goa, Mumbai, Nagpur and Kolkata. Flights to international destinations, such as London, Hong Kong, Dubai, etc. also operate from the airport. Mangalore International Airport (IXE) is the next main airport in the state, mainly connecting the city to Indian metros and the Middle East.

The railway network of Karnataka has trains run by the Western, Southern, South-Western and Konkan Railway, connecting the state to major cities in the country. The capital of the state has four major railway stations, KSR Bengaluru City Junction being the busiest of them all. Some of the most popular trains that pass through this state are Rajdhani and Shatabdi Express.

Karnataka is well-connected by an extensive road network of 14 national highways; the longest amongst them being NH 4. Buses run by private operators and Karnataka State Road Transport Corporation (KSRTC) run along the highways connecting Karnataka with neighboring states such as Kerala and Goa. Tourists can also hire taxis or rental cars to commute around the state.