Bangalore is known for many things – its young IT crowd, the perennially nice weather, its many gardens, and also the abundance of cool hangout places. The city is one of the finest examples of what we can call the urban India. However, this by no means implies that Bangalore lacks in a rich culture or in its love for the past. If one foot of the Silicon Valley of India is out of the door and steadily moving ahead towards the future, the other is strongly rooted in its heritage.

The city has no dearth of insightful museums in Bangalore, giving visitors a glimpse of its history and culture. Here are 8 museums in the city that you must explore after booking one of the hotels in Bangalore!

The Government Museum | #1 of 8 Museums in Bangalore

Counted among the oldest museums in India, The Government Museum of Bangalore dates all the way back to the year 1865. However, it opened for public much later in 1886. Its two floors comprise 18 galleries, exhibiting various archaeological and geological collections such as coins, inscriptions, jewelry, and sculptures. The museum also exhibits the Halimidi inscription, which is known to be the oldest Kannada inscription to have ever been found. 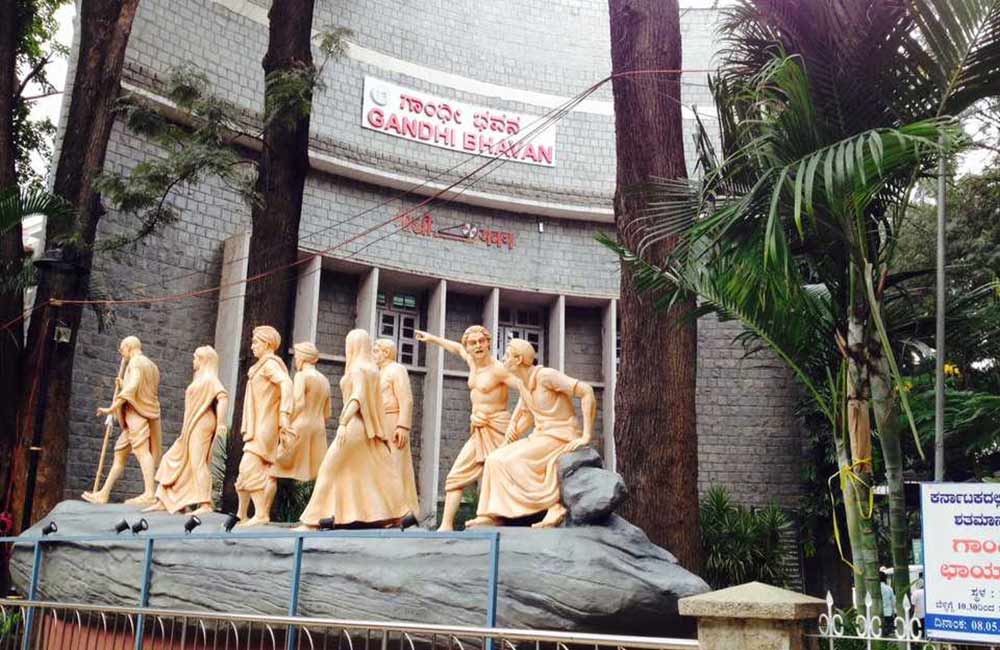 Gandhi Bhavan | #2 of 8 Museums in Bangalore

Dedicated to the Father of the Nation – Mahatma Gandhi, the Gandhi Bhavan will teach you all about his life and values. The main attraction in this museum is a picture gallery which exhibits pictures from Mahatma Gandhi’s life, even his childhood. You can visualize Gandhiji’s entire life, his struggle for freedom, and his teachings at Bangalore’s Gandhi Bhavan. 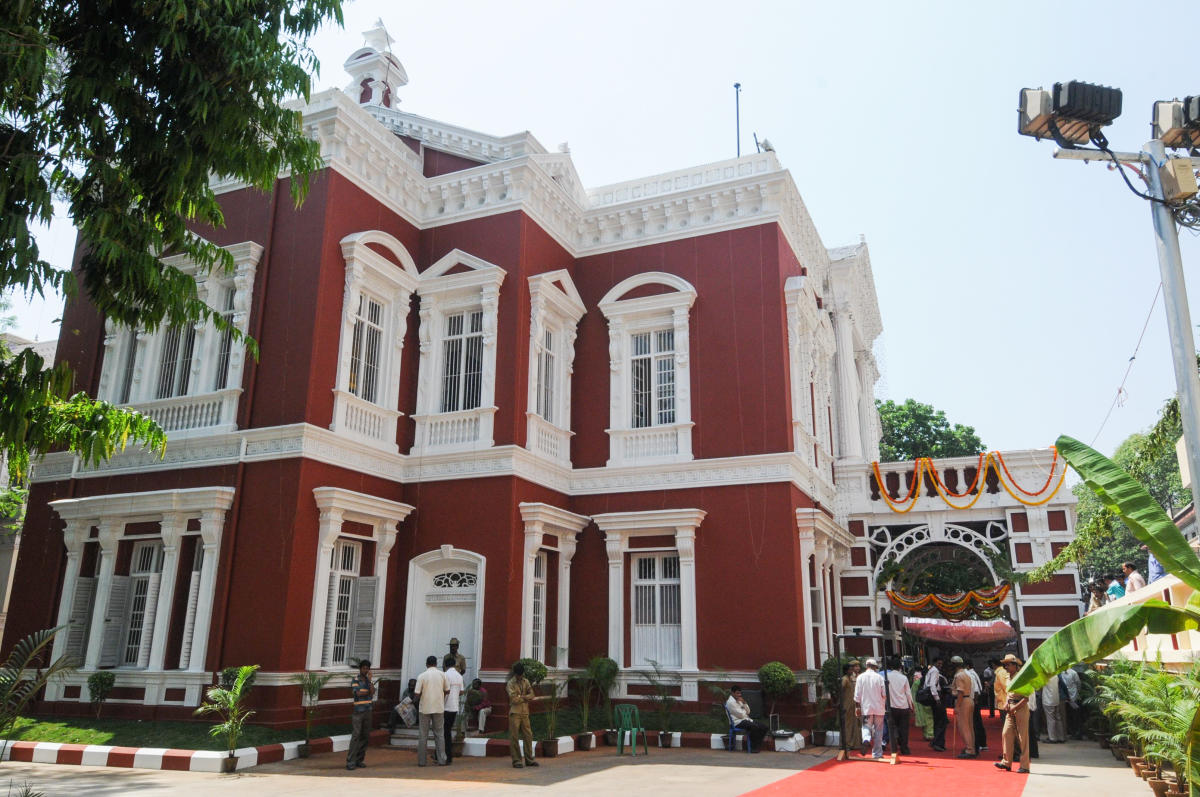 Kempegowda Museum | #3 of 8 Museums in Bangalore

Kempegowda Museum is dedicated to and named after the Yelahanka Chieftain who founded the city of Bangalore. On the first floor of Mayo Hall, this museum is unique in the sense that its floor is made of glass with an 18th-century map of the city covering it. It mainly houses paintings and pictures depicting the city’s history and artifacts dating back to as early as the 16th century. 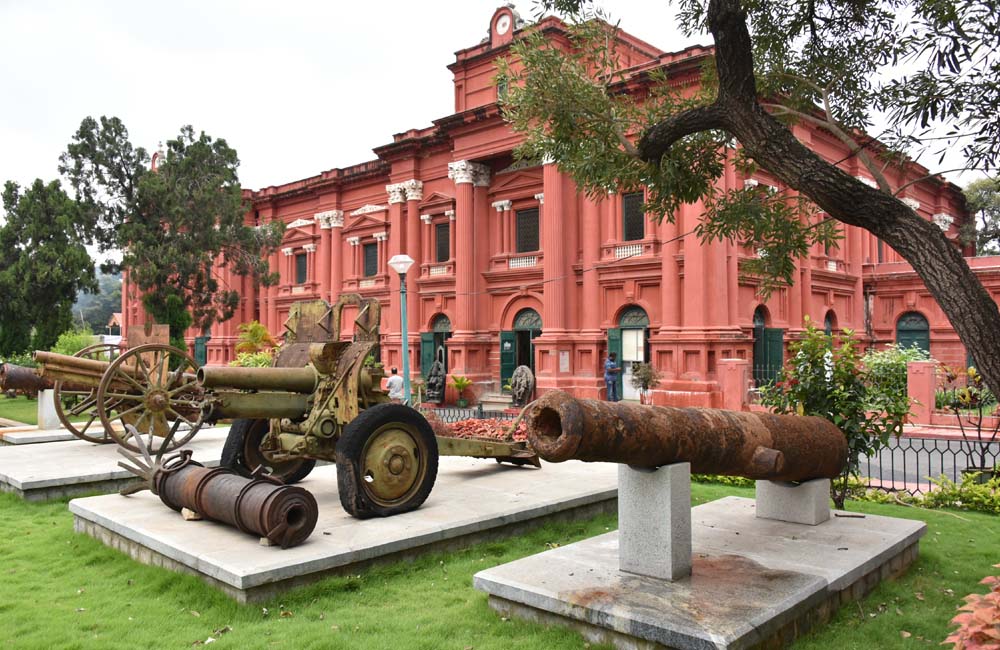 Located on the premises of Bangalore’s Government Museum, Venkatappa Art Gallery is known for its remarkable collection of artworks by Karnataka’s renowned artist, K. Venkatappa. There are two floors dedicated to the artworks, exhibiting more than 600 paintings. The art of various other famous artists in the past including KK Hebbar are also showcased here. 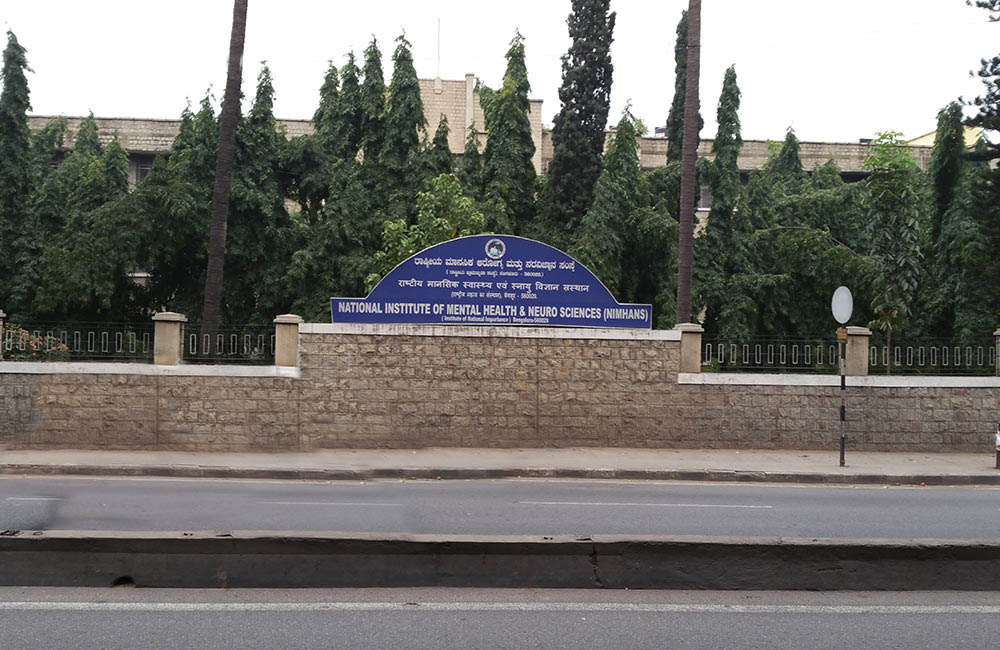 One-of-its-kind in India, NIMHANS Brain Museum can be best described as intriguing! Yes, the place houses exactly what its name suggests, human brain specimens. From medical students to tourists from all over the world, people come here to witness something unique. The guided tours given by the museum staff are quite insightful and help in understanding the importance of every brain specimen. Almost 600 human brains are exhibited in this museum. 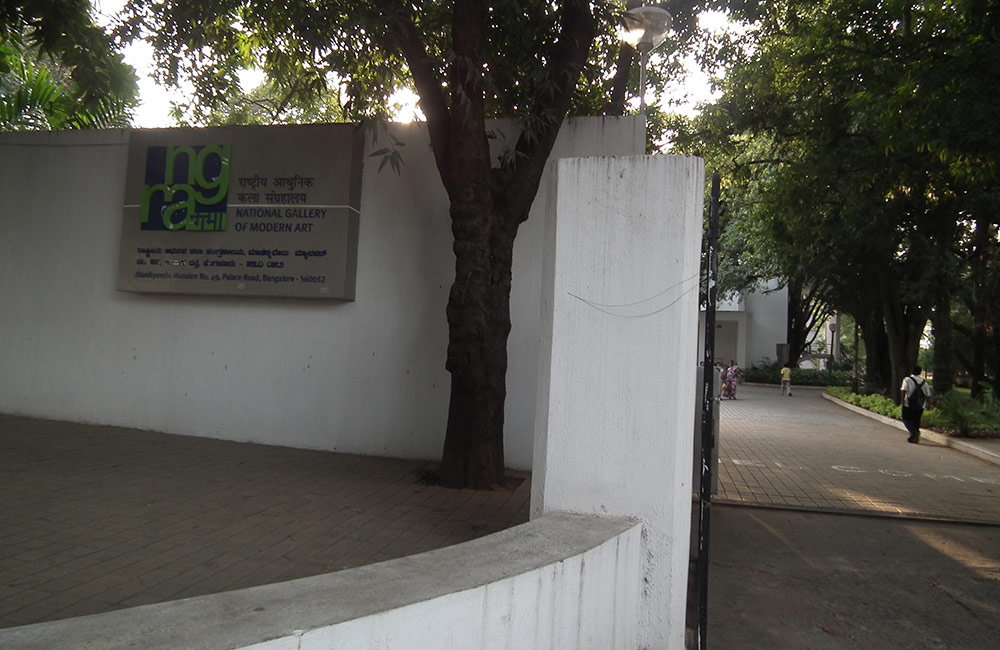 National Gallery Of Modern Art | #6 of 8 Museums in Bangalore

Sprawled across an area of about 3.5 acres, the National Gallery of Modern Art, Bangalore is an exquisite treasure trove of artworks. The gallery opened only in 2009 and has been a hit among tourists as well as locals ever since. The most known of the artists whose artworks are featured here include Rabindranath Tagore, Raja Ravi Verma, and Amrita Shergill. The painting exhibit in this gallery features collections from the 18th century and the centuries ahead of it. 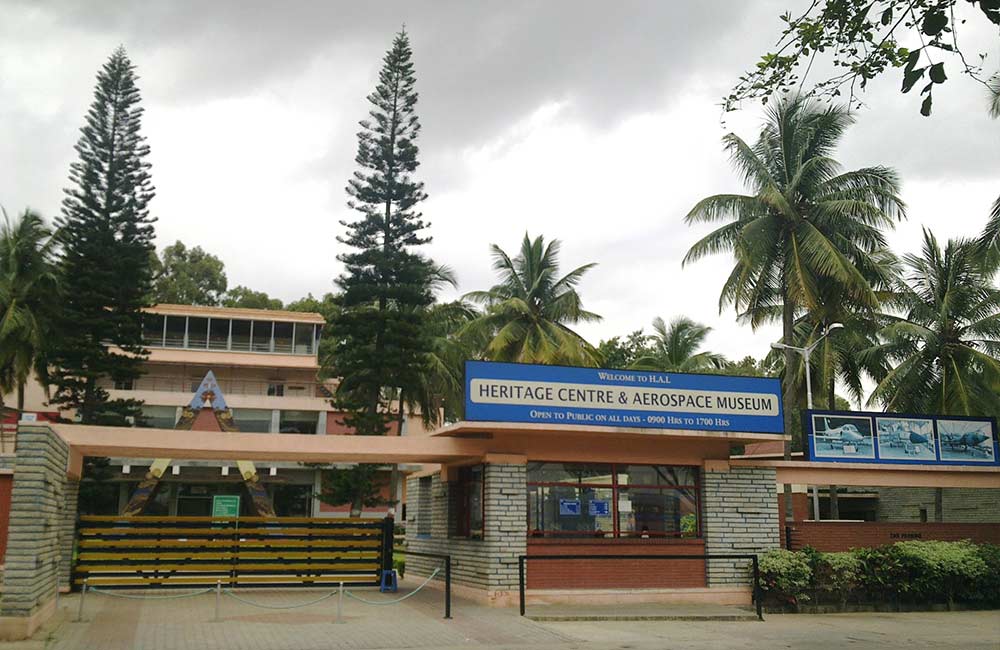 HAL, which stands for Hindustan Aeronautics Limited, is the organization which runs the one-of-its-kind aerospace museum in Bangalore. This museum is obviously loved by tourists fascinated by the field of aviation, but it is definitely a must-visit for all. The exciting history of aviation and aeronautics in India is something everyone would find worthy of learning about.

Of the two halls in the museum, the first one showcases the history of Indian aviation through pictures dating back to 1940 and every decade after that. The second hall exhibits the workings and technology of an Aero Engine through motorized cross-sections of many different models. 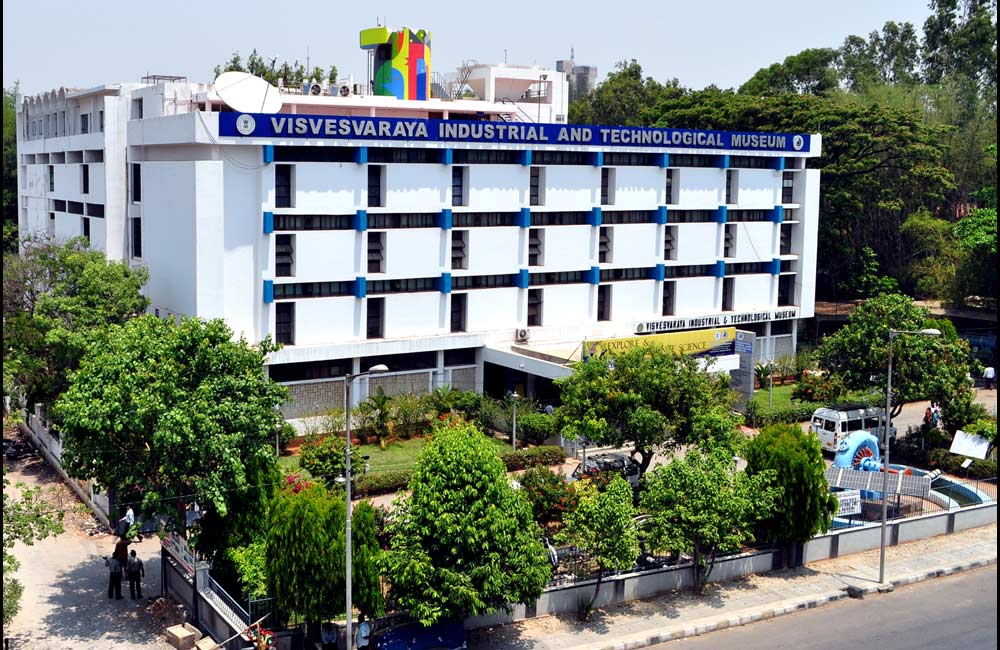 Visvesvaraya Industrial and Technological Museum | #8 of 8 Museums in Bangalore

Spread over an area of 4000 sq. m, the Visvesvaraya Industrial and Technological Museum was built in the memory of the famous namesake Bharat Ratna Indian engineer. This museum was opened to public in 1965, and ever since has attracted millions of visitors for its incredibly rich collection of science exhibits and interactive displays.

The museum has seven permanent exhibition halls dedicated to different principles of science, along with two others for special exhibits. Among the most popular displays here are Dinosaur Enclave and the replica of the famous Wright Brothers aircraft ‘Kitty Hawk’. Set up to inculcate children’s and adults’ interest in science and technology, this museum is surely a must-visit.

Now that you know that Bangalore is much more than just exciting clubs and cafes, head out to one of these museums to explore the rich culture of this gorgeous city! You might also love to visit the historical places in Bangalore to gain an insight into the city’s glorious past.