The Red Line of Hyderabad Metro runs in a northwest–southeast direction, passing through the centre of the city. It is around 29 km long and has 27 stations. The line uses standard gauge (1435 mm) tracks and 25 kilovolt alternating current supplied via overhead wires. The trains, which comprise three coaches, have a maximum speed of 80 km/h and headway of 4–10 minutes.

The Red Line is planned to be extended under Phase II of the metro development project beyond both its termini. From LB Nagar, it is being extended to Hayath Nagar, while from Miyapur, it will connect Patancheru. 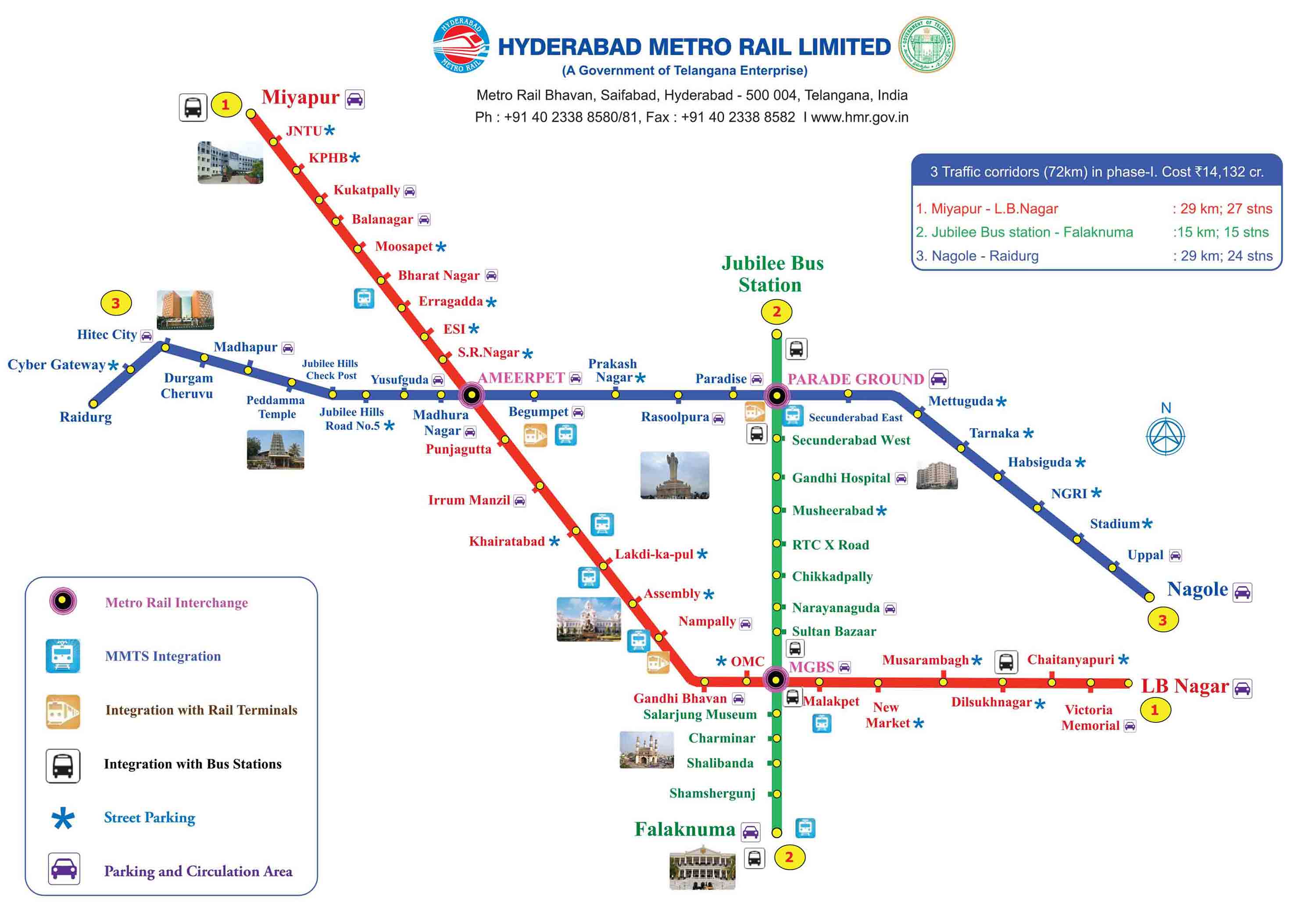