Hyderabad Metro is a mass rapid transit system, serving Hyderabad, the capital of Telangana. While Phase 1 of the system is still under completion, plans are already on the drawing board for Phase 2, which will provide connectivity to Rajiv Gandhi International Airport. All trains on the system comprise 3 coaches and they travel at a top speed of 80 km/h and average speed of 35 km/h. Presently, over 3 lakh (300,000) people travel on the 56 km long system through 48 stations. For regular commuters, smart cards are available, which can be recharged with ₹50–3000 at once. 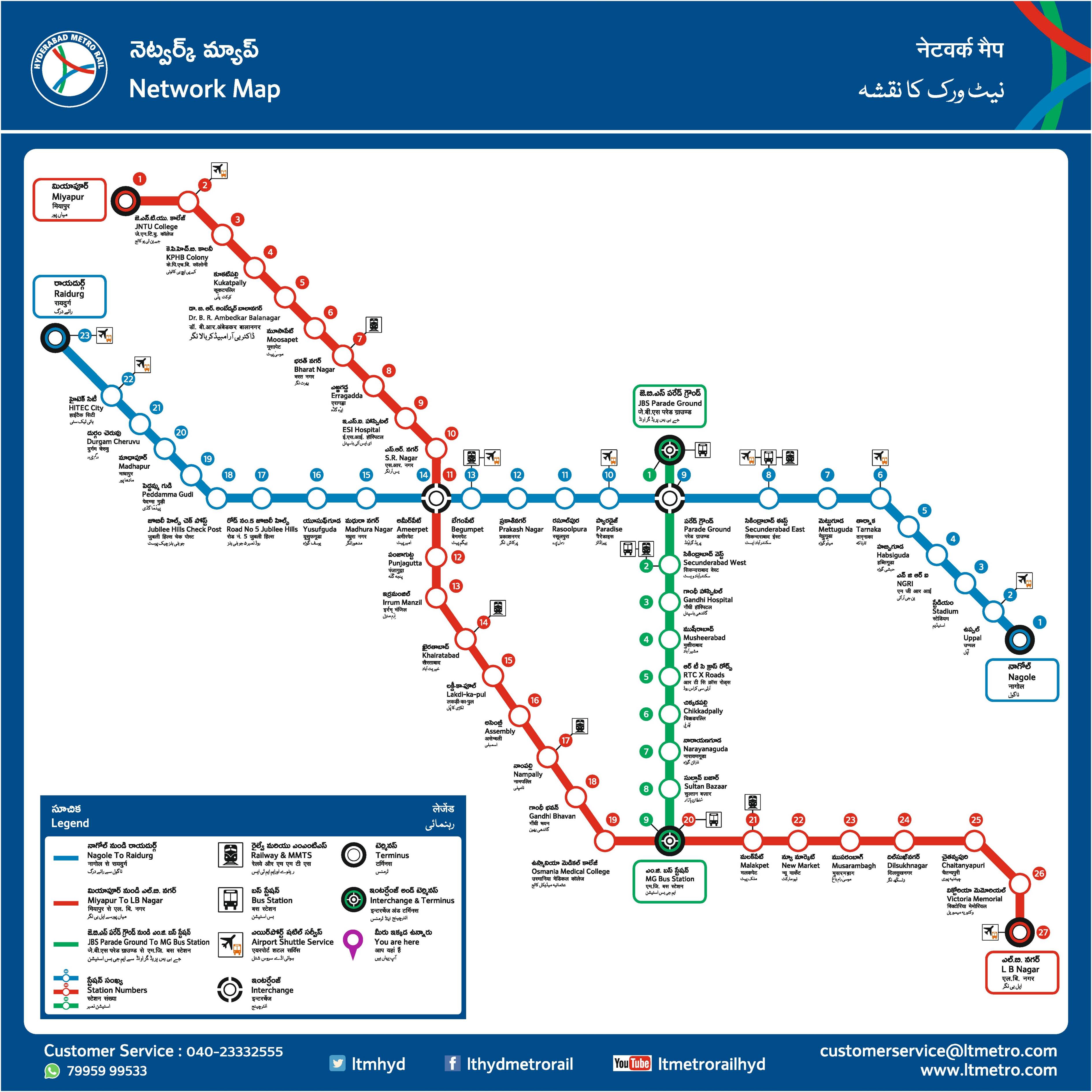