Lucknow Metro is a modern rapid transit system serving the city of Lucknow in Uttar Pradesh. Most of the system runs on elevated viaducts, while a small portion is underground. The trains, comprising 4 coaches, travel at a top speed of 90 km/h with a headway of 5 minutes. Standard gauge (1435 mm) tracks are used on the system, whereas 25 kilovolts of alternating current is supplied through overhead catenary. Currently, the system is used by just over 11,000 people on a daily basis.

The Red Line, which opened on September 5th, 2017, is the only operational line of Lucknow Metro. The roughly 23 km long line with 21 stations connects the south-western and north-eastern parts of the city, essentially linking its two busiest transit hubs. The trains consist of four coaches, and they have a maximum speed of 90 km/h and headway of 5 minutes. The Red Line uses standard gauge (1435 mm) tracks and 25 kilovolt alternating current fed into the trains by overhead catenary. All stations have artwork representing the city’s rich culture, including its famous attractions. 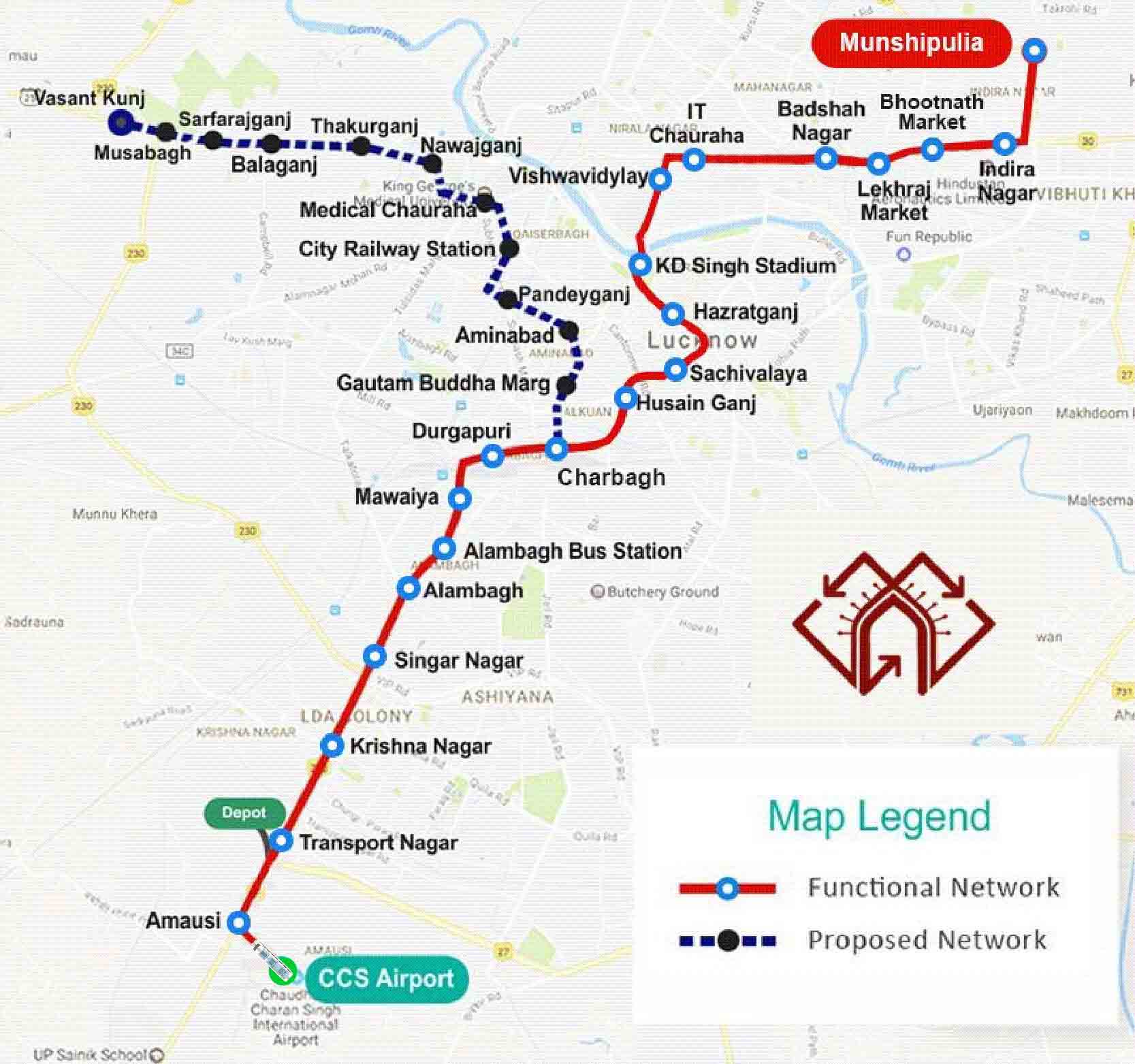