Chennai Metro serves the mass transit needs of the city of Chennai. It currently has its Phase 1 operational and under extension, whereas Phase 2 is under planning and tendering. The system has no at-grade tracks, and trains either run on elevated viaducts or underground. Chennai Metro uses 1435 mm (standard gauge) tracks and overhead catenary carrying an alternating current of 25 kilovolts. Every day, around 1.1 lakh (110,000) people travel on the 42 trains on the system, each of which has four coaches, across a route length of 45.1 km. 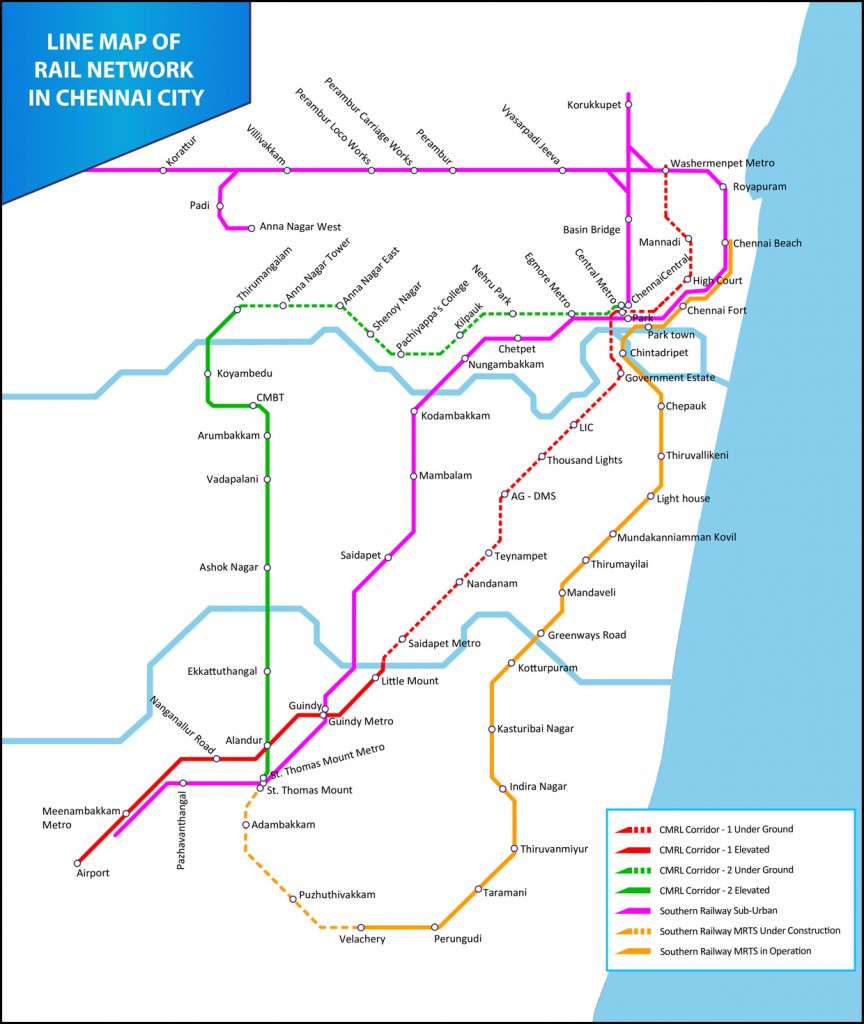