Located on the southwestern coast of India, Goa is one of the top tourist destinations in the country. This erstwhile Portuguese colony is best known for its serene beaches, forts and churches that date back to the colonial era, wildlife sanctuaries, museums, and rich culinary legacy. Goa also boasts of vibrant nightlife, thanks to the many beach shacks, pubs, and clubs dotting the region. What’s more, it is the only Indian state where you can find floating casinos.

Tourism and tourism-related industries and businesses form the backbone of Goa’s economy. As per the Department of Tourism, over 80 lakh tourists visited Goa in the year 2018 of which Indian tourists constitute over 70 lakhs and international tourists constitute over 9 lakhs. Also, as on June 2019, Goa has 3881 hotels sprinkled across its northern and southern districts. These hotels, which include budget hotels, paying guesthouses, heritage properties, and star hotels, cater to the influx of Indian and international tourists all through the year. The months of December and January mark the peak tourist season in the state. 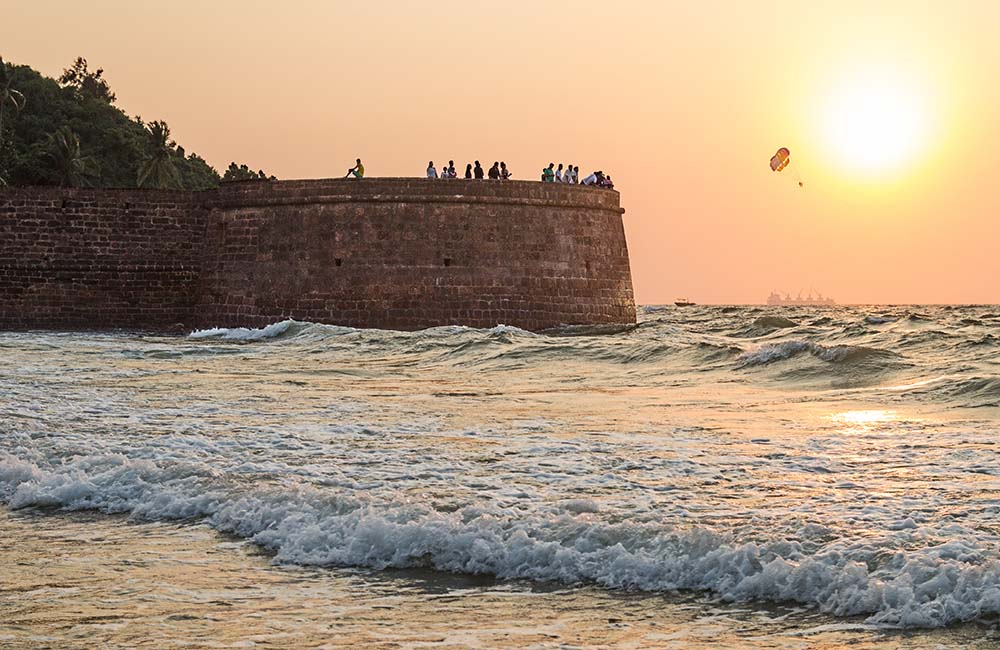 Evidence from rock art engravings suggests that the region that is currently called Goa has been inhabited by humans even during the Paleolithic Age. From the third century onwards, it has been under the reign of different dynasties and powers, such as the Mouryas, Bhojas, Kadambas, Delhi Sultanate, and Adil Shahis, to name a few. In the 16th century, Goa came under the rule of the Portuguese. The period of Portuguese colonialism, which lasted for about 450 years, played a pivotal role in shaping the modern history and culture of Goa. The Portuguese rule ended in 1961 when Goa was annexed to the Republic of India through Operation Vijay, the armed action carried out by the Indian Armed Forces. Although initially organized as a Union Territory, Goa was declared as the 25th state of India in 1987.

Goa is a state in the Konkan Region aka Konkan Coast which forms the western coastline of India. It shares its border with two other Indian states, namely Karnataka on the east and the south and Maharashtra on the north, while the western side is bordered by the majestic Arabian Sea. There are seven major rivers running through the state of which Zuari, Mandovi and Chapora are the most famous ones. The entire state is divided into two districts – North Goa and South Goa. While the northern part is famous as a partying hub, the southern part is ideal for laid-back beach vacations.

Due to its proximity to the coastal line, the region has a tropical monsoon climate marked by heat and humidity. The best time to visit Goa is from October to February. Summers are pretty harsh across the region and hence a trip to Goa during summers (March to June) is best avoided.

Places to Visit in Goa 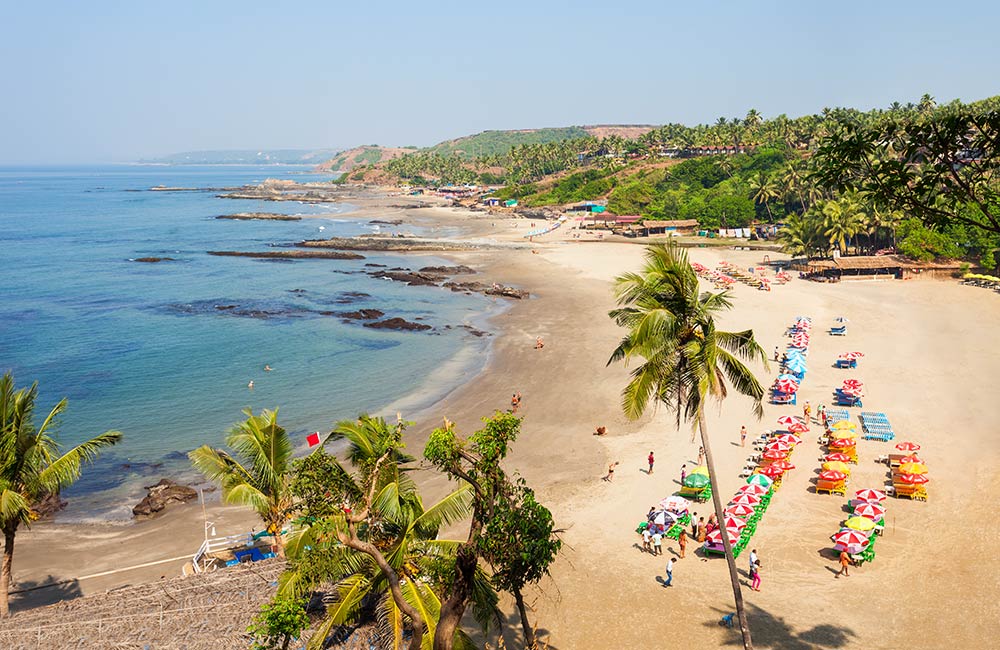 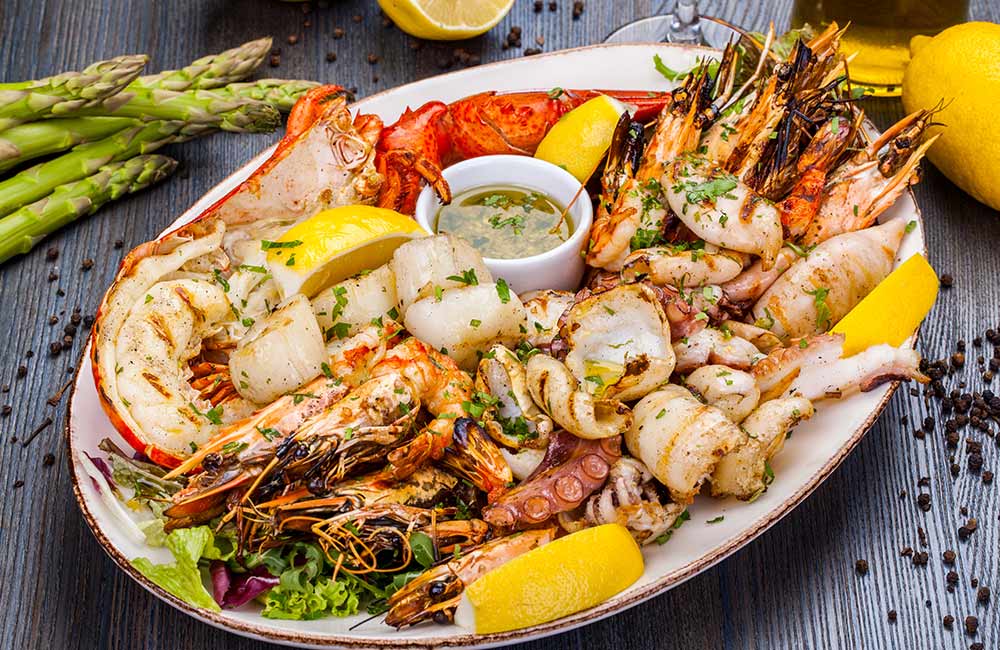 Goa is known for its amazing variety of seafood dishes, many of which carry influences of Portuguese cuisine. Rice with fish curry is one of the staple items in the region and you will get it across all restaurants in Goa. Other popular Goan food items include Pork Vindalho, Goan Fish Curry, Xacuti, Sorpotel, Chorizo (pork sausage), Feijoada, Chicken Cafreal, Fish Reacheado, Sorak, Samarachi Kodi, Sannas, Ros Omelette, and Khatkhate, to mention a few. The must-try sweet dishes of Goa include Bebinca, Dodol, and Patolea while Feni is the most popular alcoholic beverage in the state. 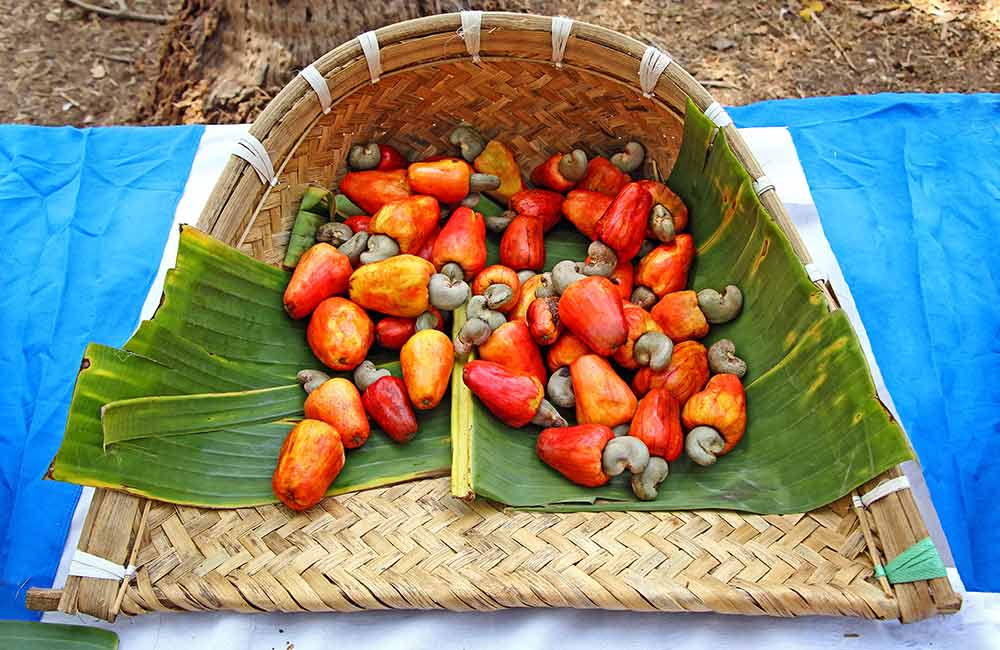 From flea markets and local bazars to stand-alone stores, and boutiques, there are a plenty of places to shop in Goa. Some of the best things and souvenirs to buy from Goa are:

Things to Do in Goa

How to Reach Goa

By Air: Goa has only one international airport which is located in Dabolim near Vasco da Gama. Many airlines have regular services between Goa Airport and major Indian cities like Bangalore, Mumbai, Delhi, Ahmedabad, Chennai, Lucknow, Hyderabad, Pune, etc. A few international flight services are also available from this airport, especially to the Middle Eastern cities like Sharjah, Muscat, and Dubai.

By Rail: The South Western Railway Line and Konkan Railway Line connect Goa to the rest of the country. The major railheads in the state are in Margao / Madgaon, Vasco da Gama, Thivim. There are regular trains, including Rajdhani and Sampark Kranti Expresses, connecting these stations to all major cities in India.

By Road: Most parts of Goa are well-connected by road. NH 66 (formerly known as NH 17) is one of the major national highways passing through Goa. It connects the state to Mumbai in the north and to Karnataka, Tamil Nadu, and Kerala in the south. Other important national highways passing through the state are NH-4A, NH-366, and NH-566. The state-run road transport service of Goa is known by the name Kadamba Transport Corporation (KTC). The state road transport services of Karnataka (KSRCT) and Maharashtra (MSRTC) also offer bus services to Goa. You will get regular overnight buses – both state-run and private – from Goa to neighboring states like Bangalore, Mangalore, Mumbai, and Pune.