…Punjab beyond Butter Chicken and Bhangra

What can one say about Amritsar?! It has got to be one of the liveliest cities in the country. The vibrant bazaars overflowing with colourful clothes, restaurants drawing people with the aroma of spices, and people drinking and making merry make Amritsar an incredible place. Apart from all this, Amritsar and entire Punjab in general has a rich warring past, primarily owed to the Khalsa cult established by the Sikh Gurus. And, wherever there are battles, there are forts. So, in this blog, we are going to tell you about the several forts near Amritsar, effectively taking you away from the usual butter chicken and bhangra, the city is synonymous with. Here you go: 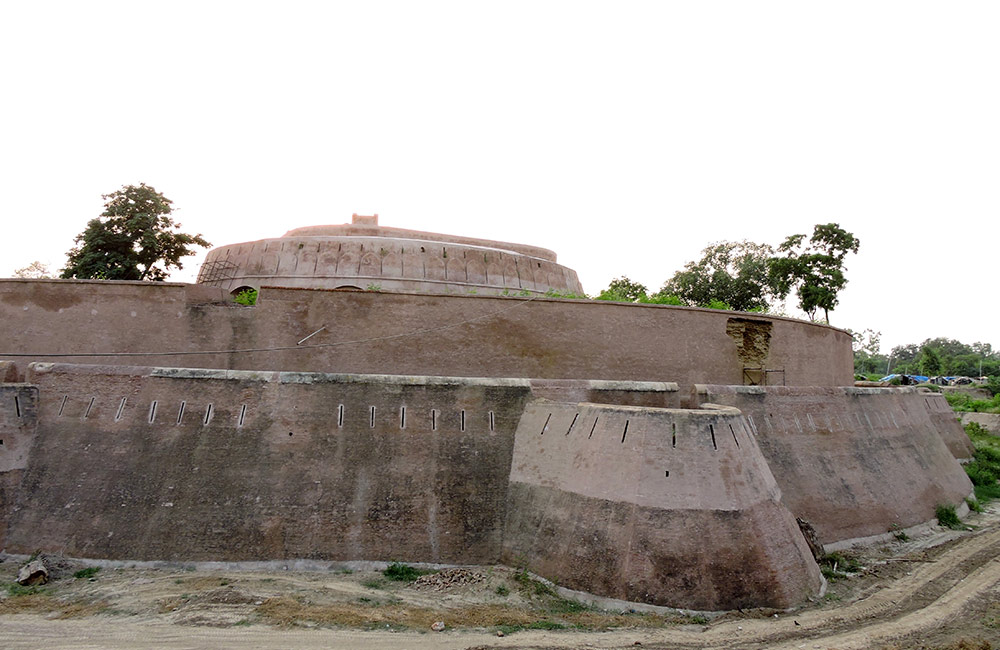 Gobindgarh Fort | #1 of 6 Forts near Amritsar

Originally built by a local chieftain by the name of Gujjar Singh Bhangi, Gobindgarh Fort was renovated by Maharaja Ranjit Singh, who named it after Guru Gobind Singh. This square-shaped fort, built with lime and bricks, stands in the centre of the city of Amritsar. The fort consists of four bastion towers and a rampart apart from several gates. In its heyday, the fort had 25 cannons mounted on its turrets. Since its renovation by the Government of Punjab, several attractions have been added, such as a 7D show, museums and a performance stage.

Trivia: The fort is supposed to have a tunnel, which leads all the way to Lahore in Pakistan

Faridkot Fort might be small, but it has a lot to offer in terms of architectural brilliance and opulence. Constructed originally in the 13th century, it has been expanded and renovated by several rulers, getting its present look in the 19th century. The most notable attraction within the fort is Sheesh Mahal, which, as its name suggests, is inlaid with thousands of pieces of glass, along with bird figures as well as paintings depicting scenes from the Hindu mythology. Moti Mahal, treasury, garden, Durbar Hall and a gurudwara are also worth visiting within the fort.

Trivia: The Durbar Hall has a system of tunnels which brings in fresh air, keeping it naturally cool even during the scorching summer. Read also – Weekend Getaways from Amritsar 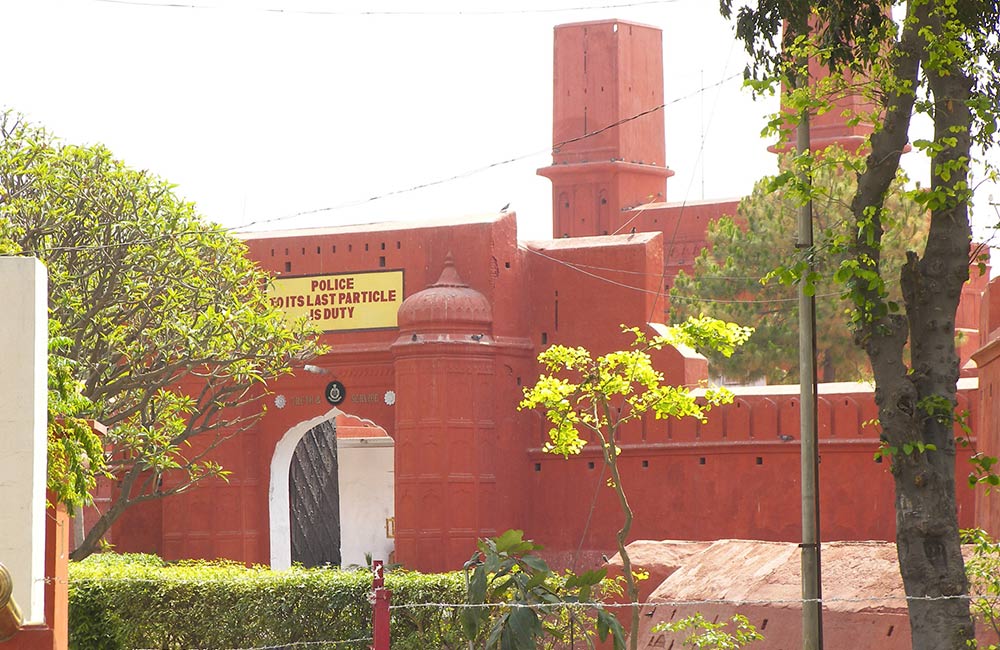 Phillaur Fort | #3 of 6 Forts near Amritsar

Phillaur Fort was constructed near the Grand Trunk Road by the Mughal emperor, Shah Jahan, as a sarai (a motel where travellers could rest at night). It was only after the area was taken over by Maharaja Ranjit Singh that a proper fort was built here. The fort houses the mausoleum (mazar) of a saint, named Pir Baba Abdullah Shah Ji, who offered himself to be sacrificed by Maharaja Ranjit Singh on advice from a religious leader.

Trivia: The European architecture of the fort is owed to French and Italian generals allied with Maharaja Ranjit Singh 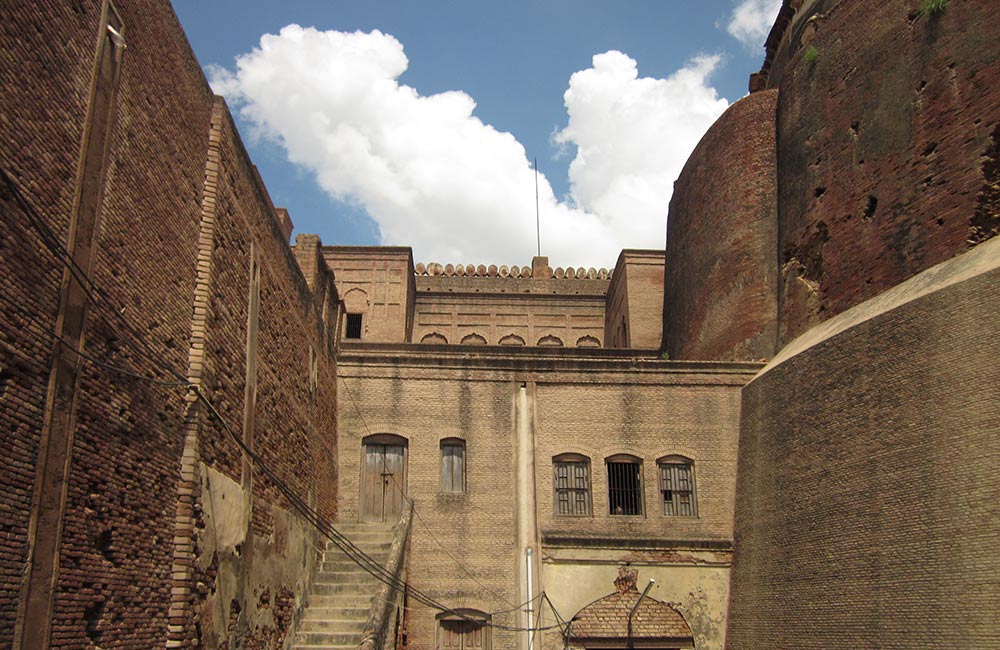 Bathinda Fort | #4 of 6 Forts near Amritsar

Known as Qila Mubarak, Bathinda Fort is said to have been constructed in the 12th century, making it one of the oldest surviving forts in India. Some accounts claim that the fort is even older, being constructed by the legendary Kushana king, Kanishka, in the 2nd century AD! Its humongous gates flanked by bastion towers still instil a feeling of awe. There is even a gurudwara here, constructed to commemorate the visit of Guru Gobind Singh. Further, the fort is home to palaces as well as lush gardens where you can spend some relaxed moments.

Trivia: Razia Sultana, the first female Sultan of Delhi, was imprisoned here after her defeat. During her imprisonment, she jumped off the balcony to gather an army 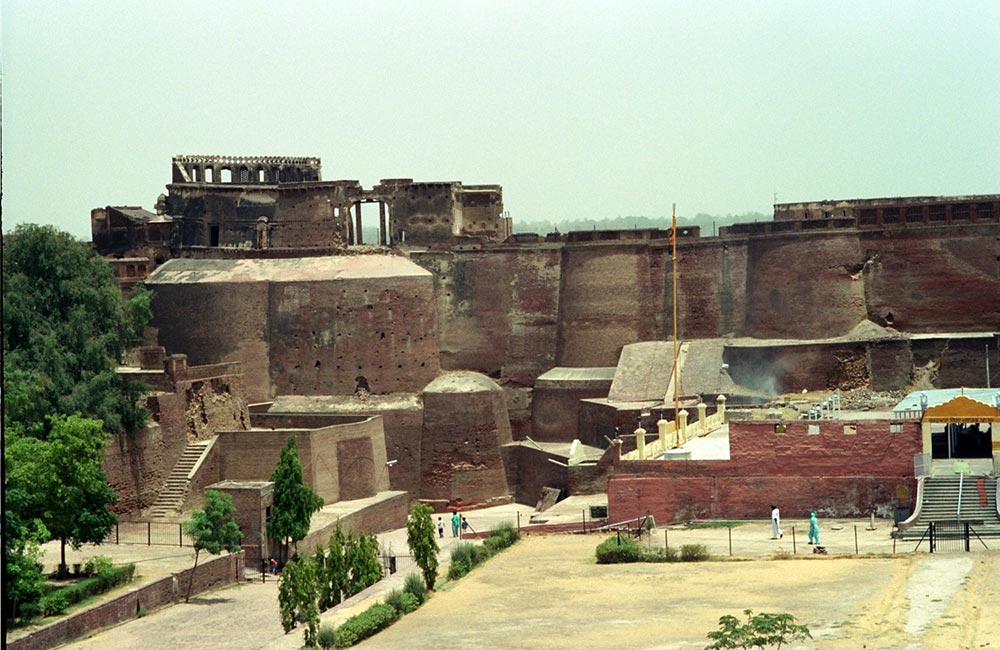 Qila Mubarak | #5 of 6 Forts near Amritsar

Built by the founder of the Patiala dynasty, Baba Ala Singh in the 18th century, it is perhaps the only fort near Amritsar which blends Mughal architecture with Rajasthani elements. The inner part of the fort, known as androon qila, houses several palaces that are adorned with colourful frescoes depicting incidents mentioned in Punjabi folklore. As is with several forts in India, Qila Mubarak too houses a Sheesh Mahal. Apart from this, the Durbar Hall, Jalau Khana, Raan Baas and Sarad Khana are noteworthy structures here.

Trivia: The flame burning here was brought from Jwalamukhi Temple in Kangra by Baba Ala Singh in the 18th century.

The fort was built by Nawab Saif Khan in 1658 during the rule of Mughal emperor, Aurangzeb. Interestingly, while most forts near Amritsar have a square or rectangular plan, Bahadurgarh Fort is circular, with a moat running around its perimeter. The architecture of the fort reflects an intermixing of Mughal and Sikh aesthetic influences. Within the fort, you can visit a gurudwara as well as a mosque.

Trivia: The fort was named Bahadurgarh in honour of Guru Tegh Bahadur, who was invited to stay here by the Nawab

So, what are you waiting for? Head out of your hotel in Amritsar for a mini-trip and get ready to be amazed by these incredible forts that have managed to survive for centuries.