Bangalore, if you go by popular accounts, is the Silicon Valley and the Garden City of India. It is a city, lavishly dotted with corporate offices, swanky malls, quirky restaurants, trendy cafes, placid lakes, and lush green gardens. Naturally, a historical edifice or an age-old monument is something you would least expect to find here, but Bangalore indeed has places where slices of history are neatly preserved. And, we are talking not just about palaces and forts and other such structures that perfectly fit the textbook definition of ‘historical monuments’. When in Bangalore, you may stumble upon a piece of history anywhere, even in the high court or the legislative assembly buildings. Sounds intriguing? Read on, as we take you through some of the finest historical places in Bangalore.

To know more about these places in detail, read further.

Forts and Palaces in Bangalore

The cultural heritage of Bangalore has been shaped by several empires and dynasties, including the Chalukyas, Hoysalas, Kadambas, Vijayanagara Empire, and to some extent by the Mughals and the colonial rulers as well. It is this confluence of cultures that resonates in its forts and palaces. Here’s a handpicked list. 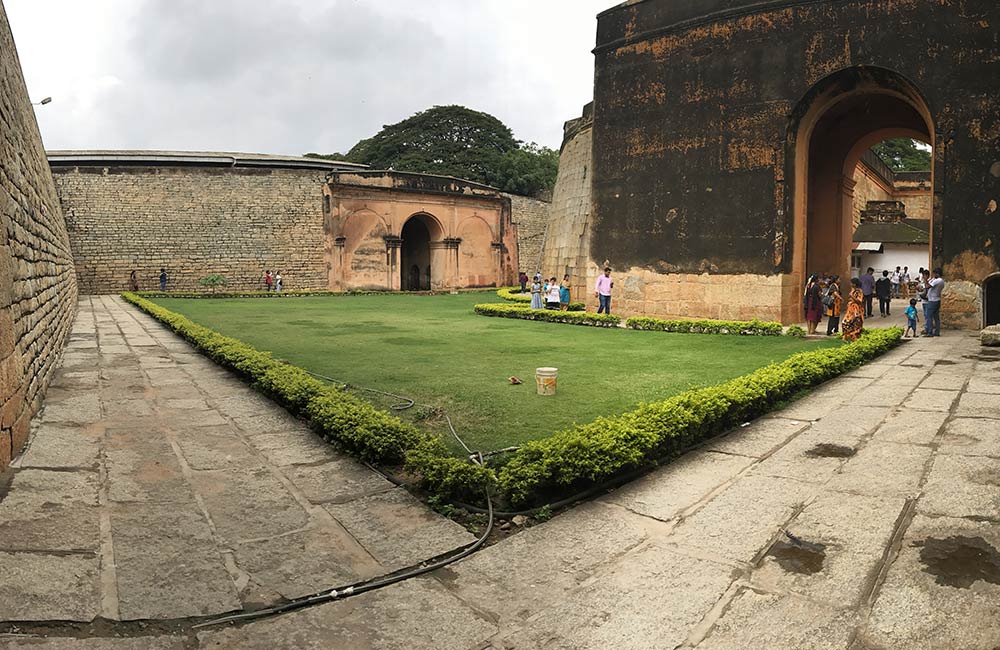 Does the idea of visiting the remnants of a fort that once provided the setting for a treasure hunt in a fantasy novel fascinate you? Then Bangalore Fort, which traces its origin to 1537, has to be on your list of historical places to visit in Bangalore.

It was built by Kempe Gowda I, the founder of Bangalore, as a mud fort extending over a one-mile perimeter; it had nine large gates. Hyder Ali, after he took control of it in 1761, reinforced it with stones. However, much of this historical structure has lost out to the tides of time. The bustling fort once included Tipu Sultan’s Summer Palace, his armory, a temple, a church, a cemetery, and even a school. You may not be able to see many of these structures today, but you can still see the Delhi Gate of the fort, which remains in a well-preserved condition. 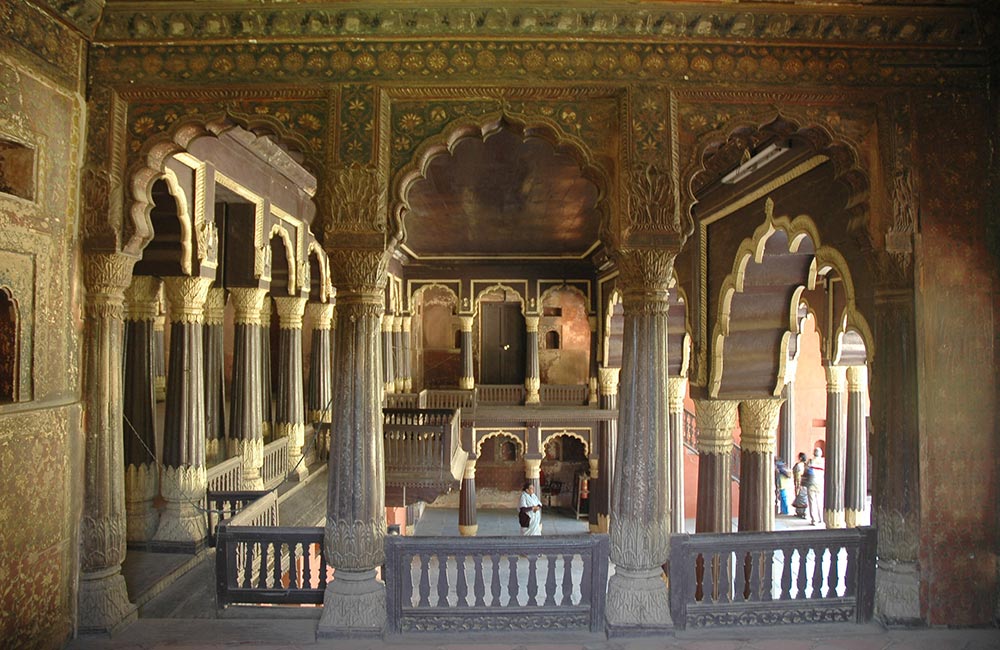 Imagine walking through the balconies and rooms of a palace that had once been the abode of the Sultan of Mysore. You can walk back in time and experience royal grandeur when you take a visit to Tipu Sultan’s Fort and Palace, located right in the heart of the city. Since the place served as the Sultan’s summer retreat, it is also known as Tipu Sultan’s Summer Palace. Interestingly, it was a part of the Bangalore Fort, but owing to its tourist prominence, has come to be known as a separate entity.

It was Hyder Ali who started the construction of the fort and it was completed during the reign of his son Tipu Sultan, in 1791. Adorned with elaborate arches, pillars, and balconies, the palace reflects the Indo-Islamic style of architecture. The entire palace, built with teak wood, is embellished with floral motifs on the walls. A small museum is housed in the ground floor of the palace, where you can learn a thing or two about Tipu Sultan’s achievements as an administrator. You can also take a look at his crown and clothes that are displayed at the museum along with old coins, portraits, silver vessels, and more. And, the museum also has a very interesting exhibit – a replica of Tipu’s tiger, the original of which is preserved at the Victoria and Albert Museum, London. 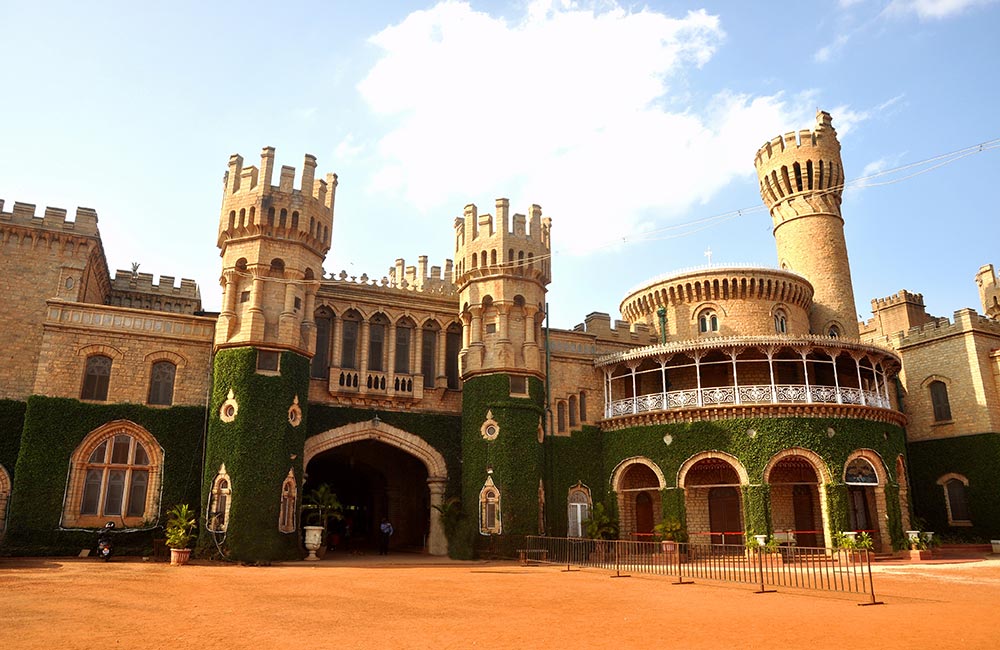 If you ask any Bangalorean to list down the iconic monuments in Bangalore, the name of Bangalore Palace is sure to come up right at the top. And why not? After all, it’s not common to come across an opulently decorated palace that stands upon a ground area of 454 acres and spreads over 45000 sq feet, in a city like Bangalore!

Beauty and grandeur apart, what really catches everyone’s attention is the architecture of the building that follows the Tudor Revival style. Designed with turrets, battlements, and fortified towers, the exterior of the structure is as impressive as the interiors. Once you enter the palace, you will be surrounded by floral motifs, stylish wood carvings, cornices, and paintings. Built in 1878, the structure is ornamented with furniture exhibiting various styles, including Victorian, Neo-Classical, and Edwardian. All in all, the Bangalore Palace is a must-visit historical attraction of the city.

Places in Bangalore with Historical Significance

When in Bangalore, you don’t always have to ‘visit’ historical places as you will find history in the places you visit. Here’s to you a list of places in Bangalore with deep historical significance. 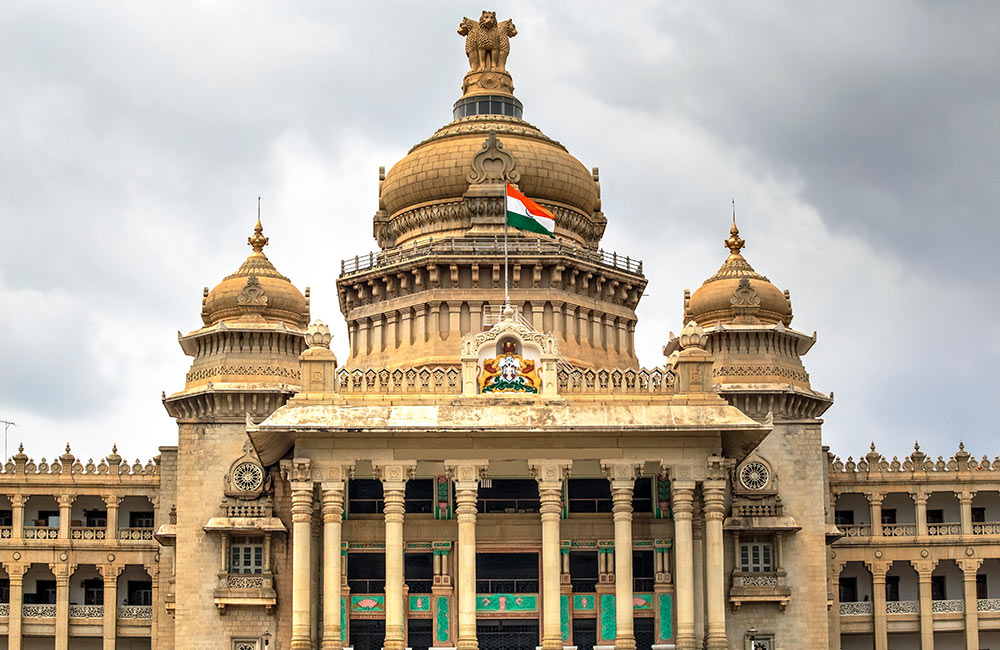 When we say history, it doesn’t necessarily have to be one that involves kings and queens and battles and palaces. How about visiting a place that has played an undeniable role in shaping the modern history of Karnataka? Yes, we are talking about Vidhan Soudha, the seat of Karnataka’s state legislature. There can be just one term to describe this building: an architectural gem. A fine example of the Neo-Dravidian style, with traces of Dravidian and Indo-Saracenic architectural elements, Vidhan Soudha is as enticing in its looks as the debates and discussions happening inside it.

Extending over 60 acres of land, the building takes pride in being the largest such building in India. The foundation stone for this building was laid in 1951 by Pandit Jawaharlal Nehru and KC Reddy, the then Chief Minister of Karnataka. Entry to the inner chambers is restricted for visitors, but the whole building is illuminated on every Sunday and public holidays, making it an absolute visual treat. 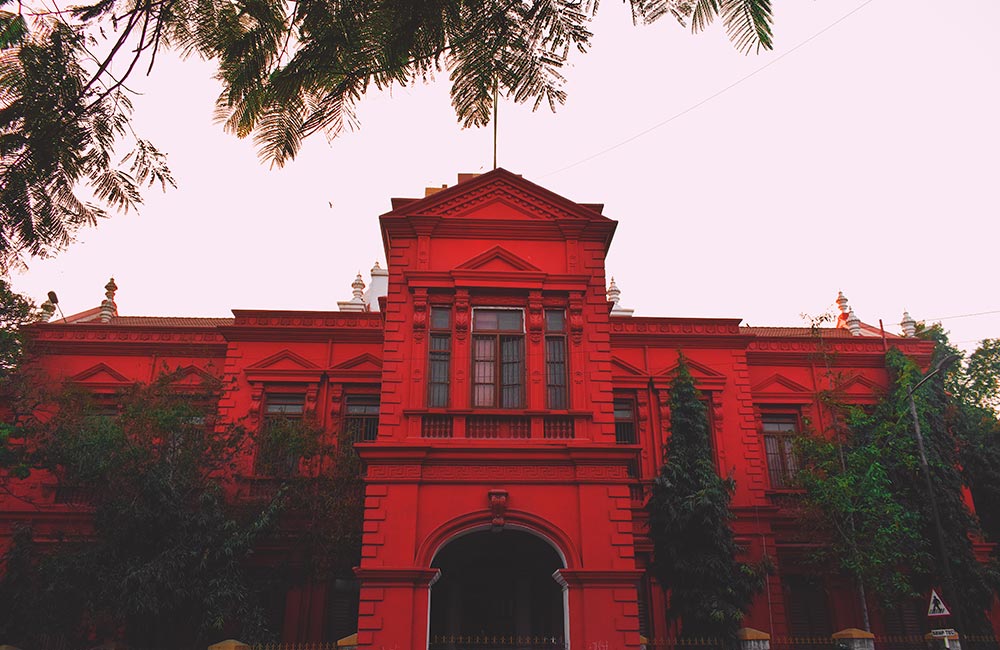 In the heart of Bangalore stands Mayo Hall, a remarkable monument built in honor of the 4th Viceroy of India, Lord Mayo. It is a beautiful two-storey structure that dates back to 1883. Strategically located, it offers a panoramic view of the Bangalore Race Course and the Brigade Grounds on one side and Ulsoor Lake and Parade Grounds on the other side.

This artistically created building houses the Kempegowda Museum on the upper floor and several departmental offices of the Bangalore Mahanagara Palike (the administrative body of the city) on the ground floor. Adorned with ornate furniture, Italian chandeliers, pediment windows, balustrade ledges, exquisite consoles, and wooden floors, it stands as one of the most impressive public buildings of the city. 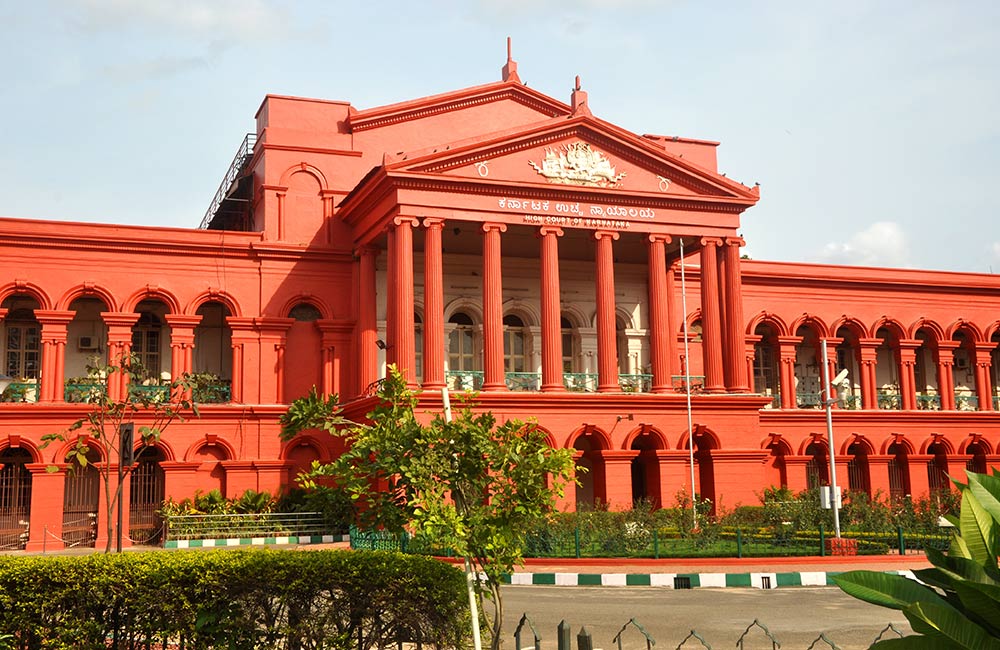 Some buildings draw attention by the majesty of their architecture, while some do it with their historical relevance. Attara Kacheri, a building that houses the High Court of Karnataka, merits count on both these aspects. Tracing its origin to 1884, it stands as one of the most significant historical buildings in the city.

Attara Kacheri, means ‘eighteen departments’, is a two-storey, red brick building designed in the Neo-Gothic style of architecture. Standing in front of the white-columned Vidhana Soudha, the grand structure presents a perfect picture of contrast. The building also houses a one-of-its-kind museum on the ground floor that brings alive the history of the court through a number of artifacts.

Bangalore has a long list of many such impressive buildings and places. But, if your heart desires to explore something really exciting and adventure-filled, how about exploring the haunted places in Bangalore? 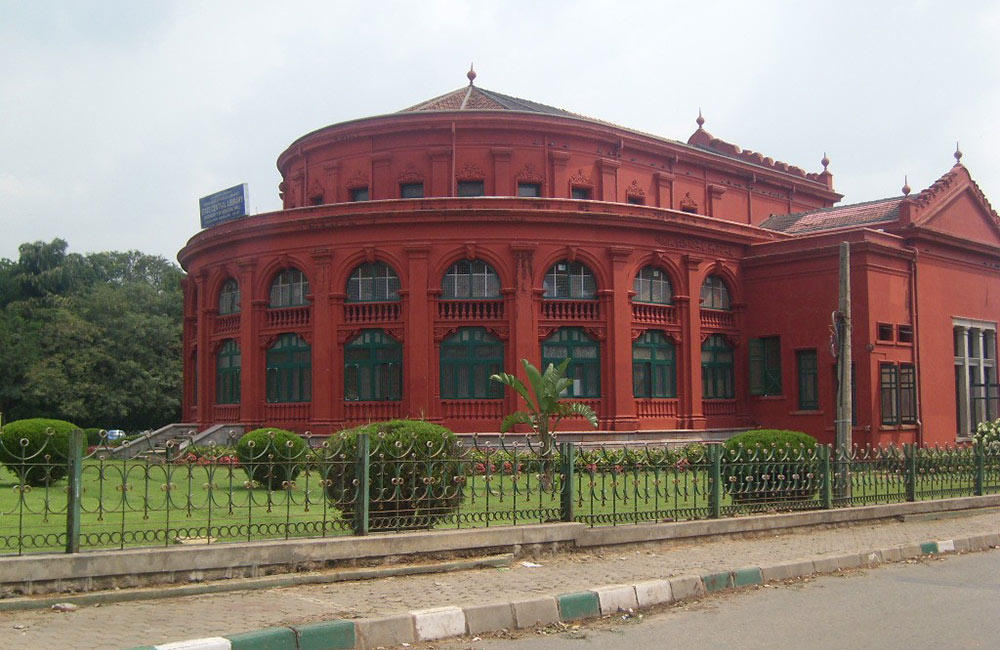 If you are a bibliophile, you will be definitely thrilled to visit the Seshadri Iyer Memorial Hall as the building houses the Seshadri Memorial Library. It boasts a huge collection of around 2.65 lakh books and includes a Braille section as well. The library, spread across an area of 300 sq. m, is a reader’s paradise.

Constructed in the year 1915, the building exhibits a classic European architectural style, replete with Corinthian and Tuscan columns. Dedicated to Sir K. Seshadri Iyer, the Dewan of Mysore between 1883 and 1901, the imposing red building stands in the middle of Cubbon Park and is hence surrounded by greenery. A lovely rose garden in the front further adds to the beauty of the structure.

By the way, when you make your itinerary of things to do in Bangalore, do not forget to keep aside some time to visit the Cubbon Park, which is the green lung of the city. 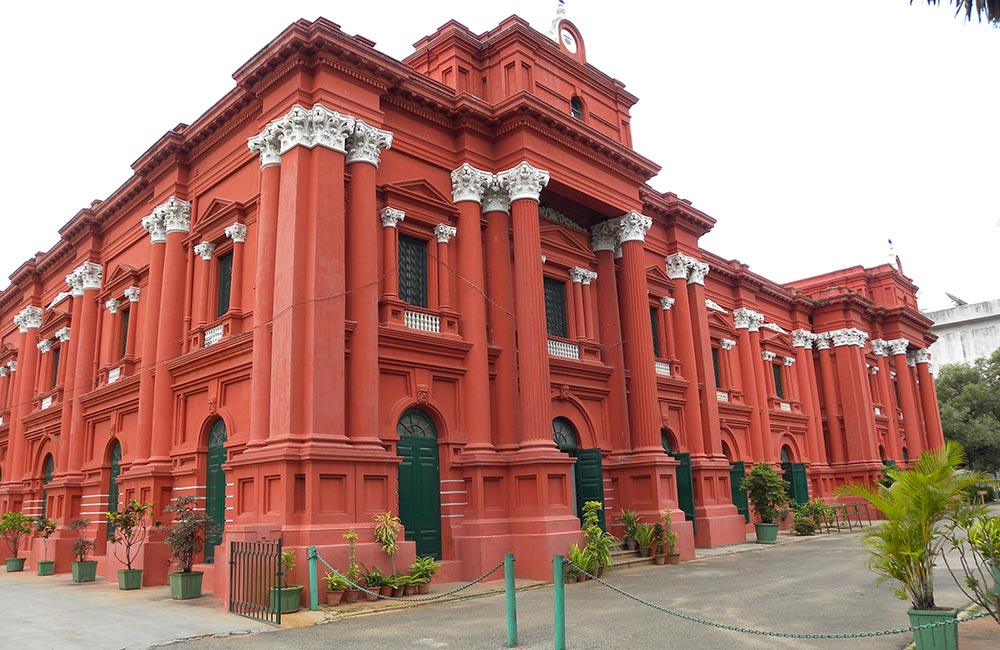 Museums are places where you can get glimpses of history through a variety of objects and artifacts. The Government Museum in Bangalore, however, is not only a treasure trove of geological and archaeological artifacts, but also a historical building in itself. Established in 1865, it counts amongst the oldest museums in India.

The museum, built in the Neo-Classical architectural style, comprises two exhibition floors that are compartmentalized into eighteen galleries, each of which will take you down the lanes of history. Among the main attractions of the museum are artifacts from Vijayanagara and Mohenjodaro, weapons from Kodagu, rare paintings from Tanjore, Mysore, and Deccan, and some of the earliest Kannada inscriptions. The museum also houses a captivating model of Srirangapatna Fort of Tipu Sultan. You can also find a number of historical musical instruments at this museum.

While this museum will provide you with food for thought, the city does have a number of places where you can food for your belly too. Read about the best restaurants in Bangalore where you can satiate your hunger pangs. Or, you may even choose to enjoy the street food of Bangalore, the choice is yours! 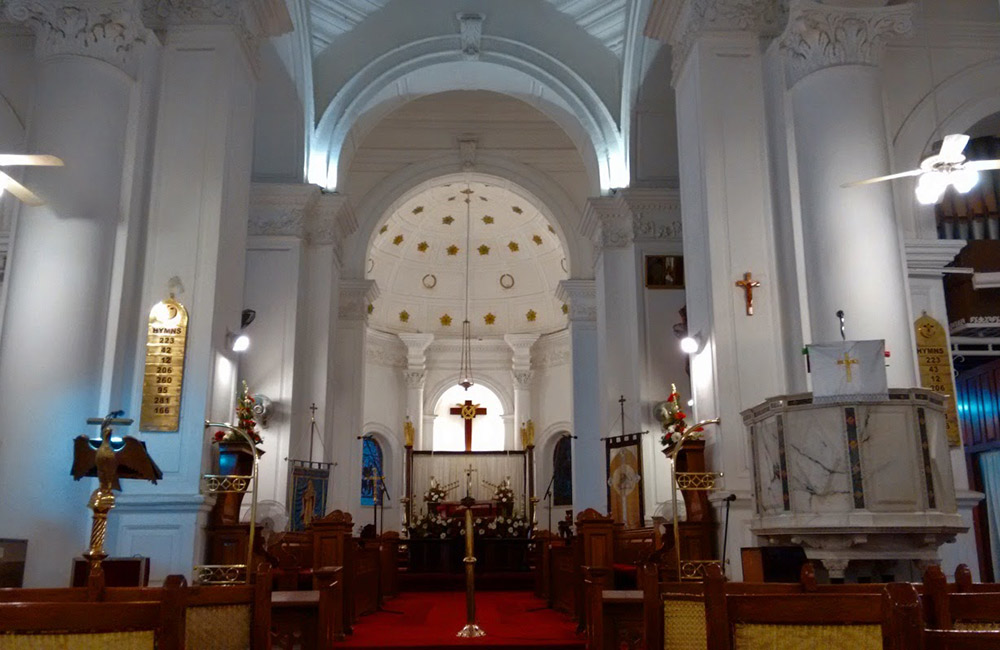 A church with a history of more than 200 years surely deserves a place on the list of the historical attractions in Bangalore, doesn’t it? That’s St. Mark’s Cathedral for you! Founded in 1808 and consecrated in 1816 by the Bishop of Calcutta, St. Marks is one of the oldest churches in Bangalore. The building, modeled after the St. Paul’s Cathedral in London, and exhibits the Baroque style of architecture, with elaborate carvings and woodwork. It stands surrounded by a number of umbrella trees, Gulmohar, temple lilies, and cassias, all of which enhance the aesthetic beauty of the building. While the building has undergone reconstruction ever since its construction, it remains one of the most visited churches in Bangalore. 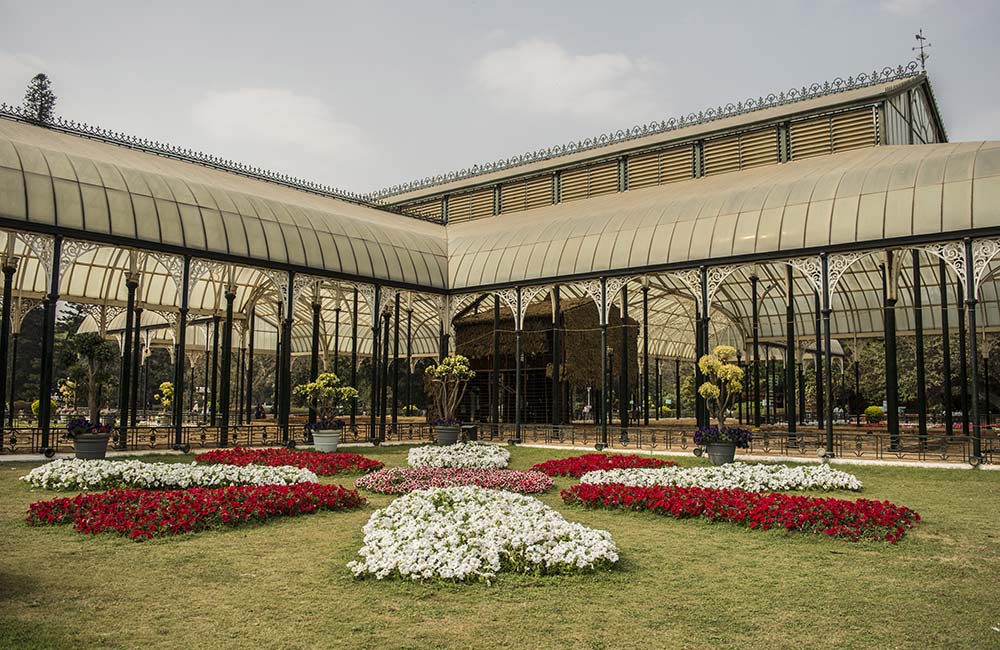 Wait before you say in total disbelief ‘Lal Bagh and history? No way”! Truth be told, this botanical garden that spreads over 240 acres and houses the largest collection of tropical plants in India is indeed rich in history. The construction of this garden was commissioned by Hyder Ali, who wanted it to be based on the designs of the Mughal Gardens. A key attraction of the garden is its famous glass house that dates back to 1889. It has been modeled on Crystal Palace in London. During your visit to the garden, do not miss out checking the Lalbagh Rock, which is one of the oldest rock formations found on the surface of the earth. Dating back to 3000 million years, it is one of the star attractions of Lal Bagh.

The garden also has a beautiful lake and is home to various species of birds. It hosts two annual flower shows (on 26th January and 15th August) that draw in visitors from far and near.

While these are among the top historical places to visit in Bangalore, there are several other attractions that are equally interesting. The city won’t disappoint you if you decide to indulge in some fun and frolic with your buddies. With a plethora of shopping malls, gaming zones, and water parks in Bangalore, you are never too far away from a fun-filled day. So, don’t wait any further. And, how can one talk about Bangalore without mentioning its famous nightlife? Read our blog on the top pubs in Bangalore where the drinks keep flowing and the DJ keeps spinning!

So, what are you waiting for? Book your flights and hotels already…