The picturesque hill station of Ooty in southern India is among the post preferred holiday destinations in the country. Famous for its pleasant climate and lush greenery, Ooty is fondly known as the ‘Queen of Hills’. The road leading to the town is full of hair-pin bends and your thrill will begin even before you are ready for all the fun in Ooty. An ideal destination to explore with family and friends, this hill town in the Nilgiri Mountains should be your go to place in your upcoming vacation season. Ooty Lake, Botanical Garden, Emerald Lake, Kamraj Sagar Dam and many more top attractions should be on your list of places to visit in Ooty, but we recommend that you also explore some of the historical places in this hill town. Here is the list: 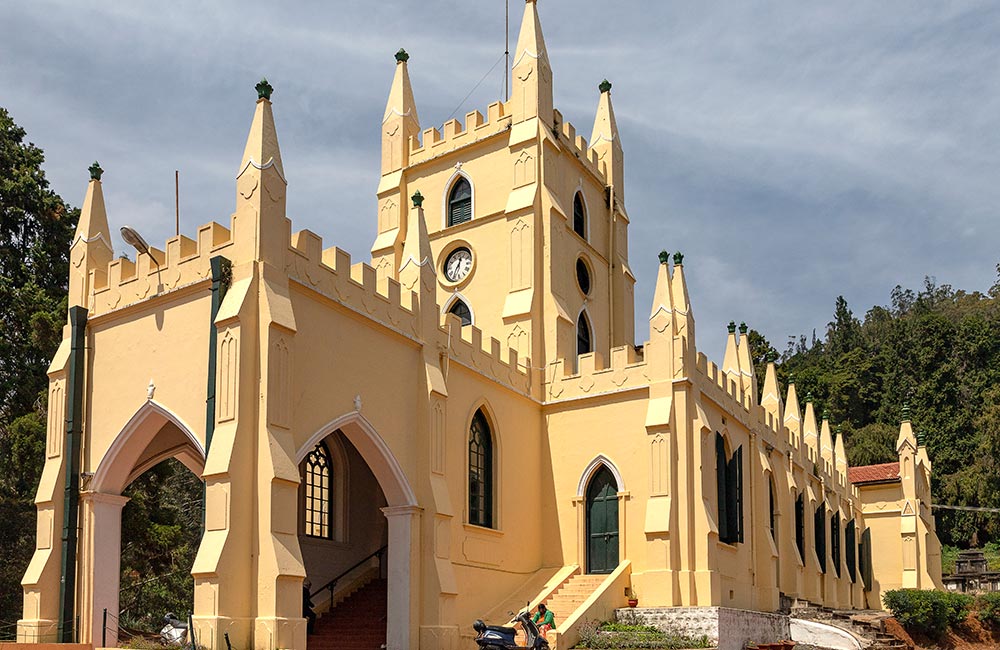 The St. Stephen’s Church is probably one of the most visited historical attractions in the hill station of Ooty. Built in the 19th century, this pale yellow colored building has a British architectural style featuring stained glass windows, and there is use of plenty of wood in its design. It is said that the wood that has been used in building the church was brought from Tipu Sultan’s Palace, after his defeat in the hands of the British in the Mysore War.

There is a sense of peacefulness about this church, something that you will experience when you are on a visit here. One thing that you should not miss while in this church is the fantastic painting of the ‘Last Supper’ and the various scenes depicted on the walls that present different phases of Jesus Christ’s life.

Read more: Top 8 Churches in Ooty for a Spiritual Experience 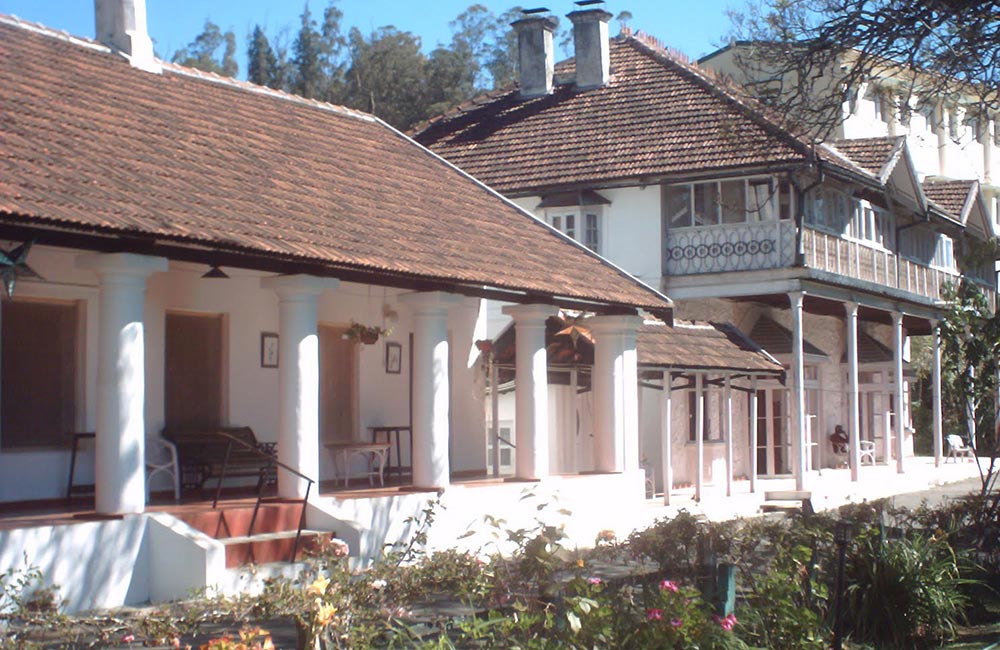 The Ootacamund Club, a private club, was founded by Captain Douglas in 1841, and he along with 7 other officers of Bombay and Madras Armies of the British formed the first committee of the club. At the beginning, there were about 360 members but with passing years, it increased manifold. Hence, there came a time when additional facilities became necessity in the club. Subsequently, new chambers were added to the facility in 1898 and 1904. The club was incorporated under the Indian Companies Act in 1889 and a year later, it was presented with a squash racquet court by the then Maharaja of Vizianagaram. If you wish to be transported back to the past for a few hours, then come to the Ootacamund Club; your wish will get fulfilled! 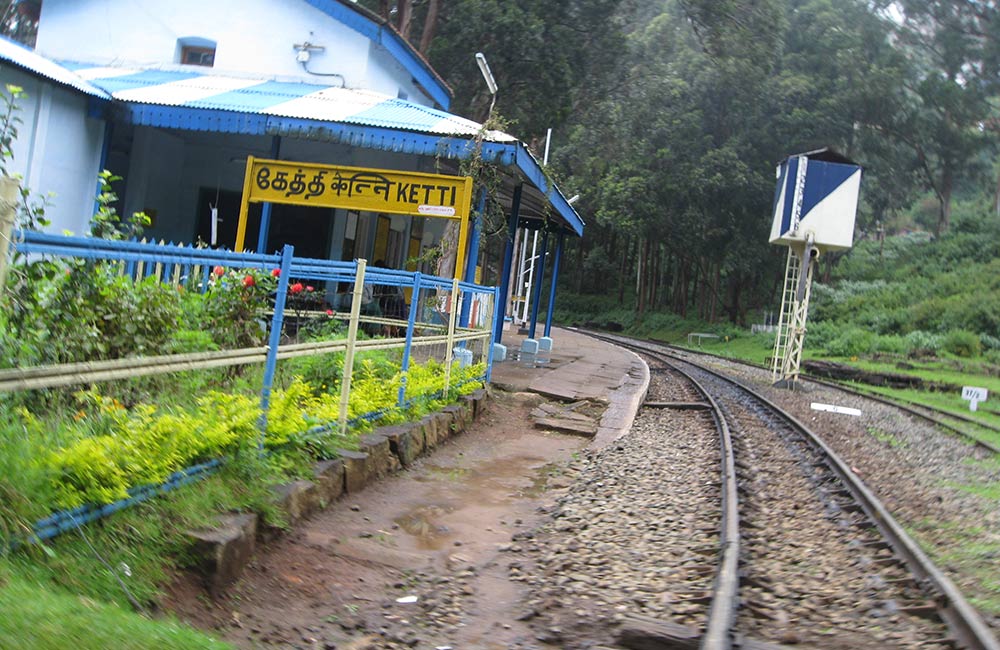 One experience you cannot certainly miss while in Ooty is the amazing toy train ride from Mettupalayam to Ooty. An offering of the Nilgiri Mountain Railway, this train ride covers approximately 46 km through picturesque Nilgiri mountains giving tourists the opportunity to witness the lush natural beauty of the region. This train service is available on a daily basis from Mettupalayam to Ooty and then back to Mettupalayam. Initially, steam locomotives were used to pull the train, but now even diesel ones are used. 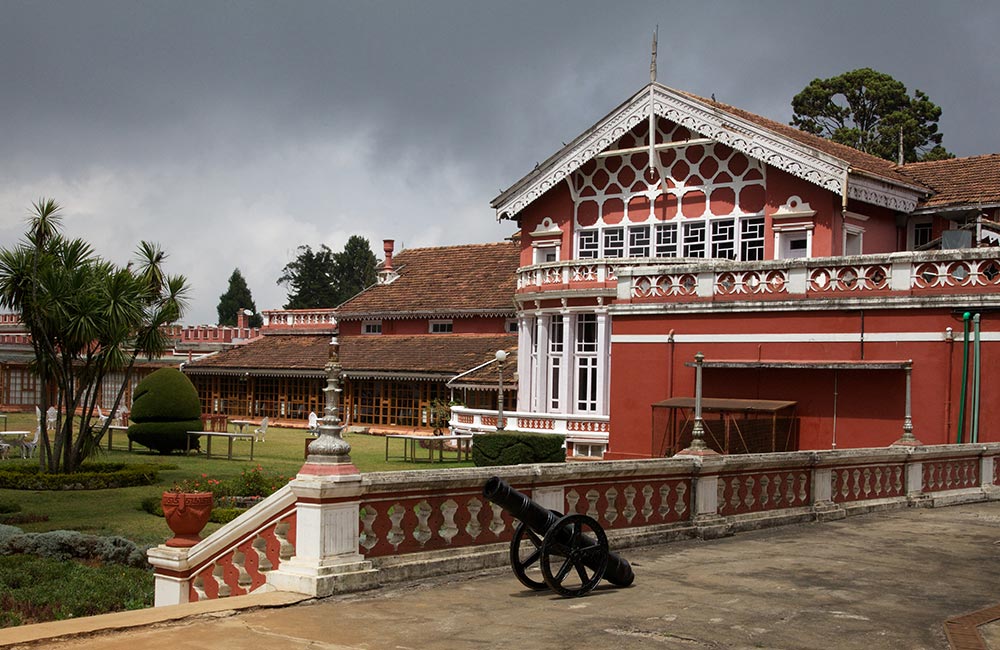 Once a summer palace of the kings of Mysore, Ferrnhills Royale Palace is among the top heritage hotels of the country today. Commissioned by Captain F. Cotton in 1844, this palace came under the possession of many British officers until 1873, when it was transferred to Chamrajendra Wadiyar X of the Wadiyar dynasty; the family has since have taken care of the palace and converted it into a luxury hotel. Sprawling over approximately 50 acres of lush land, enveloped by green woods and overlooking the scenic Nilgiris, this heritage property is an ideal place to explore the old-world charm of Ooty. 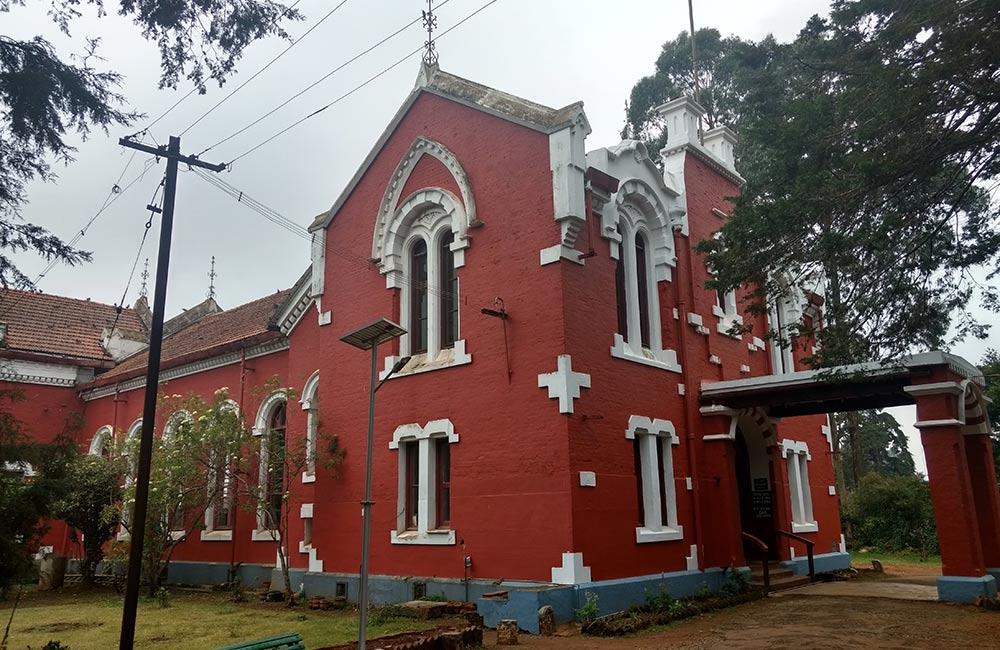 The Nilgiris Library | #5 of 7 Best Historical Places in Ooty

Today, the Nilgiris Library might not be in a good shape, but it still has its own charm. Built in 1867, the library has more than 30,000 books, including British journals from the 19th century and even rare titles on the hill tribes of Nilgiris. There is a portrait of Queen Victoria in the library, and it was presented to Ooty in her Golden Jubilee year in 1887. The members and the management of the library have worked hard to keep this place intact, making it one of the most amazing historical places in the hill town. Each September, the library holds the Ooty Literary Festival and gets a really good response. We suggest that you spend some time at this site; bet you will feel nostalgic!

Built in 1886, the Adam’s Fountain at the Charing Cross junction is a memorial dedicated to the Governor who spent his last days here. Only about a short distance from Ooty Lake – the best among the 7 lakes in Ooty, this fountain was built with public funding of Rupees 14,000. It was initially installed in the front of the town’s Collector office. However, owing to insufficient water supply at the site, it was moved to its current location in 1998. Since you will definitely have a plan to visit the popular Ooty Lake, we recommend that you take some time out to visit the Adam’s Memorial Fountain. 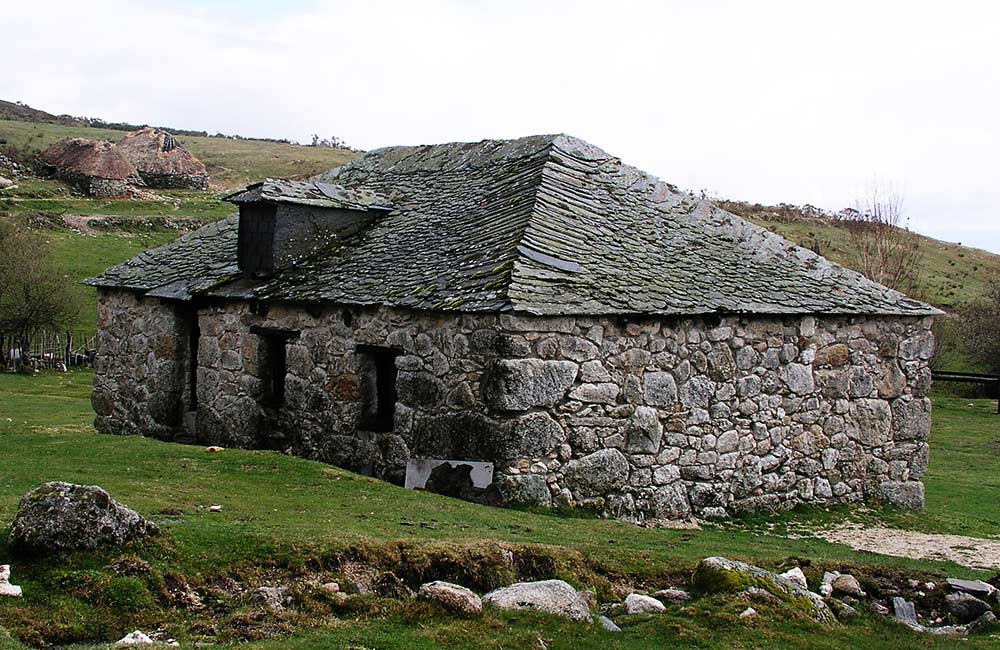 Historically speaking, the Stone House is one of the most important sites in Ooty. It is said that this is the first house to have been constructed in the town by the British, setting the stone rolling for the modernization of the hill station. There may be far more wonderful attractions to explore in the town, but coming here to explore it might not be a bad idea; after all, this is the place where it all began. Currently, the Stone House serves as the official house of the Principal of the Government Arts College. Read also – Nightlife in Ooty