10 Historical Places in Lucknow that Every History Buff should Visit

The city of Lucknow has a unique charm to it. Serving as one of the two capitals of the state of Uttar Pradesh, it was always a major economic and educational hub and continues to be the same as we are about two decades into the 21st century. Moreover, the City of Nawabs is also a gem of a tourist destination, tempting people from near and far to plan a trip with their family and friends. Its biggest draw is its plethora of marvellous Mughal and British-era structures that have withstood the test of time to give people a glimpse of the past. If you are a history buff who likes to travel and turn a few pages of time, then this is one destination you wouldn’t want to miss. Take a look at 10 historical places that make Lucknow a history enthusiast’s dream destination. 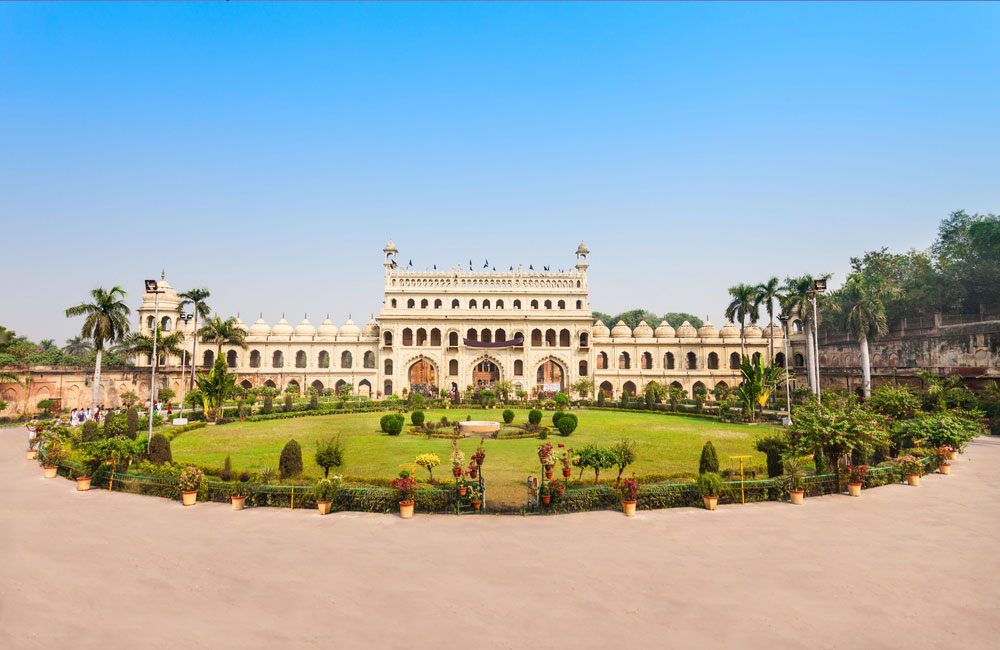 Ask any local about the best point of interest in Lucknow to kick-off a city tour and most of them will suggest Bara Imambara. That’s how culturally and historically significant and famed this place is. The first important thing to know about it, which you may also have guessed from its name, is that it is huge. And, the second one is that it is absolutely stunning.

The construction of this wondrous piece of architecture is said to have started in 1785 when Awadh and its surrounding areas where hit by a devastating famine. Thus, for the purpose of offering employment to locals in this time of need, the ruler of the region ordered that this structure to be built. The construction went on for as long as the famine lasted, which is almost a decade. Another intriguing fact about this place is that its central hall is believed by many to be the world’s largest vaulted chamber. Shahi Baoli and Bhool-Bhulaiyan are among its highlights. 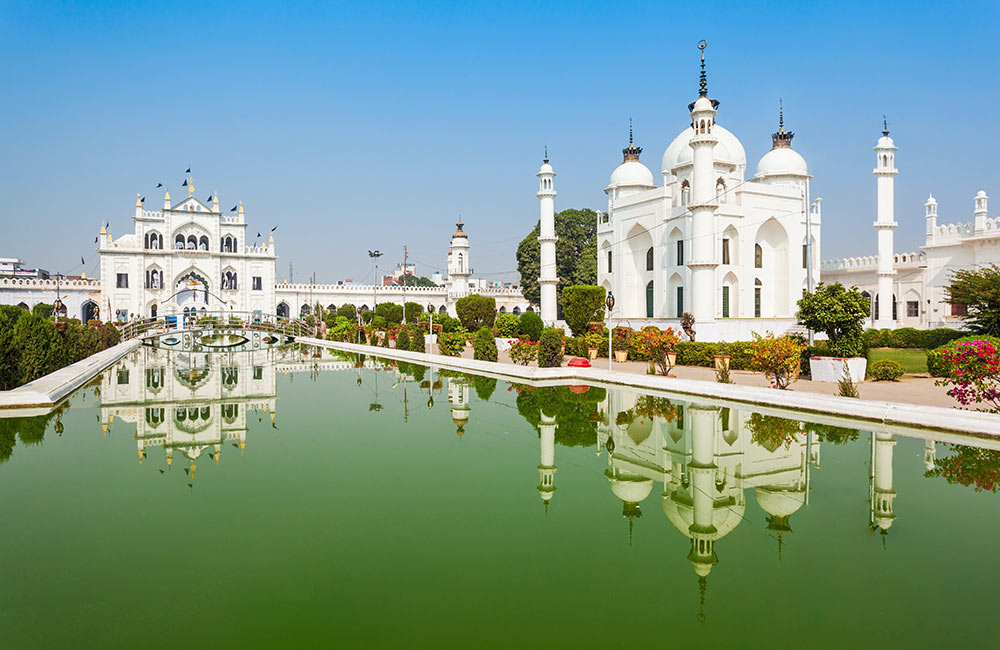 Do not let the name fool you. Chota Imambara is not at all small, and certainly has no less touristy appeal than any other tourist place in and near Lucknow. Also referred to as Hussainabad Imambara, it was built between 1837 and 1842, about four decades after the completion of Bara Imambara. Its gilded dome, turrets and intricate calligraphy evokes a “wow” on every sight. Read also – Things to do in Lucknow

It was built per the orders of Muhammad Ali Shah, the third ruler of Lucknow, who today, along with the several members of his family, rests in tombs within the imambara itself. Mughals, during their centuries-long reign over most parts of the Indian subcontinent erected a plethora of buildings that are present even today. However, Chota Imambara has to be one of the most magnificent structures any Mughal emperor ever built in India. So, do not skip this place during your city tour in Lucknow. 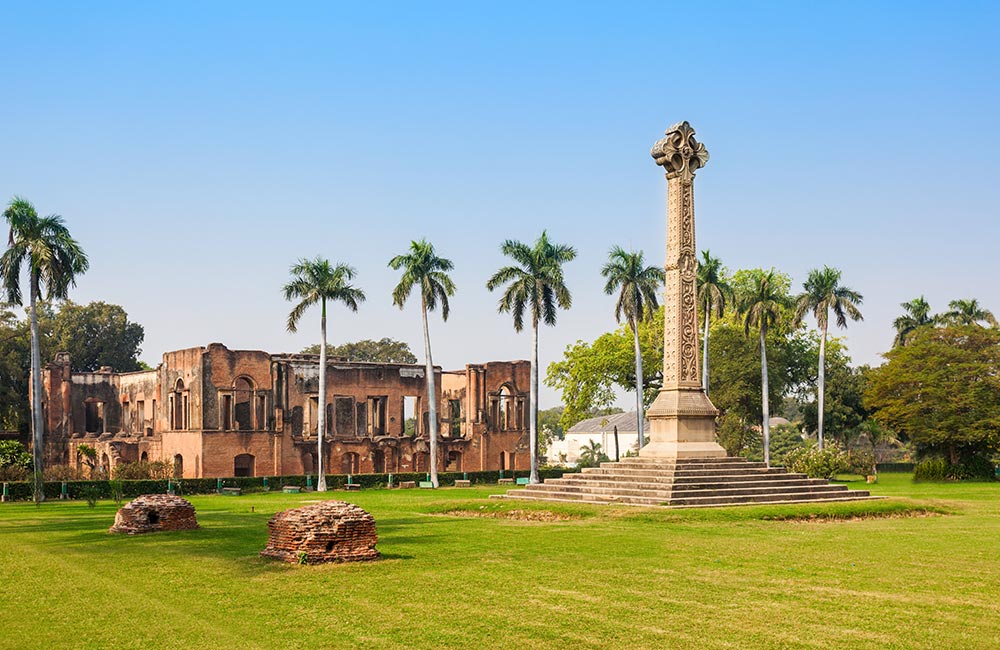 British Residency may not be one of the best preserved monuments in Lucknow, but it is undeniably an important part of its history. Hence, a must visit for every history buff during a Lucknow trip. In 1857, when the city found itself at one of the major centres of rebellion uprisings against the cruel British rule, this place became home to about 3000 British people.

The complex in itself is made decades older than that. It was actually built in the latter half of the 18th century to provide accommodation to the British guests of the regional rulers. Owing to its intriguing past and the crucial role it played in the city’s history, it has been declared a protected monument by the Archaeological Survey of India (ASI). 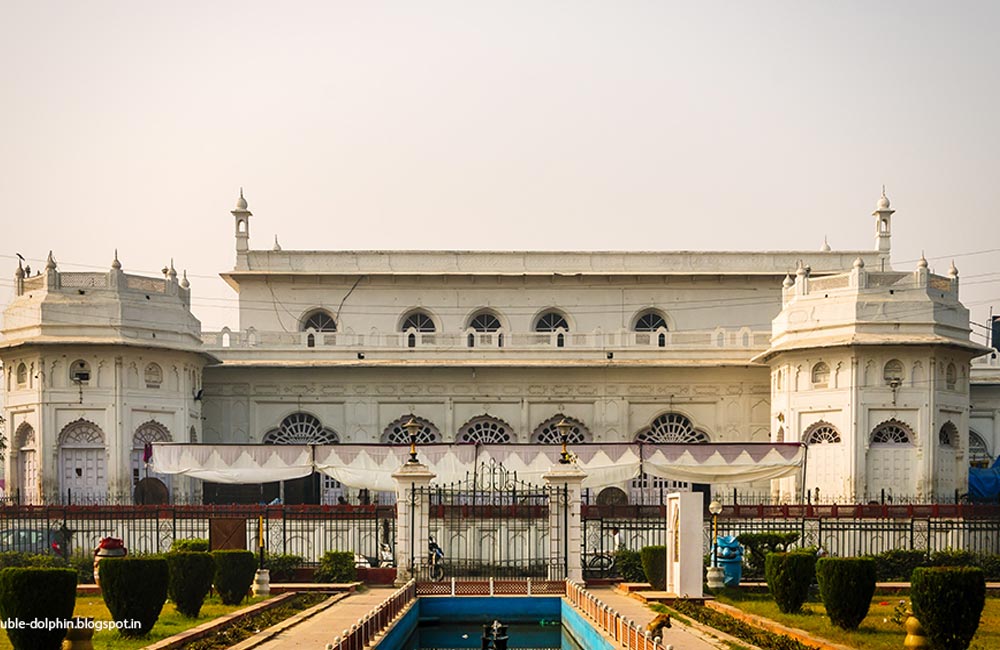 Kaiserbagh Palace Complex is one of the hidden gems of Lucknow which is often skipped by tourists for the more prominent ones. Though much of it is in a dilapidated state, it still offers a glimpse into the royal lifestyle of the past monarchs of the region. The construction of the several buildings of the complex started on the orders of Nawab Wajid Ali Shah in the year 1848. After the completion, the buildings that flank the three sides of the Kaiserbagh quadrangle were turned into quarters for the women of Wajid Ali Shah’s harem.

Although there are several structures in the complex that are quite impressive, the one that stands out is the splendid Safed Baradari – a marvel built with white stone. You might also be surprised to learn the fact that this building situated at the centre of the complex was once paved with silver.

When you make your way to Bara Imambara, stop for at least a few minutes at Rumi Darwaza. It is one of the finest pieces of architecture in the city of Lucknow. It is believed to be identical to a structure that once stood in the city of Constantinople in Turkey during the ancient times. Thus, the 60 feet tall structure is also often referred to as Turkish Gate.

In the olden days, it marked as the entrance to the Old Lucknow city, but today it stands as the symbol of the city. It is one of the many structures that were built by Nawab Asaf-ud-Daula during the famine of the late 18th century to help the locals. If you want to capture the best sights of this giant structure, then visit during the night when it looks absolutely gorgeous. 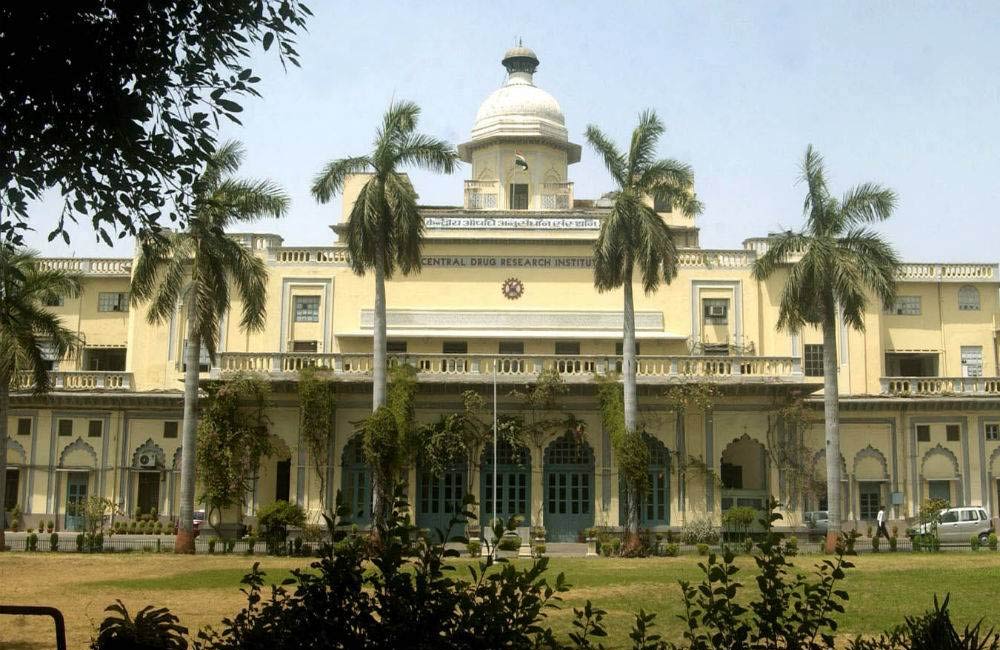 Another testament to the storied past of the city is Chattar Manzil. The building derives its name from its most prominent feature which is an umbrella-shaped dome at its top. Another highlight of this place is its architecture which shows glimpses of various styles. The most apparent one of these is the European style which can be witnessed in the numerous features of the building.

Ghazi-ud-Din Haider, a former Nawab of the region, is the one who is said to have begun the construction of the complex. However, the monarch died before it could be completed. It was then Nasir-ud-Din Haider, his son who took the charge and finished the project. Today, it has been turned into a government office, although its old charm is still a treat for the eyes. 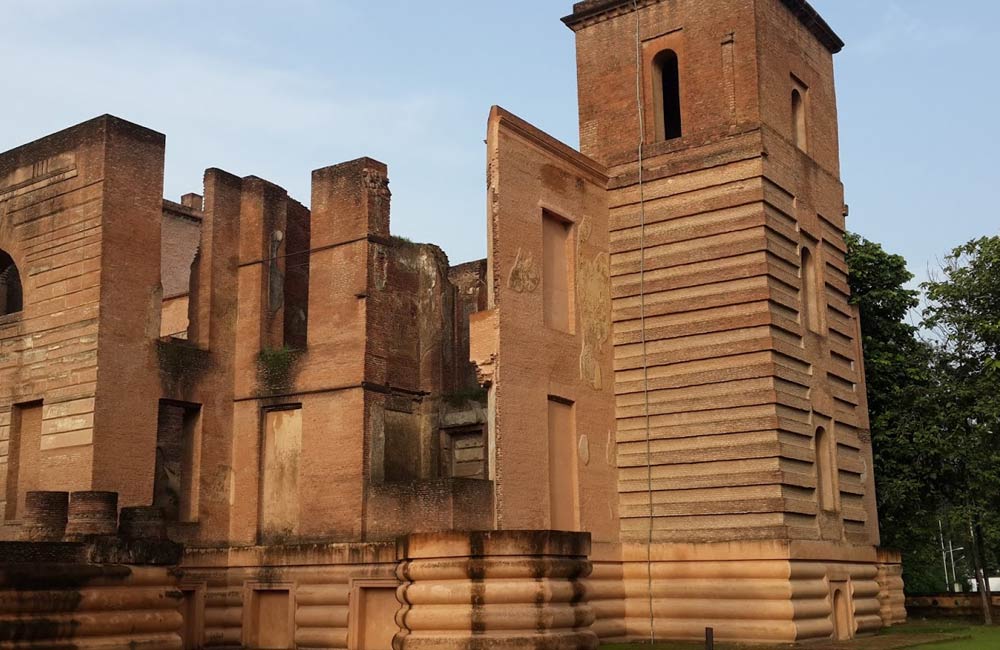 The best thing about the monuments of Lucknow is their diversity as these are built as per not just one or two, but several styles of architecture from all over the world. While the above monuments reflected Mughal, Hindu, European and other styles, Dilkusha Kothi is here to show you the magnificence of the Baroque style of architecture.

Saadat Ali Khan, during his rule in the 19th century, constructed this building, which is a complete replica of Seaton Delavel, an English country house built in 1721. The sprawling greenery surrounding the edifice adds to its charm. 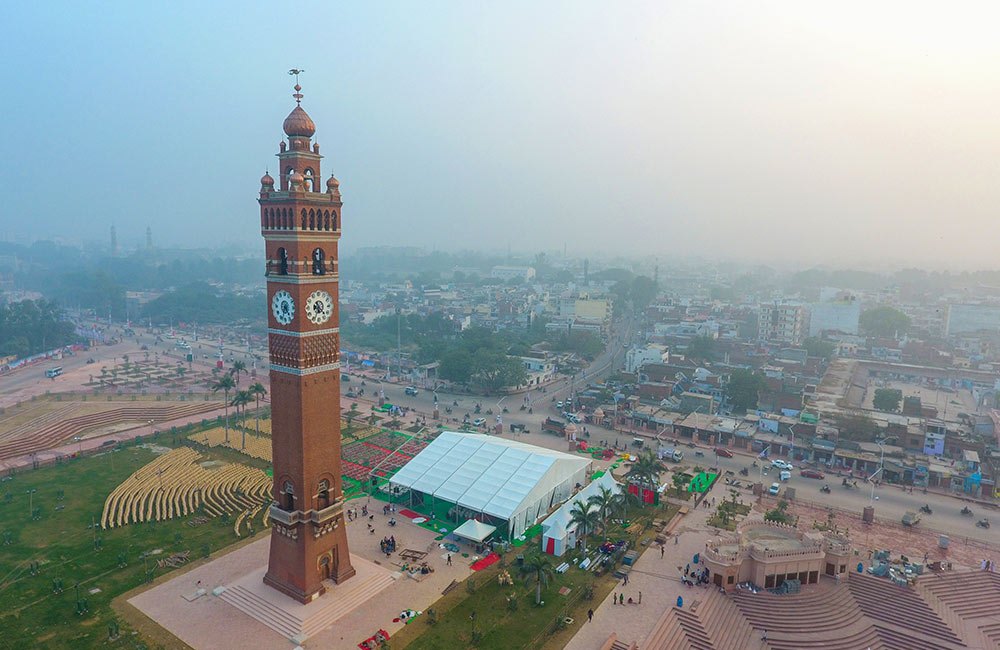 Nestled amidst Chota Imambara and Rumi Darwaza is another heritage of Lucknow – Hussainabad Clock Tower. The 221-feet structure has been dominating the landscape of Lucknow since 1887 when it was built to commemorate the arrival of Sir George Couper who served as the first Lieutenant Governor of the United Province of Awadh. It is one of the tallest clock towers in the country. 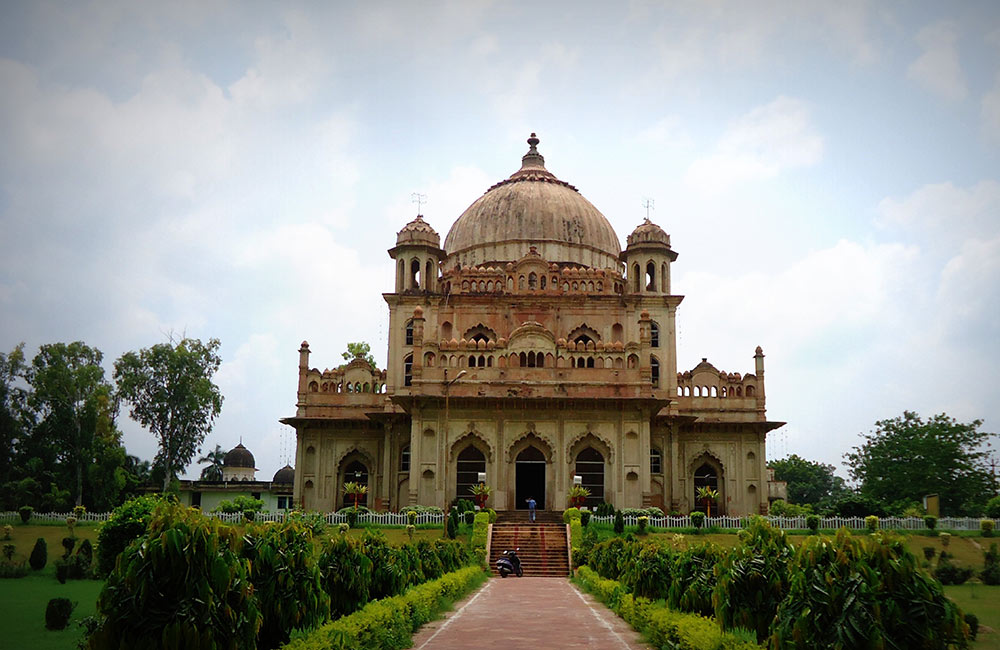 Saadat Ali Khan was a Nawab of Awadh. Today, he rests in his tomb which appeases one and all with its architecture. Though it is not a giant edifice, but still it is one of the best preserved monuments in Lucknow. It is located in a neighbourhood which is home to numerous monuments, a few of which are Safed Baradari, Chattar Manzil and Kaiserbagh Palace. Thus, you get the opportunity to explore several points of interest in one outing. 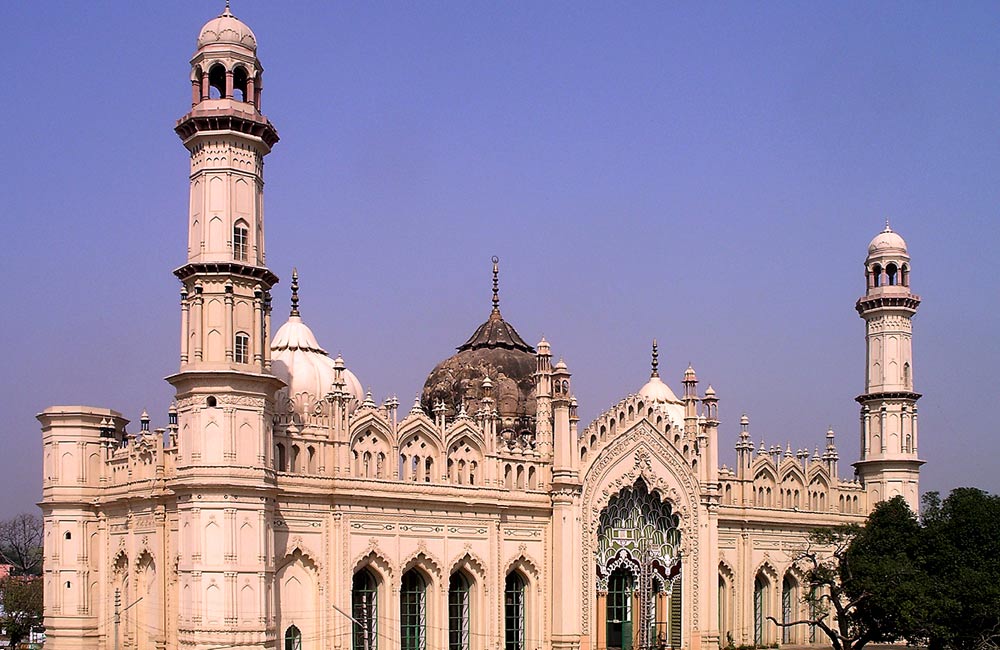 If architecture works as a treat for your sore eyes, then Jama Masjid is another sight for you to explore during a visit to the city. And not just that! It is also an important spiritual centre, a place of worship which remains swamped with devout Shia Muslims during all auspicious occasions.

Started in 1837 when Muhammad Ali Shah was in power, the construction of the building was derailed at the demise of the ruler. However, Nawab Malika Janah took the charge to make sure that the project was completed. Today, the mosque stands as one of the finest examples of the Mughal architecture in the city of Lucknow. A must see here are giant pillars that have Jain and Hindu carvings on them.

If you have explored all the above-mentioned tourist attractions but still feel a little thirst to learn about history, then you can head over to the State Museum. Do not take it to be an ordinary, run-of-the-mill museum. It succeeds when other historical landmarks in the city fail to give you an insight into the rich past of Lucknow and its people. It is home to a host of artistic, archaeological, anthropological and other artefacts.

Now you know what to see, but what about the accommodation? Click to see a few hotels in Lucknow that will make your visit to the city truly hassle free.