A Quick Guide to Places to Visit in Kolhapur

Kolhapur, situated on the banks of the Panchganga River, is a beautiful destination in Maharashtra famed for its religious and historical sites. The ancient city finds mention as a place of Kollamma worship in the holy Devi Bhagavat Purana and is home to many revered religious sites, including Mahalakshmi Temple that is dedicated to the guardian deity of the city – Mahalakshmi or Ambabai, who killed demon Kolhasura. Along with a number of temples, the city is dotted with heritage sites, museums, a water park, lake, etc. Here is a list of the popular places to visit in Kolhapur to make the best of your time in the city.

Places to Visit in Kolhapur 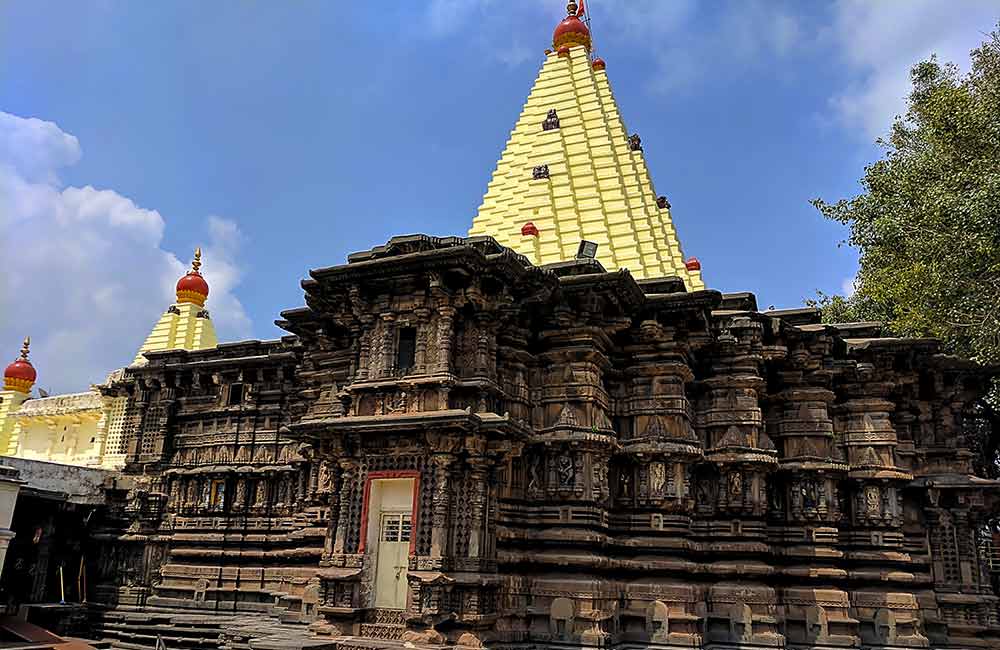 Shri Mahalakshmi Temple | #1 of 11 Places to Visit in Kolhapur

Shri Mahalakshmi Temple, also known as Dakshin Kashi, is one of the Shakti Peethas dedicated to Goddess Mahalakshmi – the guardian deity of Kolhapur who killed demon Kolhasura. It is one of the six Shaktipeeth’s where devotees come to fulfil their wishes or attain salvation.

The shrine is believed to have been constructed during the reign of Kannada Chalukya around 700 AD. The 3-feet tall black stone idol of the goddess is adorned with precious gemstones and weighs around 40 kg. A unique feature of this temple is that it faces west and not north or east as is generally adopted in Hindu religion.

Just a few minutes’ drive from Mahalakshmi Temple lies Temblabai Temple, which is located on Temblai Hill. This temple is dedicated to Goddess Renukadevi, who is said to be the sister of Goddess Mahalakshmi and is also known as Trayamali. Interestingly, idols of both the goddesses in their respective temples face in opposite directions as it is believed that Goddess Renukadevi got upset with Goddess Mahalakshmi for not giving her due respect for helping her become victorious in a war.

There is an interesting festival celebrated here in the month of Aashaadha when water is poured on the steps of the temple. Another festival that is celebrated here on a grand scale is the palanquin procession on Lalita Panchami – the fifth day of Navratri.

Explore recommended places to stay in Kolhapur at best price 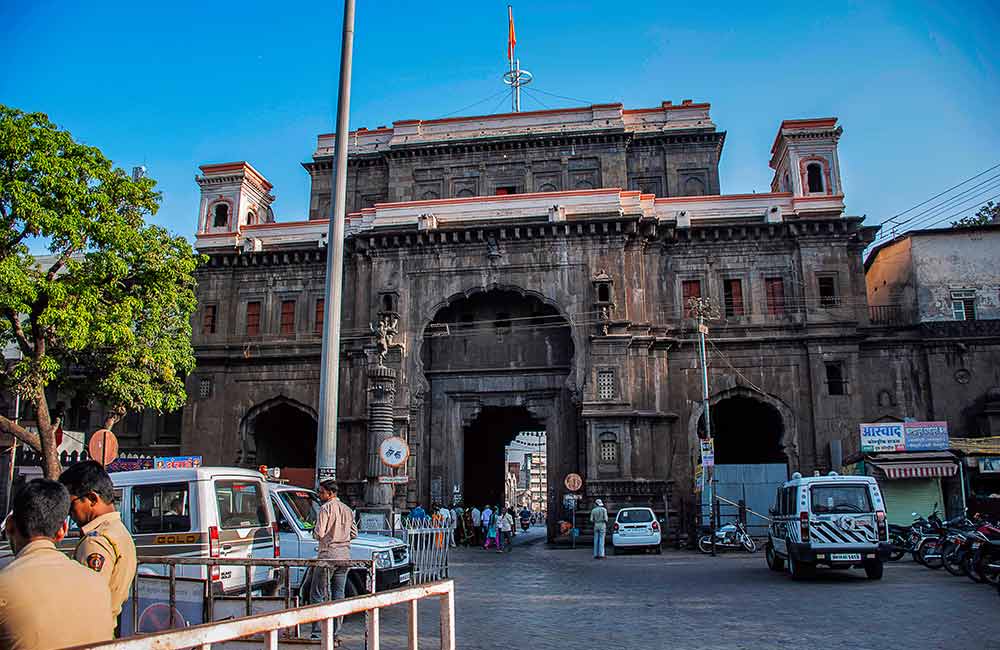 Bhavani Mandap | #3 of 11 Places to Visit in Kolhapur

Another popular tourist attraction near Mahalakshmi Temple is Bhavani Mandap, which is visited by hundreds of devotees of Goddess Tulja Bhavani, who is considered to be the younger sister of Goddess Mahalakshmi and was invited as a guest to Kolhapur. Many believe that the idol here is the one worshipped by Shivaji Maharaj, while others claim that the one at Tuljapur is the real idol that the great Maratha ruler worshipped.

This place is not only significant for religious reasons but also historical as it was the palace and court of Chhatrapati Maharaj. A life-size statue of Shahu Maharaj is on display here, along with a wooden throne and various stuffed animals like deer and panther. 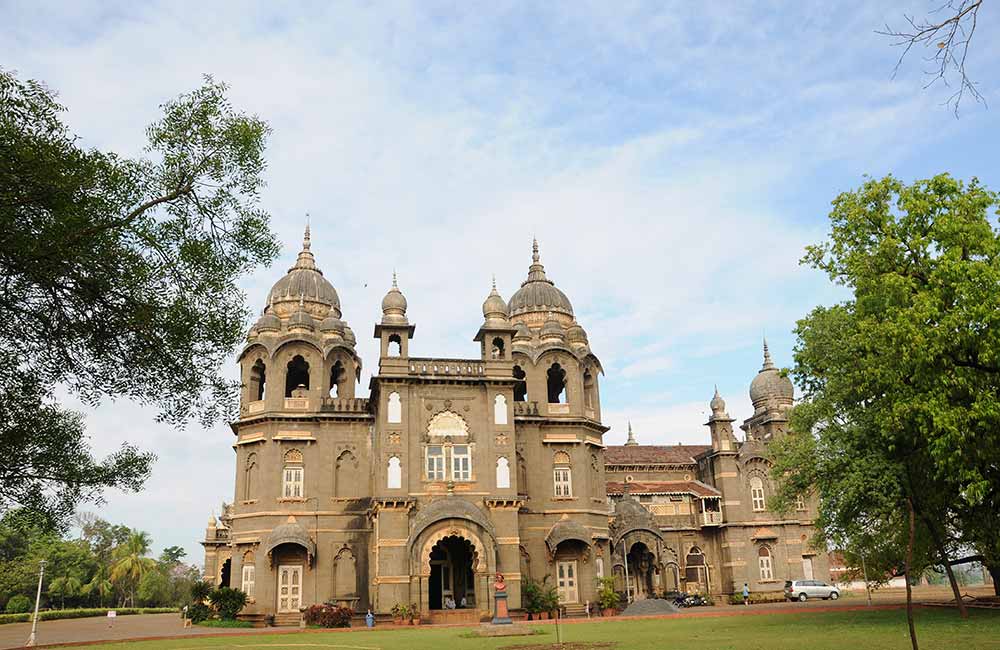 New Palace Museum | #4 of 11 Places to Visit in Kolhapur

One of the must-visit tourist attractions in Kolhapur is the New Palace Museum that has been alluded to Shri Chhatrapati Shahu Museum for being the residence of Shrimant Chhatrapati Shahu Maharaj. Located on the ground floor of the palace, the museum provides a glimpse into the life of the royals of Kolhapur through its impressive display, which includes jewellery, attire, coins, weapons, paintings and even stuffed animals like tiger, lion, deer, etc. Along with the Photo Gallery, Darbar Hall with lobed arches, carved columns and a raised throne exudes magnificence. 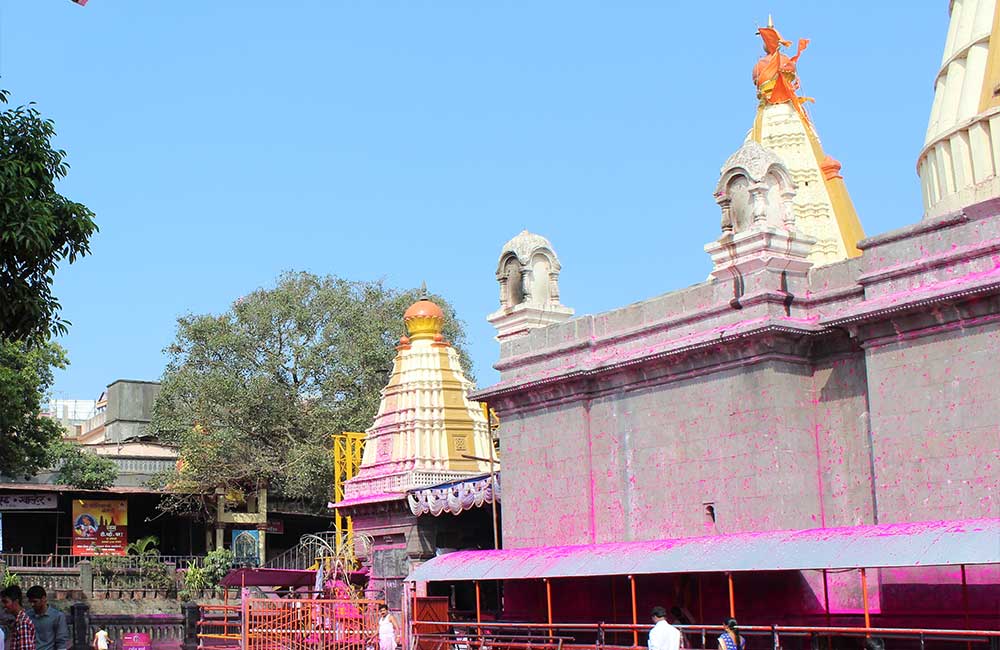 Jyotiba Temple | #5 of 11 Places to Visit in Kolhapur

Jyotiba Temple is one of the twelve Jyotirlingas that was built in 1730 on a hill at a height of 3124 feet above sea level. As per legends, the three gods (Trinity) – Brahma, Vishnu and Mahesh – reincarnated as Jyotiba to kill demons Ratnasur and Raktabhoj that were terrorising locals.

Prior to the construction of the present-day temple by Maharaja Ranoji Shinde, the original shrine – known as Kedareshwar Temple – was erected at the site by a devotee Navji Saya. There are two more shrines within the premises – one built by Malji Nilam Panhalkar in 1780 and other by Daulat Rao Shinde in 1808. Although scores of devotees visit the temple throughout the year, the footfall increases manifold during the annual fairs celebrated on Chaitra Poornima and Vaisakha Poornima. 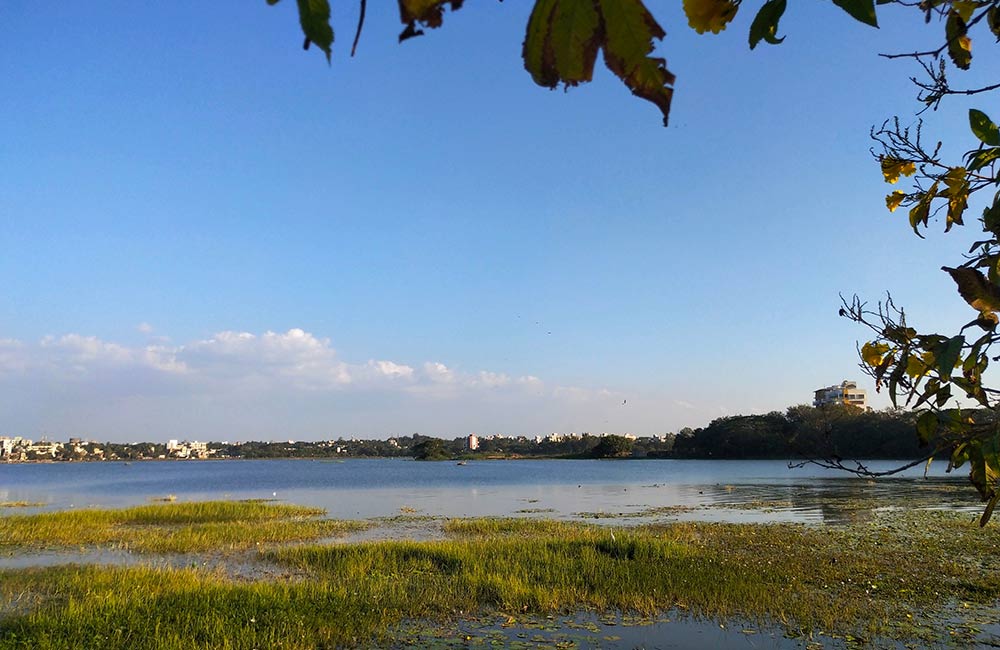 Rankala Lake | #6 of 11 Places to Visit in Kolhapur

One of the best places to relax with friends and family is the beautiful Rankala Lake that is often referred to as Rankala Chowpatty and Marine Drive of Kolhapur because of the resemblance; food vendors selling tasty snacks, a pathway for a stroll, gardens, horse riding and boating facilities, etc. Many believe that this lake near the statue of Nandi was constructed by Maharaja Shri Shahu Chhatrapati of Kolhapur, while others believe that the lake was formed naturally when the stone quarry got submerged by underground water after an earthquake. The Rankabhairav Temple also got submerged at the centre of the lake, and probably this is why the lake was named Rankala. 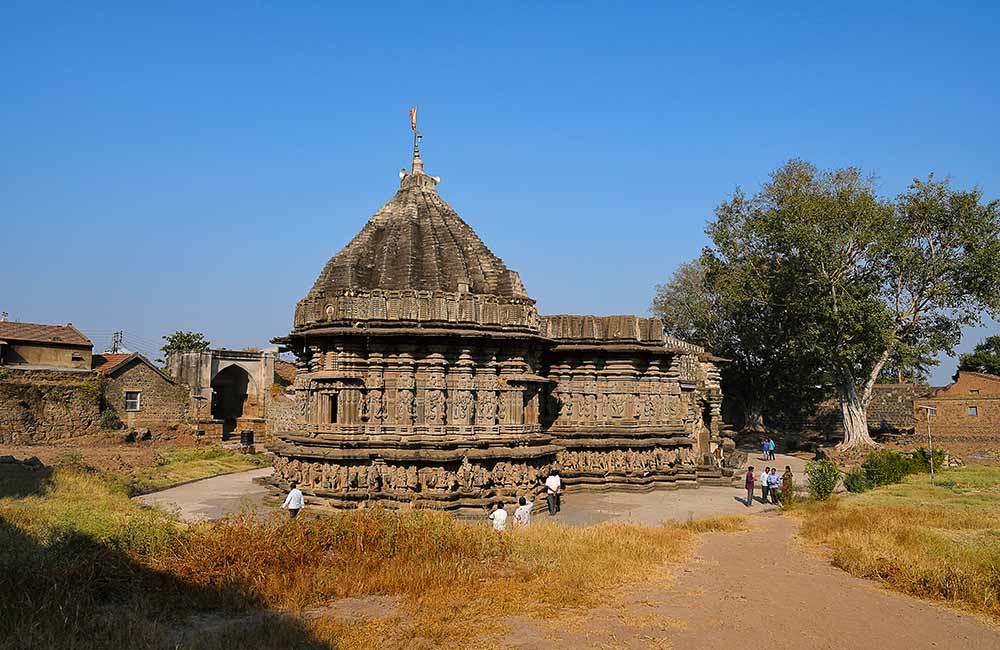 Kopeshwar Temple | #7 of 11 Places to Visit in Kolhapur

One of the popular religious places to visit in Kolhapur is Kopeshwar Temple, dedicated to Lord Shiva. The temple with conical shaped sanctum was built on the banks of the Krishna River in the 12th century by Shilahara King Gandaraditya. This stone temple is considered to be an architectural marvel because of its intricate carvings and stunning sculptures that were a great feat to achieve at that time.

However, during Aurangzeb’s Deccan campaign, many carvings and sculptures on the lower part of the walls were damaged. Nonetheless, you must still visit this site to pray and admire the amazing architecture with great detailing. 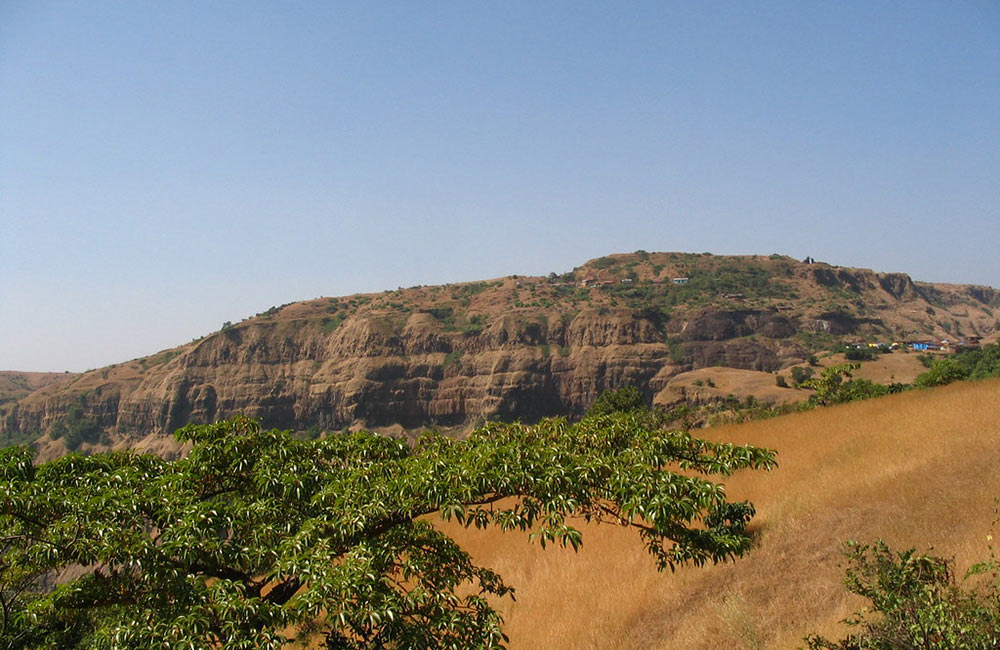 Vishalgad | #8 of 11 Places to Visit in Kolhapur

Vishalgad, also known as Khelna or Khilna, is a heritage site located at a height of over 3500 feet above sea level. This fort was initially built by Shilahara King Marsinh in 1058 and was called Khilgil. Over the years, it came under the rule of various kings, before being annexed from Adil Shah of Bijapur by Shivaji in 1659, and was thereafter renamed Vishalgad, which means grand fort in Marathi.

Apart from its main entrance, it is almost impossible to reach the fort as it surrounded by steep cliffs and mountainous terrain of the Sahyadri Range, and thus, conquering it was a great thing achieved by Shivaji. Although in ruins, this site of historical significance is worth a visit. 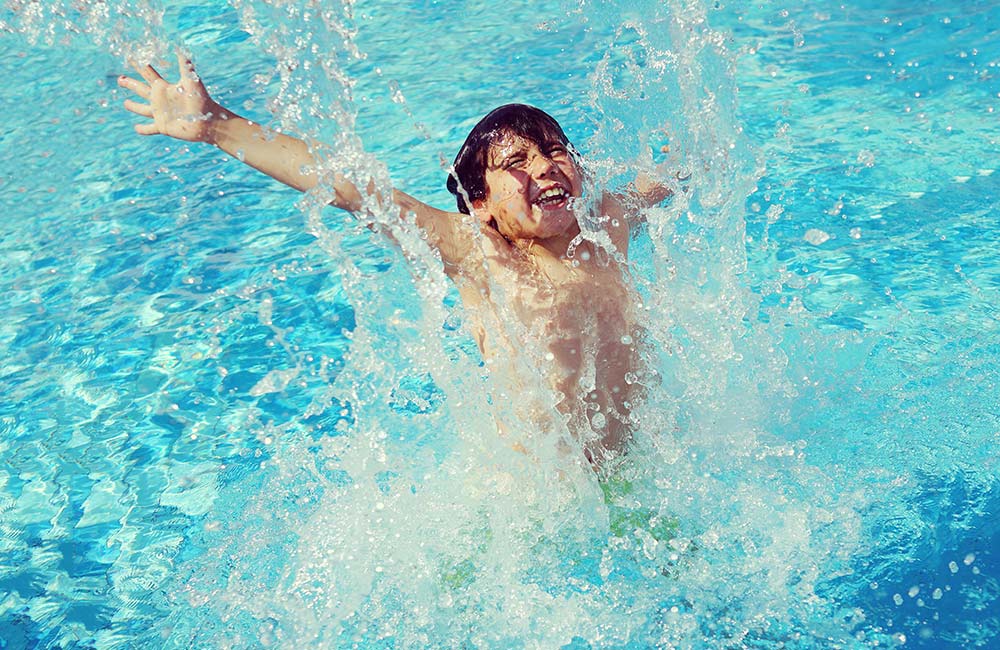 One of the best day-out options in Kolhapur is Dream World Water Park that offers unlimited fun to visitors of all ages. One of the main highlights is Sky Magic Vortex park, which is probably the first of its kind in the state. Other popular attractions of the water park include the fun speed rides, entertaining rain dance, artificial wave pool, dragon rides, tube rides and separate rides for smaller kids.

Make sure that you carry your swimwear and towel or else you will have to buy them at the in-house gift shop. 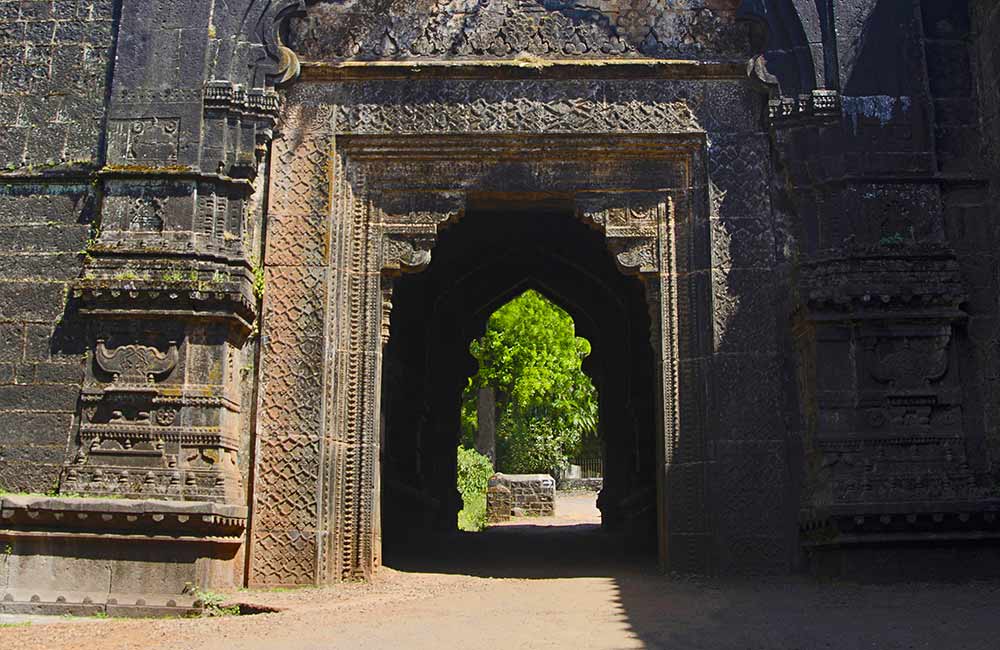 Surrounded by the Sahyadri Range, Panhala Fort was strategically built at a height of 3177 feet above sea level. The 7-kilometre fortified monument was built between 1178 and 1209 by Raja Bhoja with alterations made by Marathas, Bahamanis, Mughals and others who ruled here, including Shivaji and Tarabai. As per folklore, during the attack on the fort by Bijapur General Siddi Johar, Shivaji escaped while Shiva Kashid fought with the former disguised as Shivaji.

This Indo-Islamic style fort impresses you at the very first glimpse with its three double gateways – Teen Darwaza – that reflect intricate craftsmanship. Besides, Sajja Kothi – where Shivaji imprisoned his son Sambhaji – is a must-visit. 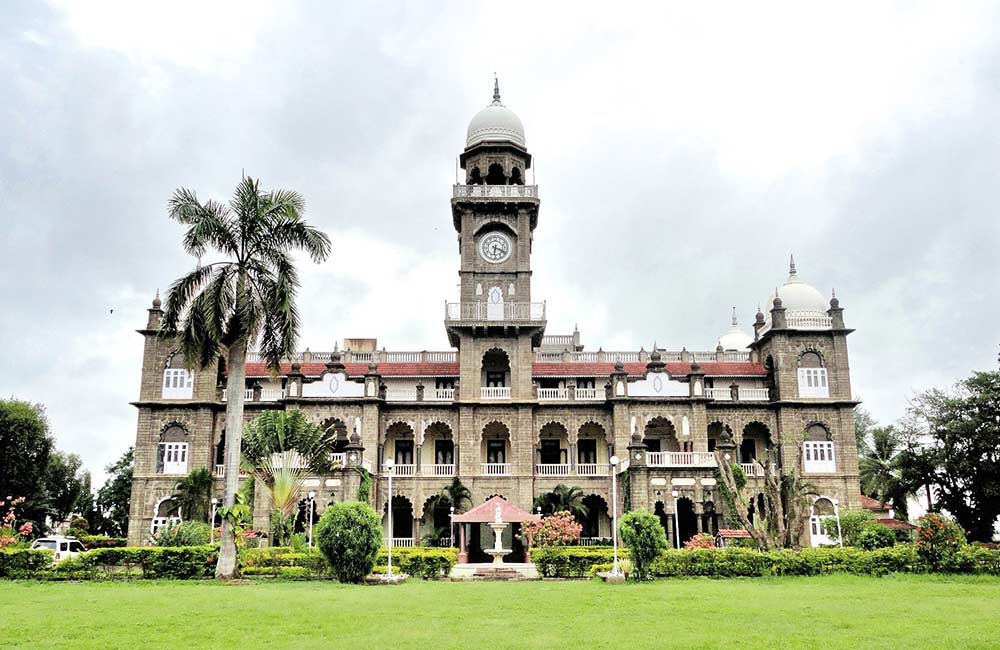 Shalini Palace | #11 of 11 Places to Visit in Kolhapur

One of the magnificent landmarks in Kolhapur is the Shalini Palace on the banks of the picturesque Rankala Lake. The heritage structure is named after Princess Shrimant Shalini Raje – daughter of Chhatrapati Shahaji II Puar Maharaj and Queen Pramila Raje. Spread over 12 acres, this opulent building with beautiful gardens was constructed between 1931 and 1934 at a cost of 8 lakhs. The black stone and Italian marble edifice is adorned with stained glass arches, wooden doors and windows, huge tower clock, Belgian glass, etc. It became Maharashtra’s first and only heritage luxury hotel, after being converted into a 3-star hotel in 1987.