Gangtok Things to do

16 Awesome Things to do in Gangtok

Nestled in the eastern Himalayas, skirted by two rivers on the east and west and enveloped in misty, green valleys, Gangtok seems like a landscape from another planet. Yet a lot of people didn’t know much about this picturesque city for a long time, except perhaps its most popular export, the actor Danny Denzongpa! The intrepid traveller, though, knows there are scores of exciting and unusual things to do in Gangtok that make it a vacay you’ll talk about for years. From visiting historic Buddhist monasteries and trekking through dense forest to experiencing the thrill of adventure sports and taking long drives through scenic mountain routes, Sikkim’s capital has it all. Want to go? Here’s what awaits you in Gangtok.

Things to do in Gangtok: 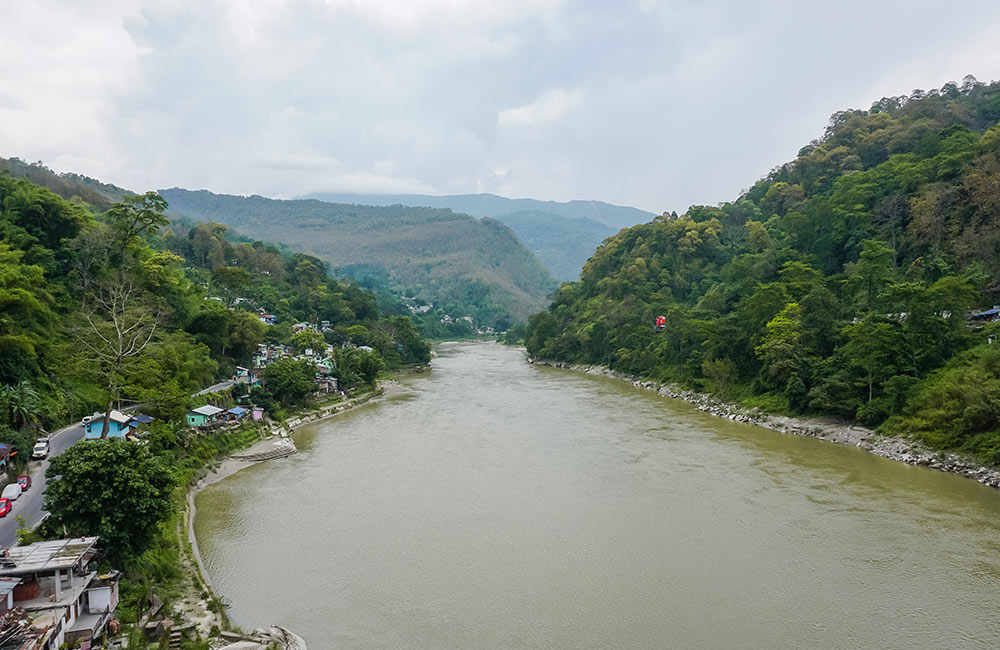 Want to feel the adrenalin rush? Go white water rafting on the Teesta River – the absolute ‘must-do’ thing in Gangtok! Thunder down the Teesta’s rapids, enjoy the spectacular views of the dense forests that line its banks and take back some awesome stories to tell and retell. 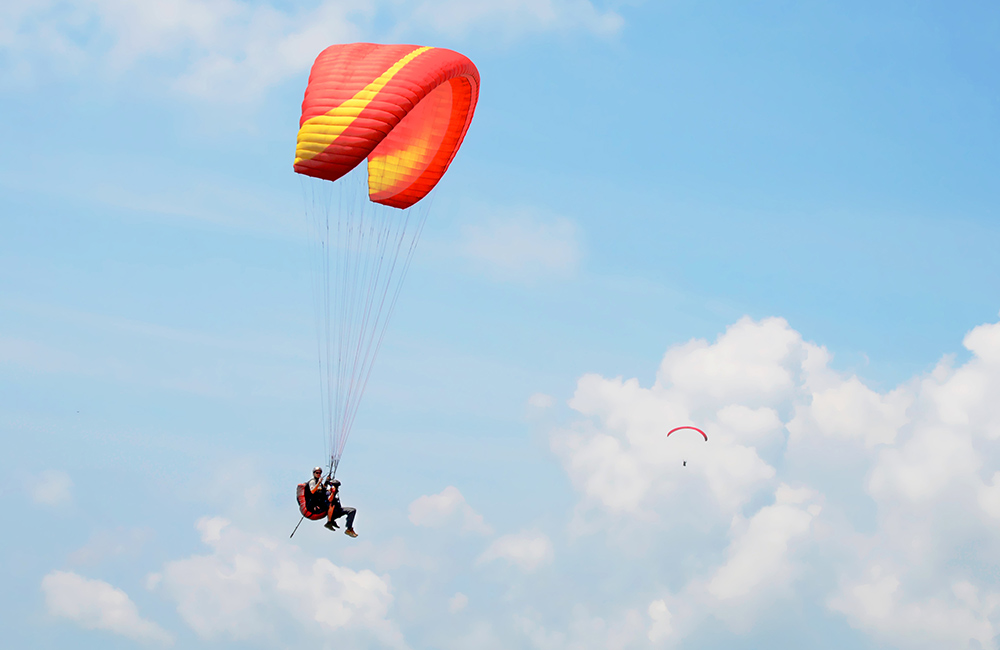 Fancy a bird’s-eye view of the lavish green hills, terraced rice fields and the monasteries in Gangtok? How about a stunning view of the Kanchenjunga in the distance? That’s paragliding for you, one of the most popular things to do in Gangtok. Flights are organized according to altitude and weather and you always have a certified pilot with you on these tandem flights, so you’re always safe. 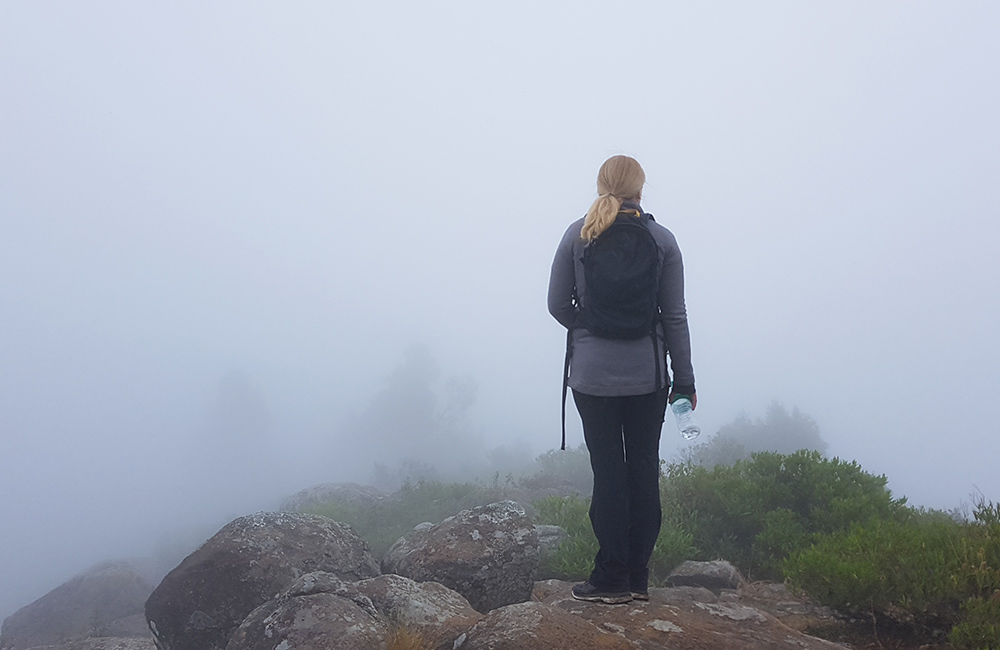 One of the biggest ‘it’ things to do in Gangtok is to go trekking across its many picturesque trails that take you through thick forests of poplar, birch, elm and oak trees, surprise clumps of exotic Orchids, wide expanses of terraced farmland and impromptu waterfalls with water clean enough to drink! 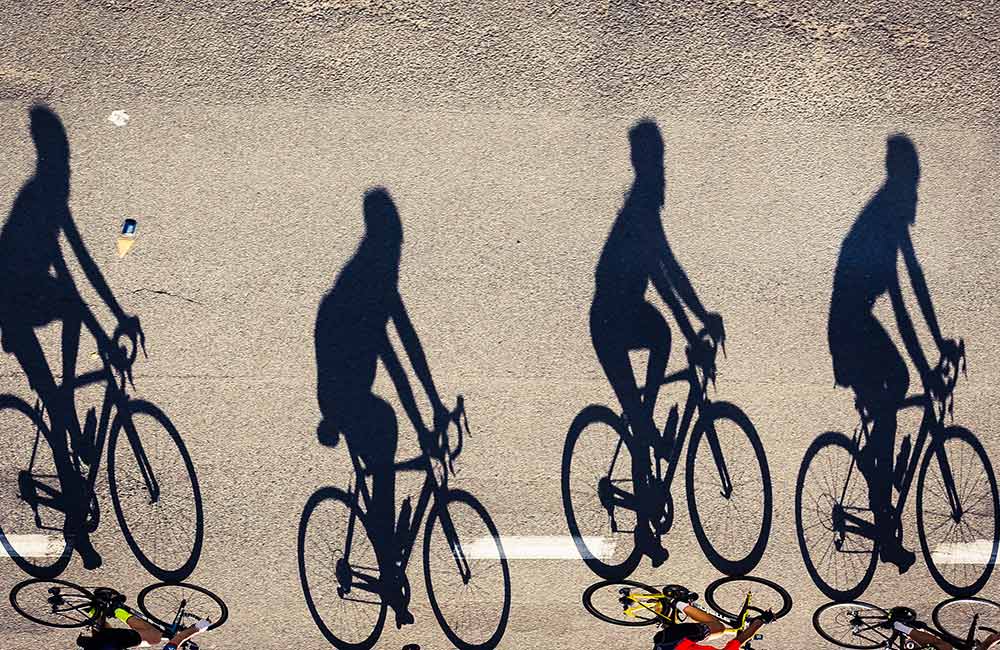 Explore Gangtok and its surrounding landscapes on a cycling tour…the slow pace ensures you have enough time to stop and smell the roses (or Orchids!), soak up the Himalayan splendour of glacier-ridden mountains, breathe in the Alpine air and visit some beautiful monasteries on the way. How’s that for an awesome thing to do in Gangtok?

5. Picnic at the Seven Sisters Waterfalls 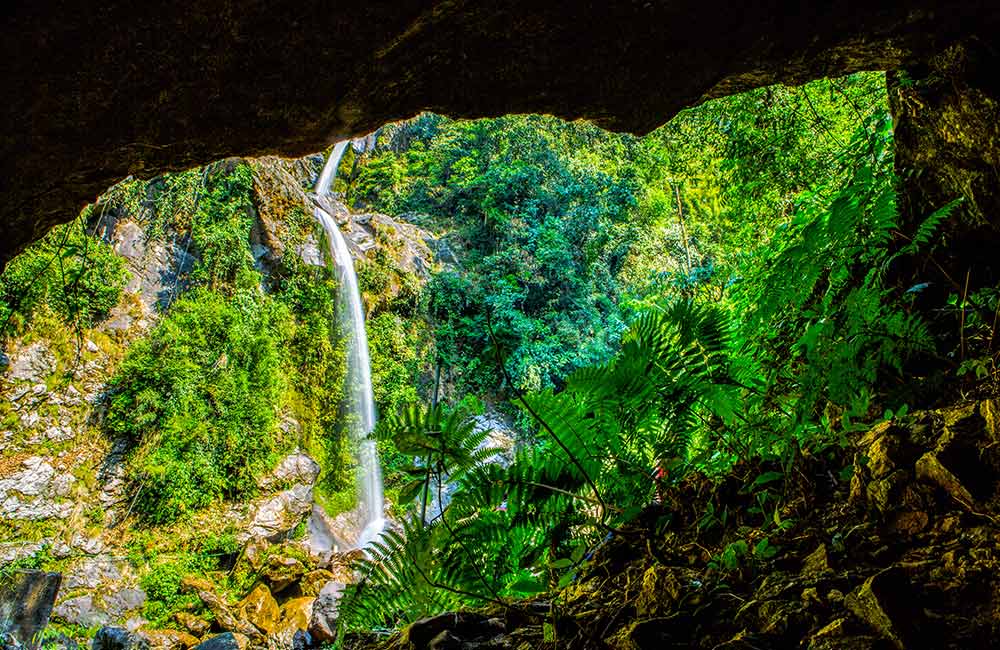 Not an adrenalin junkie? There’s still an awesome thing to do in Gangtok – pack a picnic basket and head to the Seven Sisters Waterfalls, a magnificent cascade of water that topples down the rock-face in three distinct tiers. Lying about 32 Km from Gangtok, the falls are filled with picnicking families and tourists who enjoy the falls through two viewing platforms.

6. Visit the Namgyal Institute of Tibetology 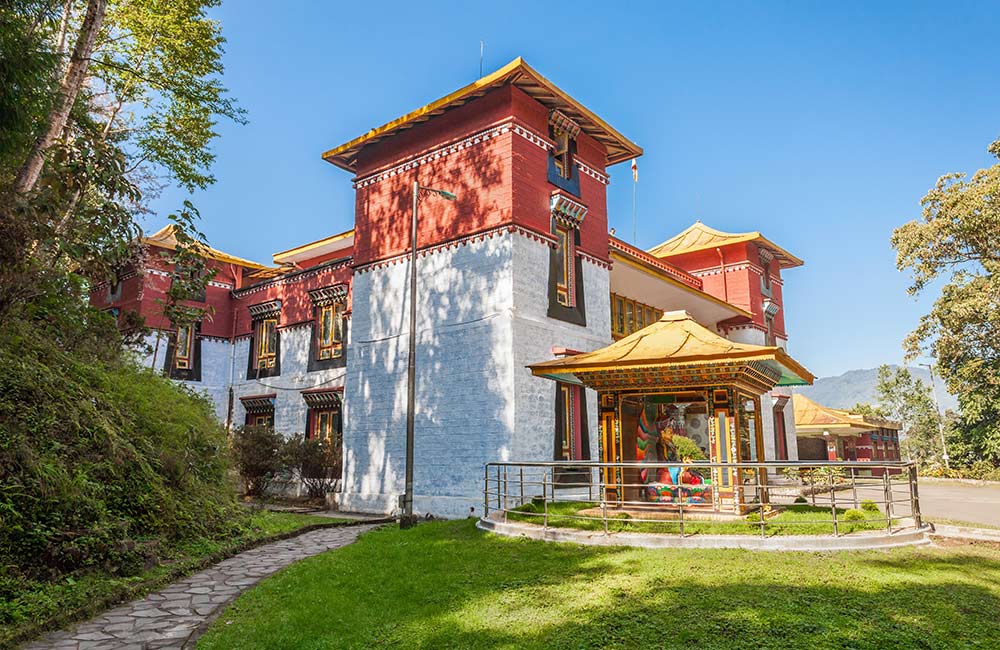 Whether or not you’re a Buddhist, a visit to the Namgyal Institute of Tibetology will leave you richer with its huge collection of spiritually and culturally important Buddhist artefacts, relics, books and manuscripts in the ancient Lepcha script among others; and thangkas (cloth paintings used in traditional prayers). One of the best known things to do in Gangtok, a visit to this institute/museum will be a unique experience.

7. Drive through the Nathu La Pass 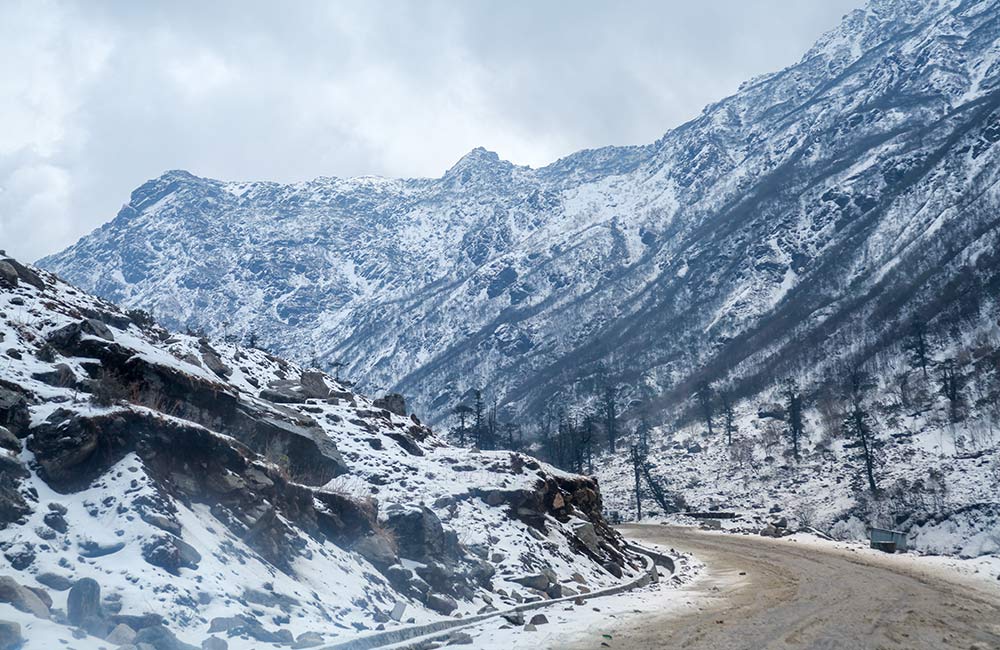 Looking for a super exciting thing to do in Gangtok? Drive through the Nathu La Pass, a fortified border trading post between India and China, part of the ancient Silk Road and one of the most stunning motorable roads in the country. If it’s a clear day, you’ll be able to see the majestic Mt. Chomolhari and you can also climb up a flight of stairs to see the actual border and an army memorial.

8. Take a Yak Safari to the serene Tsomgo Lake 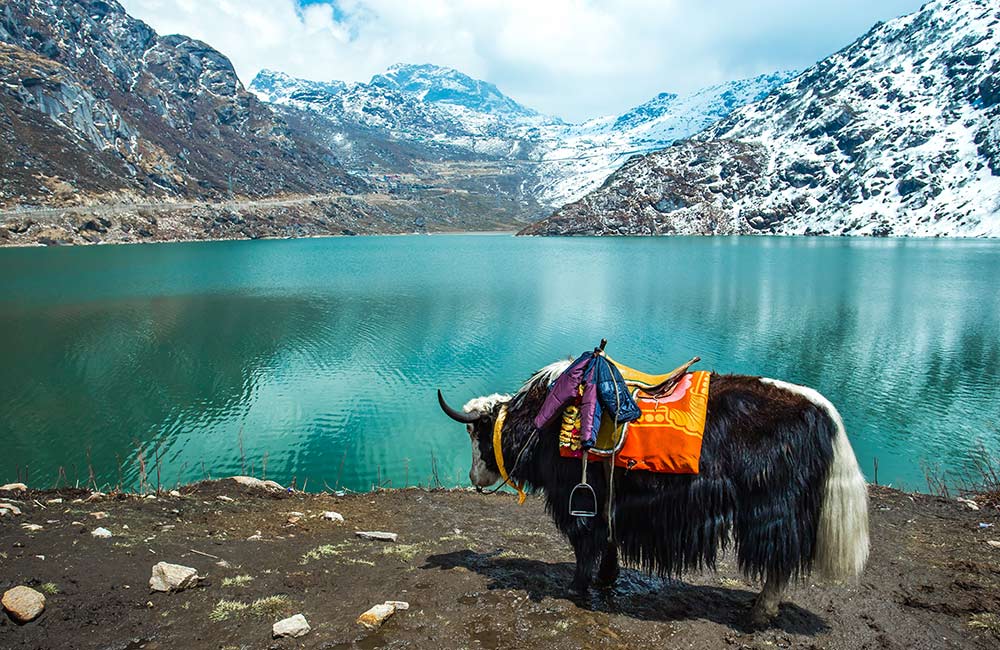 Another fun thing to do in Gangtok is to take a day trip to Tsomgo Lake, studded in a valley flanked by snow-topped mountains. Oh! And yeah, you’ll be on a Yak! Enjoy serene views across the lake, dip a toe or two in if you don’t mind the freezing water and take some awesome instagrammable pictures for an extra 100 followers.

9. Enjoy views of the city on a cable car ride 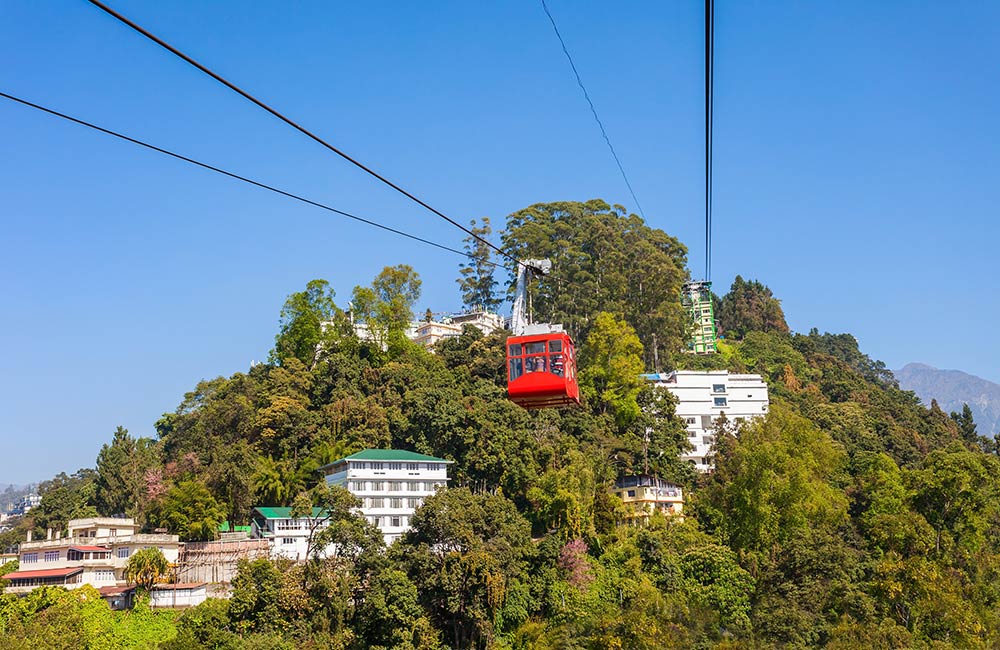 The city that was once just a dusty little village has grown to include a mishmash of residential and commercial buildings and you’ve just got to take a cable car ride to get some fascinating views. It’s a big ‘thing’ to do in Gangtok and you can’t be a serious tourist if you haven’t checked this one off your list! 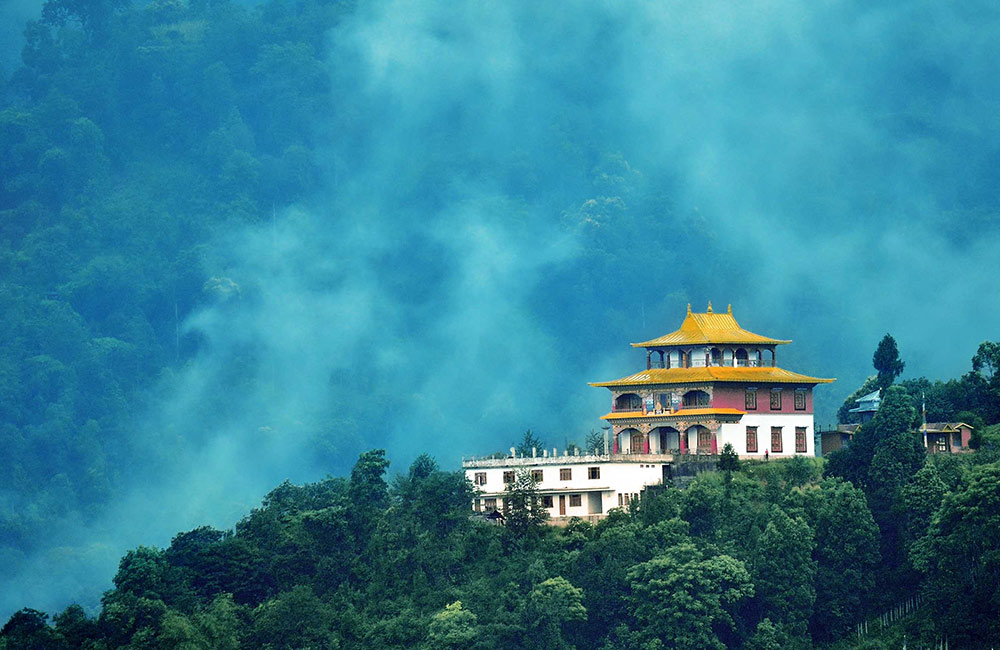 Visiting the many beautiful monasteries in and around the city is one of the most popular things to do in Gangtok. The structures are stunning examples of Tibetan architecture and give you a glimpse into the religion’s deeply spiritual world view. Some of the top monasteries you must visit are Rumtek, Tsuk La Khang, Pemayangtse and Enchey Gompa.

11. Enjoy the sunset at Tashi Viewpoint 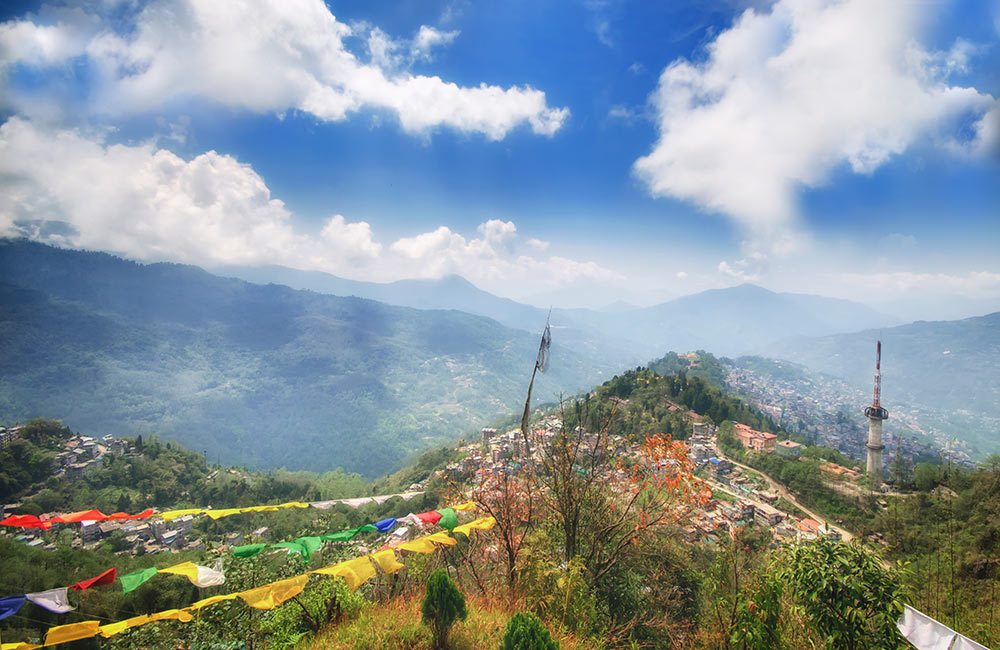 One of the most tourist-y things to do in Gangtok is to visit the Tashi Viewpoint (7.9 Km) when on a clear day, you can catch mesmerizing views of the mighty Kanchenjunga. Don’t be set off by the big crowds because the views of the city and the snow-capped mountains in the distance are truly rewarding. You can also see the Labrang and Phodong monasteries (two of the oldest ones in the area) from here.

12. Take a tour of the Temi Tea Garden 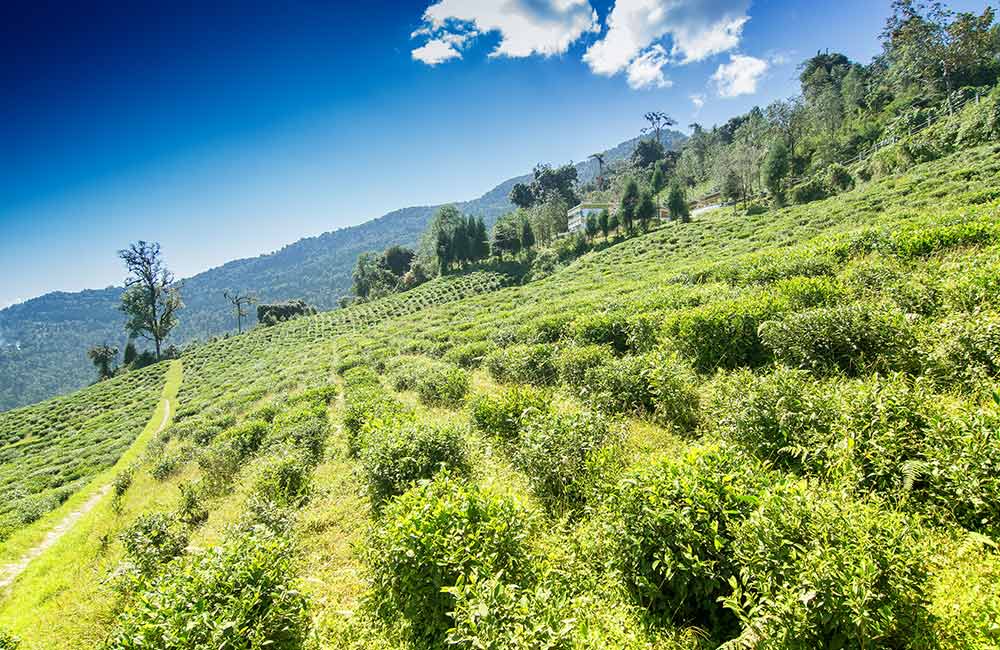 Here’s a unique thing to do in Gangtok – visit the Temi Tea Garden (47 Km from Gangtok), Sikkim’s sole tea grower, and take a tour of the facilities to get acquainted with the process of turning leaves into tea. The views of the verdant estate are stunning and it’s a memorable experience to have. Also, this is the only organic tea garden in the country and produces about 100 tonnes of tea in a year! Get some to flaunt back home, we say. 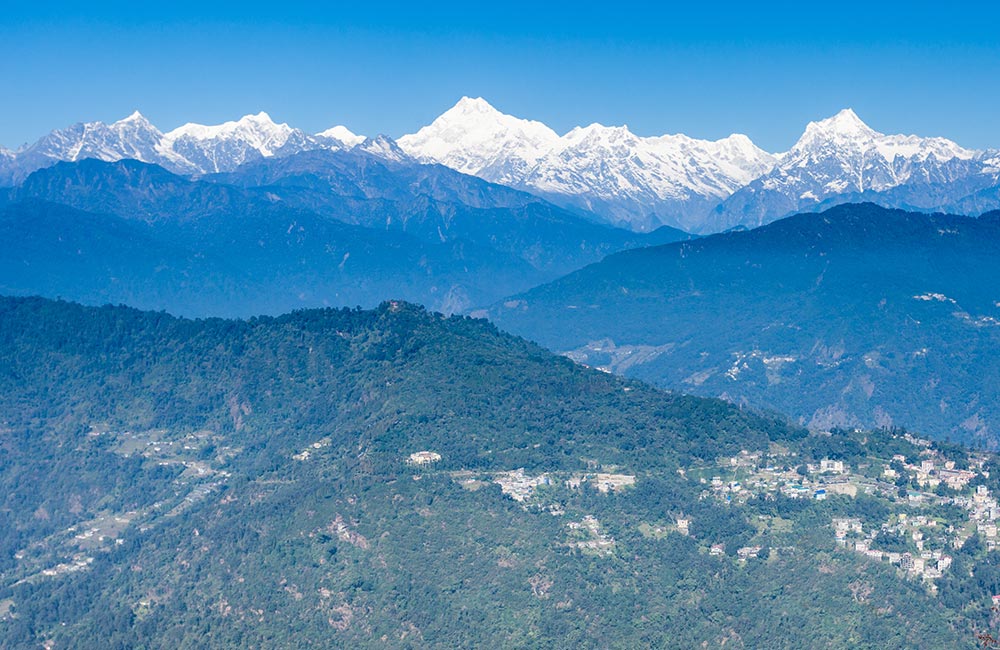 When, according to the epic, Ramayana, Lord Hanuman was bringing back the Sanjeevani Booti from the Himalayas, he stopped here to get some rest. The Hanuman Tok shrine was built in his honour and is a beautiful structure that offers a sense of calm and blessings to devotees who come here from all over. We’d say visiting this temple (managed by the 17 Mountain Division of the Army, no less!) is definitely one of the things to do in Gangtok.

14. Spend a day at the Himalayan Zoological Park 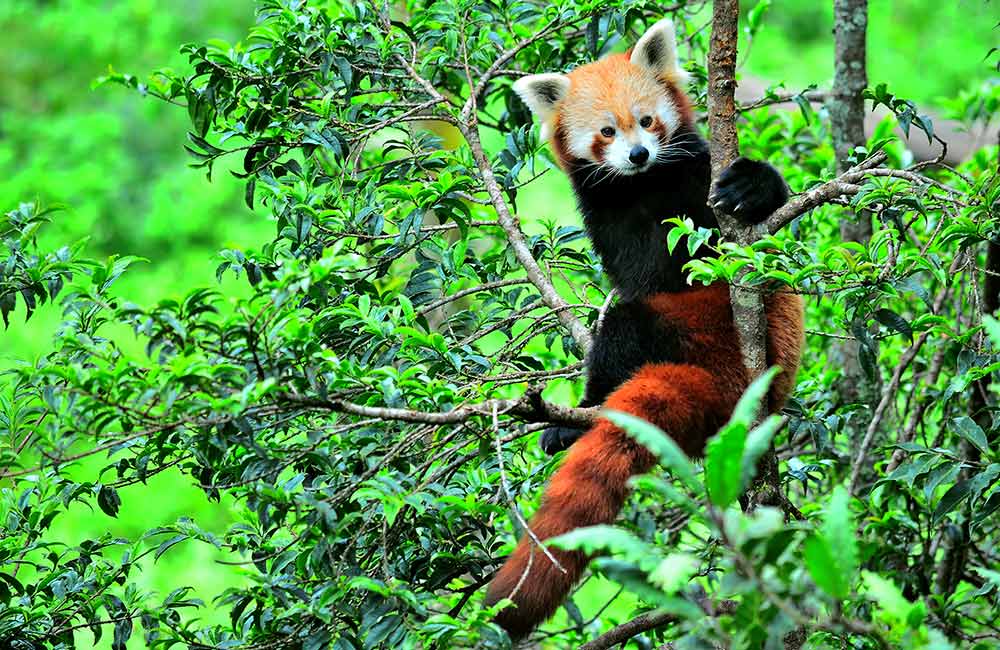 Another thing to do in Gangtok that’s not included in most tourist check lists is a visit to the Himalayan Zoological Park. Spread over 205 hectares in forested mountain terrain, the zoo is home to a variety of Himalayan fauna like the nearly extinct Red Panda, the Snow Leopard, Monal Pheasant, Palm Civets, Black Bears and more. And not the usual iron grill enclosures for them; the animals live in enclosures that are similar to their natural habitat as closely as possible – a welcome change from most other zoos in the country.

Exploring the vibrant Lal Bazaar, the city’s traditional market, is one of the most fun things to do in Gangtok. Jostle with crowds of local residents as they shop for groceries or buy fresh produce to get to special shops that sell Churpi or Yak cheese, traditional Nepalese Khukris, locally-made bamboo and cane baskets and Tibetan prayer flags. 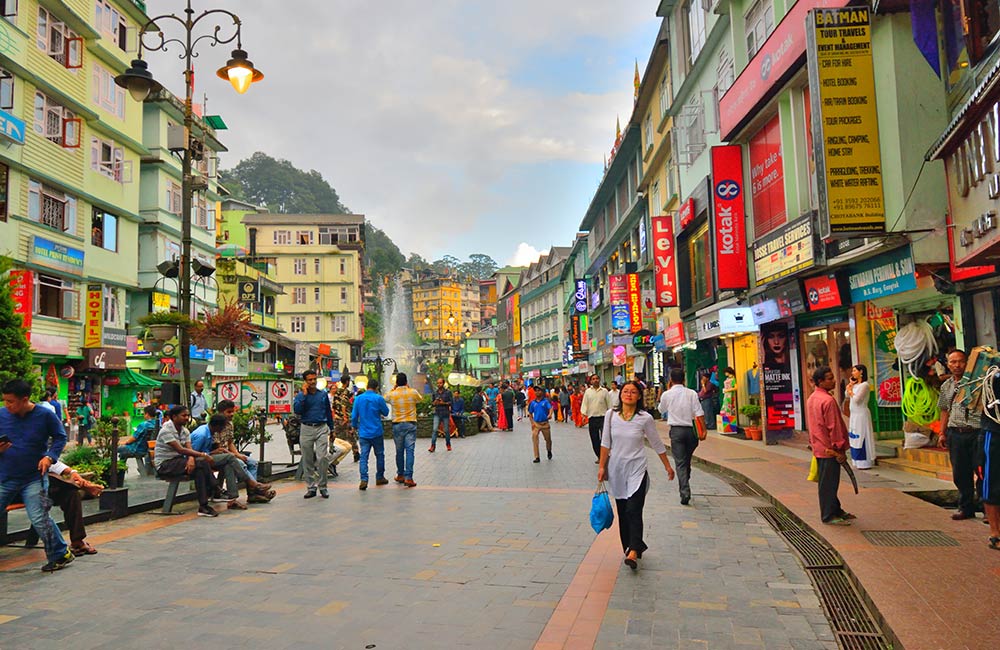 Shopping and dining at the many restaurants and cafes on MG Marg is another fun thing to do in Gangtok. A vibrant, upbeat place, MG Marg is a no-car zone and one of the most awesome places to visit in Gangtok. Try some (or a lot) of the local cuisine like Shapta, Tsampa shakes, Thukpas and Ningro churpi at one of the many restaurants here. Also, don’t come back without some choice Temi tea!

These are the best experiences in this beautiful Himalayan town that let you see Gangtok from different angles. We’re sure though, you have found some more awesome things to do in Gangtok that aren’t on our list. Share them here on our comments board and we’ll sneak them right in! Also Read – Places to Visit in Winters in India