Mussoorie Things to do

Irresistible Things to Do in Mussoorie

Mussoorie, popularly known as the Queen of Hills, needs no introduction as this tourist place has been catering to the wanderlust in holidaymakers for decades. There are several things to do in Mussoorie that keep you engaged throughout the trip including adventure sports like trekking, paragliding, rappelling, etc. Dotted with waterfalls, lakes, vantage points and other glories of nature, the hill station provides a perfect escape from the chaos and sultry weather of the cities. Then there is the iconic Mall Road, along with a few other landmarks, waiting to be explored. Read on to find out more about these popular things to do in Mussoorie:

Things to do in Mussoorie:

1. Get Awestruck by the Splendid Views 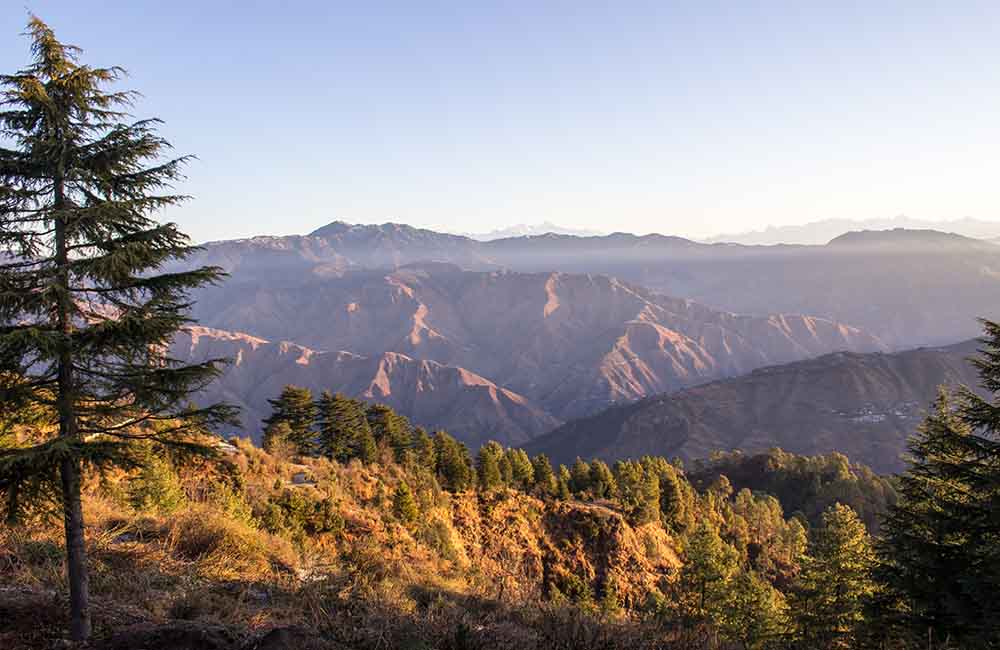 The tranquil landscape of Mussoorie will definitely make you skip a heartbeat with its natural charm. The hill station has the best viewpoints in the region, making it a must-visit for every vacationer. Lal Tibba (Depot Hill) is the topmost point in Mussoorie that offers breathtaking views of the surroundings. And you know what? You can even see the distant Kedarnath and Badrinath with the help of the telescope here, which was installed in 1967.

You can opt for a ropeway ride to the beautiful Gun Hill, which is the second highest peak in Mussoorie. Nag Tibba, or Serpent’s Peak, is another popular viewpoint offering mesmerising views of this splendid hill station.

2. Explore the Beauty of the Cascades 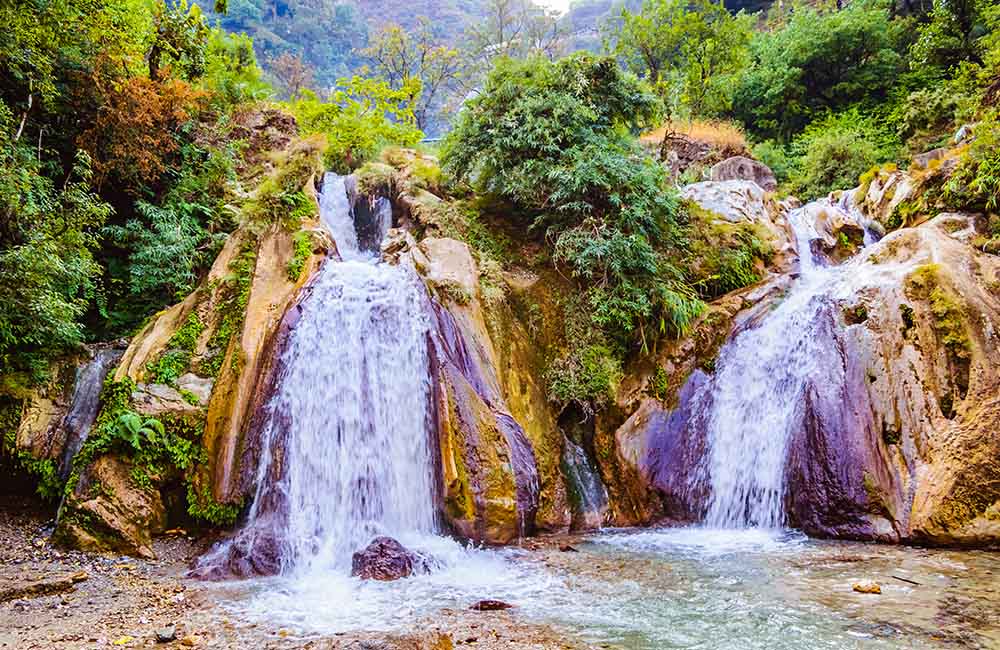 Mussoorie is dotted with some of the most beautiful cascades that you will ever see, including the stunning Kempty Falls – one of most popular places to visit in Mussoorie. This cascade has been thronged by visitors since the 1830s, when it was a favourite picnic and hi-tea venue of John Mekinan, a British officer.

Another picturesque cascade in this hill station that will capture your heart is Mossy Falls that is best visited early in the morning, when you will have this site all to yourself. Don’t miss out on the chance to visit Jharipani Falls and Bhatta Falls embraced by tranquil environs and lush thickets.

3. Plan a Visit to Popular Landmarks 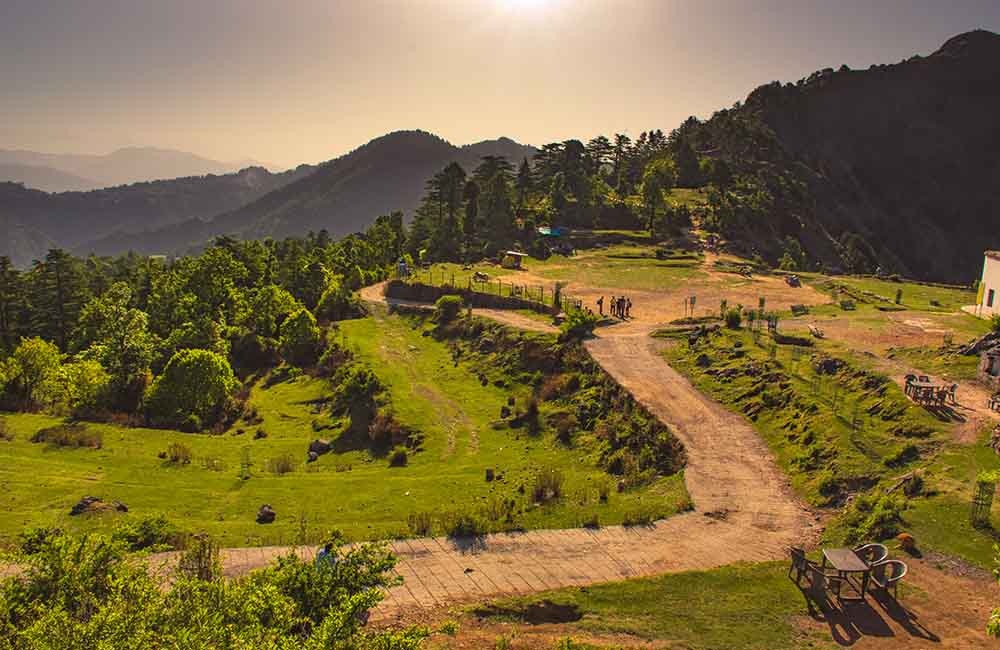 Mussoorie is home to several charming and historic landmarks that are frequented by locals and tourists alike. A prominent name on this list is Sir George Everest House, which served as the residence and laboratory of the legendary namesake personality. The historic Mussoorie Library, which has been operational for over 175 years now, stands proudly at Gandhi Chowk.

You can also plan a visit to Captain Young’s Mullingar Mansion, which is said to be the oldest existing building in the area. To know more about the rich heritage and culture of this quaint destination, you can scour through the displays of collectibles and artefacts at the Mussoorie Heritage Centre and Soham Heritage & Art Centre, which is a museum-cum-gallery.

4. Seek Solace at the Religious Sites 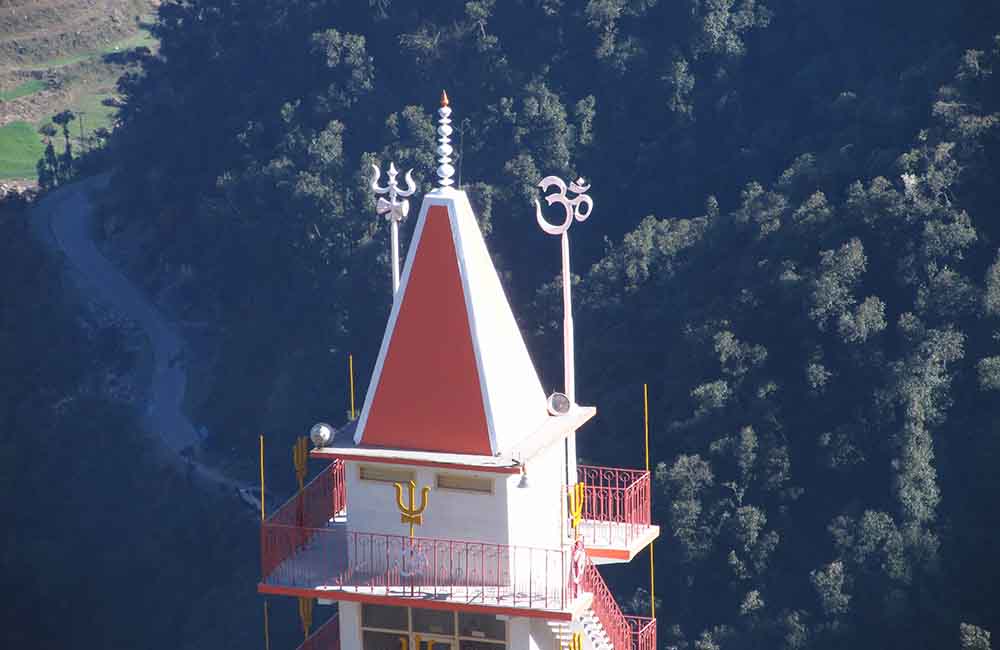 People often turn to religious places for solace, and Mussoorie has a handful of them. Jwala Devi Temple, also known as Jwala Ji Temple, is one of the most revered sites in the hill station where Goddess Durga presides as the main deity. The ancient Nag Devta Temple, dedicated to Lord Shiva, is another temple that is thronged by thousands of devotees year-round.

The famous Shedup Choepelling Temple, often referred to as the Tibetan Buddhist Temple, is believed to be the place where Dalai Lama stayed for a few days. The 19th-century Gothic style Christ Church is said to be the oldest church in the region. The Union Church and Jama Masjid are other prominent religious sites in Mussoorie that you can consider visiting.

5. Retreat in the Realms of Nature 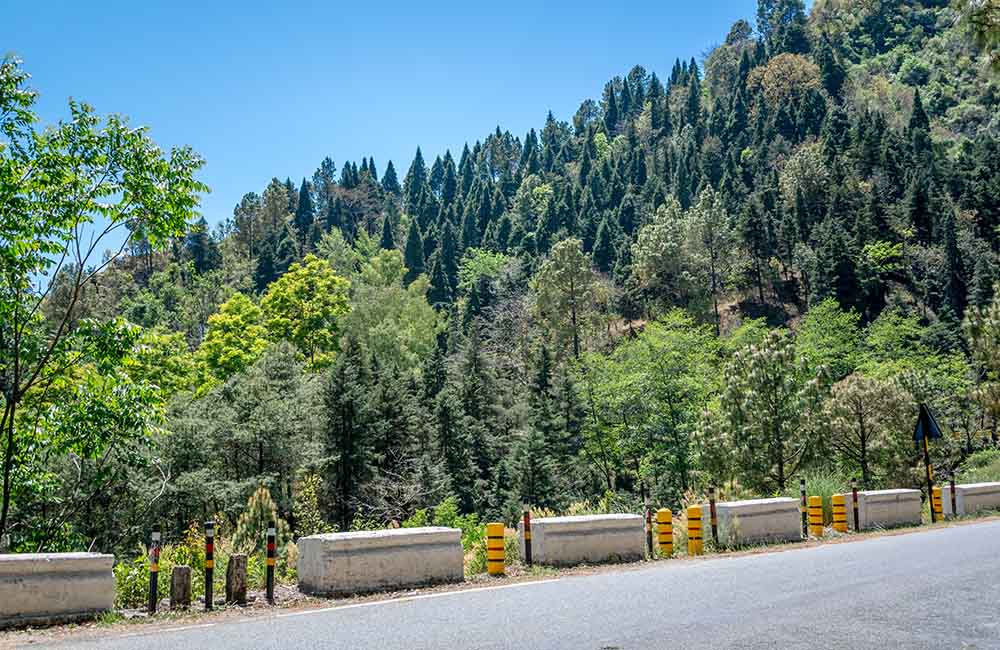 There are some amazing places in Mussoorie that assure you absolute peace and serenity like Lake Mist and Camel’s Back Road. The calm and secluded Lake Mist with emerald waters can be visited during early hours of the day to enjoy moments of quietude. You can also go for a nature walk on Camel’s Back Road that acquires its name because of its layout that resembles a camel’s hump. Enveloped by lush greenery, both these places form stunning backdrops for photographs, so don’t forget to carry your camera and avoid any regrets later! 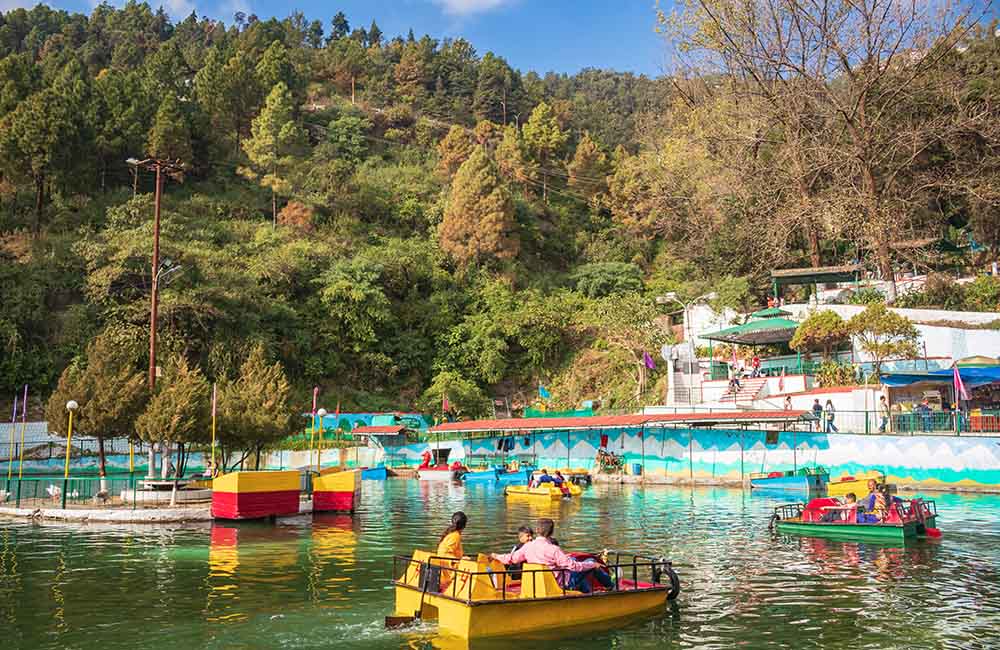 One of the must-do things in this hill station is boating on Mussoorie Lake. As you glide on the waters in a pedal boat, you get to enjoy the enchanting views of the Doon Valley and nearby villages. This spot has gained immense popularity in the recent past after being co-developed by Mussoorie Dehradun Development Authority and City Board. It has emerged as one of the popular picnic spots in the hill station with visitors thronging to this lake for a fun outing. 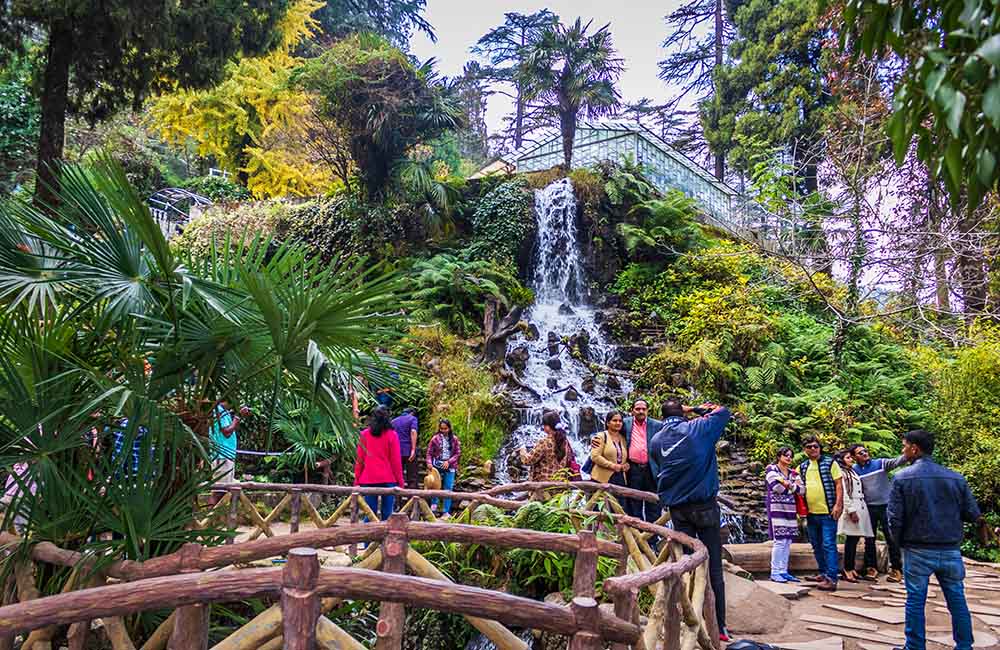 Nature has blessed Mussoorie with enchanting landscape as well as exquisite flora and fauna, making it a paradise for nature enthusiasts. Cloud’s End, marking the geographical end of the hill station, looks surreal enveloped in oak and deodar forests. Furthermore, the rich flora and fauna of Benog Wildlife Sanctuary and Jabarkhet Nature Reserve attract a number of visitors for birdwatching, wildlife spotting, etc.

You can also appreciate glories of nature at Van Chetna Kendra, which is less than 4 km away from the hill station. Company Garden, also known as Municipal Garden or Company Bagh, is another popular tourist attraction that you can visit if you admire flowers – nature’s colourful gifts.

8. Try Your Hand at Adventure Sports 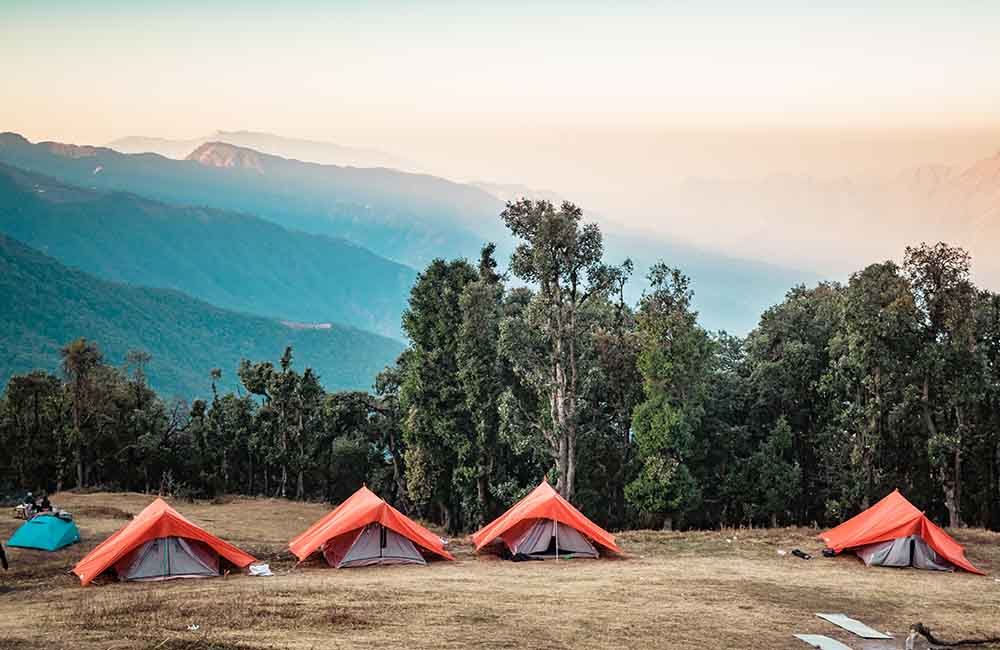 Mussoorie is a hub of activities, which attract a large number of adventure enthusiasts to this hill station. Trekking is one of the most popular activities that can be done here at Lal Tibba, Nag Tibba, Jabarkhet Nature Reserve, Har Ki Dun, etc. Lal Tibba, Lakhamandal and Mussoorie Lake are flocked by paragliders while Kempty Falls and Buranskhanda are perfect for travellers interested in rappelling and rock climbing.

You can also indulge in river rafting, zip lining, camping, fishing, biking, hiking and many other challenging activities in Mussoorie. This hill station is even believed to have the largest roller-skating rink in India, so don’t forget to try your hand at it. Besides, Mussoorie Adventure Park and Snow Adventure Zone provide an array of activities to adventurers like you.

9. Shop your Heart Out at Mall Road 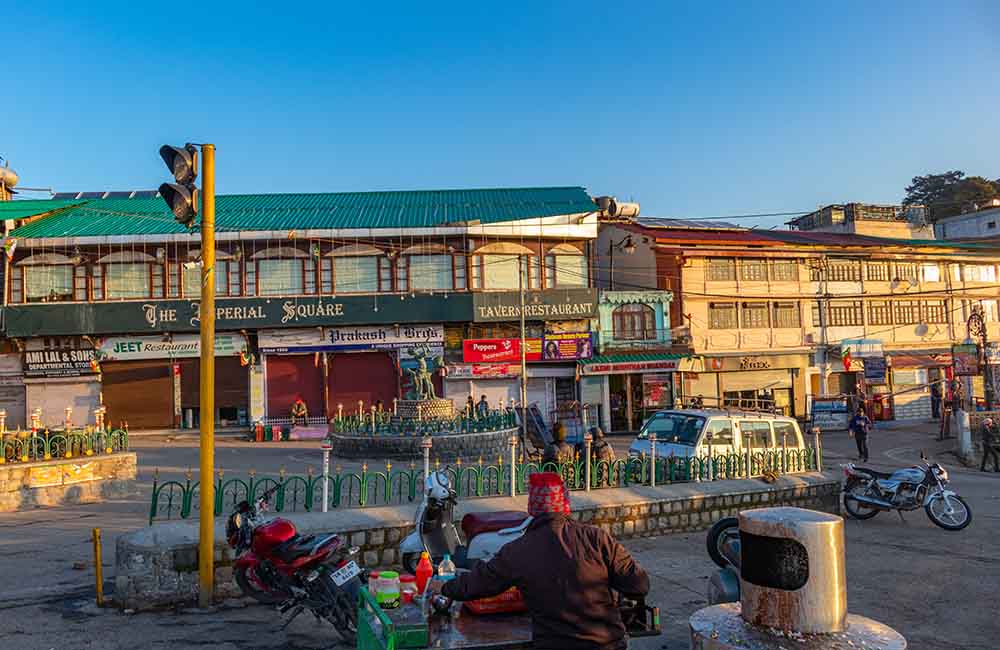 Just like any other hill station in India, the Queen of Hills too has a famous promenade named Mall Road – one of the inescapable tourist attractions in Mussoorie. This road is buzzing with tourists as well as locals and lined with several restaurants, hotels, cafes, shops, souvenir stalls and other establishments. Anything that you need – be it winter apparel for you or gifts for your loved ones – can be found here. Some of its popular shopping venues are Tibetan Market and Library Bazaar, also known as Gandhi Chowk.

Shopaholics looking for more can also visit other shopping hubs of Mussoorie, such as Landour Bazaar and Kulri Bazaar. Don’t forget to bargain at these places to save a couple of bucks! 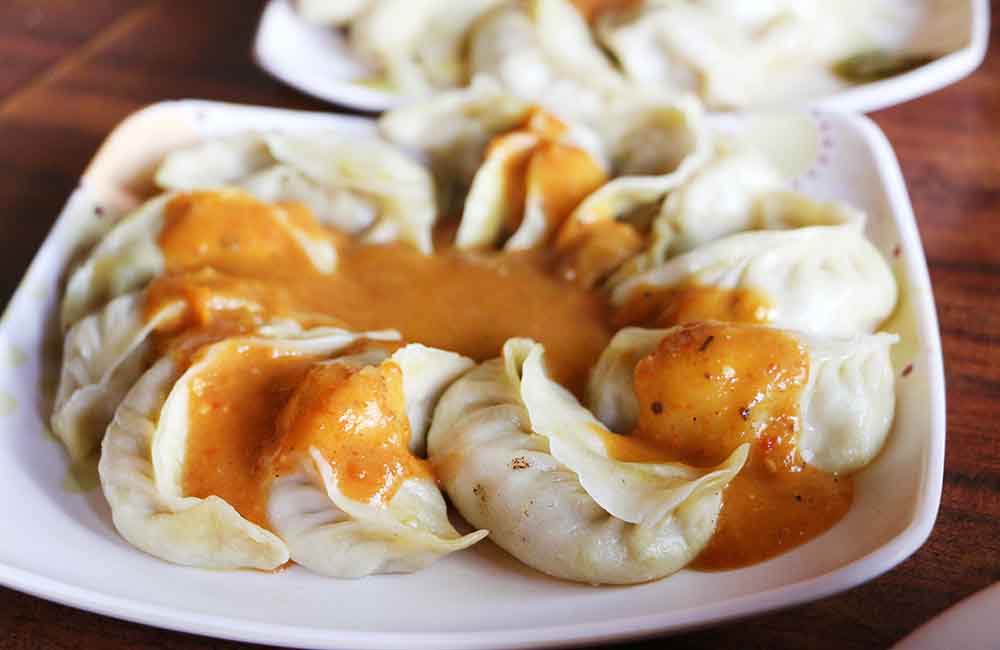 If you are a food lover, you must plan a visit to the famous Char Dukan: a cluster of four shops at Lal Tibba serving delicious food items like pancakes, waffles, momos, etc. Additional must-visit places for foodies are Kalsang, Cafe by the Way, Emily’s, Little Llama Café, Chic Chocolate, Tavern and Lovely Omelette Centre, among others.

With so many things to do in Mussoorie, you can definitely assure yourself of being engaged throughout your stay at this beautiful hill station!