No matter what kind of traveller you are, India is a destination that promises everything to satisfy your wanderer soul. Whether you are a nature lover, adventure seeker, foodie, history buff, devotee or wildlife enthusiast, there are plenty of amazing places in the country where you can enjoy memorable vacations. And when it comes to wildlife, India has some of the best national parks, wildlife sanctuaries, tiger reserves and bird sanctuaries for you to explore.

While most national parks and sanctuaries in India conduct safaris during daylight hours, some allow night safaris as well. The thrill of exploring dense forests in the dark is a whole new level of fun altogether. From the distant growl of tigers and other beasts and the chirp of crickets to the flutter of bats and owls and twinkle of fireflies, you can experience so much at night. So, if you are a wildlife enthusiast who is keen to explore forests post sunset, night safaris in the following national parks will leave you awestruck.

Located in Madhya Pradesh, nestled in Maikal Range of Satpuras, Kanha National Park is counted among the best wildlife regions around the world. This national park is spread over an area of 940 sq. km, and its total area, including the buffer and core zones, is 1945 sq. km. Night safaris here are organised in the Mukki buffer zone. If you’re lucky enough, you can spot some wild creatures including tigers and barasinghas roaming around freely in the wild. So, if you are keen to witness the wilderness of this national park after the sun goes down, taking a night safari in Kanha National Park is the best option. There are also many camping options in the vicinity. 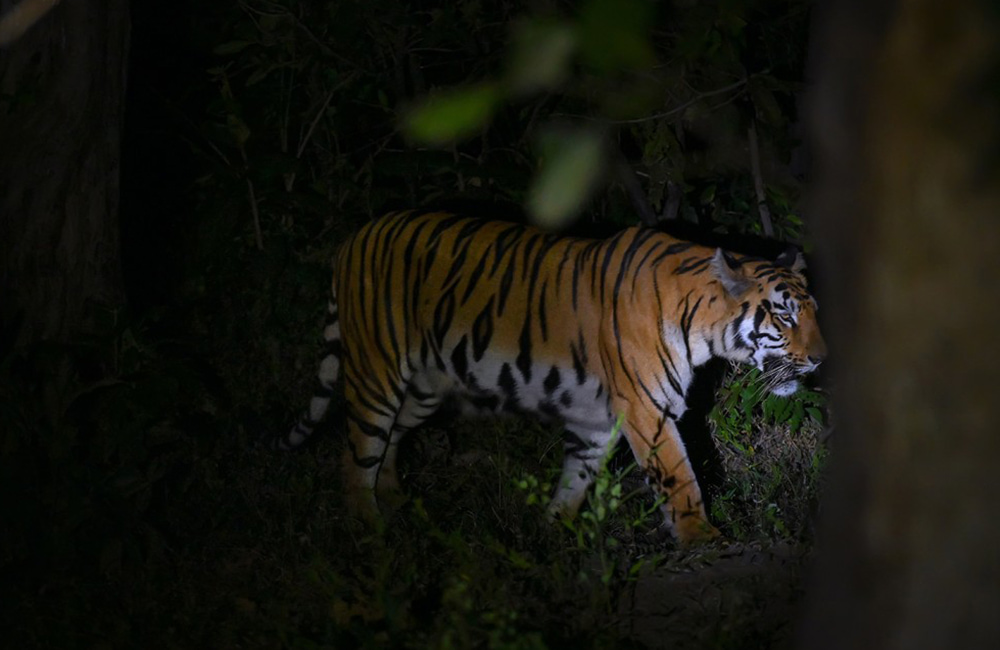 Situated in the Seoni and Chhindwara districts of Madhya Pradesh, Pench National Park is one of the finest places in India for night safaris. It is spread over an area of 758 sq. km and known for its rich flora and fauna including some rare and endangered species.

Both day and night safaris here are quite popular among wildlife buffs. While day safaris are perfect for checking out both flora and fauna, night safaris offer spotting of wild boar, Bengal tigers, Indian wolf, hyena and wild dogs. You can also spot wood owls and other nocturnal creatures once the sun goes down. Pench National Park conducts night safaris in the Tikadi buffer zone which lies near the Khawasa buffer and Karmajhiri Gate. 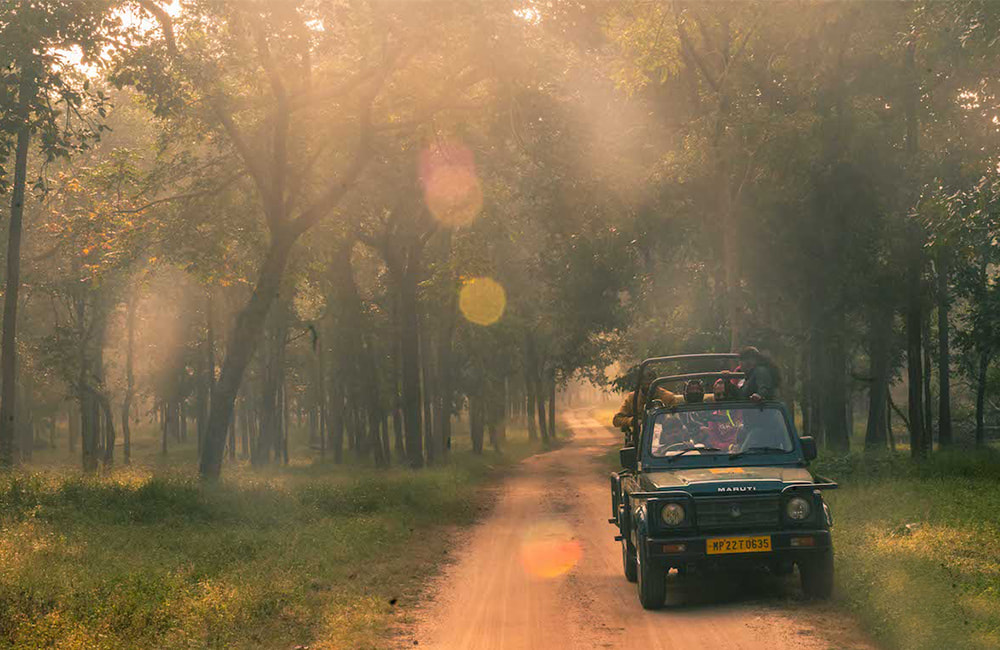 Bandhavgarh National Park, also known as Bandhavgarh Tiger Reserve, is yet another popular option for wildlife enthusiasts visiting Madhya Pradesh. Situated in the Umaria district of the state, this national park is known for housing a huge population of tigers and regarded as one of the best places for tiger tours in the India. Don’t be surprised if you see tigers walking majestically near your vehicle during the safari!

This nature reserve national park, which is home to around 37 species of mammals, 250 species of birds, 80 species of butterflies and many reptiles, is a delight for wildlife lovers. The terrain is also quite amazing with open meadows, steep ridges, grasslands and bamboo, Sal and other forests, all supporting the rich wildlife here. Bandhavgarh National Park is one of the few national parks in India that conducts both day and night safaris for visitors. So, apart from enjoying jeep and elephant safaris during the daytime, you can experience the beauty of the place post-sunset as well. As it gets dark, the sound of crickets and the glow of fireflies create a wonderful setting. Also, remember to keep an eye out for animals hiding behind trees and bushes at night. The national park conducts night safaris in Parisi and Pachpedi zones. 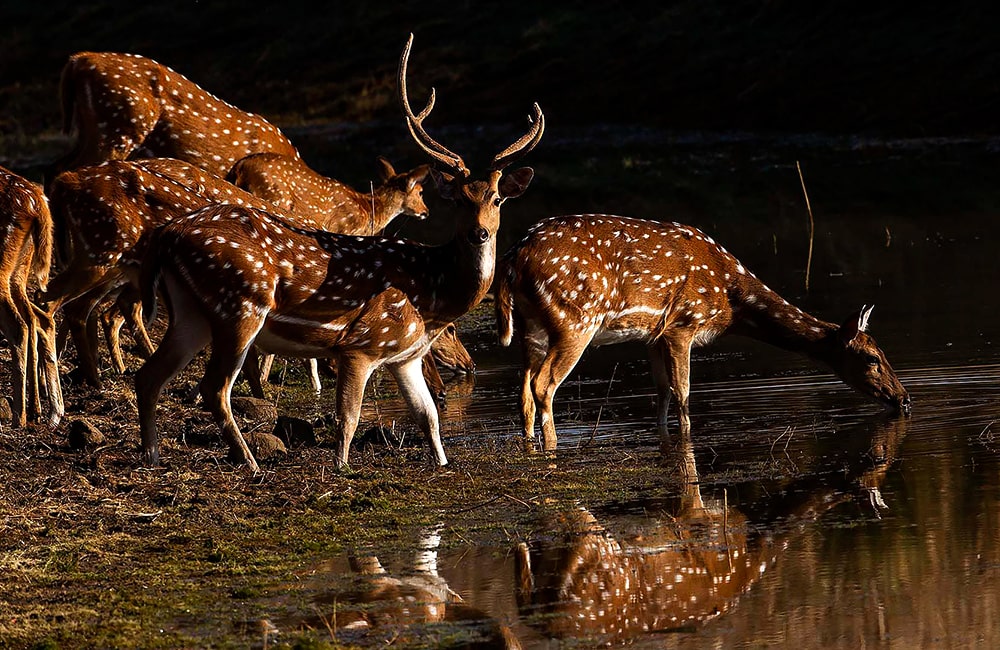 Tadoba-Andhari National Park, also known as Tadoba National Park, is among the best tiger reserves in India. The national park is in the Chandrapur district of Maharashtra and covers an area of 1727 sq. km. It is one of the oldest and largest of its kind in India and known for sheltering over 80 tigers and many other animals, birds and reptiles in its southern tropical dry deciduous forests.

Tadoba-Andhari National Park is home to around 190 species of birds, 70 species of butterflies and some reptiles, such as snakes and lizards. Dense forests, lush meadows, deep valleys and hillocks add to the beauty of this national park, making wildlife safaris here a surreal experience. Safaris post sunset are quite amazing when you can see some animals returning to their dens and nocturnal species coming out in the wild. The serenity of the forests and the thrill of spotting wildlife in the dark make night safaris a unique and wonderful experience here. 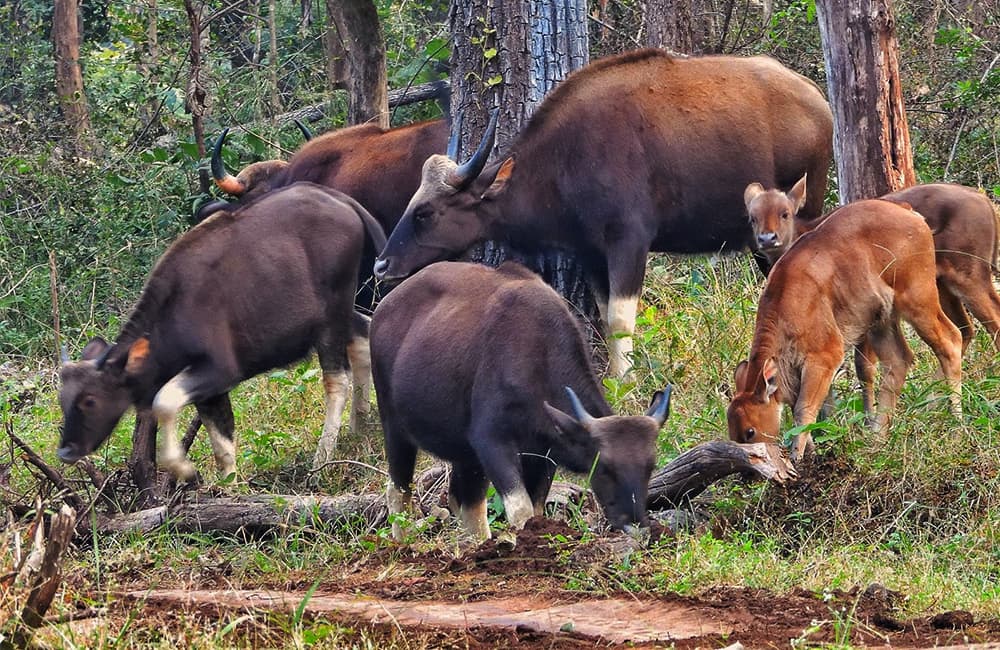 Satpura National Park or Satpura Tiger Reserve is one of the most diverse and beautiful national parks in Madhya Pradesh. Situated in the Hoshangabad district of the state, the tiger reserve has an exciting terrain with narrow gauges, ravines, sandstone peaks and dense forests. It is interesting to note that the altitude of Satpura National Park varies from 300 metres to 3252 metres.

Boasting rich biodiversity, Satpura National Park houses different species of animals, birds, reptiles and plants, including some endangered ones. Some rare and endangered species that can be spotted here during wildlife safaris are the Rhesus monkey, giant squirrel, flying squirrel and leaf-nosed bat, among others. And since Satpura National Park organises day as well as night safaris, you can go for both and make the most of your trip. Night safaris are conducted post-sunset in the Parsapani and Sehera buffer zones. 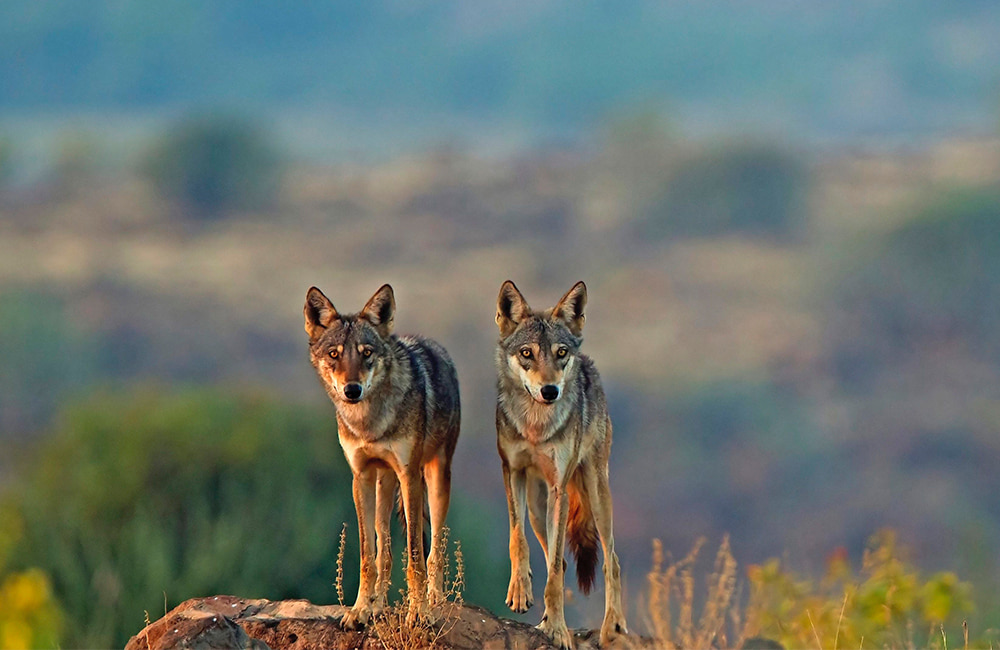 Panna National Park, the fifth tiger reserve in Madhya Pradesh, is another popular attraction among wildlife lovers and birdwatchers. This national park lies in the Panna and Chhatarpur districts of the state and is spread over an area of 543 sq. km. It is home to some of the biggest predators, including tigers, gharials and vultures. Seven out of nine vulture species in India are found in Panna National Park.

Apart from dry deciduous forests, Panna National Park is known for its extensive plateaus and gorges, riverine, open grasslands, thorny woodlands, waterfall and natural beauty. When it comes to fauna, this protected area houses many mammals, reptiles and around 200 species of avifauna. If you plan to visit this place, you can opt for jeep safaris for a thrilling and memorable experience. The jungle safari here takes you through dense forests and across undulating terrains, which helps you spot different types of plants and animals that are not visible otherwise. Panna National Park offers night safaris for enthusiasts in two buffer zones named Jinna and Akola. Forest guides use special night vision camera traps to help visitors spot desert cats, fishing cats and other animals that are active at night.

Although heart-pounding at times, night safaris are truly amazing. It is quite fascinating to watch the evening habits of certain wild animals and nocturnal creatures up close, things you cannot experience in broad daylight. And if you are worried about the safety part, don’t be, as the routes for night safaris are decided by the state and local authorities, keeping the safety of both visitors and animals in mind. So, gear up for something unique and exciting on your next vacation, by signing up for a night safari.