Indore is Madhya Pradesh’s biggest city as well as a commercial and cultural hub. It is dotted with many historic monuments like Rajwada Palace and Lal Bagh Palace, which makes it a brilliant city to visit if you are a history, art, or culture enthusiast. Indore’s cuisine needs no introduction as it is a major part of the city’s charm. From Poha Jalebi to Khatta Samosa, every delicacy offered here is a delight for street food lovers. Besides culture, history and food, Indore is also known for its cleanliness. But guess what! That is not even the end of Indore’s offerings to its visitors. The magnificent forts near Indore are also a reason why globetrotters visit this beautiful destination.

Check out this list of seven spectacular forts that you can visit from Indore. 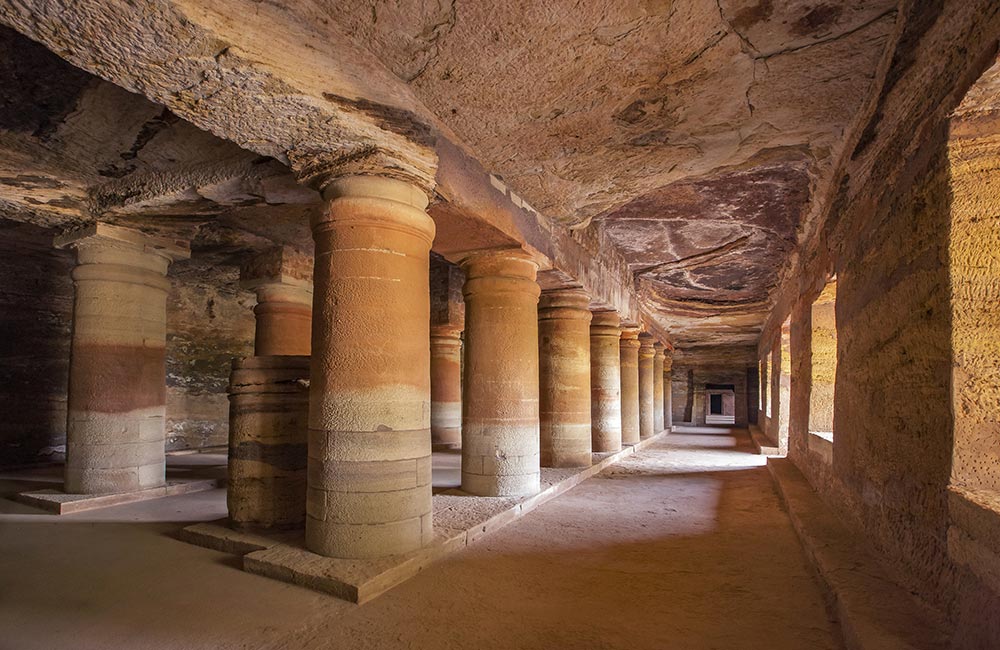 Built in red sandstone with 2-kilometre long ramparts, Dhar Fort is a historical gem found in the region. Commissioned by Muhammad bin Tughlaq in 1344, this edifice is considered an amalgamation of Indian, Mughal, and Afghan architectural styles. It is also noteworthy in terms of history as it was a crucial base for Indian freedom fighters during the Sepoy Mutiny of 1857. 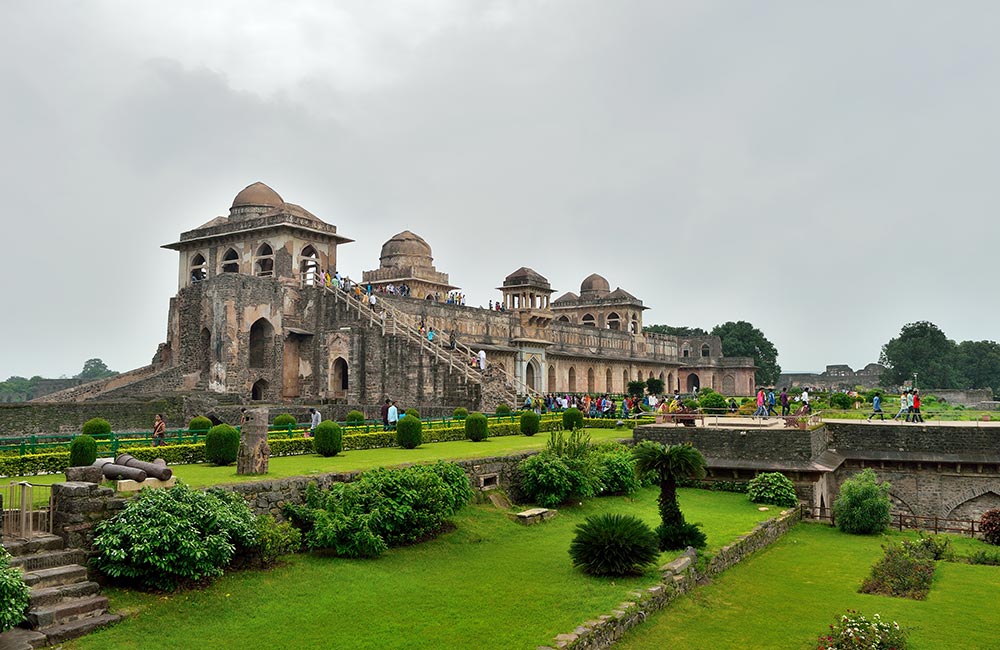 Nestled in the Vindhya Range, India’s largest fortified town of Mandu is an exceptional example of the architectural finesse of medieval era. Built to serve as a fortress retreat, the outpost is believed to have seen many rulers over the centuries and was once formidable but now lies in ruins. However, it is one of the top places to visit near Indore within 200 km.

Within its walls that run across a length of 82 km, there are numerous palaces, temples, and mosques. Most noteworthy among the many monuments within the fort that have managed to withstand the ravages of time is Jahaz Mahal or Ship Palace. The complex of Mandu is big enough to take 2 days’ worth of exploring, so plan accordingly! 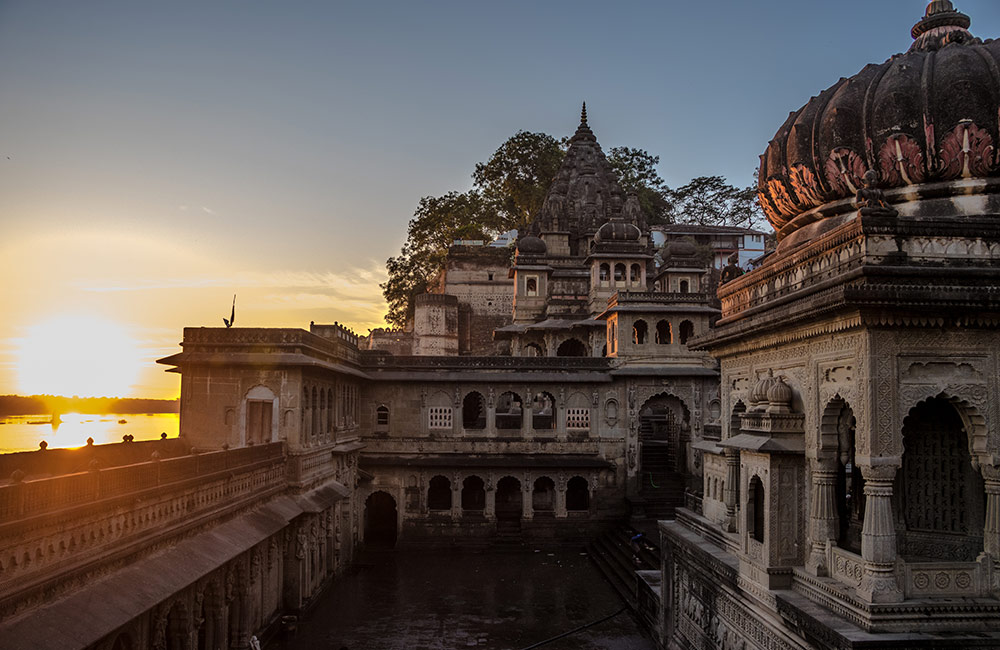 Maheshwar Fort | #3 of 7 Forts near Indore

Maheshwar Fort is unique in its own way. While most other forts in not just Indore but the entire nation were constructed to look impenetrable and formidable, Maheshwar Fort looks aesthetically wonderful. It is located along the banks of Narmada River. Built by Ahilya Devi Holkar, the monument has now been converted into a heritage hotel; however, a temple within its walls is open to all. 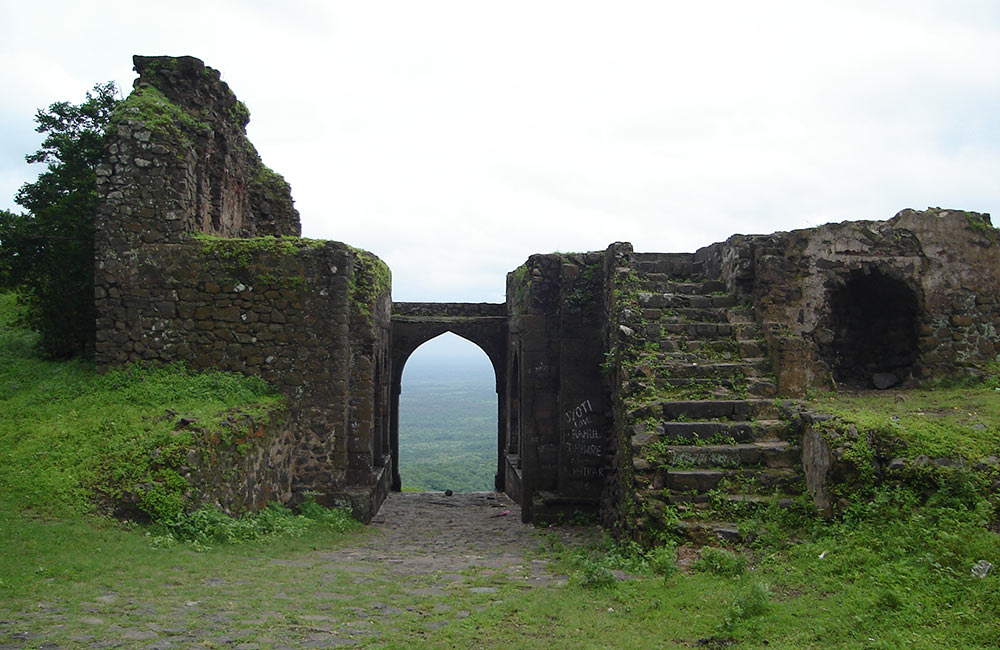 Asirgarh Fort | #4 of 7 Forts near Indore

Located in the Satpura Range, Asirgarh Fort, if simply put, is breathtaking. It was built in the 15th century by Asa Ahir, who also lends it its name, and was eventually occupied by the British. The fort is important in history as it used to be the portal to enter the Deccan region. It is sprawled across a hilltop and like most forts in and near Indore, overlooks the town that thrives at its base. The architecture of Asirgarh is influenced by Turkish, Indian, Islamic, and Persian styles. 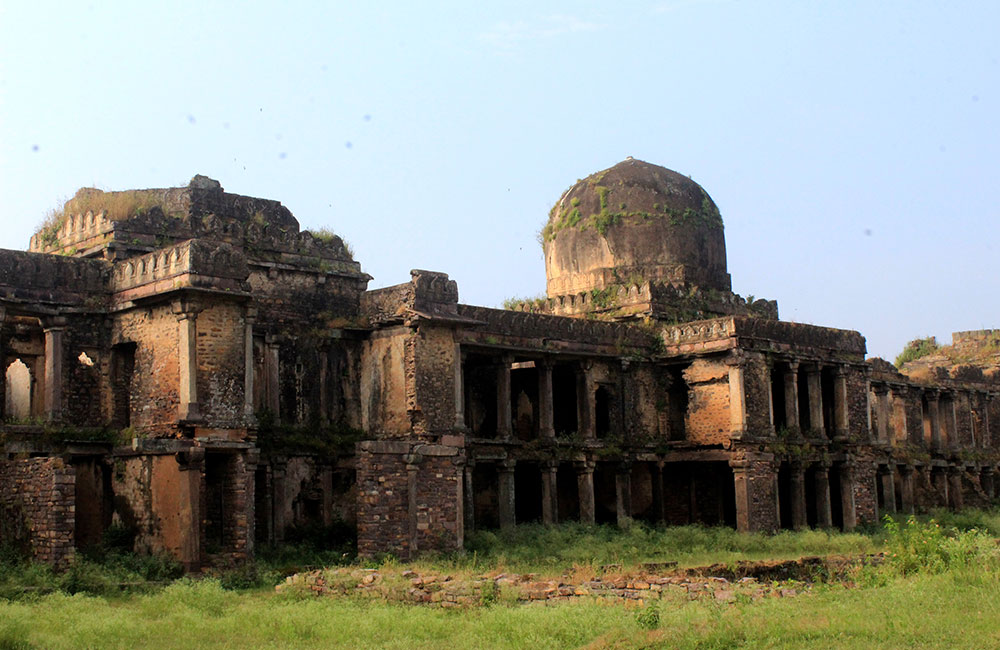 Raisen Fort is not as close to Indore as Mandu but you can still cover it on a one-day trip from Indore. Once you reach here, the first thing you would notice is the sheer size of this fort. Entering Raisen Fort requires some effort as the path is uphill but, your efforts will be well rewarded with the awe-inspiring views of the town from atop. This ancient fort was built in 1200 AD and has seen multiple dynasties, all of which have left their mark on it in the form of architectural additions. 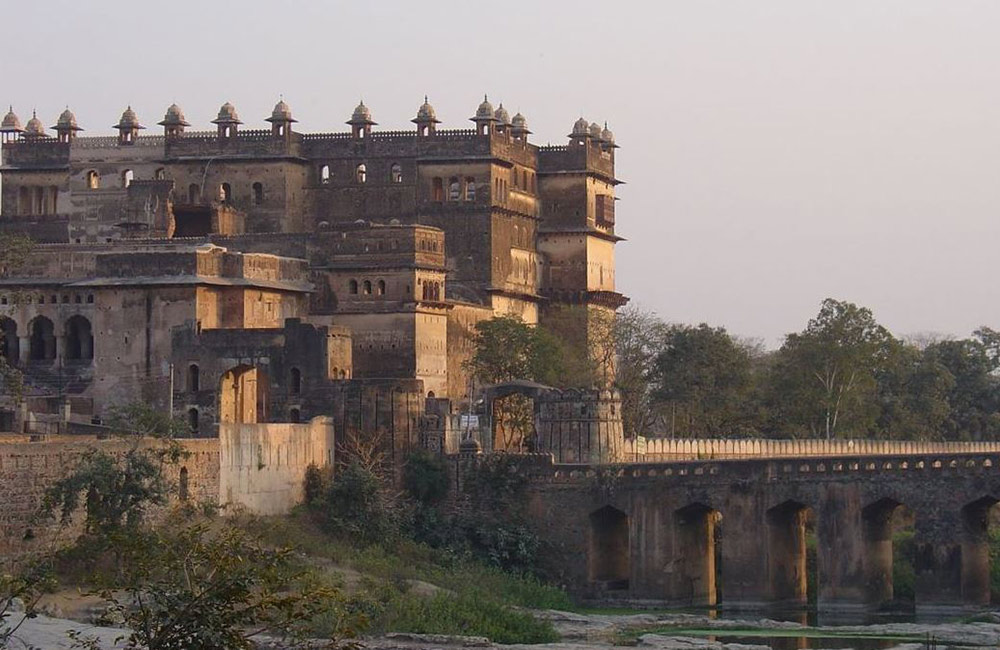 Again, Orchha Fort Complex isn’t exactly near Indore, but given its rich value in terms of history, culture, and architecture, you must not miss it. Orchha was a thriving, fortified town during the 16th century and served as the capital of the Bundela dynasty. However, the town was abandoned in the year 1738 when the kings and their subjects moved to Tikamgarh.

Controlled by the Department of Archaeology, this fort is now an important tourist attraction in Madhya Pradesh. There are many beautiful palaces, pavilions, hamams, temples, cenotaphs and gateways on its premises, the most impressive of all being Jahangir Mahal and Raja Mahal.

Gwalior Fort | #7 of 7 Forts near Indore

Although Gwalior Fort is quite a long drive from the city, we are compelled to put it on the list of must-visit forts near Indore owing to its historical and cultural importance. So if you are willing to travel, there is no reason why you shouldn’t explore one of the largest forts in the entire nation.

Built in the 8th century, Gwalior Fort is one of the oldest forts in Madhya Pradesh. It encompasses many temples, palaces and a Gurudwara within its ramparts. One of the most noticeable monuments among the many within the fort is the marvelous Man Singh Palace.

With so much beauty and history attached to Indore, how can you stop yourself from visiting each one of these grand monuments?