8 Beautiful Temples in Lucknow You never knew About

Think Lucknow is just about Awadhi food and Nawabi culture? If you do, then I can’t blame you because for a long time, I thought that too. There are so many places to visit in the city, most dating from the Nawabi or colonial times. There are mosques, lavish residences, gardens, markets and even a riverside promenade! But, one thing most people (including myself) don’t associate with the City of Nawabs is temples…Despite being a regular to the city, I have visited only one temple here, as I thought that was the only worthwhile one. But, I was wrong. Here are the most revered temples in Lucknow you must visit on your next trip: 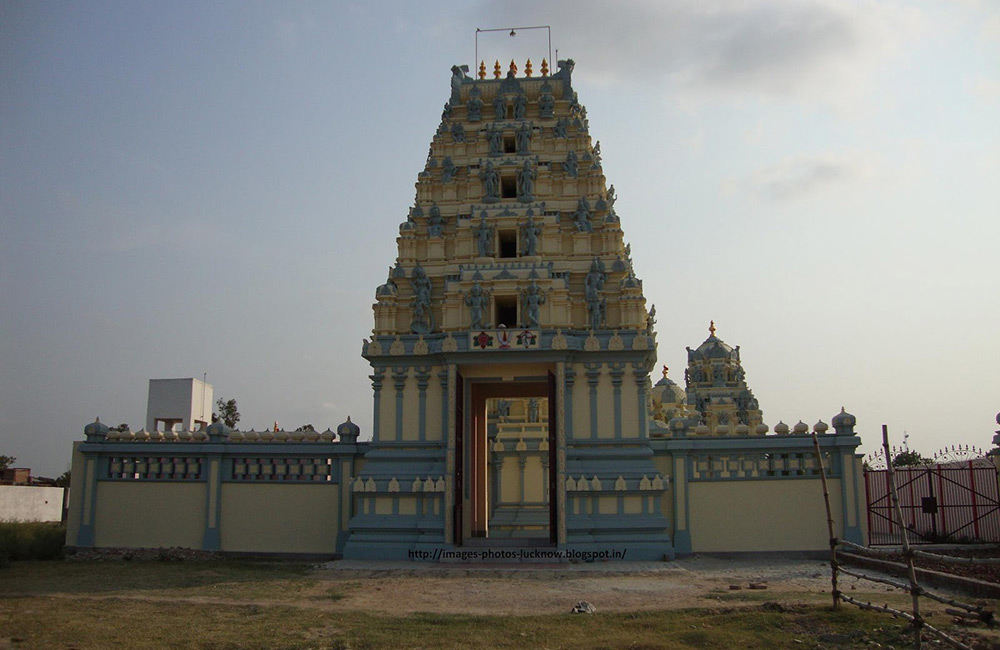 Just one look at this temple almost transports you to South India! Yes, the temple dedicated to Lord Balaji, a manifestation of Lord Vishnu, is built in the traditional Dravidian style with an elaborately sculpted and brightly painted 50-feet high pyramidal entrance tower, known as Gopur. Spread across a mammoth 27000 sq feet, the shrine houses idols of Lord Venkateswara, Lord Hanuman, Goddess Padmavati and Navagraha (nine planets). 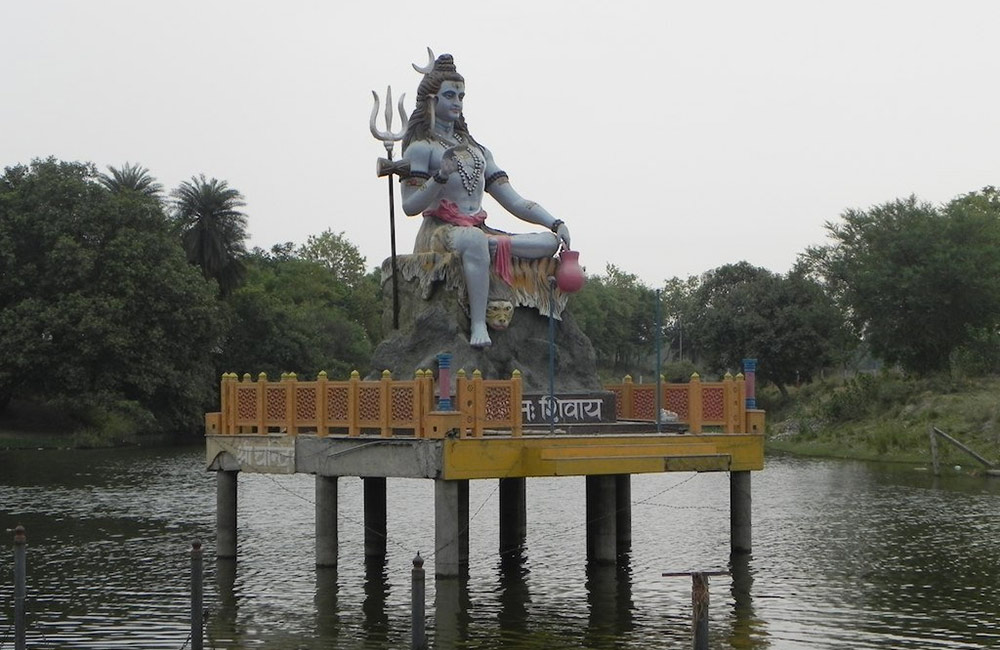 Located on the banks of the Gomti River, Chandrika Devi Temple is a good place to get some spiritual therapy as well as peace and quiet. As per legends, the temple was established by Rajkumar Chandraketu, the son of Lakshman, in reverence to Goddess Chandrika, who is considered to be a manifestation of Goddess Parvati. As you reach here, a large statue of Lord Shiva in the middle of a water pool greets you. It’s best to come here on new moon nights or during Navratri, when a huge fair is organised here. 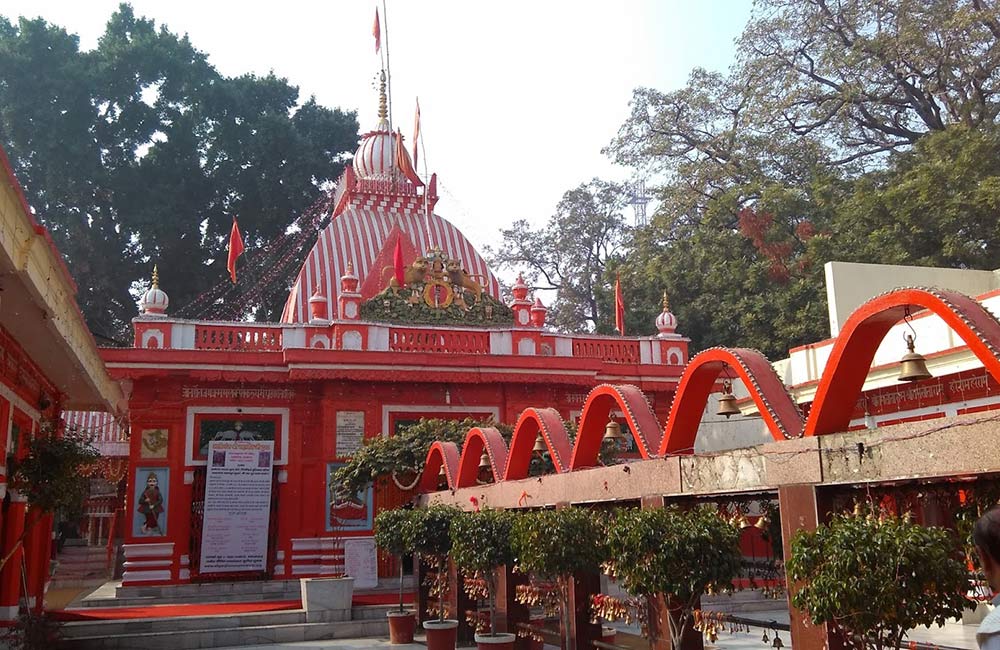 I should probably curse myself, as (again) despite regularly coming to Aliganj on my Lucknow trips, I never knew about this temple. Those who doubt India’s secular ideals should know that this temple, according to lore, was founded by the wife of the third Nawab of Lucknow, Shuja-ud-Daulah, Begum Janab-e-Alia! The temple is the focal point of the celebrations of Bada Mangal, meaning Big Tuesday, an event which can fall 4-5 times during May-June. 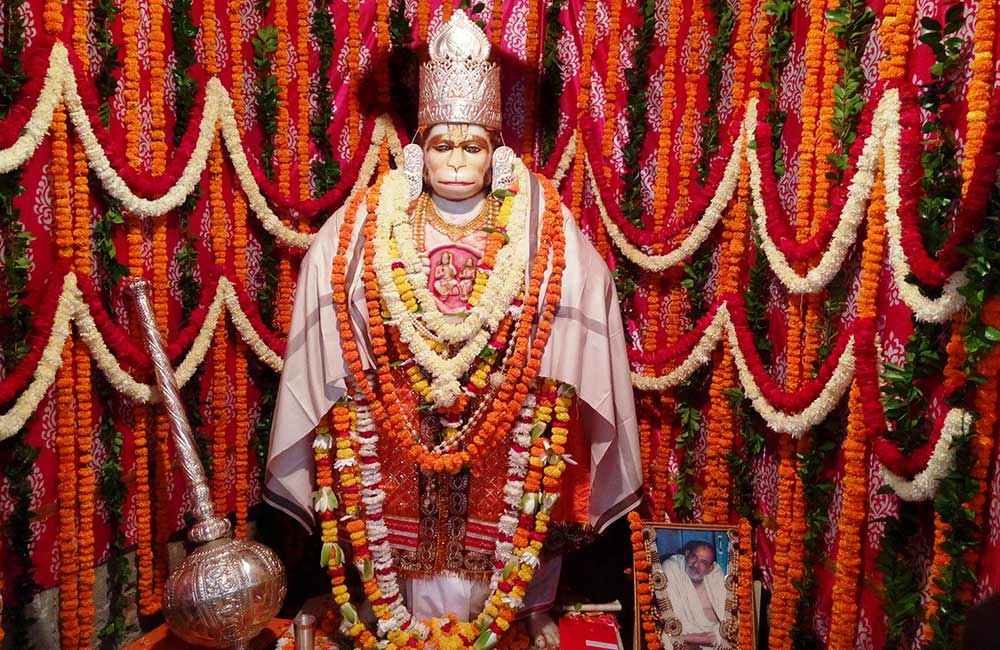 When I was young, one of the regular things to do in Lucknow for me would be to visit Hanuman Setu Mandir, also known as Sankat Mochan Hanuman Temple. The temple was founded on the banks of the Gomti River in the 1960s by Neem Karoli Baba of Kainchi, Uttarakhand, whom my family reveres a lot. My maternal grandfather (nana) used to volunteer for the priestly activities here every Tuesday, reaching the shrine early morning. There are two distinct sections of the temple: one housing an idol of Lord Hanuman and the other of Neem Karoli Baba.

Oh, just so you know, the temple is quite close to Hazratganj, one of the best places for street shopping in Lucknow. 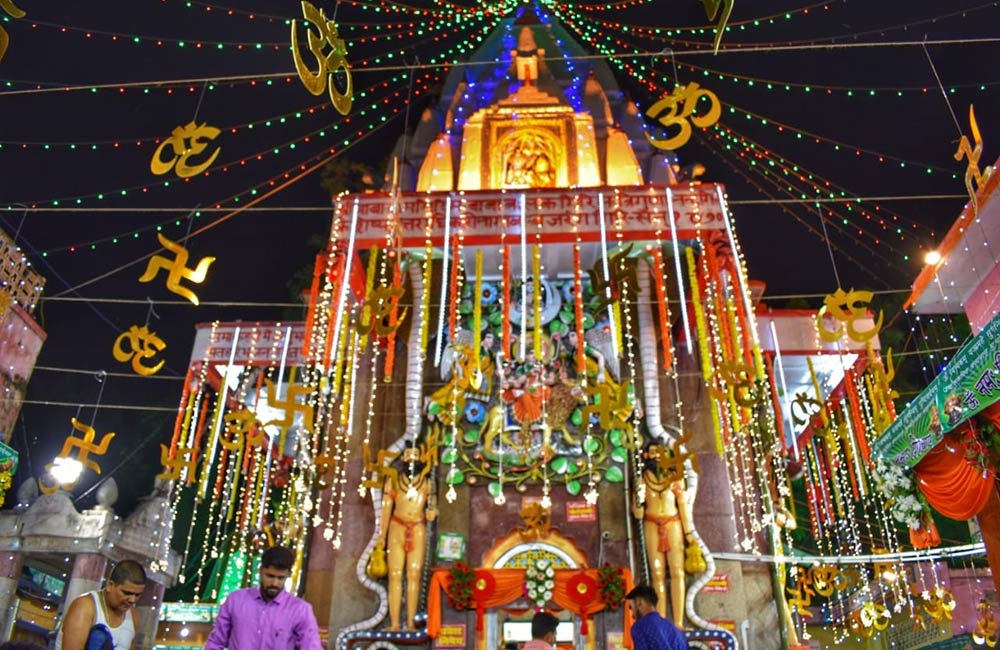 One of the most significant historical places in Lucknow, the 1000-year old Mankameshwar Temple is situated on the banks of the Gomti River. As per mythology, Lord Lakshman prayed to Lord Shiva at the site, on which a temple was later constructed. Locals believe that wishes made to Lord Shiva at the temple come true, hence, the name Mankameshwar. Interestingly, the rituals at this temple are overseen by the first woman mahant (chief priest) on the city. 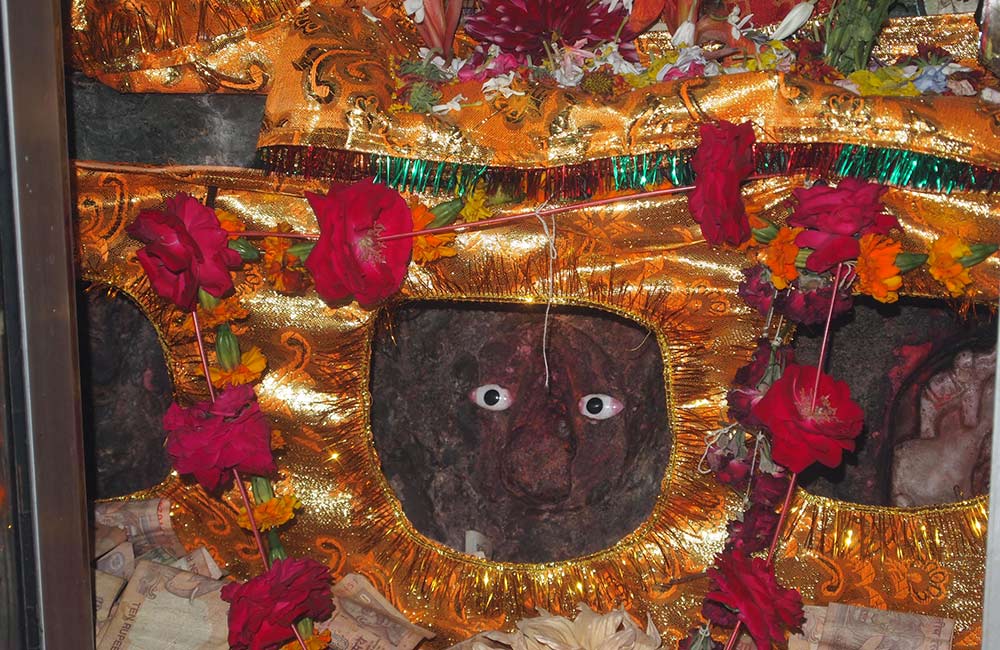 Considered to be among the oldest temples in Lucknow, Sheetala Devi Temple is also said to date from the time of the Nawabs. It is said that after some unknown intruders destroyed it, the idol of Goddess Sheetala was discovered in a pond nearby. After the discovery, Raja Tikait Rai, a high-ranking official in the court of the Nawab, built the new shrine and also a large pond, which can be reached via a flight of stairs. The best time to visit this temple is during the Aathon Ka Mela, a lively fair held after Holi. 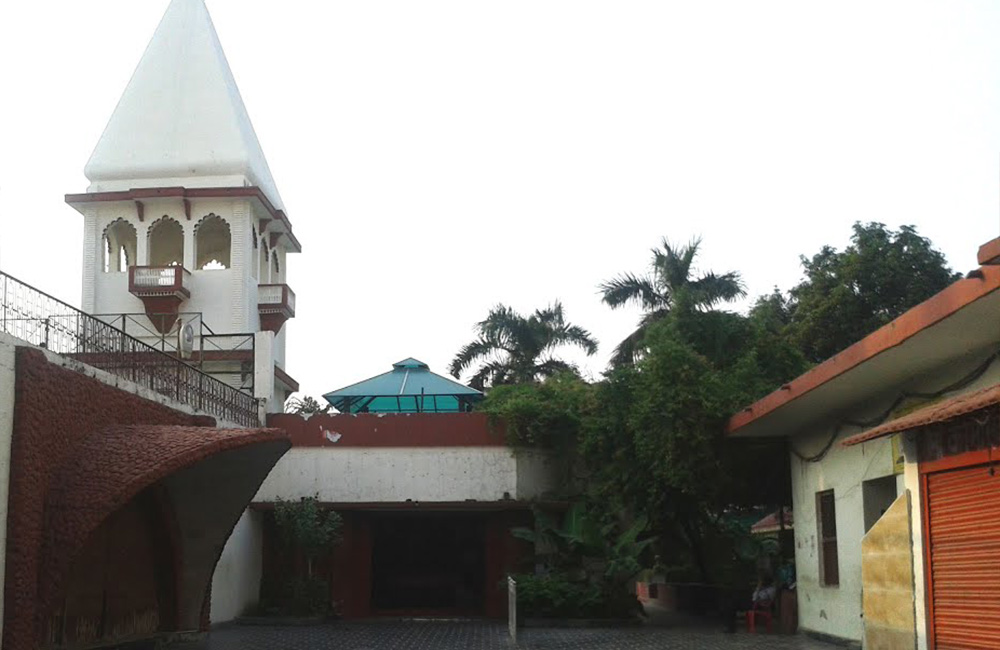 Primarily dedicated to Lord Shiva, who is also called Bhootnath, this shrine houses the idols of several other deities as well, most notably Lord Hanuman, Goddess Parvati and Nandi (the mount of Lord Shiva). Considering its significance, the entire area was named in its honour, including the lively Bhootnath Market. The best time to visit the temple is during Mahashivratri, when the entire area is decked up in lights. 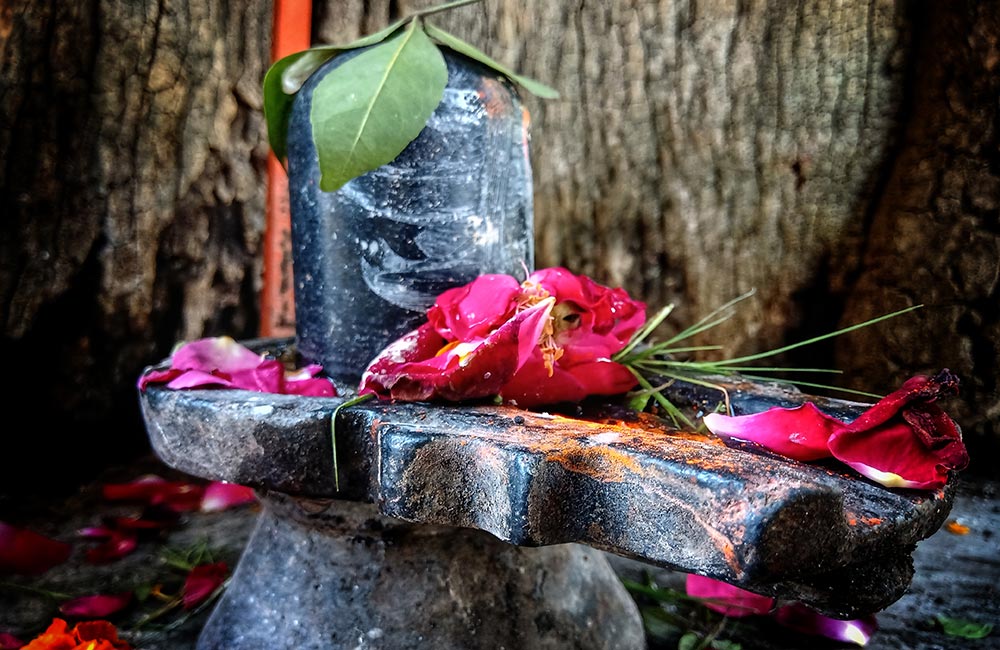 Though commonly believed to be 300 years old, the temple has a way longer past if mythological stories are to be believed. Kush, the son of Lord Raam, is said to have built in for a nag kanya (serpent woman) he fell in love with, as she was an ardent devotee of Lord Shiva. The story goes on to say that after the city fell to ruins and was taken over by forests, it was the only structure to survive.

So, the next time you are staying at a hotel in Lucknow and looking for off-beat places to explore, check these temples out. 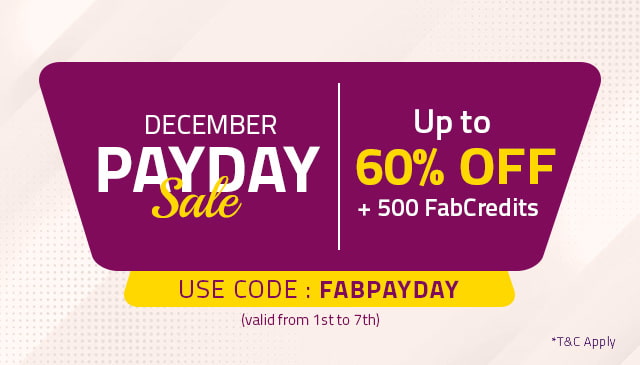