Ajmer Things to do

The Best Things to do in Ajmer for a Memorable Experience

Studded like a prized gem in the ancient Aravallis, Ajmer is one of the top tourist destinations in the country. Visitors come here to pay their respects to the revered Sufi saint Khwaja Moin-ud-din Chishti, to be regaled by the opulent Jain temples, the city’s majestic architecture, and the beautiful Ana Sagar Lake. Even though, quite a few would think of it as just a small stop on their way to Pushkar, we’d say, stay on and be surprised. There are many places to visit in Ajmer that take you through the city’s history and give you a taste of its unique cultnure. Here are some of the most definitive Ajmer experiences to soak up in on your next trip.

Things to do in Ajmer: 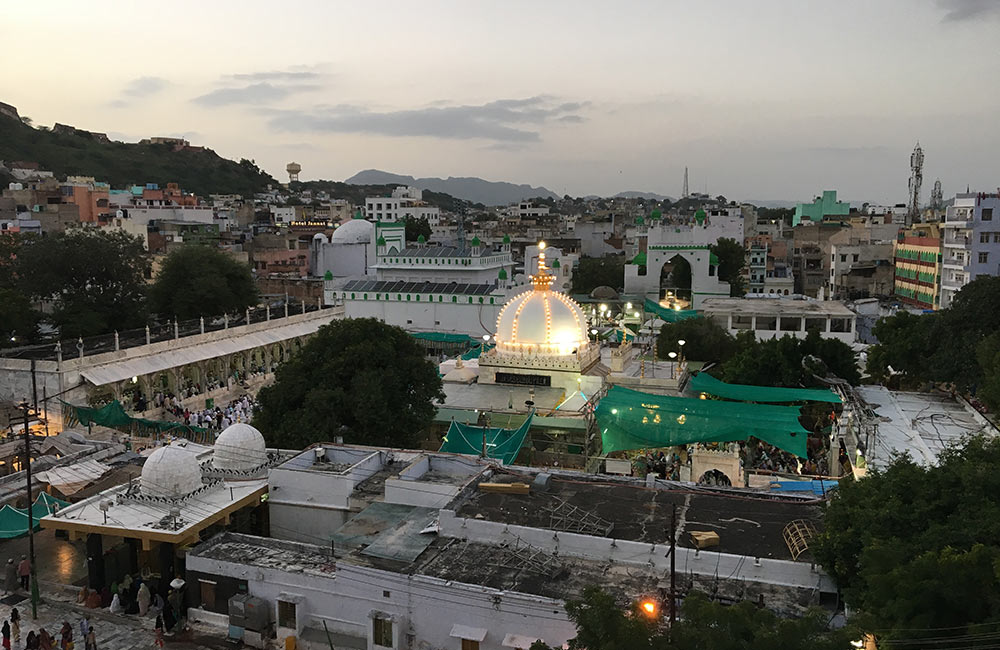 One of the top things to do in Ajmer is to visit the dargah of Khwaja Moin-ud-din-Chishti, the famed 13th-century Muslim ascetic and spiritual teacher. Best known as the founder of Chishtiya Sufism, the saint is revered by people of all faiths who come here to seek his blessings. The white marble dargah itself is a fine example of Mughal architecture with a stunning domed roof and intricately carved inscriptions in Persian all along its walls. A good time to visit would be during the saint’s Urs when proceedings are accompanied by beautiful qawwalis and Sufi music. 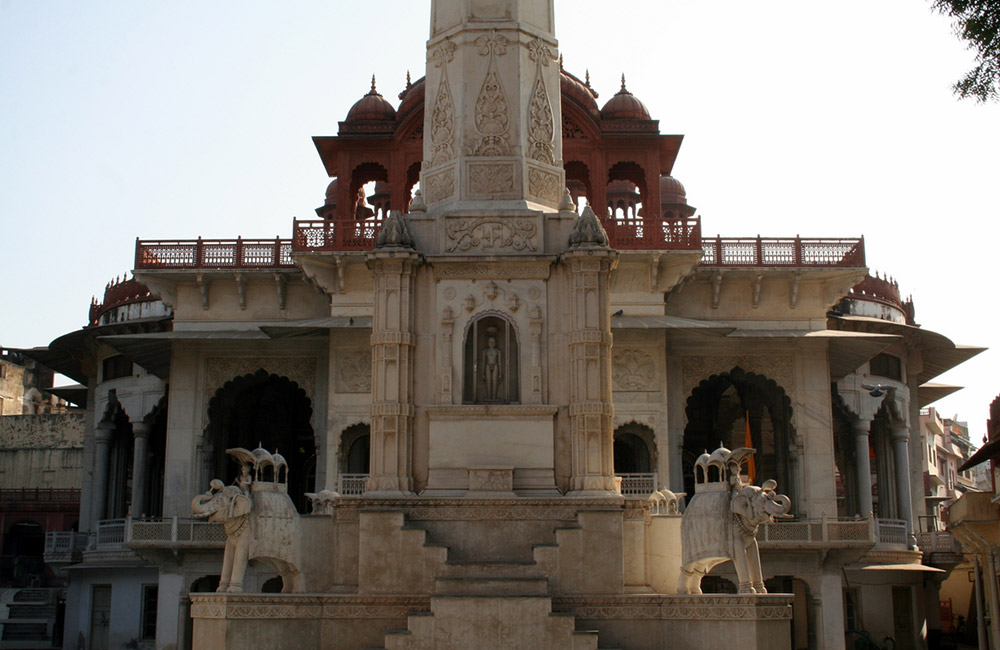 Visiting Soniji ki Nasiyan, a 19th-century Jain Temple, known for its opulent interiors is another popular thing to do in Ajmer. Known as the Golden Temple of Ajmer, this shrine is dedicated to the first Tirthankara or spiritual teacher of Jainism – Lord Rishabhdev. Of note here is the Svarna Nagari – a diorama of Ayodhya, the five auspicious events in the life of Lord Rishabhdeva and many Jain religious concepts depicted through gold plated wood figurines in the central part of the temple. 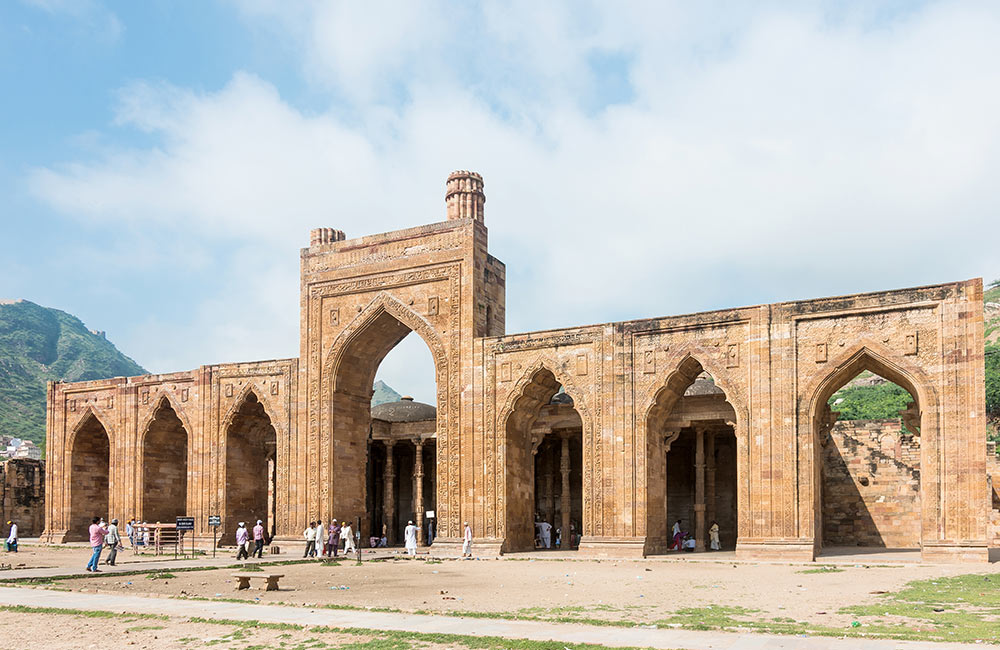 Among the most popular things to do in Ajmer is to go explore the remarkable ruins of the Adhai din ka Jhonpra, a 12th-century mosque built over an ancient Sanskrit college dedicated to the goddess of learning – Saraswati. Constructed at the behest of Muhammad Ghori who seized the temple and had it turned into a mosque in a mere two and a half days; the mosque has arched walls with carved calligraphic inscriptions, carved screens, stonework pillars adorned with friezes and remnants of minarets.

Named for Anaji Chauhan, the great warrior, Prithviraj Chauhan’s grandfather, the Ana Sagar Lake is a stunning body of water that commands the pride of place on the cityscape. And one of the top things to do in Ajmer is to take a boat ride on this 12th century man-made lake to soak up the sights on its banks – gardens, marbled pavilions and temples – as well as beautiful views of the city. Built by making a dam over the River Luni, the lake once served the needs of the citizens and is today one of the most prominent attractions in the city.

5. Marvel at the magnificent Taragarh Fort 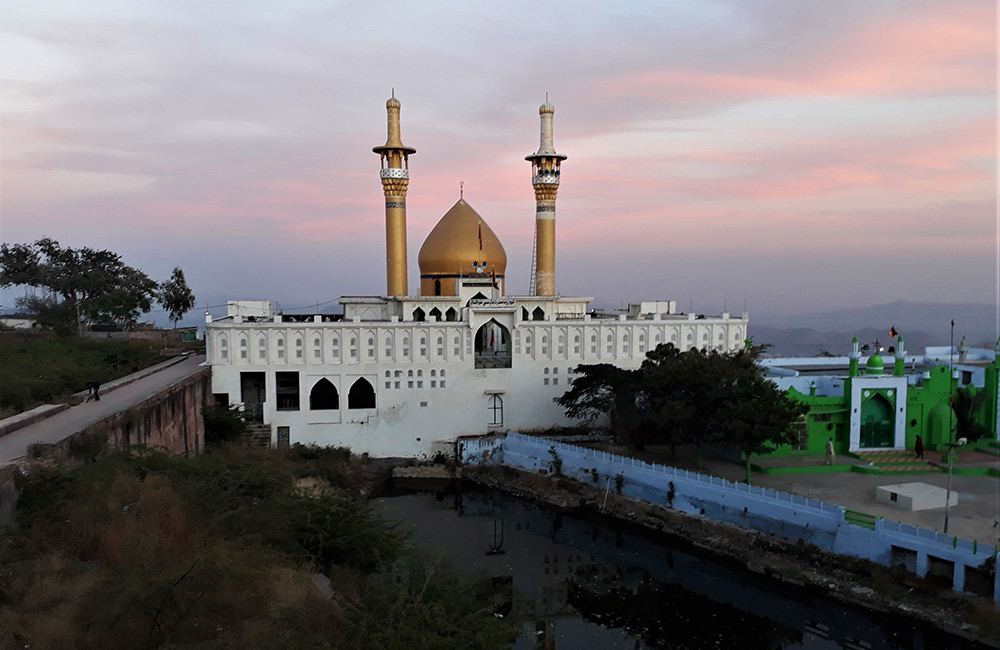 An unmissable thing to do in Ajmer is to visit the imposing Taragarh Fort built in the 14th century by the mighty Chauhan dynasty that gave us celebrated warriors like Prithviraj Chauhan. The scale of construction and the battle-readiness of the fort will leave you speechless. Take in the rugged battlements and ramparts, huge embellished gateways and the richly decorated palace before trekking to the highest point on the fort for panoramic views of the city below.

Some other places worth visiting in Ajmer are: Mayo College, Magazine Museum and Akbar Palace and Museum. 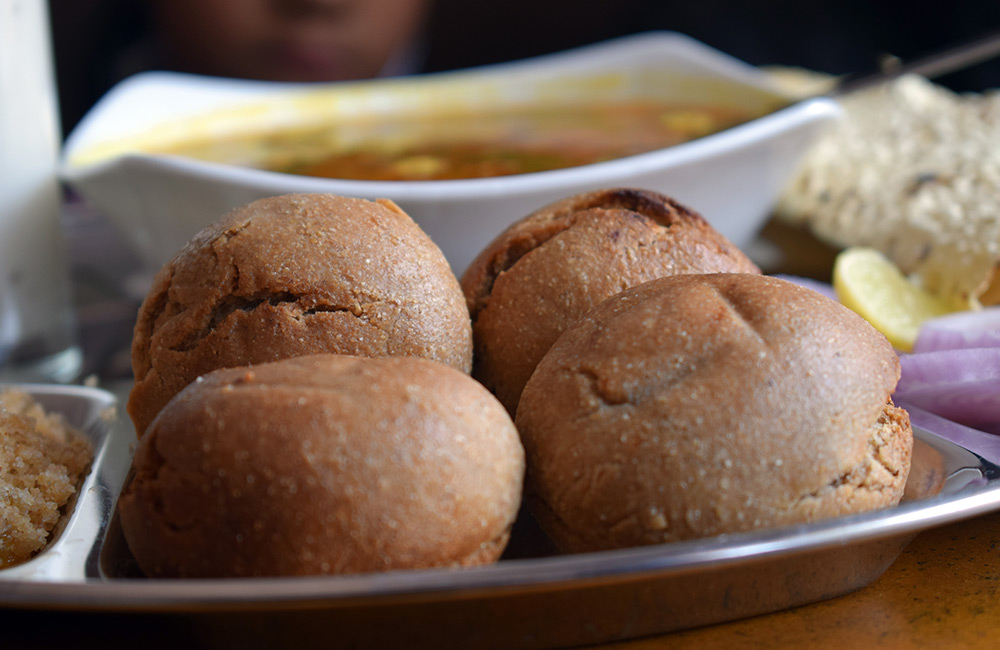 They say to experience a city best, eat its food and they’re right. Perhaps that’s why one of the most popular things to do in Ajmer for visitors is to sample its delectable cuisine. Ker Sangri, Laal Maas, Dal Baati Choorma, Bajre ki Roti, Lehsun ki Chutney, Moong Dal ka Halwa and Ghevar…the list of the best eats in the city is endless!

And where do you get all of this? At some of the city’s finest restaurants like Sheesh Mahal, Honeydew, Mango Masala, Madeena Hotel, Elite, Silver Leaf Restaurant and Ambrosia. 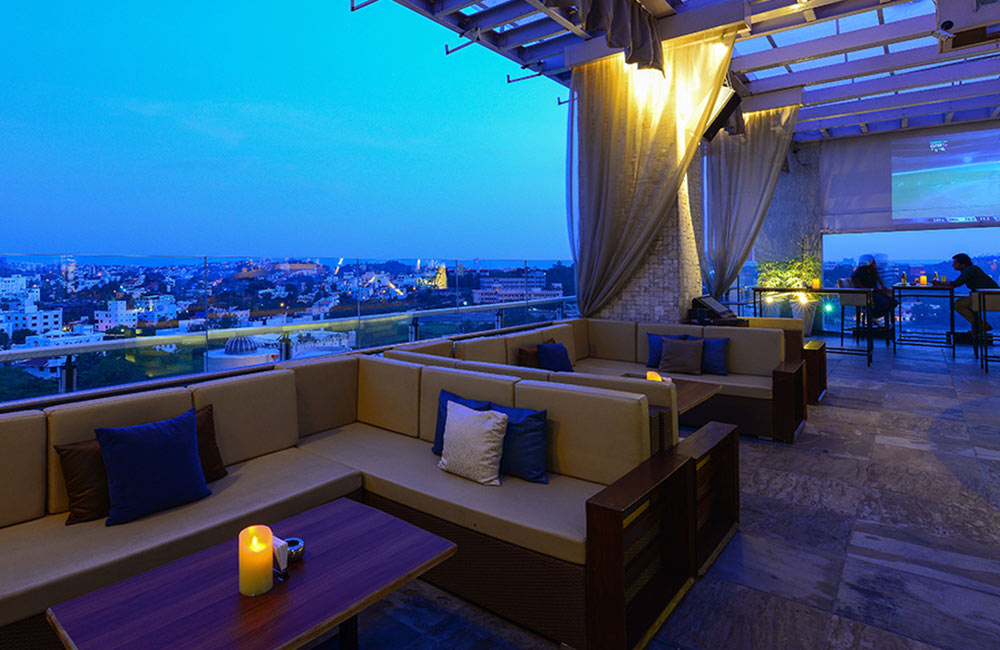 The city has a vibrant night scene but we’d always ask you to stay in groups and be safe. That Mom-instruction apart, there are many things to do in Ajmer once the sun sets.

8. Shop till you drop 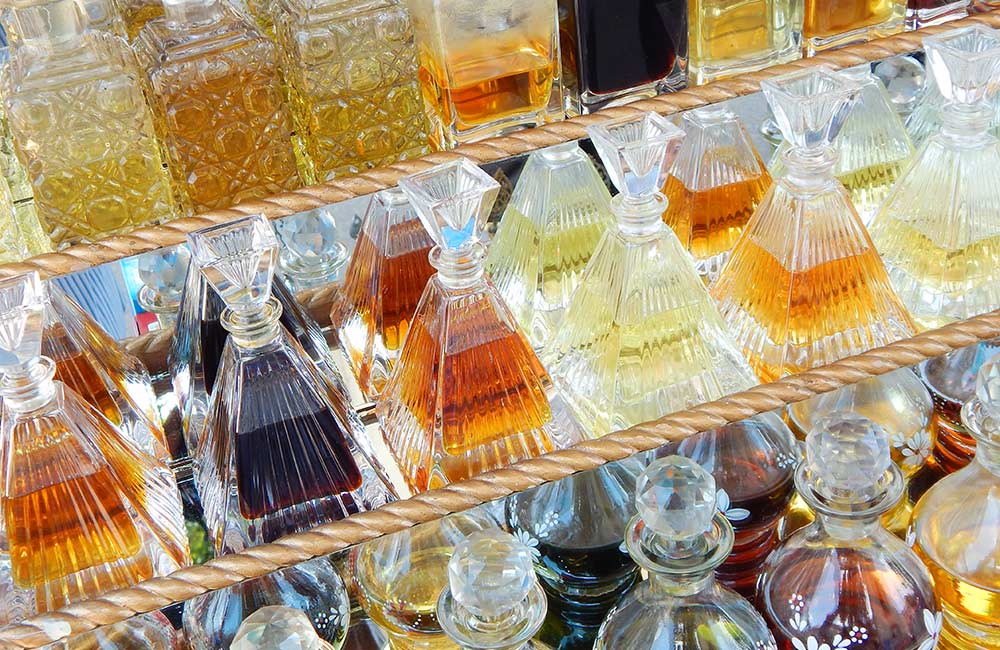 Shopping is the thing to do in nearly any city. Really! But it is one of the essential things to do in Ajmer because there’s a wealth of things you can buy for yourself, your home, friends, gifts for the family, things to decorate your office with…well, here’s another endless list! The city is full of vibrant markets and the best ones are:

Dargah Bazar is the market surrounding Dargah Sharif and is filled with pilgrims here to buy chaddars (in exquisite silks, embroidered ones and simple cottons) and flowers for offering at the dargah. You can also buy carved steel glasses (yes, it’s a thing!), amulets, Multani Sohan Halwa – a delectable dessert, aromatic benzoin resin, better known as Loban – used during prayers at the dargah to create perfumed smoke.

Mahila Mandi is the place to go to for tie-and-dye textiles – a specialty of the region, richly embroidered mojaris – a type of closed footwear that resembles Panjabi juttis, ethnic jewelry and antiques for your home.

Nala Bazaar was made to delight the tireless shopper and your best picks here would be miles of hand block-printed fabric and Rajasthani-style jewelry that is made with lac ­– a resin obtained from an insect. Be prepared to bargain hard and go fuel up at one of the many eateries selling Rajasthani delicacies here once you get too tired.

Madar Gate offers plenty of shopping outlets selling bandhani textiles, Jodhpuri juttis and silver ornaments. However, you want to keep an eye out for interesting Kishangarh miniature paintings that are made by hand using organic colors, and ittar – a type of perfume distilled locally from flowers.

So, these are the top things to do in Ajmer that let you absorb the essence of the city and almost let it slip under your skin, making it memorable. Are there other experiences in Ajmer you’d want us to include in this list? Tell us about them in comments below.