The picturesque hill station in India’s forested Western Ghats, Mahabaleshwar captivates everyone with its natural splendour, majestic viewpoints, breathtaking waterfalls and historical forts. The forts in and around Mahabaleshwar have their unique charm and exceptional stories to narrate. These Mahabaleshwar forts are worth visiting during a trip to this hill town not only for history lovers, but also for nature lovers, offbeat travellers and trekkers because of their scenic beauty and mystical aura. So, make sure that a visit to these magnificent forts in Mahabaleshwar figures in your things-to-do list. 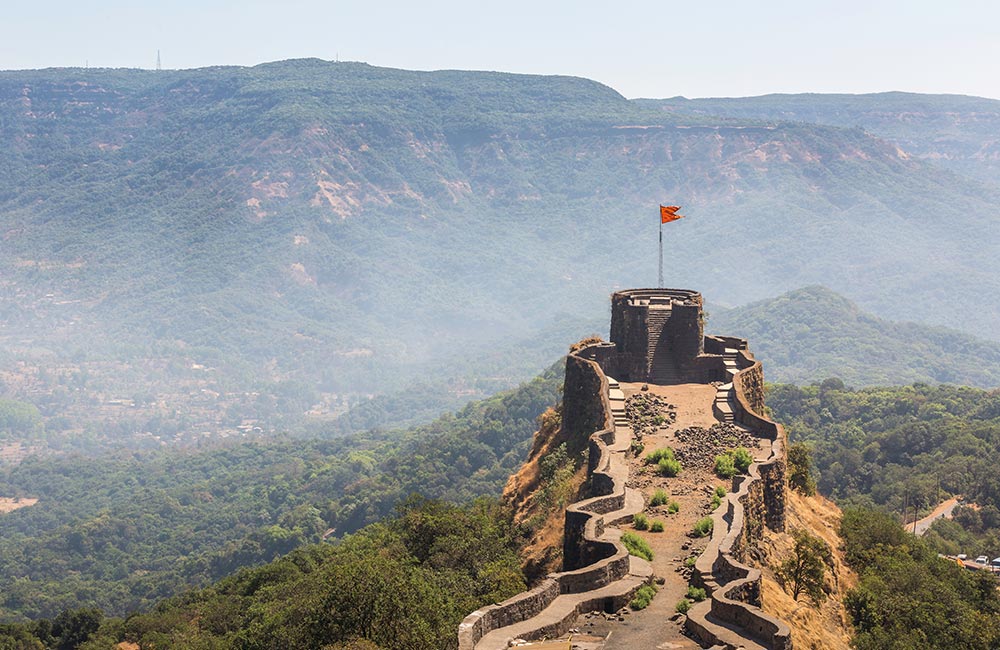 Pratapgarh Fort | #1 of 5 Forts near Mahabaleshwar

Pratapgarh Fort is one of the most popular forts near Mahabaleshwar that continues to draw visitors year-round. Also known as the Valour Fort, it was built in 1656 by the great Maratha leader Chhatrapati Shivaji. The fort has been a witness to the military strategy and diplomacy of the Maratha leader during the slaying of Afzal Khan, the powerful general of the Bijapur Sultanate. Within the fortified walls lie four lakes, a watchtower, two temples, a cultural library and a statue of the Maratha ruler. Just like any other Chhatrapati Shivaji Maharaj’s fort, this strategically located fort is also difficult to reach.

The first thing that attracts anyone to Pandavgad Fort is its peculiar shape. This famous fort near Mahabaleshwar is believed to have been built by Shilahar King Bhoj-II in 1191-1192. It later came under the rule of Adil Shahis, then Marathas, thereafter Aurangzeb and finally under the British Empire in 1818. Pandavgad Caves, a couple of rock-cut water cisterns, Lord Hanuman Temple, Goddess Pandjai Temple and three grinding wheels can be seen within the citadel, which is actually in ruins. Nonetheless, the view from the hill fort is simply magnificent. 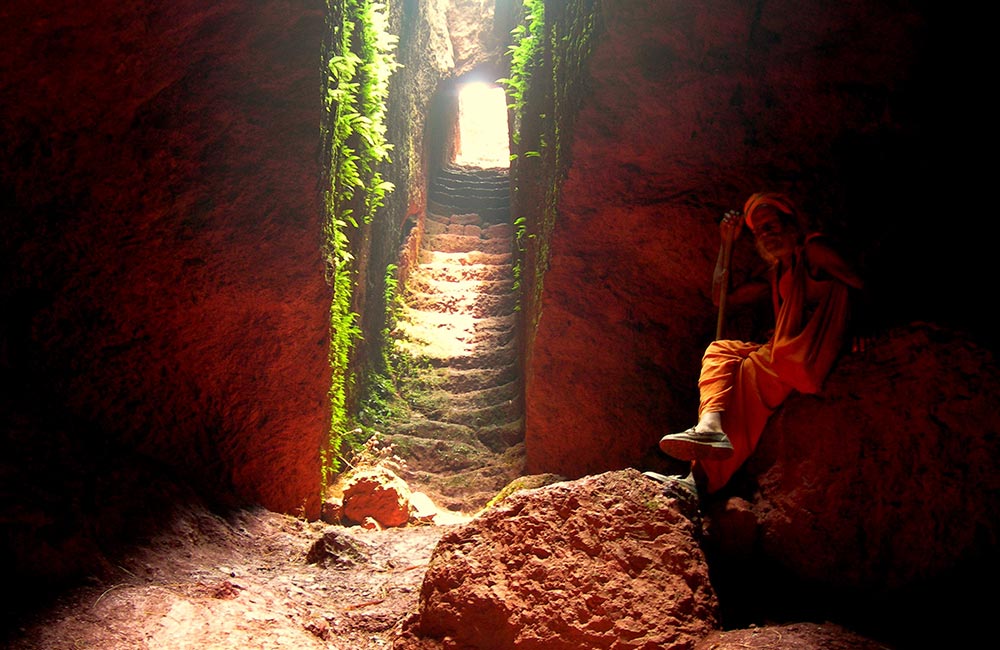 Kamalgad Fort | #3 of 5 Forts near Mahabaleshwar

Nestled amidst a dense hill forest, Kamalgad Fort attracts numerous tourists from near and far. It is counted amongst the highest hill forts near Mahabaleshwar due to its elevation of more than 4000 feet above sea level. Although its exact history is still a mystery, it is known that the fort was built during the medieval times and was under the rule of the Marathas before being taken over by the British. Not only does it attract history lovers, but also trekkers and campers because of the challenging path and lush green surroundings. Do embark on an amazing trek to the fort! 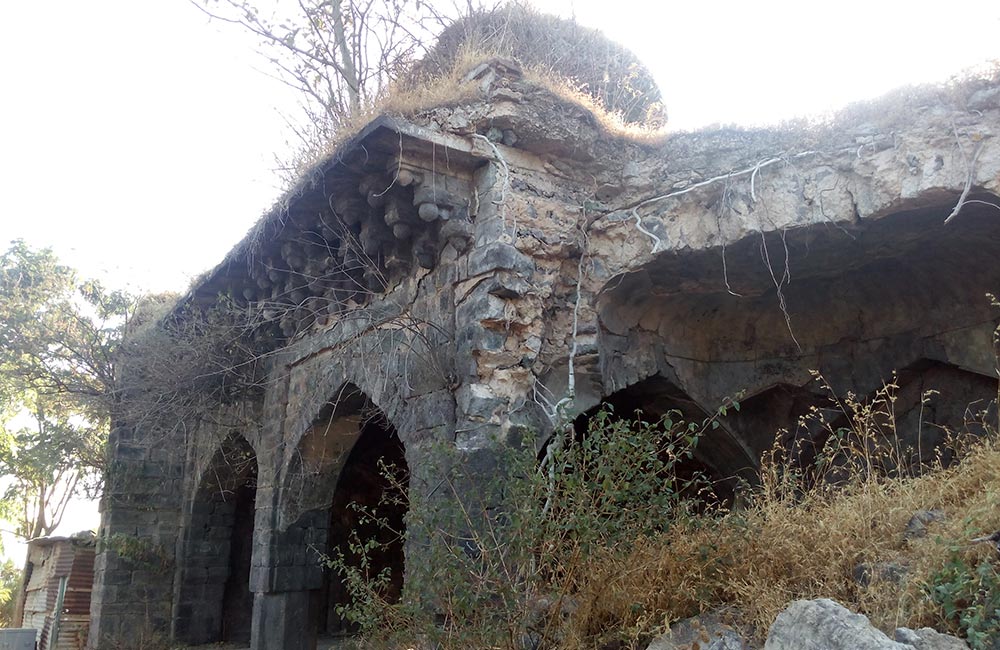 Sajjangad Fort | #4 of 5 Forts near Mahabaleshwar

Sajjangad Fort is not just a historical attraction, but also a place of pilgrimage as Samarth Ramdas Swami breathed his last here. Since the prominent spiritual mentor stayed in the region for a long time, it came to be referred to as Sajjangad – Fort of Good People. The fort was earlier referred to as Aswalya Gad because of the presence of bears and also as Parali Fort during the reign of Chhatrapati Shivaji Maharaj. The hill fort came under the rule of many dynasties, starting from Shilaharas to Bahamanis in the mid-15th century to Marathas to Mughals to British. The fort is now being maintained by the Ramdas Swami Sansthan. 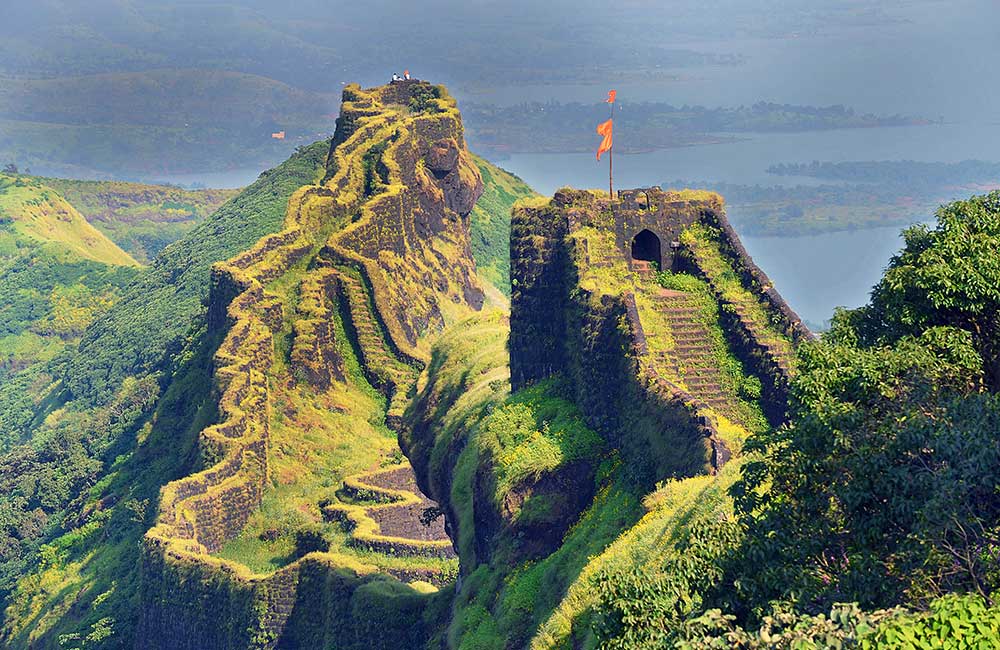 Rajgad Fort | #5 of 5 Forts near Mahabaleshwar

Rajgad Fort is probably among the most recognised forts near Mahabaleshwar as it served as the political base of Hindavi Swarajya during the reign of Shivaji Maharaj. It was also the capital fort of the great Maratha ruler, who renovated and renamed it to Rajgad from Murumbdev. With a mountain on one side and a river on the other, the strategic location of the fort made it unconquerable for decades. The key attractions of this fort are Padmavat Temple, Rameshwar Temple, Saibai’s Tomb, Padmavati Machi, Suvela Machi and Sanjivani Machi, Rajwada, as well as Alu, Pali, Gunjavane and Chor Darwajas. Read also – Churches in Mahabaleshwar

All these popular forts near Mahabaleshwar surely take you on an unforgettable journey into the past. Those who wish to explore more will be spoilt for choice as there are numerous other places to visit in Mahabaleshwar, including cascades, vantage points and temples.