There are different kinds of junkies; a Game of Thrones series junkie, an adventure junkie and then there is the nothing-can-scare-me junkie, who is forever on the lookout for haunted places. A visit to such places gives an adrenaline rush to such people and their travel diaries are filled with their tete-a-tete with ‘souls’ from the other dimension. If you consider yourself such a junkie and a ghostbuster, and are in Delhi, then your online search for horror places in Delhi ends here, for this is one list that will give you the heebies jeebies of your lifetime. You can stop surfing your Netflix for spooky thrillers as these haunted places in Delhi are scary enough to give the same bone-chilling thrill, albeit it will be intensified manifold in ‘real-life encounters’ with beings from the afterlife.

The scariest part of these places is that these stand inconspicuously amid their surroundings, waiting in the shadows for people to come and explore them. The brave hearts among us will venture in, torches in hand and heart pumping, while chickens steer clear of even the boundary walls of such places. The truth behind these places and unfinished stories flutter out at times, only to be speculated upon. So, let’s scroll down the spooky line-up together before you change your mind. 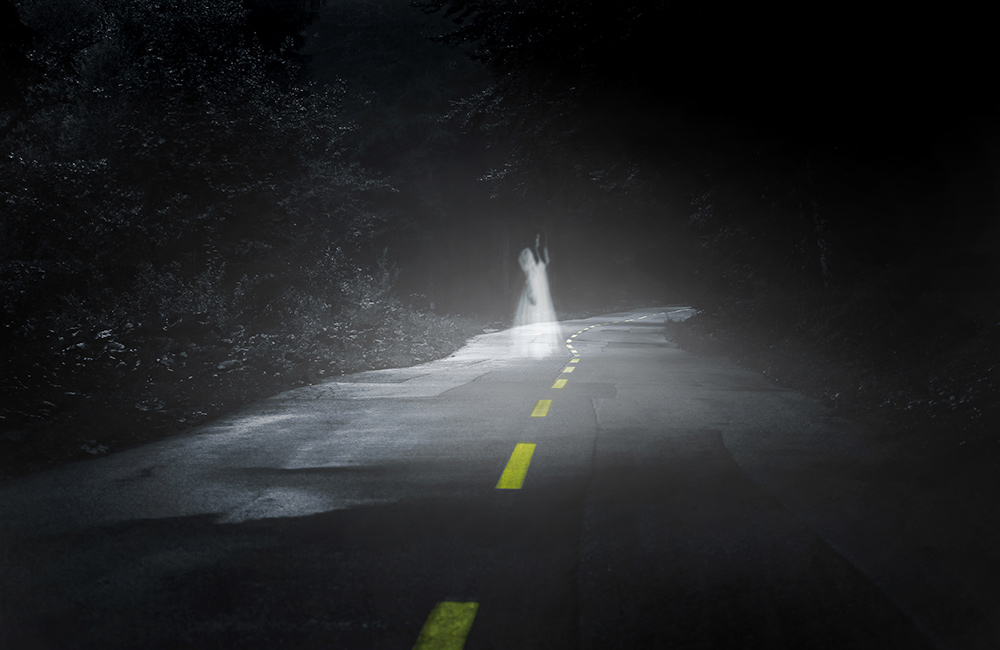 The name of this place is highly misleading for though the place is perceived as quite a safe one, the disclaimer does not guarantee safety from non-human dangers. As the story goes, people have witnessed the most clichéd kind of ghost or spirit in this area. The alleged spirit appears to be that of a woman clad in a white saree, standing on the roadside, asking the drivers for a lift around midnight. When the same is denied, for obvious reasons (no, we are not talking about your fear factor for you wouldn’t even dare cross this road at night then, but safety concerns), the spirit is said to run beside the car at a speed that will put even Michael Schumacher to shame.

Stories doing the rounds speak of a lady who was killed while hitchhiking her way to some place; she has now returned as a ghost. Though it is quite difficult to fathom why she chose to go hitchhiking in a white saree, and if she didn’t, then, kudos to her for sticking to the official garb of the ghosts. 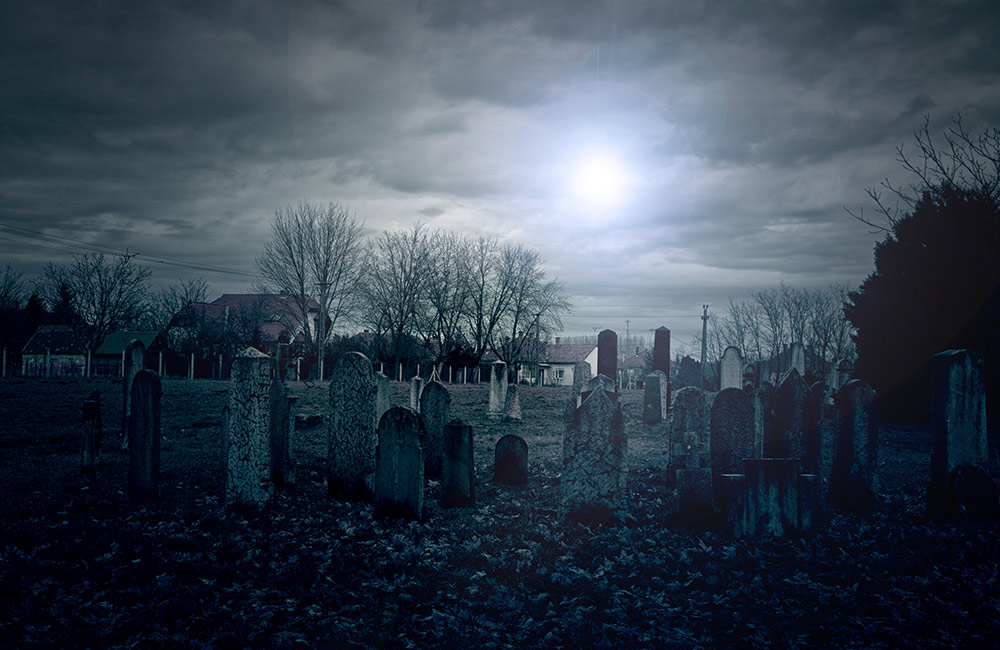 Well, this one deserves a place in this list of horror places in Delhi just for the fact that it is a cemetery and we have all seen enough horror flicks to stay out of one at night. Many stories are told of a headless ghost haunting this British-era burial ground, holding his head in his hand. Eyewitness accounts of the same are less to come by, for you know- ‘Dead men tell no tales’. The tale behind this one, though, talks about a soldier spurned in love, who took his own life and now roams the cemetery in search of true love. If just imagining the scenario has made you jump out of your skin, it is no wonder then that those who have met this ghost have joined him in his journey. Bone-rattling laughs and creepy cries have often been heard by people, who had the misfortune of crossing this place on a new moon night. 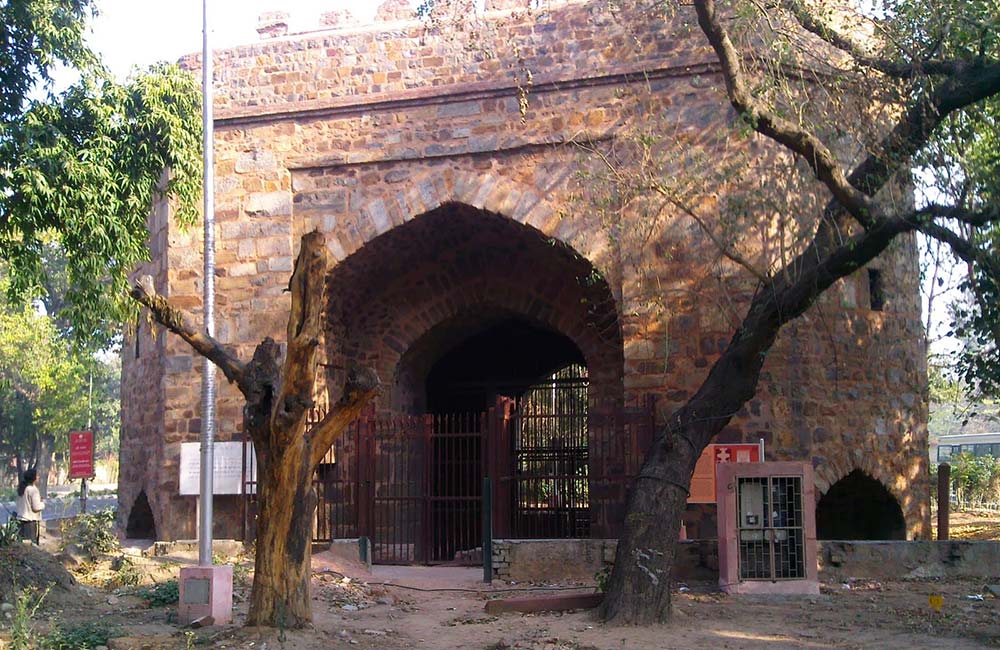 Though it sounds more like a creepy B-Grade Bollywood horror movie name, it is, in reality, a haunted monument, the walls of which are dripping with bloody stories. The name translates in English as ‘Bloody Gate’ and it has indeed seen the blood of many, including that of the sons of the last Mughal emperor, Bahadur Shah Zafar, and several freedom fighters. They were executed in public at this site by the British. May be that’s why it is believed that the spirits here are almost friendly to the Indians but not so much towards foreigners. 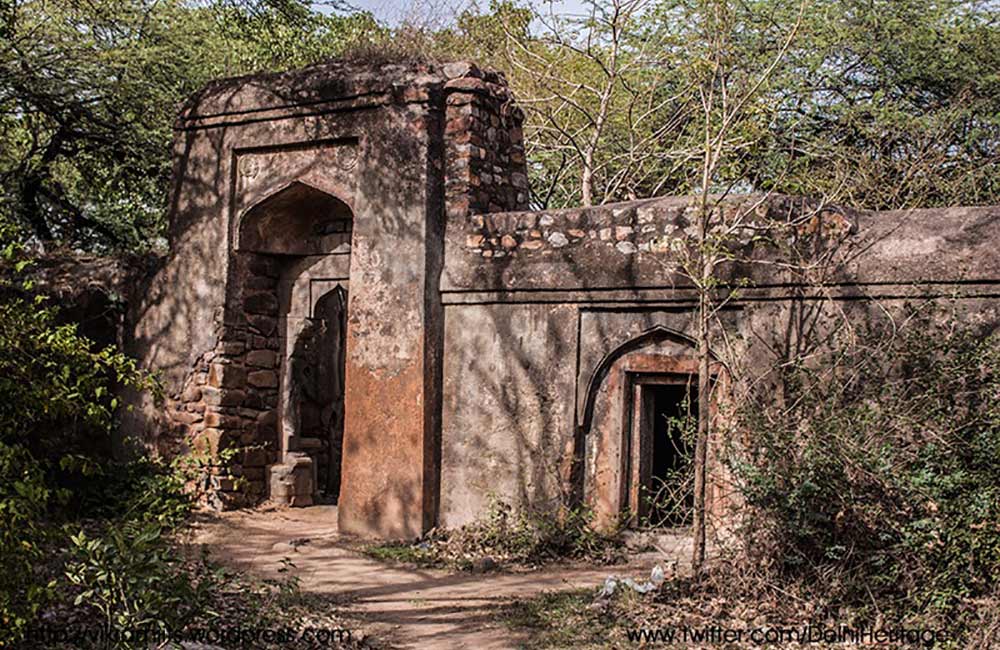 Dating back to the fourteenth century, this palace used to be a hunting lodge of the Tughlaq rulers. The place is known more for eerie sounds than sightings of any apparitions. This place is close to the Delhi Ridge area, which is said to be haunted as well…The palace is infamous for disappearances and unexplained events that have happened in the strangely silent area. 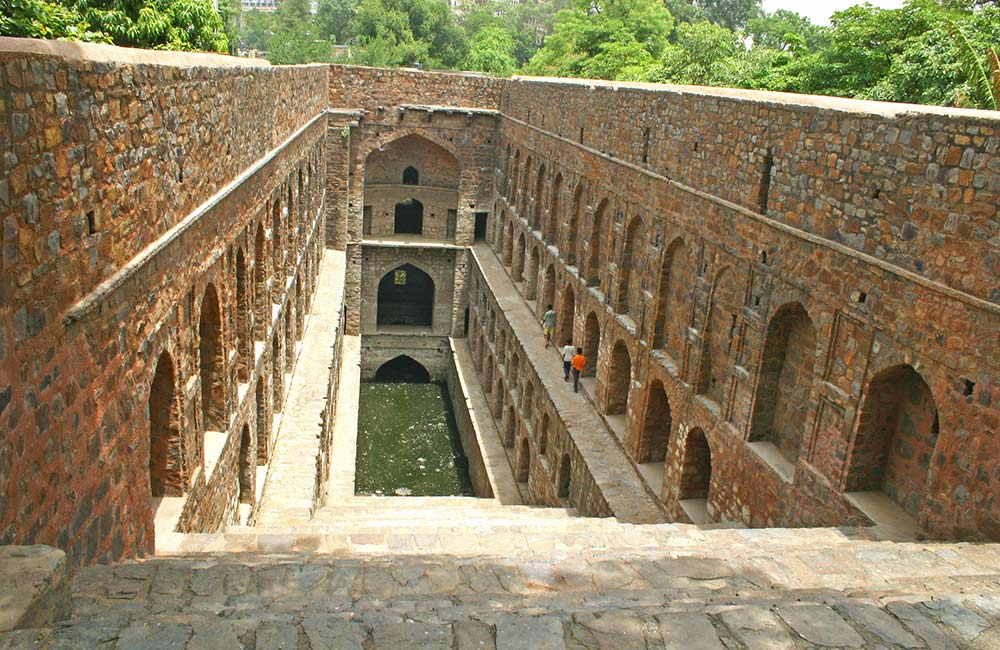 Now this one really takes the reading on the ‘chill meter’ several notches higher. It is said that the baoli or stepwell used to be full of black mystical water, which called out to people to end their lives in it. Every step that you take down the staircase seems to pull you down into an abyss of doom. It is the kind of place, which gives you the feeling of being under somebody’s influence and hypnotized. 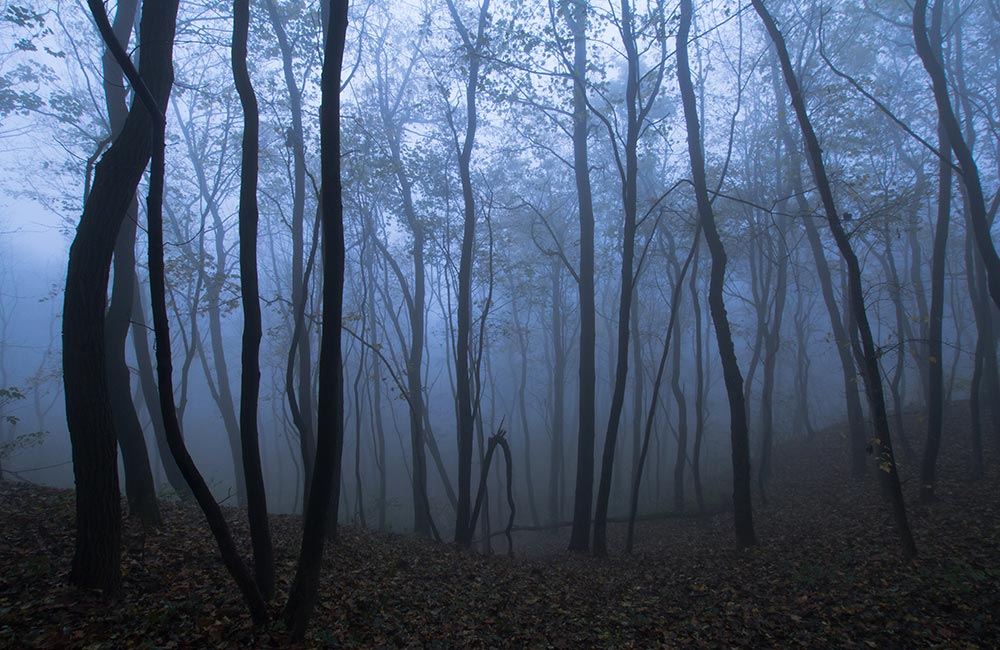 A bright spot on the creepiness radar is this 793-acre forest, called Sanjay Van, which at night resembles the Maryland Forest from the Hollywood movie, The Blair Witch Project. The dense forest while pumps oxygen into the lungs of Delhi, choking on pollution during the day, turns into a place making you gasp for breath at night. It is home to several mausoleums of Sufi saints that add the paranormal factor of this forest. People, who have dared to venture here at night, have come back with the feeling of having two eyes glues to their back. A little tap on the shoulder in the heavy mist that covers the forest at night, sightings of old women and children dressed in white, and things disappearing bear a testimony to the presence of the supernatural in this creepy forest. Eerie enough? 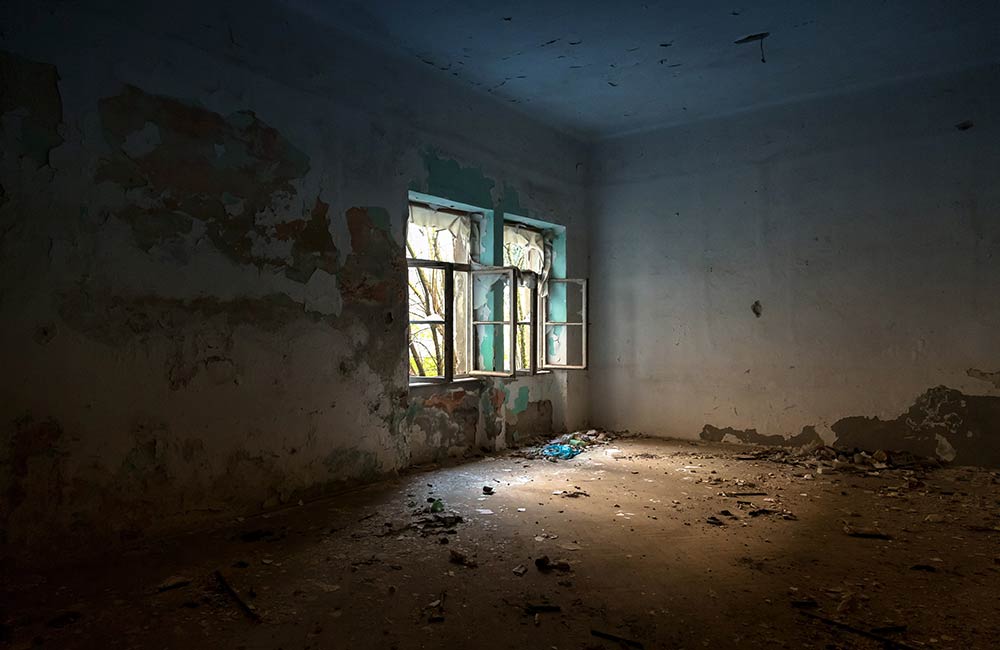 The tale for this one begins with an elderly couple being murdered inside their house. And this is where it gets twisty, for the couple comes back and gets control over their house. Few murmurs, laughter now and then, and heavy air speak for the paranormal beings that reside at this haunted house in Delhi. Daredevils have often tried to bust the myth, as they say, but have come back empty handed and spooked. 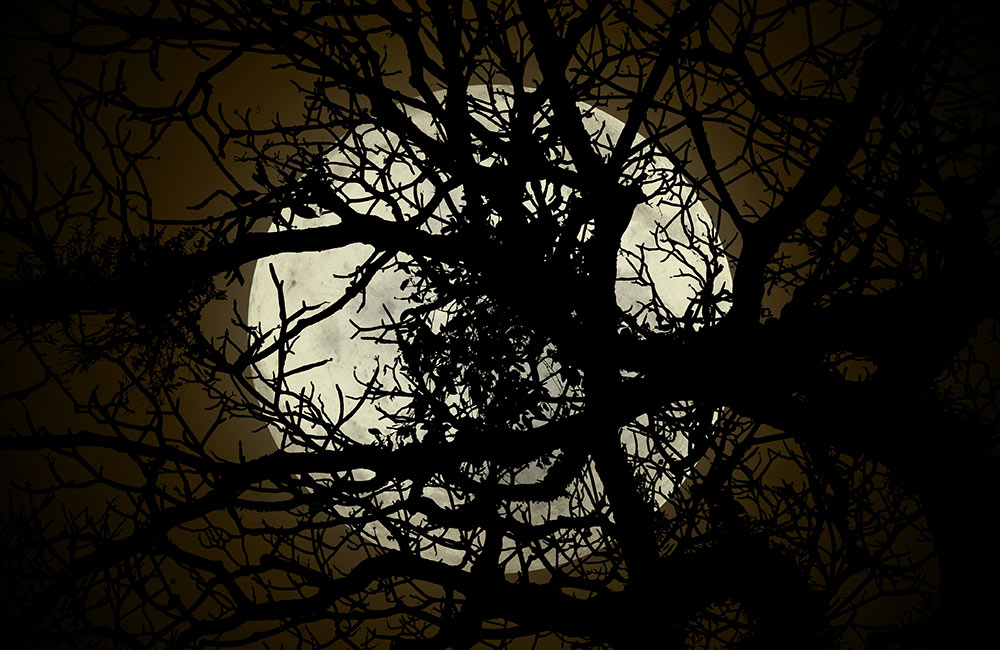 Also in the list of haunted houses in Delhi are these DDA flats, with the supernatural phenomenon ghastly enough to make one want to scream. The corpse of a woman has been seen hanging upside down from a tree outside one of the buildings here. And, the sighting is accompanied with the entire paraphernalia that is associated with ghosts, like a change in temperature, gusts of wind and shrill laughter of a woman. The complex was allegedly constructed over an unused graveyard, which is now facing the wrath of the souls trapped below. 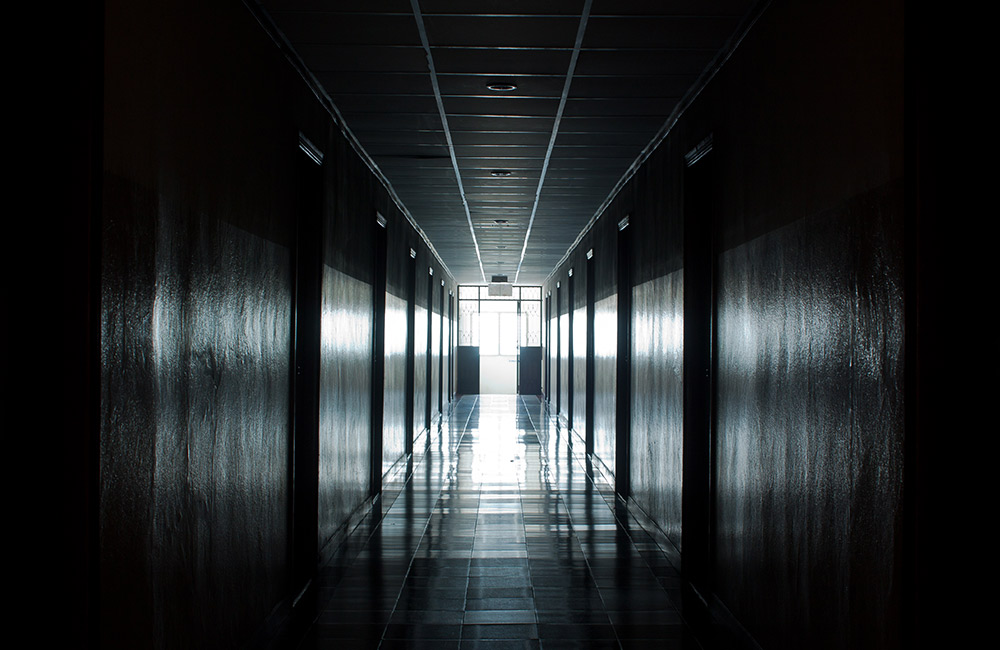 Of all the places in Delhi, this one is scary and funny at the same time with the unusual choice of location of the ghosts haunting this courthouse. The presence of an apparition in white has been felt by several lawyers, making it one of the haunted places in Delhi. Drawers opening and closing, files flying off the tables, and chairs being moved around by an unseen force have been captured by the CCTV cameras in the courthouse many a time. As the joke does the rounds in Delhi that this one ‘Serves the lawyers right’! With live footage available for the strange happenings at the courthouse, this one is difficult to bust, what say? 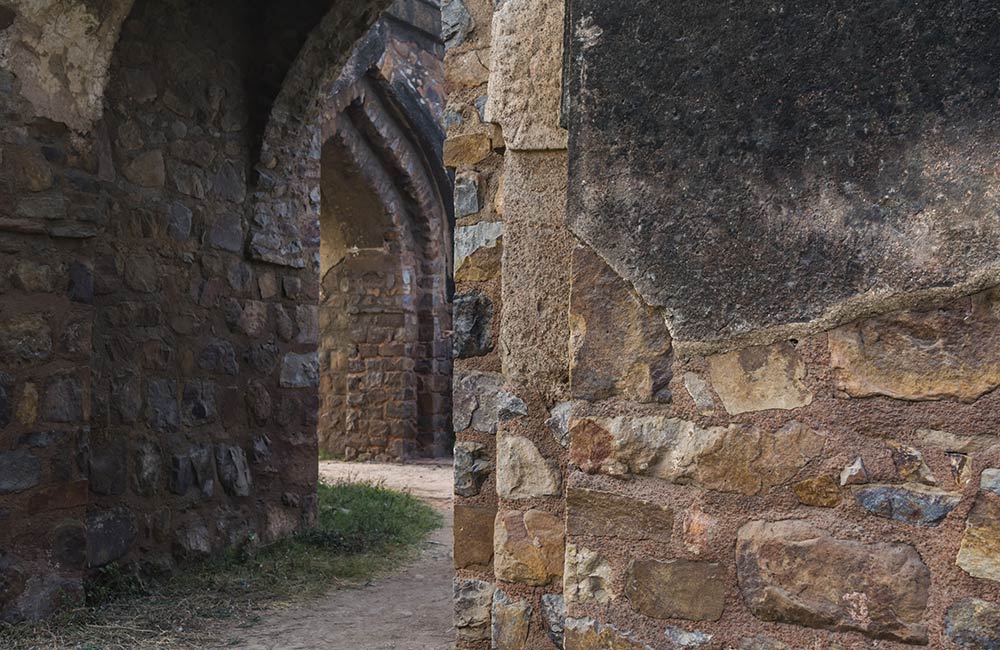 The presence of Djinns (spirits from Arabic lore) makes this fort one of the most horror places in Delhi. To have the real feel of the place, you must go there on a Thursday when the place surprisingly sees a lot of visitors wishing to please the Djinns. Hard to please, these Djinns often have a ball of a time pushing people around and even indulging in a little thrashing for a little extra fun (not so much for the one being thrashed, obviously). This fourteenth-century fort doubles up as a popular tourist attraction, when not being used by the Djinns for their frolic. Did you know, it was the inspiration for William Dalrymple’s book, City of Djinns. You may visit the place alone, but you might end up bringing an uninvited invisible guest along with you to your home. 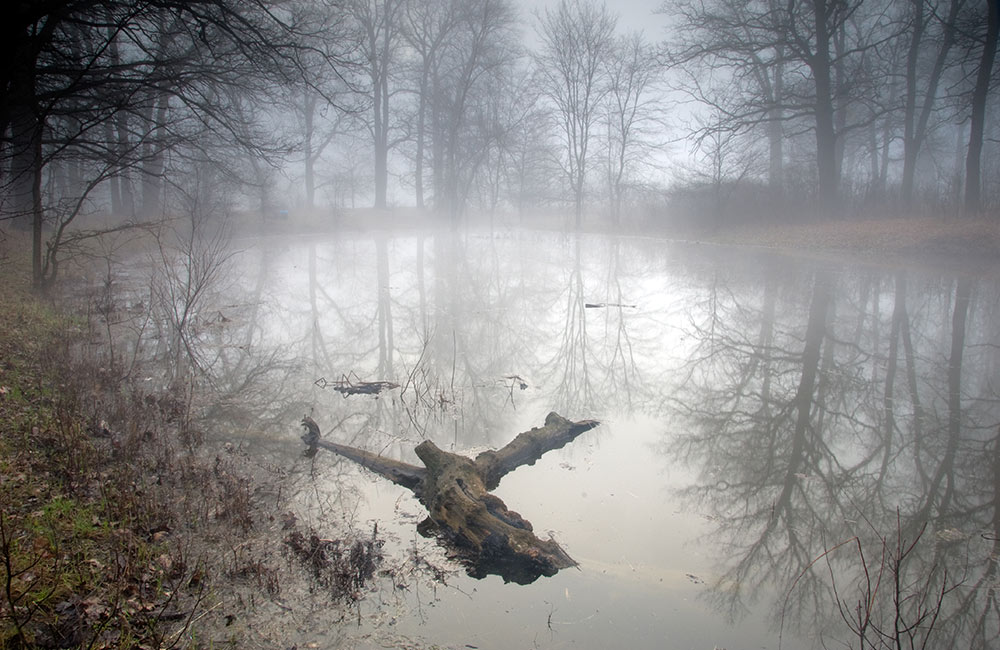 If not the horror happenings at this scary river, then its name surely runs a chill down the spine. Imagine the black waters calling out to you and then an invisible force trying to suck you in. We might never know the truth about this one, for no one has come out of the jaws of these waters to recount their escape. The river is literally known to suck people in, drowning them, following which the deceased apparently return as ghosts.

So, the next time you cross any of these haunted locales in the ‘City of Djinns’ as  Delhi is called by the author William Dalrymple, and you experience blood-curdling, try running like the wind. As they say in such cases… DON’T LOOK BACK!

Apart from Delhi, there are many other cities with purportedly haunted places. Read about all these spooky spots here: