What is the first thing that comes to your mind when someone says ‘Hyderabad’?

Well, there are more than a few things that may cross your mind. For instance, you might be reminded of Hyderabad’s world-famous biryani, or the city’s unique Hyderabadi accent. If you are someone, who always has ‘technology’ on their mind, then names of IT majors, such as Infosys, Microsoft and Accenture, may come to your mind, first.

But, one thing that may not occur to you (because you may not have heard of this before) is that Hyderabad is home to several haunted places, where various paranormal activities are said to take place. Surprised? 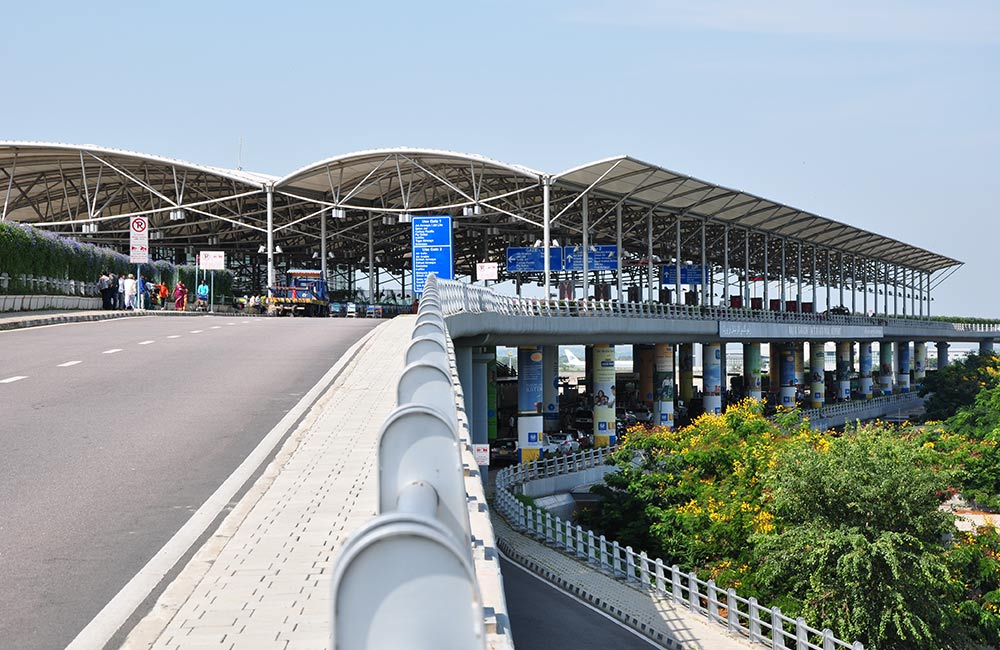 The Shamshabad airport is believed to be built on a land where several innocents were allegedly murdered and buried for protesting against the construction of the airport. And, since the bodies of the victims were simply dumped, never getting their right to be ritually cremated, it is said that the spirits of those victims still haunt the airport. 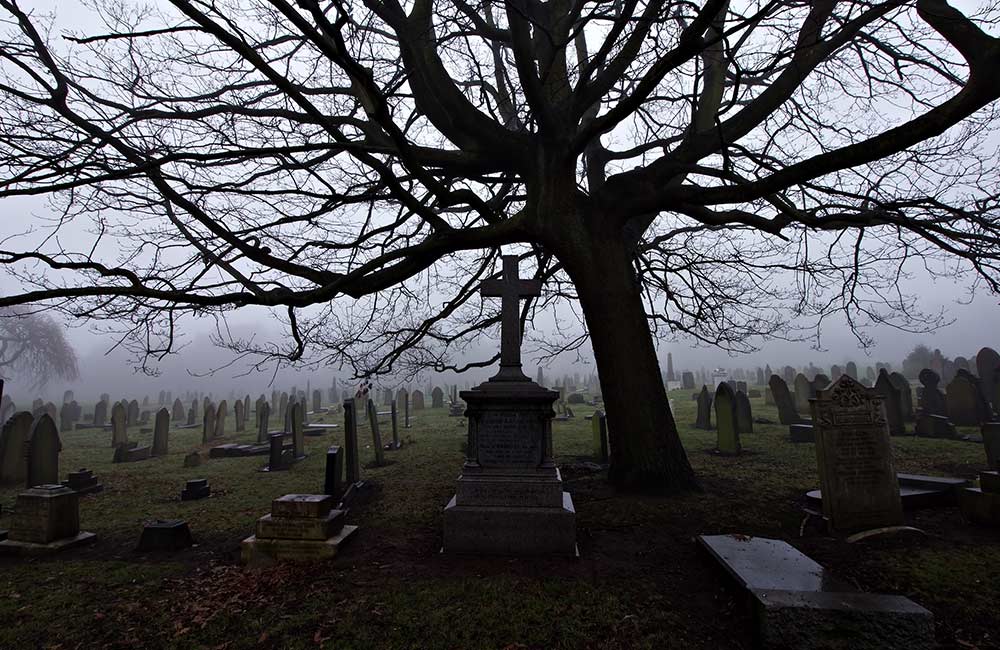 Touted as one of India’s most expensive localities, Banjara Hills, besides being home to the affluent residents of Hyderabad, is also a spot known for paranormal activities. Out of the 14 roads that segregate Banjara Hills, Road Number 12 that houses the graveyard is the one nobody wants to take, especially at night. A common belief is that ghosts stop vehicles of those traveling on this road after nightfall. It is the graveyard on Road Number 12 that spreads the fear and has given goosebumps to some of the inhabitants, who claimed to have spotted weird happenings. 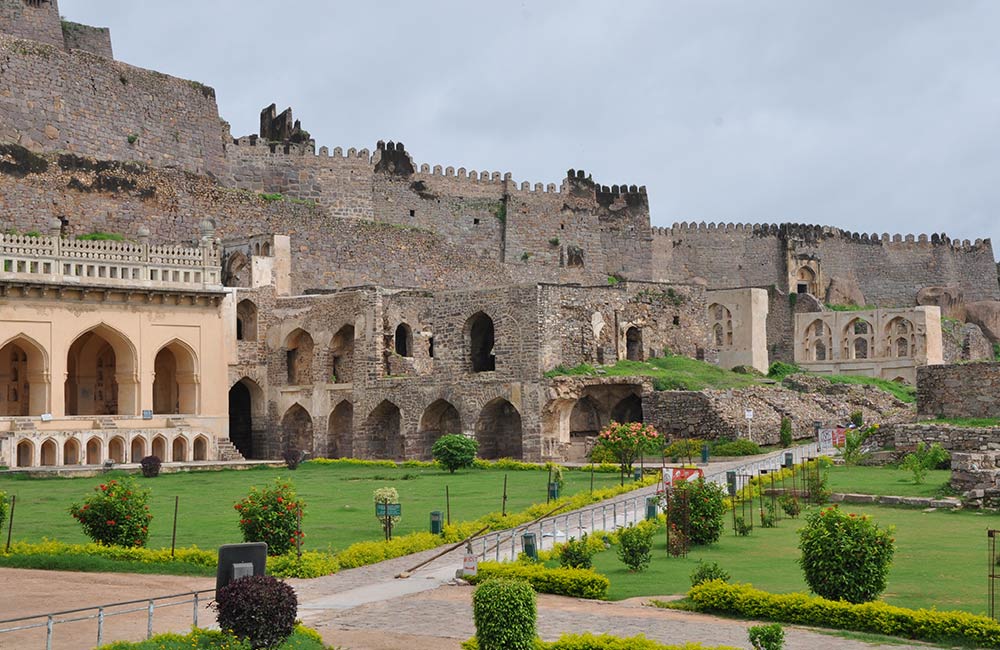 Golkonda Fort was constructed in the 13th century by the Kakatiyas, who ruled Andhra Pradesh. Along with being one of the biggest forts in India, it is infamous for its horror stories as well. The entry to the fort is prohibited after darkness descends, and visitors are not allowed to stay inside. It is said that the ghost of Taramati, the queen of the kingdom, still haunts the fort. Both, the king and queen were buried together, but it seems Taramati’s soul is still searching for moksha.

Kundanbagh | Among The Best Haunted Places in Hyderabad (img source:shutterstock.com)

Although Kundanbagh is a posh area of Hyderabad, its reputation has been somewhat marred by the haunted house where a woman lived with her two daughters. According to people who lived nearby, the woman along with her daughter was often seen holding candles and walking through the corridors of the house in the dark. Some even claim to have seen the daughters play with bottles filled with blood. 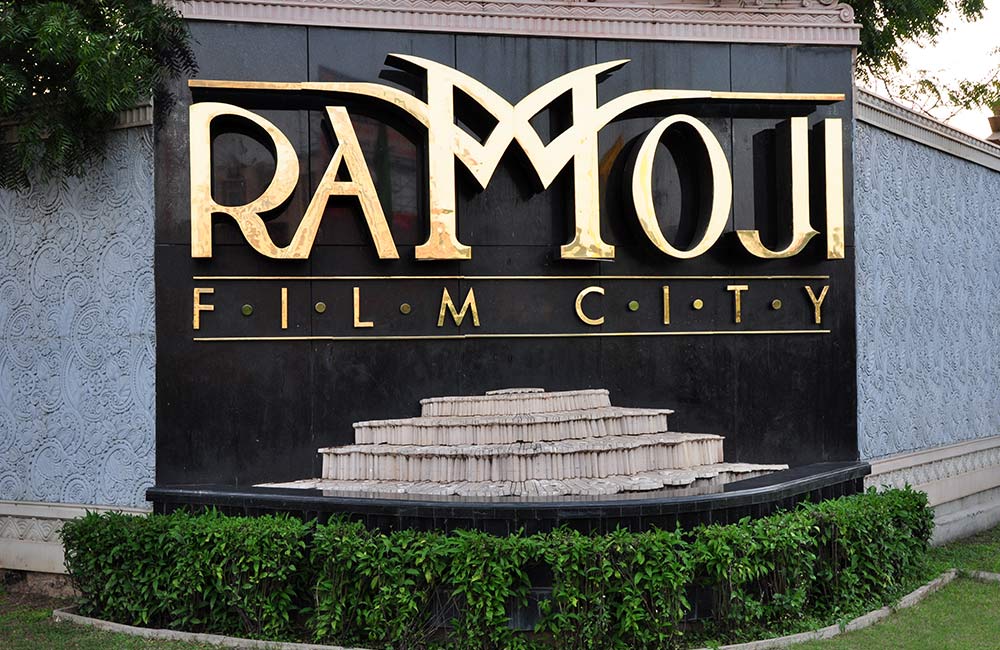 The second-largest integrated film city in India, Ramoji Film City stands on a piece of land that originally belonged to the Nizams. It is believed that the spirits of soldiers, who died here in the wars during the reign of the Nizams, still haunt the place. And if reports are to be believed, the ghosts really ‘love’ females as women are the ones that have apparently reported the highest number of spooky incidents. 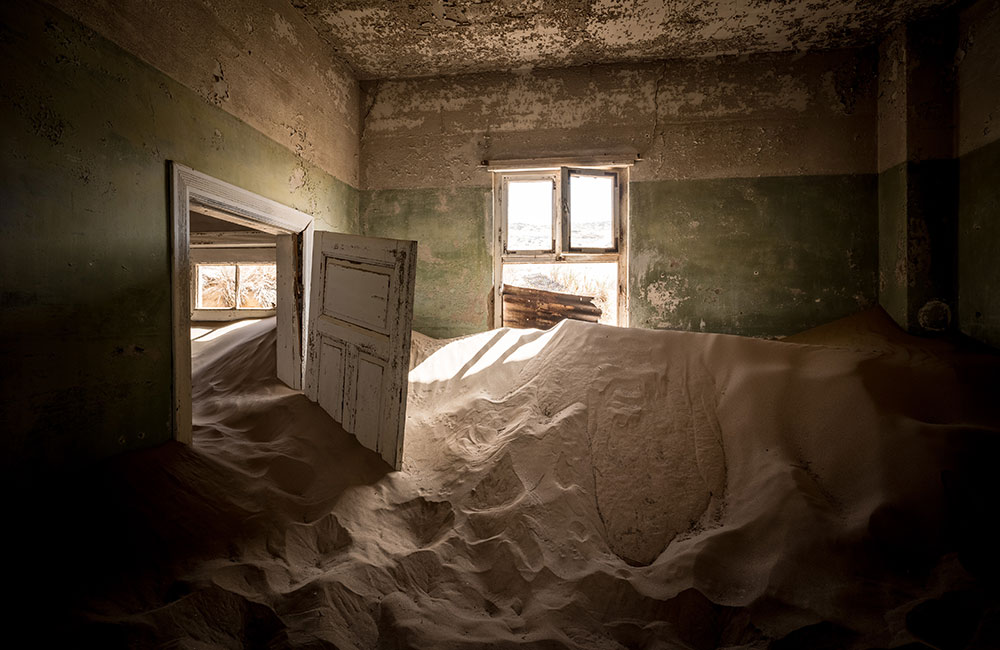 Those who live in Ravindra Nagar believe that it was the demolition of a temple that brought curse for the residents. To ward off the negativity, residents have written Jai Shri Ram on the walls and colored their doors red; nobody in the locality steps out of their house after 6:00 pm. There’s a story of several residents having committed mass suicide in this locality in 2012. 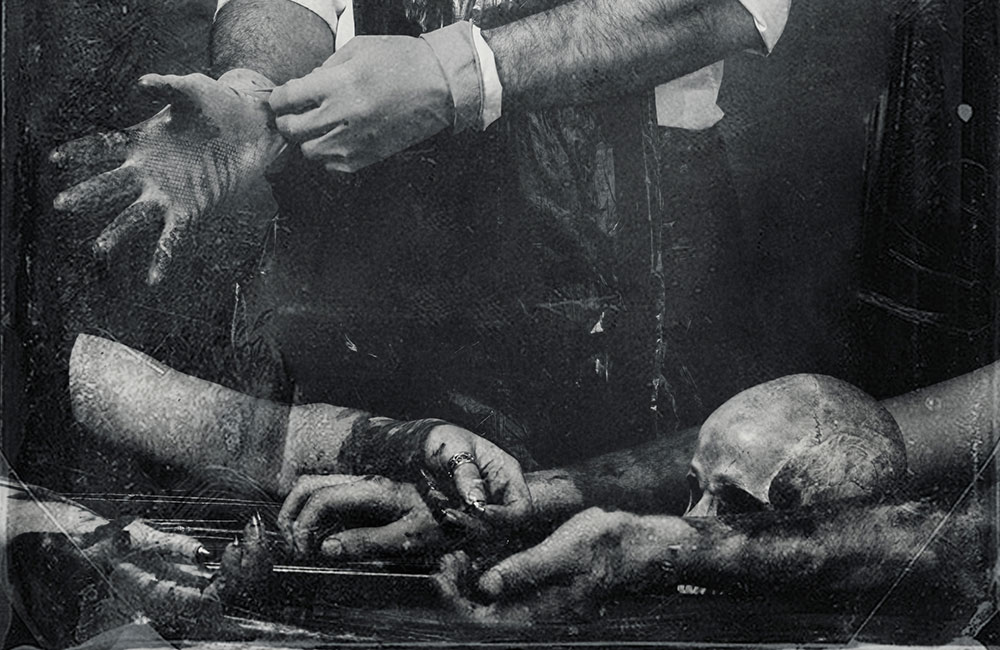 Once a popular science college, Khairatabad Science College is now a desolate, haunted place. It is said that the dead bodies that were dissected and tested in the labs weren’t disposed off properly. Locals say that it is the spirits of those dead bodies that haunt the college. Ever since that incident occurred, nobody dared to go inside the college campus. 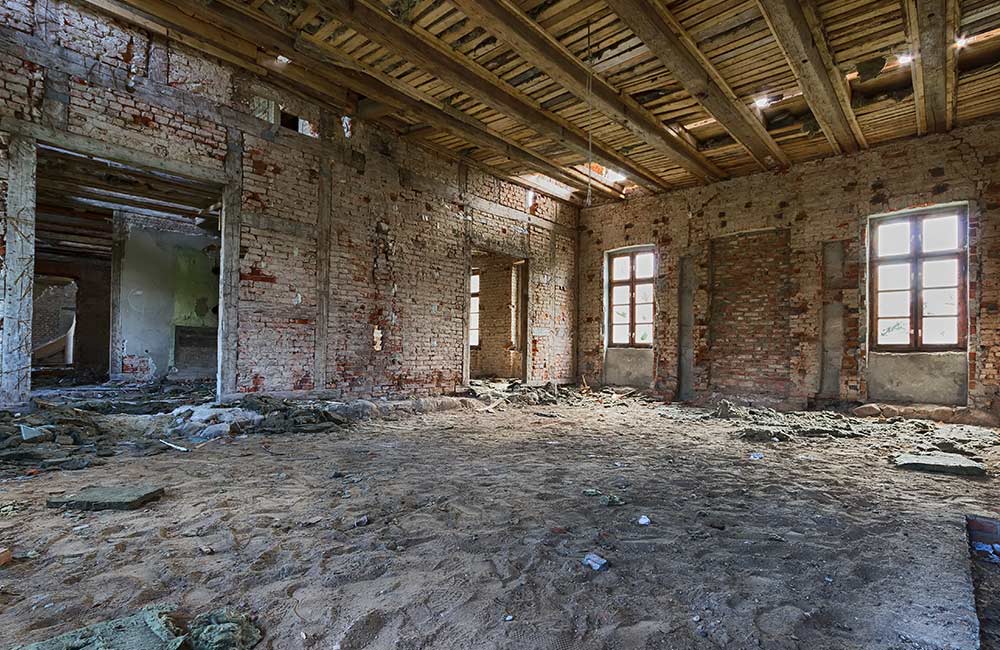 Dedh Lakh Ghar was built 40 years ago, and the owner spent one lakh fifty thousand in its construction. The property is now desolate because allegedly, every family that tried to live in the house committed suicide. Locals say that they usually avoid going near the house because of the spooky vibes it gives out, be it daytime or night. 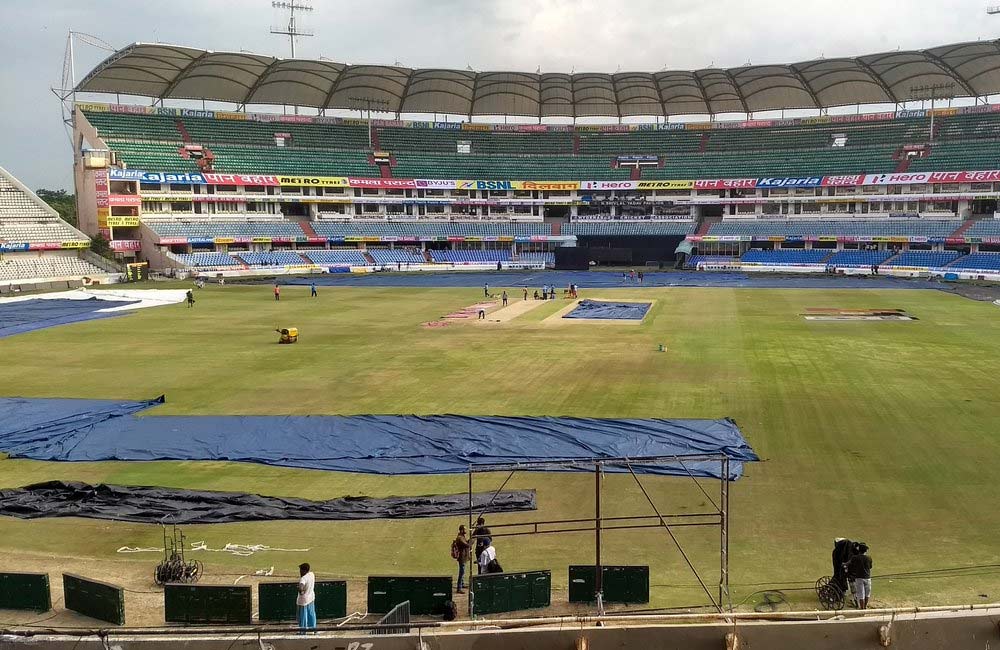 Imagine seeing the shadow of a ghost in the middle of a cricket match at a cricket stadium packed with audience. You can’t, right? But, what if we told you that there was one such incident reported by spectators, who claimed that they saw a spirit in the dimly lit corridors of the stadium during a cricket match in 2005?!

If you are one of those, who get their adrenaline rush by visiting haunted places, then Hyderabad won’t disappoint. So, what are you waiting for? Book a hotel in Hyderabad, pack your bags and fly to a world where sinister and uncanny incidents happen, even today!

Apart from Hyderabad, there are many other cities with purportedly haunted places. Read about all these spooky spots here:

You may also like to read : Hangout Places in Hyderabad