Pondicherry Things to do

Pondicherry or Puducherry is a hugely famous tourist destination, and the reasons for it galore. Being on the coast, it is home to some amazing beaches that give people an opportunity to relax and frolic. Further, it is a place where the legacy of the French is visible in all its glory…the wide, tree-lined boulevards, the quaint cafes, classy patisseries and the people, of course. And, plus, it has an almost equal number of Hindus, Muslims and Christians; hence, hordes of ornate temples, mosques and churches for travellers to visit. While staying at hotels in Pondicherry, you have a lot to explore in this relatively quiet city, and the best way to do so is on a Cycle Tour. The best time for a Pondicherry bicycle tour is considered to be early morning, when the sun is not too strong and you can enjoy the cool breeze. Month wise, December, January, February and March are perfect. Read ahead for the important places to cover: Tamil Quarter Located in the northern part of the city, the Tamil Quarter or Black Town is one of its largest neighbourhoods. Reflecting the Divide and Rule policy of the colonisers, it is sectioned into Hindu, Christian and Muslim quarters. 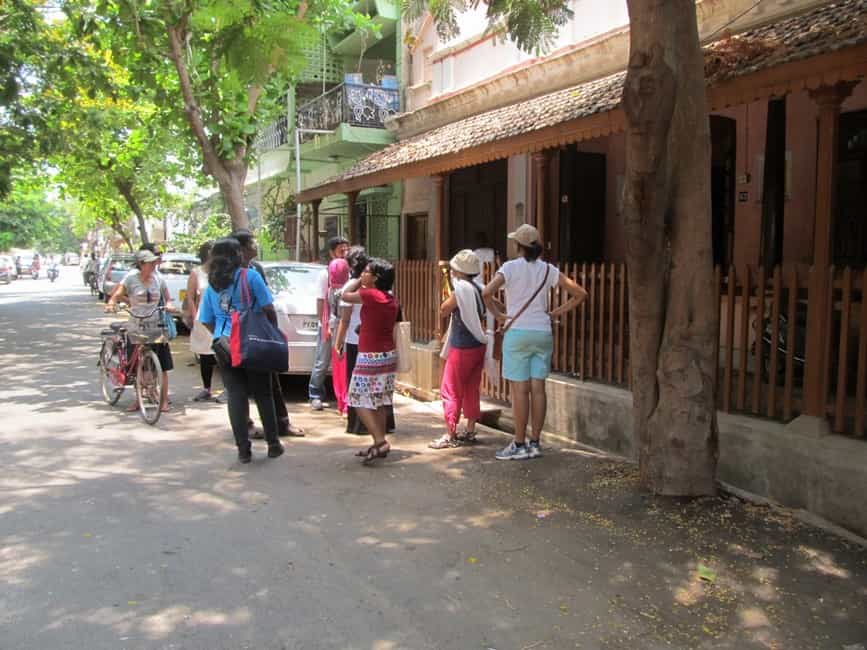 One of the boulevards you must cycle through here is the iconic Vysial Street, home to the most famous Tamil-style buildings. The Hindu quarter houses Dravidian-style temples like Kamatchi Amman Kovil, Perumal Kovil and Dharmaraja Kovil. 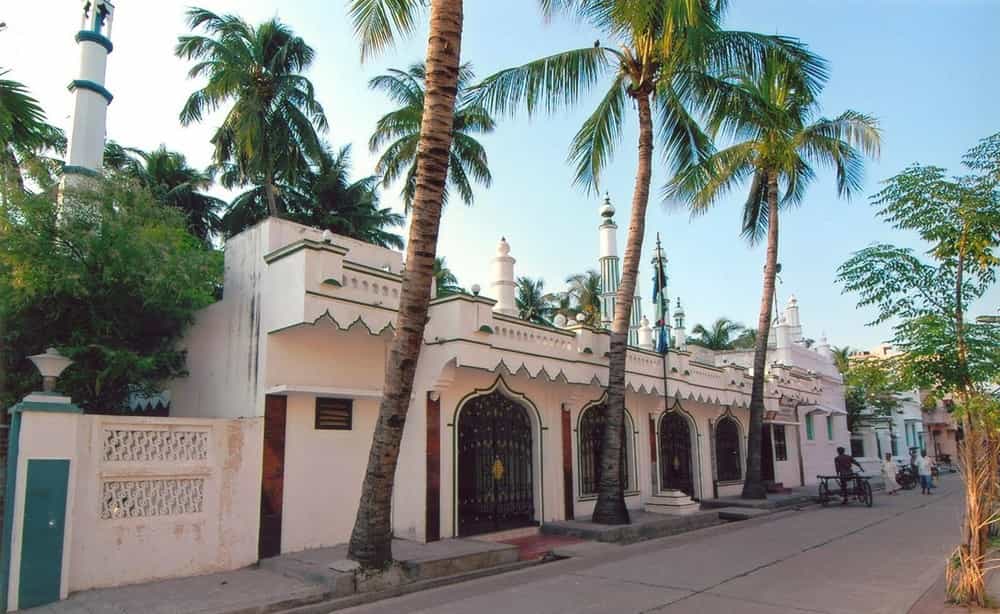 Crazy Street and Mullah Street are the must-cycle-on roads in the Muslim part of the Tamil Quarter. The Tamil houses in this area display typical Islamic elements in their architectural ornamentation. During the ride, try to stop by Meeran Mosque, Jama Masjid and Mullah Mohammed Mosque. 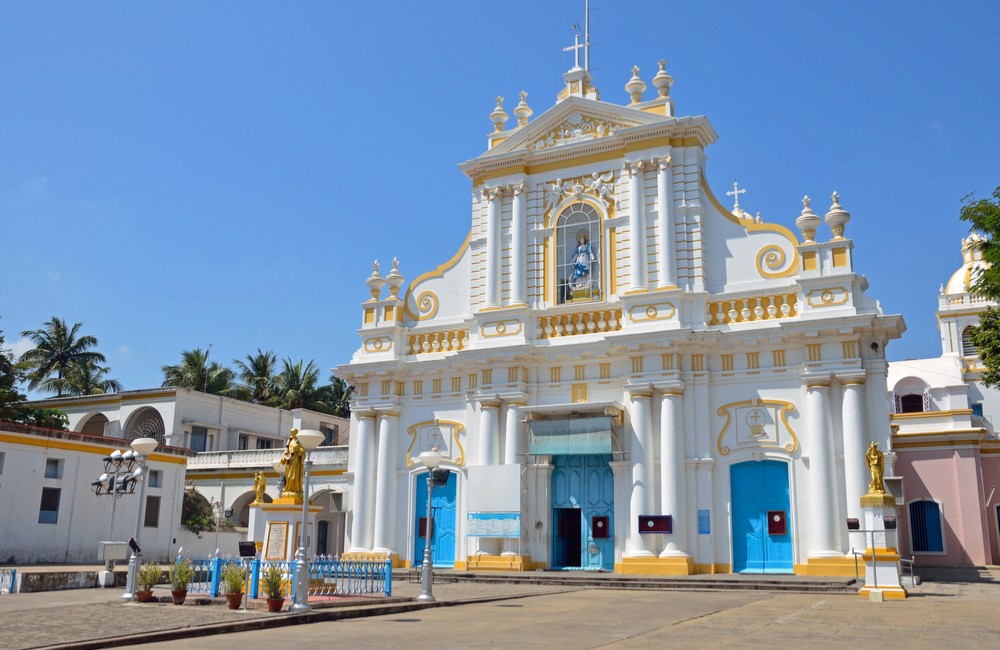 As far as the Tamil Quarter goes, it is its Christian part that comes closest to a colonial-era establishment. The must-visit attractions here are the Portuguese-style Cathedral of our Lady of Immaculate Conception, Modéliar Clocktower, Chinna Mani Kundu and Neo-Gothic Basilica of the Sacred Heart of Jesus. Also remember to wade through the buzz of Grand Bazaar and get some amazing stuff here. 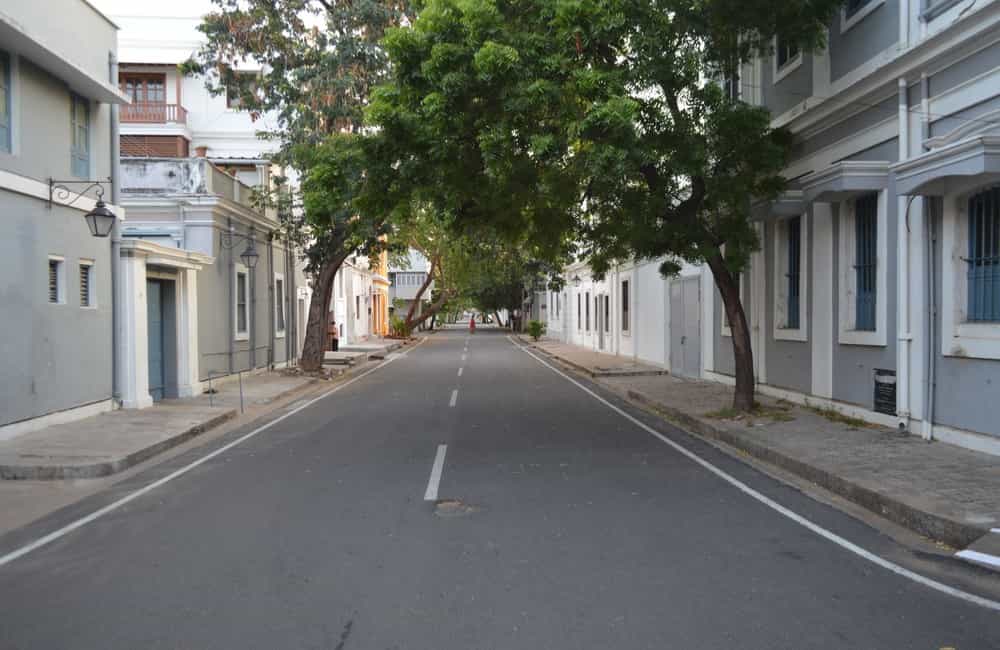 Located to the east of the Tamil Quarter, also known as Black Town in the past, the French Quarter is the more renowned of the two parts of Pondicherry. Rue Romain Rolland, Rue Dumas, Rue Suffren and Rue La Bourdonnais are the four primary streets that you must navigate on a bike. The villas here have strong masonry walls, grand doors and large compounds, reflecting the Frenchs’ desires to keep their private life private.  You would notice that peach, yellow and white are the most prominent colours on their walls. These have thatched roofs above their balconies and decorative grills on their doors and windows. At many places, the house walls and roads are decorated with colourful graffiti, much like the Hip-Hop influenced New York. The Church or our Lady of Angels is a Baroque masterpiece that you can stop to visit. 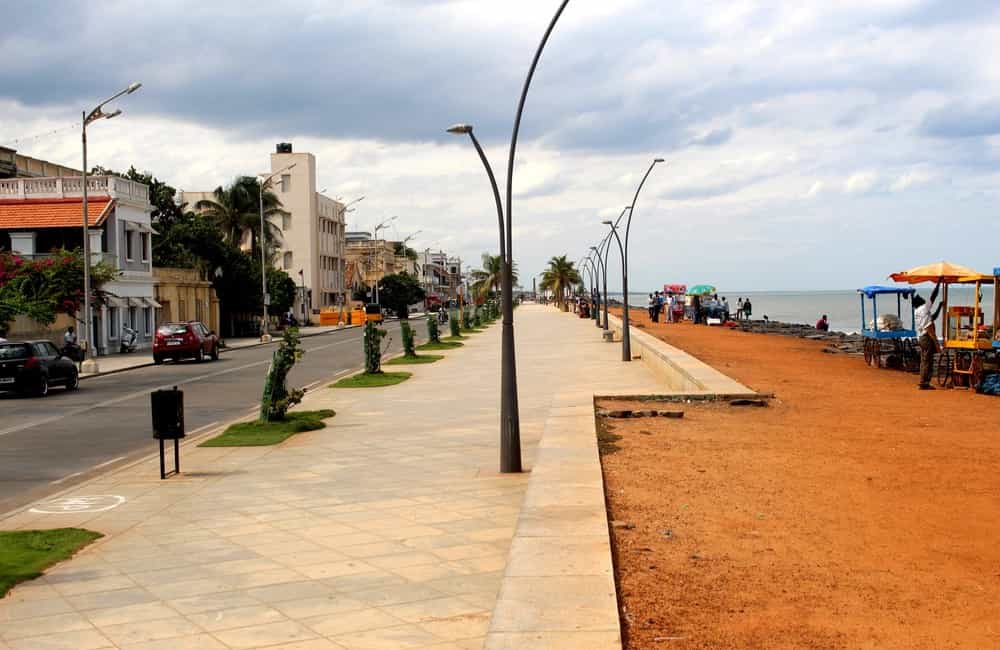 Whatever you do, make sure you ride on the scenic beach road along the coast. Apart from the sandy shores, you will see several historical landmarks on both sides, such as French Consulate, Kargil War Memorial, Old Court Building, Ecole Francaise d’Extreme Orient, Alliance Francaise, Dupleix statue, BR Ambedkar Memorial, Le Café, French War Memorial and last, but not the least, the 19th-century lighthouse. Read also – Pubs in Pondicherry 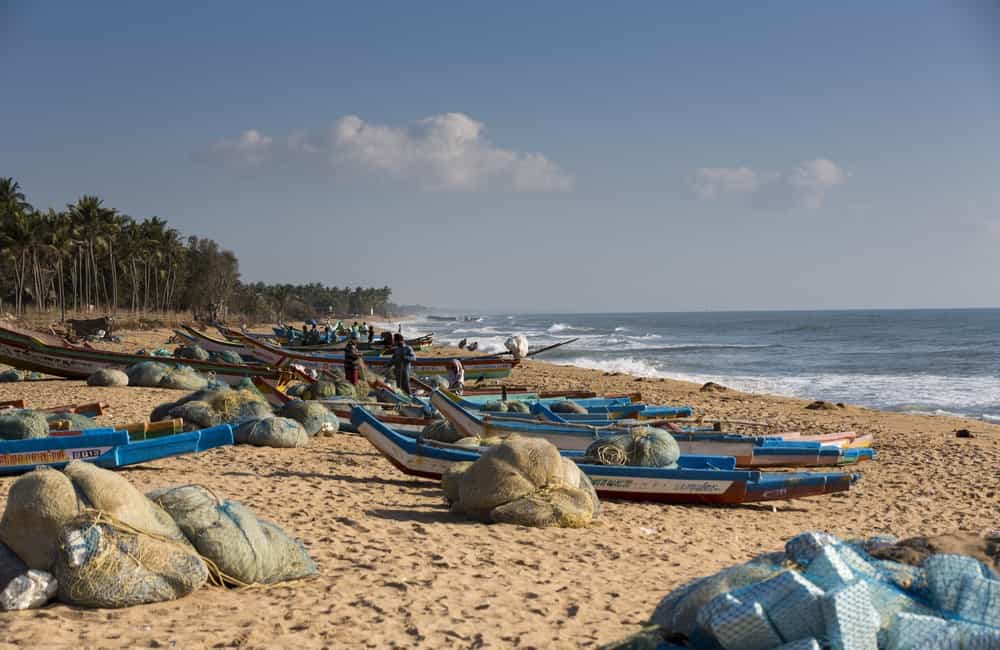 The fishing village of Kuruchikuppam actually makes you realise you are on the coast. Cycle through the road hugging the shore, and you will see scores of fishermen and fisherwomen returning from the sea with fresh catch. Come here really early to see the loud, and often heated bidding for the freshly caught fish. In the village, you might also get to see inhabitants going about their daily chores like feeding their poultry and drawing kolam (rangolis) to decorate their homes. Click here to know more about beaches in Pondicherry 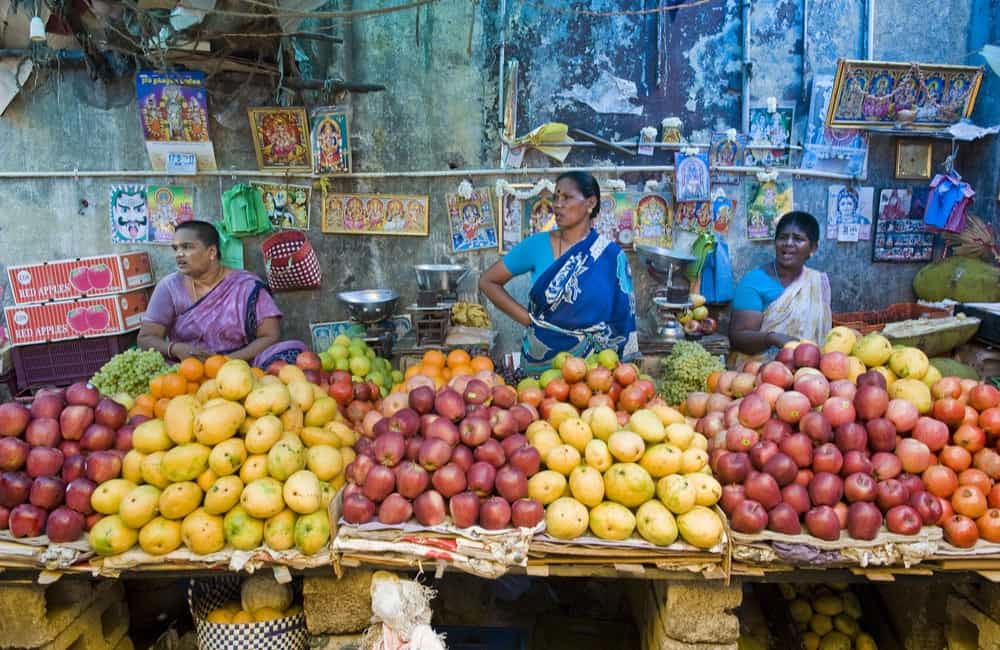 This is another place you must cover on a cycle tour in Pondicherry to experience its lively vibe. It is essentially a farmers’ market, where locals come to buy vegetables, fruits and fresh-from-the-sea fish. Apart from all this, you can also buy ethnic garments, footwear and bamboo products. You will notice that a lot of shops here are run by women, who are feisty and particular about getting the right price for what they sell. You will absolutely love peddling past all these places at a relaxed pace, moving ahead metre by metre. This is a good way to explore the city in an environment-friendly way and also give yourself a light workout. So, get hold of a travel agency, which rents bicycles or organises such heritage tours, and start the amazing journey.