Heralded as “The Europe of India”, Pondicherry boasts of a unique blend of culture and heritage retaining colonial buildings, statues, and museums. It is the main city of the Union Territory of Puducherry and is one of the most popular tourist destinations in South India. Among the top places to visit in Pondicherry are a series of museums that throw light on life from the bygone eras. There are abundant museums here that display ancient artifacts excavated from the archaeological site of Arikamedu. Arikamedu, as per studies, has been identified as an ancient Greek & Roman trading port from 2nd century BCE to 8th century BCE. A few other museums have been restored from the homes of ancient royals and artists. Along with the mementos from the yesteryears, these museums are a house to the culture and traditions that prevailed during the reign of Pallava & Chola dynasties, colonial years and the times of trade during the pre-Christian age. Here is a list of museums in Pondicherry you must not miss: 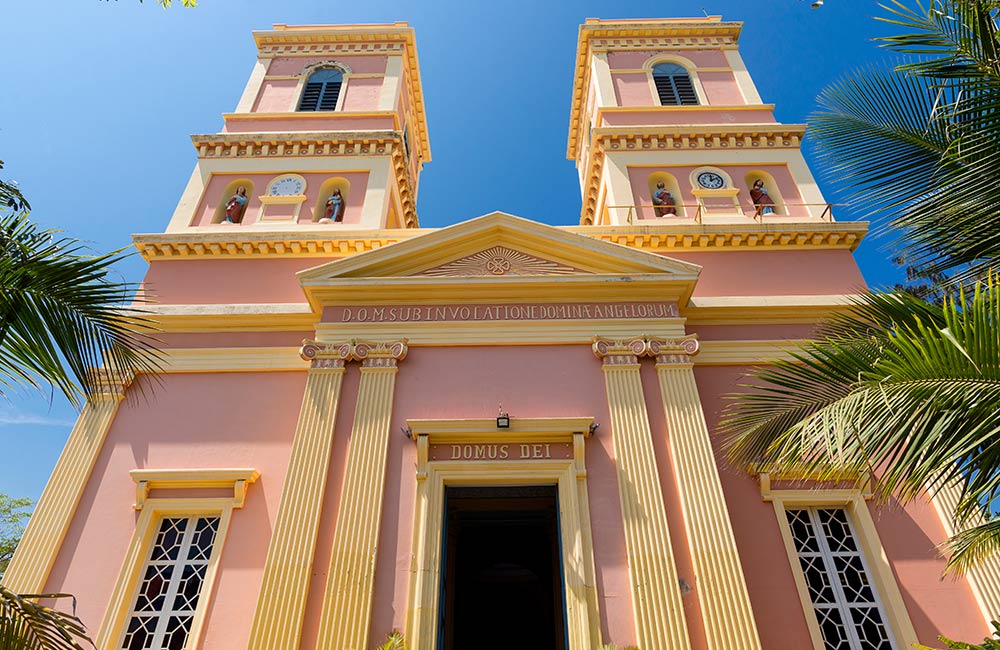 Pondicherry Museum | #1 of 5 Museums in Pondicherry

Also known as the Puducherry Museum or the Pondy Museum, this place displays a plethora or artifacts reclaimed from Arikamedu. The rare bronze and stone statues at the museum date back to the reigns of the Pallava & Chola dynasties. Fossilized trunks of old trees that once existed in this place have also been preserved in the foyer.

Through Pondicherry museum, white town part of the city comes alive. At the center of the museum on the ground floor lies the biggest attraction – the gigantic transportation system from the yesteryears. The system includes a coach, a palanquin and a pousse and it requires at least 2 attendants to start and steer it.

The bronze gallery in the museum houses various images of Indian gods and goddesses with a unique collection of temple lamps. It also includes Buddha images from Kirmampakkam and arms & weapons from the era of Vijayanagara and Nayaka. The geological gallery has a special collection of ancient coins, ceramics, French home décor, and handicrafts. The fossil gallery houses a range of shells and fossils that open up the chapter of the Roman age in the region. The painting gallery at the museum houses a range of ancient glass paintings, Tanjore paintings, colonial portraits as well as some modern painting work with oil and pastels.

The Pondicherry museum entry fee is Rs. 10 for adults, Rs. 5 for children and Rs. 50 for foreign nationals. Overall, it is a great place showcasing our rich and diverse history and heritage. 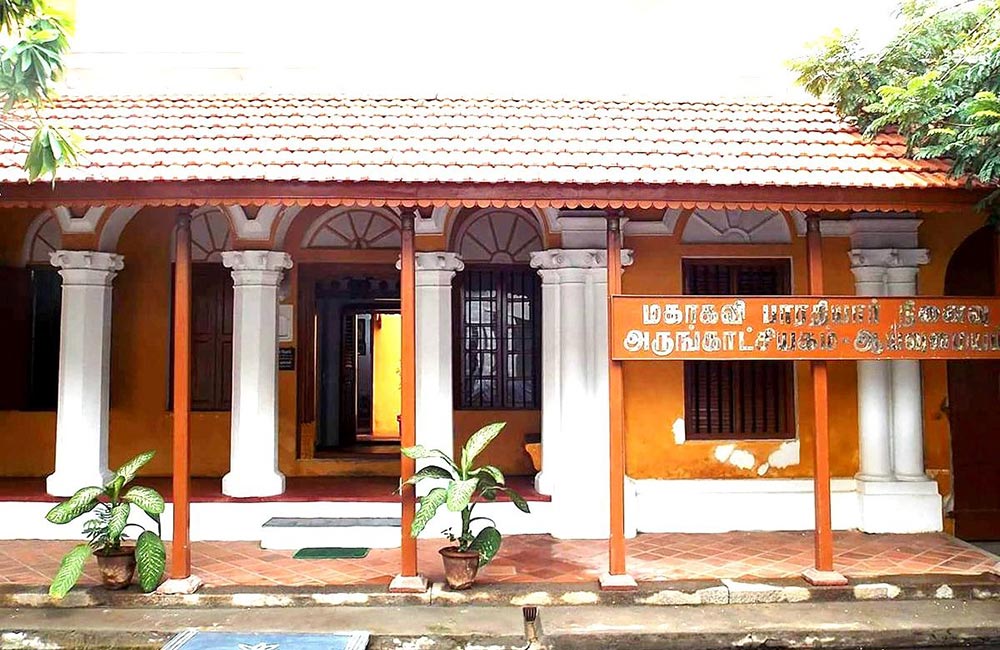 Bharathiyar Museum | #2 of 5 Museums in Pondicherry

The museum derives its name from the poet-patriot of the yesteryears named Subramanya Bharathi. This Tamil poet arrived in Pondicherry as a fugitive from British India in 1908. The French artistic vibes brought out the best in Bharathi and most of his finest compositions in terms of poems and plays were created here in what is today called the Bharathi museum. It earlier used to be the home of the poet and is now revered as a pilgrimage site for the present-day Tamil people who consider him the pioneer of modern Tamil poetry. Many compositions of Bharathi are still used as songs in Tamil movies and played in concerts across India and abroad.

This memorial museum has now been developed into a research center as well. It displays a wide array of texts, photographs, and letters of the great poet. The precious romantic and patriotic compositions of Bharathi are still kept alive here and have inspired several locals & tourists.

The museum is primarily divided into three rooms. The first one houses the photographs of all the influential people in Bharathi’s life. The second one displays journals in which he worked as an editor and publications in which he worked as an article writer. The third room, which is the largest one, exhibits an oil painting of Bharathi along with pictures of his family members, his patriotic poems and the letters that he wrote to notable freedom fighters of that time.

The museum that pays homage to the great poet and social visionary is worth a visit for all patriots and literature fans.

Also Read: Things to Do in Pondicherry 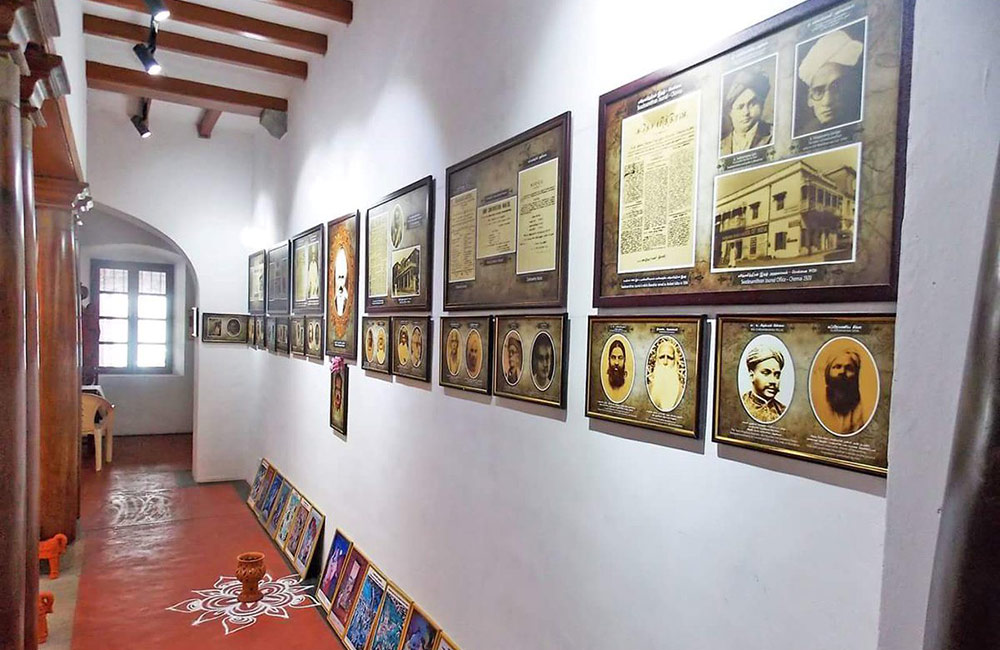 Bharathidasan Museum | #3 of 5 Museums in Pondicherry

Owing to his devotion to Subramanya Bharathi, he became more famous as Bharathidasan, which translates to ‘Disciple of Bharathi’. The Puducherry born poet is well-celebrated for his poems, plays as well as film scripts. Overall, the era of Bharathi and Bharathidasan, from the late 19th century to the mid-20th century, is regarded as the golden period of Tamil literature.

Bharathidasan’s scripts for patriotic movies have also earned many accolades. His works mainly revolved around women rights, social stigmas, and the Dravidian culture. 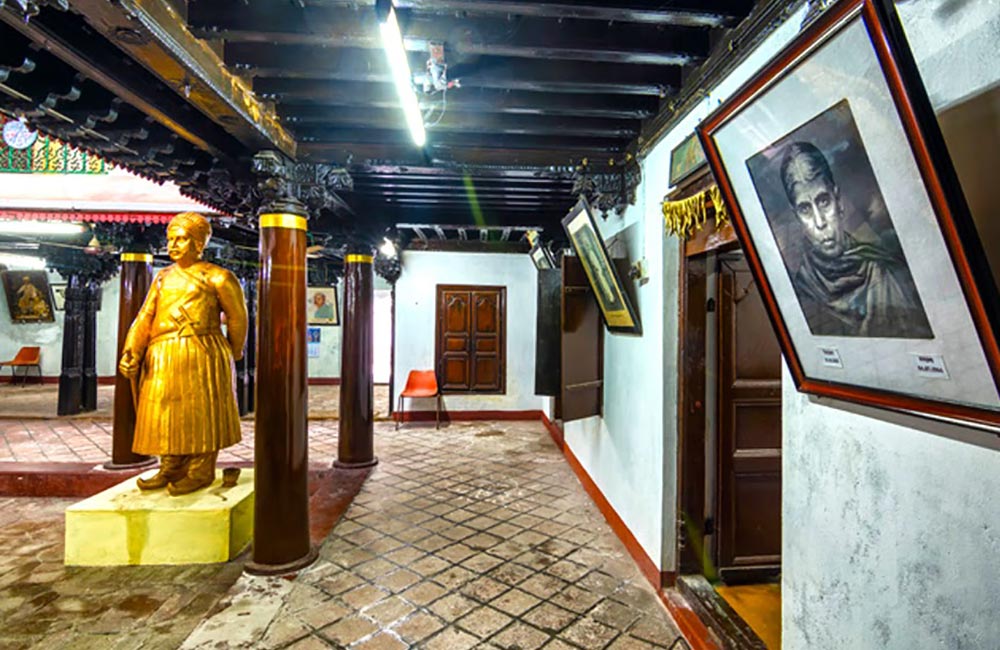 Ananda Ranga Pillai was the language interpreter for the then governor of Pondicherry, Dupleix. During his time, the French rule flourished in the region. This museum was initially built as his residence sometime around 1738 ACE. This mansion was a unique blend of French & Indian styles of architecture and is till date one of the longest standing buildings on the west side of the town, which was then known as the natives’ quarters.

The museum has preserved the diaries of Pillai that have stored crucial information on French India. These diaries translated in the early 20th century bring alive the Anglo-French Carnatic wars and the overall life in this region in the 18th century.

The museum also depicts the lavish lifestyle of the past in this French colony and the residential style from a long-gone era. However, today it doesn’t retain much from its former glory and you would require special permission to visit the mansion-cum-museum. 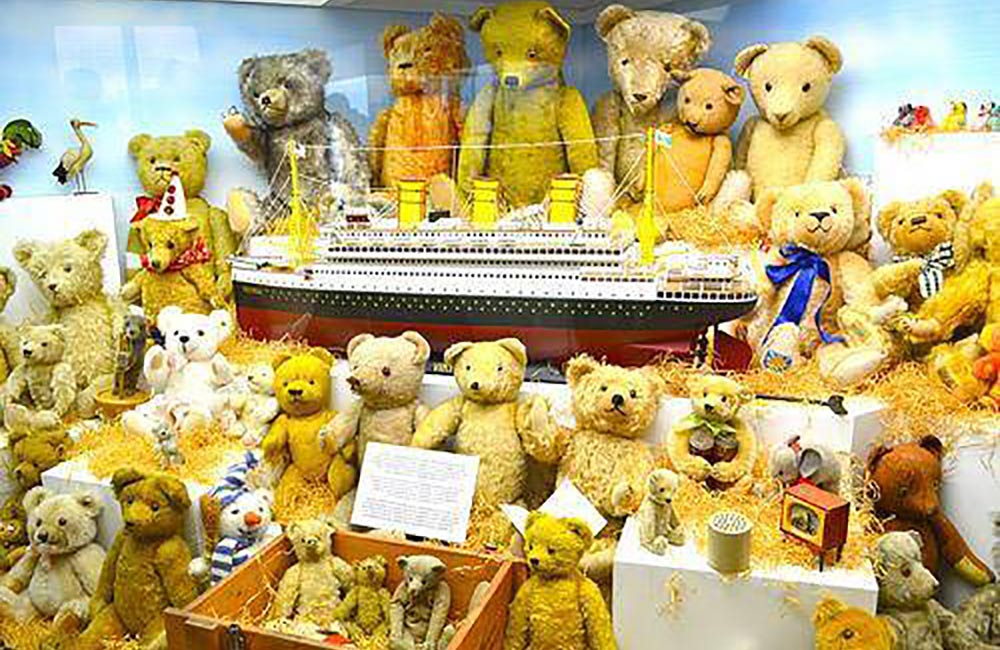 With an assortment of ornamented puppets and dolls, this museum is frequented by children. The collection of over 120 dolls on display portrays cultures and costumes of all different states of India. A little fairyland is also demonstrated here with a tiny figurate of Lord Ganesha watching over the procession.

This museum is primarily celebrated for its creativity in terms of decoration, designs, and ornaments. These designs educate children about the different cultures of different parts of the country, spreading the message of “Unity in Diversity”.

One of the rare doll-house museums in the country, this place allows entry for free and is informative as well as entertaining not just for kids, but for adults alike.

Among other worthy museums in the town is the children’s museum next to the botanical garden which houses various species and varieties of snail shells. Apart from these museums, the beaches in Pondicherry are worth a visit as the region is famous for its azure waters and seashells. For tourists, there are economical as well as luxurious hotels in Pondicherry. The city that was a French haven once upon a time celebrates its nightlife with the free French spirit and while here you must not miss out on the best pubs in Pondicherry. As the place is known for its unique blend of French & Indian cuisine, you might also want to check out our curated list on the best restaurants in Pondicherry.