Bitten by the Bollywood bug? We may or may not admit it but in our hearts, we all are huge fans of Bollywood movies. From romance to action-packed movies to documentaries, we Indian are absolutely in love with stories. There is so much that we take back from a Bollywood movie – the relatability with the characters, their dialogues, the story and the beautiful locations. Taking of beautiful locations, wanderlust has gripped many of us, hasn’t it? After watching a movie, we almost instantly want to go to those exotic locations. Here, we bring you the most popular Bollywood locations across India for you to explore! 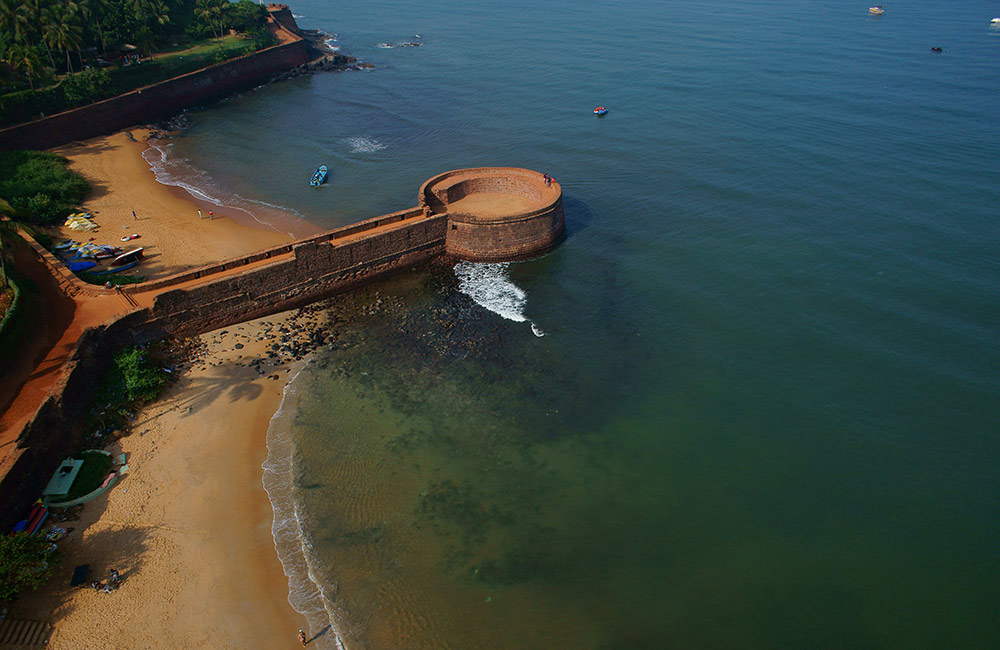 Goa is not just a crowd favourite vacation spot, but also a popular location among filmmakers. Over the years, many Bollywood movies were shot in Goa. But, if there is one movie that has made Fort Aguada famous, it has to be Singham. Remember the scene where Ajay Devgan bashes the goons to save Kajal Aggarwal? That scene was shot at Fort Aguada.

Built by the Portuguese in 1612, Fort Aguada was meant to guide merchant ships and keep an eye out for enemy raids. When in Goa next, make sure to hire a scooty to enjoy a view of the horizon against the blue ocean! 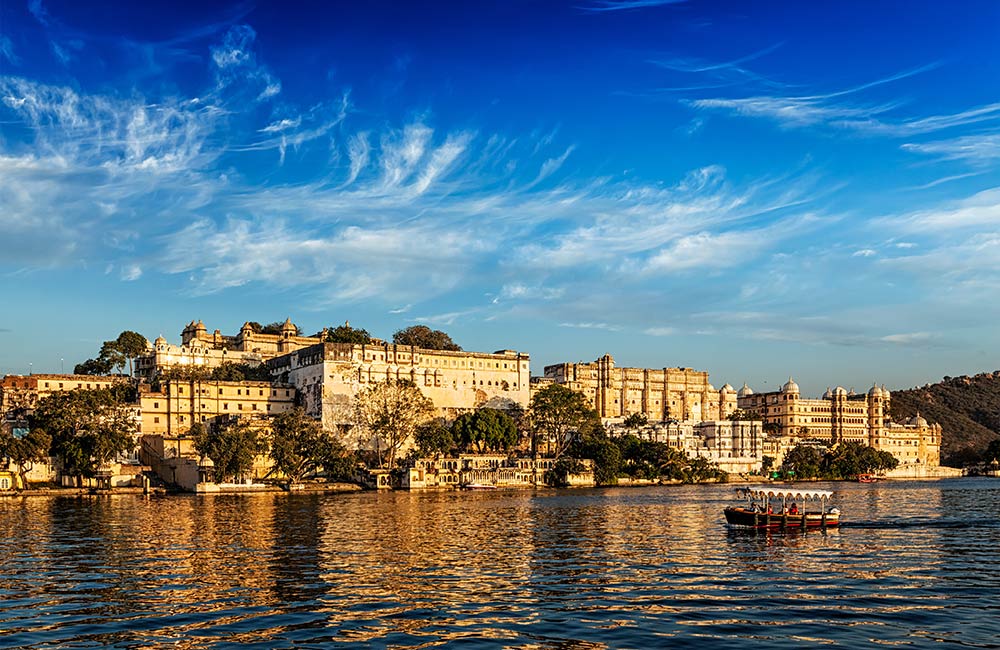 Known as the City of Lakes, Udaipur will bring out the art connoisseur in you! The most beautiful spot in Udaipur? Has to be the City Palace. From the exquisite mirror and stone work, intricate motifs and inlays, everything at Udaipur City Palace exudes royalty, to say the least. You’ll know what we mean here if you’ve watched the flicks, Ram Leela and Yeh Jawaani Hai Deewani! Parts of Ram Leela were shot here, while Ranbir Kapoor and Deepika Padukone’s Udaipur trip in the latter movie too had this beautiful palace featured. So, if you are planning on visiting Udaipur anytime soon, make sure to have Udaipur City Palace on your bucket list. 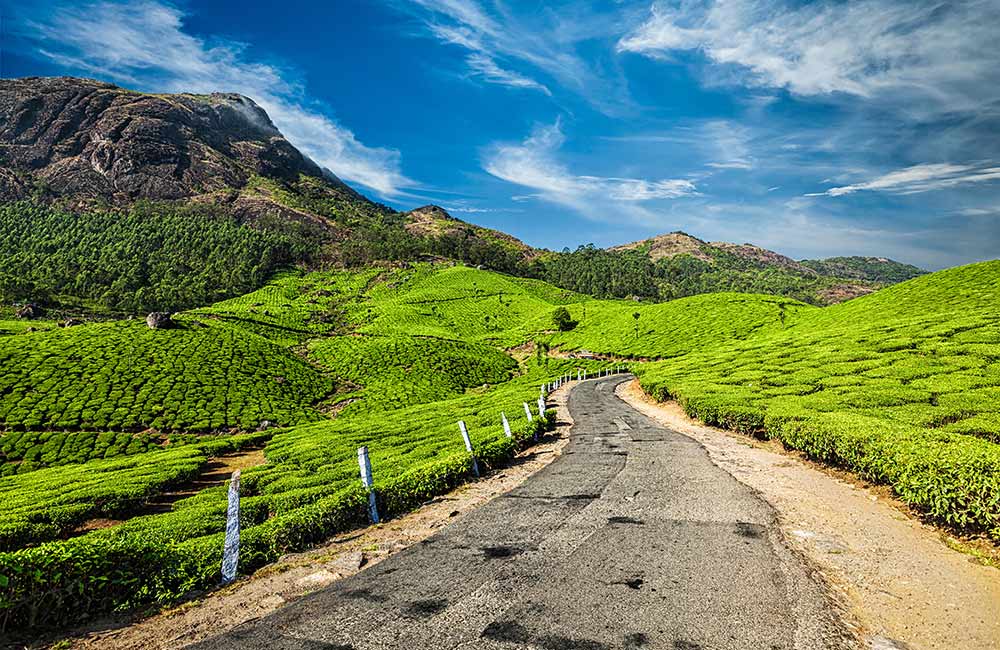 Once the summer resort of the British, the famous tea plantations of Munnar were adopted as a backdrop for the shooting of the song, ‘Kashmir Tu, Main Kanyakumari’ for the movie Chennai Express. So, if you thought that Shah Rukh and Deepika were flown out of the country for the lush green velvety lawns and exotic flora and fauna, we just burst your thought bubble. Munnar is known for its friendly people, lip-smacking food and Ayurvedic messages. And hey, the movie itself was shot just 8 kilometres away from Munnar in Devikulam which happens to be an idyllic hill station for the tourists. 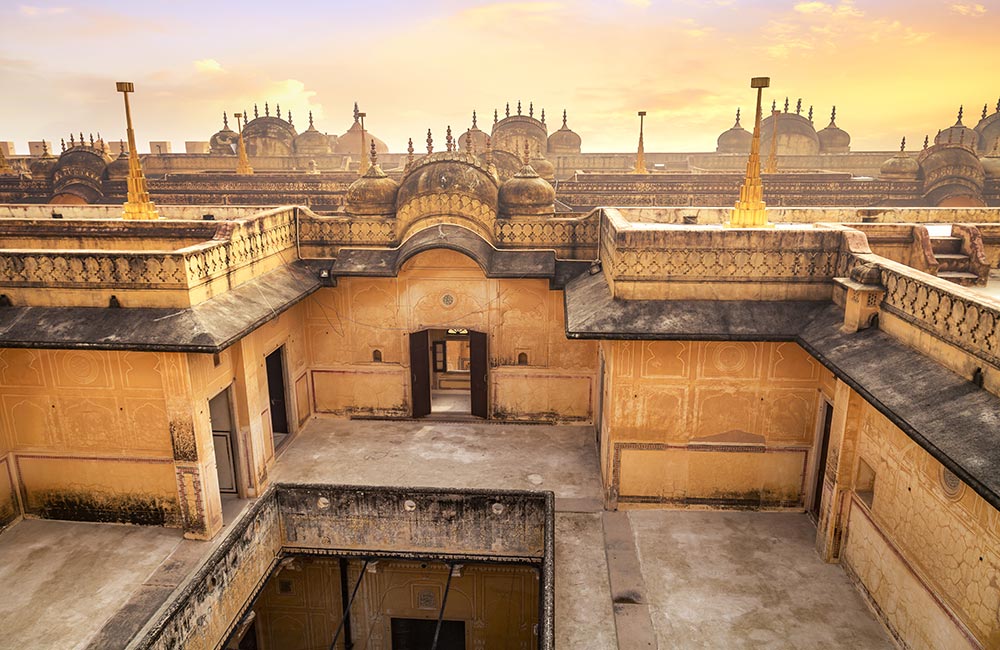 Nahargarh Fort is just another gem in the kitty of the Pink City, Jaipur. The youth anthem – “Masti Ki Pathshala” from Rang De Basanti was shot at this very place. Remember the scene where Amir Khan takes a free fall into a pool after chugging beer? Also, if you have watched the movie, Shuddh Desi Romance featuring Sushant Singh Rajput and Vaani Kapoor, you’ll be able to figure out that a few scenes were shot at Nahargarh Fort. Nahargarh Fort is just one of the many preferred spots for directors and producers to shoot amazing scenes. 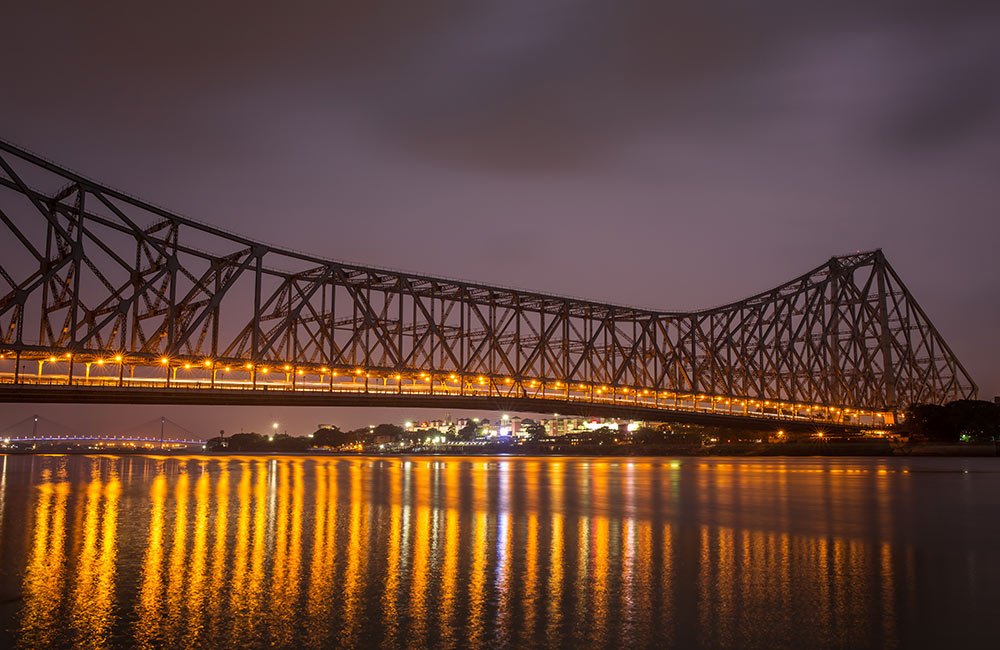 Over the passage of time, Howrah Bridge has become the symbol of the city of Kolkata. It has been a much-loved shooting spot for many filmmakers from Satyajit Ray and Raj Kapoor to Shoojit Sarkar, who shot scenes of Piku here, Howrah Bridge. This 26500-tonne bridge also known as the Rabindra Setu connects the eastern part of the metropolis and Howrah district over the Hooghly river. What’s more is that this majestic structure has found mention in the works of Rudyard Kipling. Looks like from literary folks to movie folks, Howrah Bridge has enchanted everyone! 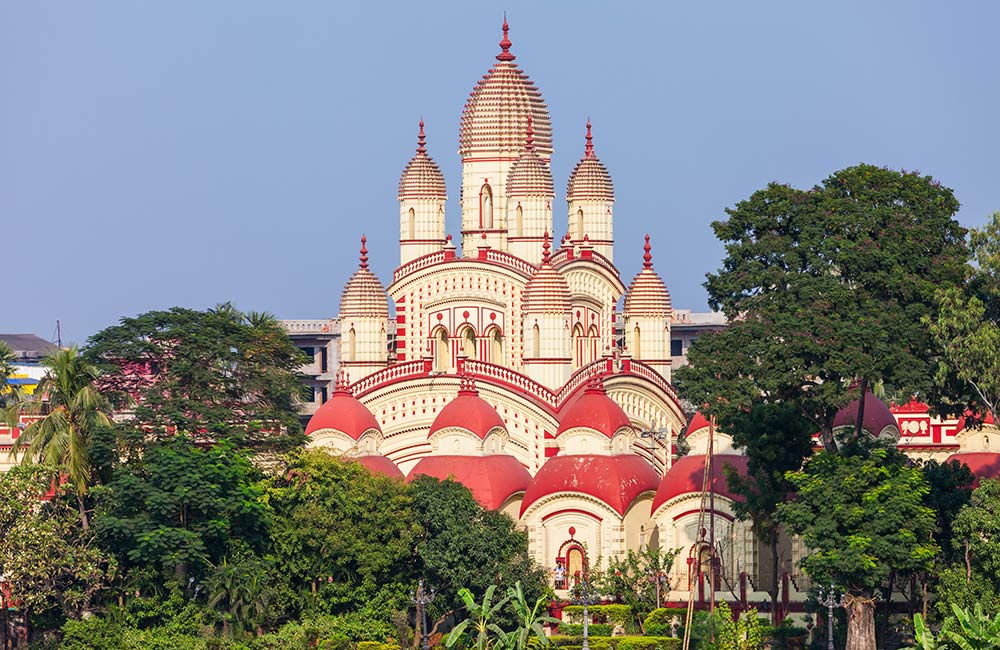 Considered one of the holiest temples in Kolkata, Dakshineswar Kali Temple is dedicated to Goddess Kali, the primary deity revered by Bengalis. This architectural wonder that was built in the conventional Navrtana style has served as a backdrop for the movie, Gunday’s famous song, “Tune Mari Entriyan”. It is exactly this place where Priyanka Chopra, Ranveer Singh and Arjun Kapoor can be seen showing off their moves. The sequence was shot just outside the sanctum sanctorum, where thousands of devotees gather to offer their prayers. It was also at Dakshineswar Kali temple that the religious thinker, Rama Krishna Paramhansa attained his spiritual vision and advocated the unity of all religions. 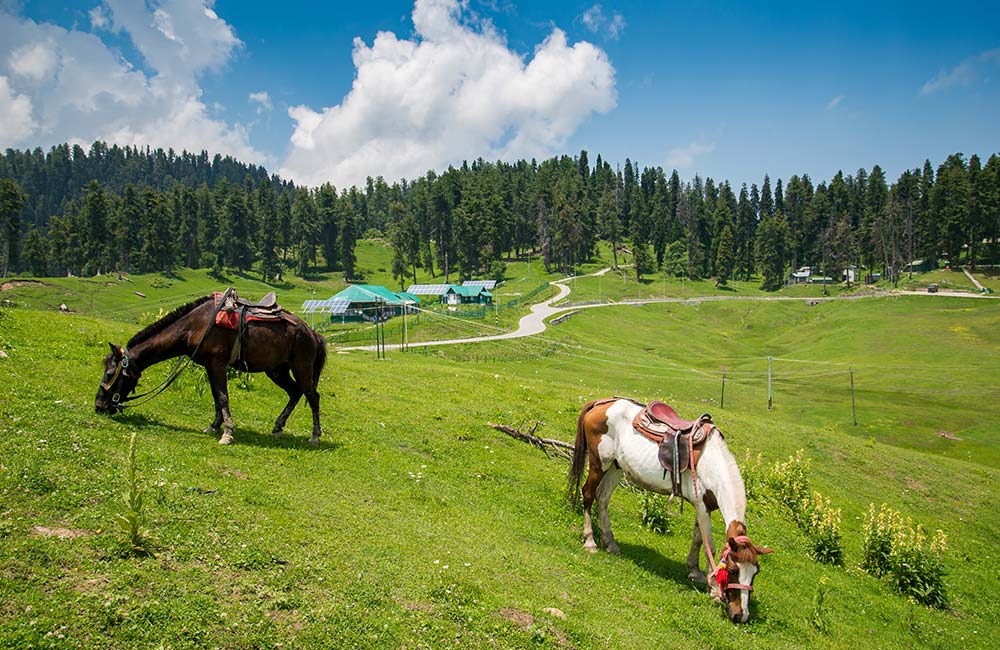 Gulmarg | Among The Best Bollywood Locations in India (img source:shutterstock.com)

Known for its snow-capped mountains and lush pastures, the pristine town of Kashmir, Gulmarg is one of the most popular movie shooting locations in India. Bhaag Milkha Bhaag, Saat Khoon Maaf, Highway and Yeh Jawaani Hai Deewani are just a few movies to list that were shot in Gulmarg. This may surprise you, but the Manali trip taken up by Deepika, Ranbir, Kalki and Aditya in Yeh Jawaani Hai Diwaani was actually shot in Gulmarg. Also, the scenes where the group is shown exploring the mountains were shot in Gulmarg. And not just in the modern days, Gulmarg was a go-to place for shooting movies among the yesteryear directors and producers too. Thinking of packing your bags and going to Gulmarg already? 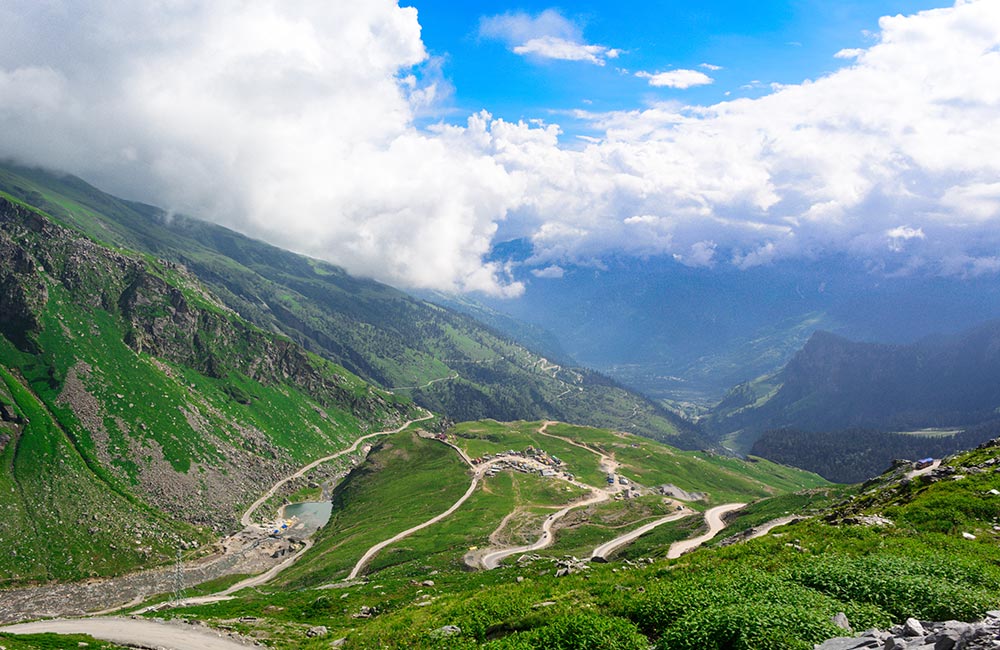 Nature’s perfect spectacle, Himachal Pradesh’s Rohtang Pass connects the beautiful regions of Manali and Lahaul & Spiti. The imposing peaks of Geypan, which can be seen looming large on the pass, make for a breath-taking view. In the bygone eras, Rohtang Pass also acted as a trade route between either side of the Pir Panjal Range. Rohtang Pass lies beyond the habitable world because the route to here is only open for three months – from July to September – which is what continues to enchant travelers and Bollywood personalities. Everybody’s favourite Geet aka Kareena Kapoor from Jab We Met can be seen hopping and dancing at Rohtang Pass in the fun and peppy song – Yeh Ishq Haaye! 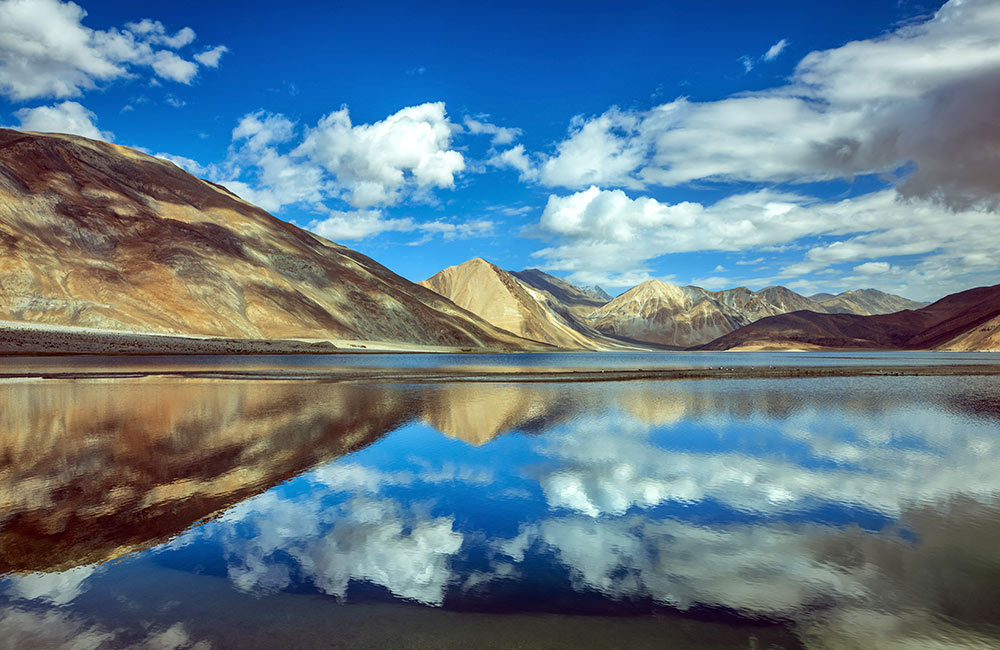 Pangong Tso looks absolutely heavenly, to say the least – nestled in the lap of nature, clear water with a beautiful view of the sky! Situated at an altitude of 14000 feet, this picture-perfect lake is where the climax of the super-hit movie 3 Idiots, when Kareena Kapoor along with Madhavan and Sharman Joshi, pays a visit to the character of engineer-turned-professor Amir Khan was shot. Pangong Tso, also known as the Hollow Lake is a long, but narrow lake that extends from India to Tibet. It boasts being one of the largest saltwater lakes in Asia. During winters, this land-locked beauty turns into a frozen lake letting people indulge in ice skating!

Be it the action-packed Hrithik Roshan and Katrina Kaif-starrer Bang Bang or Kareena Kapoor and Shahid Kapoor-starrer romantic blockbuster Jab We Met – the Mall Road in Shimla has always remained a favourite choice of movie makers. Remember the scene where Shahid Kapoor pays a visit to Kareena Kapoor’s character after she’s cut off with everyone and how they take a stroll on Mall Road?! The picturesque locations, lush green countryside-like feel, snow-clad peaks – everything about Shimla has attracted movie stars and tourists alike. The remarkable colonial architecture lends the queen of hills a British lure, which has never ceased to charm travellers. 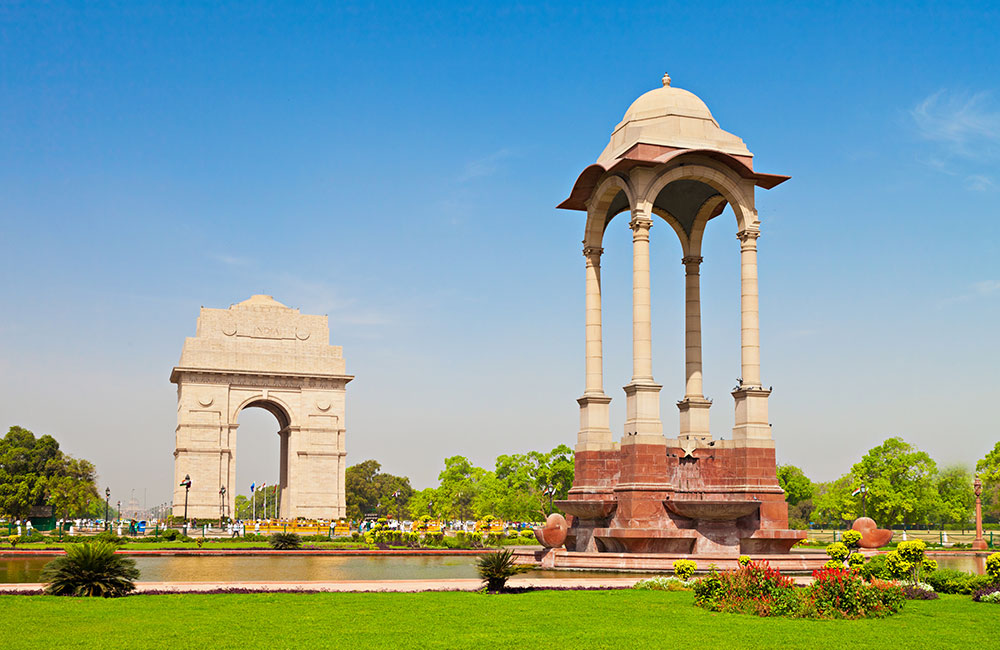 A war memorial built to honour the martyrdom of soldiers who laid their lives during World War I, India Gate served as a shooting location for Rang De Basanti. Parts of the song, Masti Ki Pathshala, have been shot here. Also when all the six male protagonists of the movie hold a protest, it was in front of India Gate. 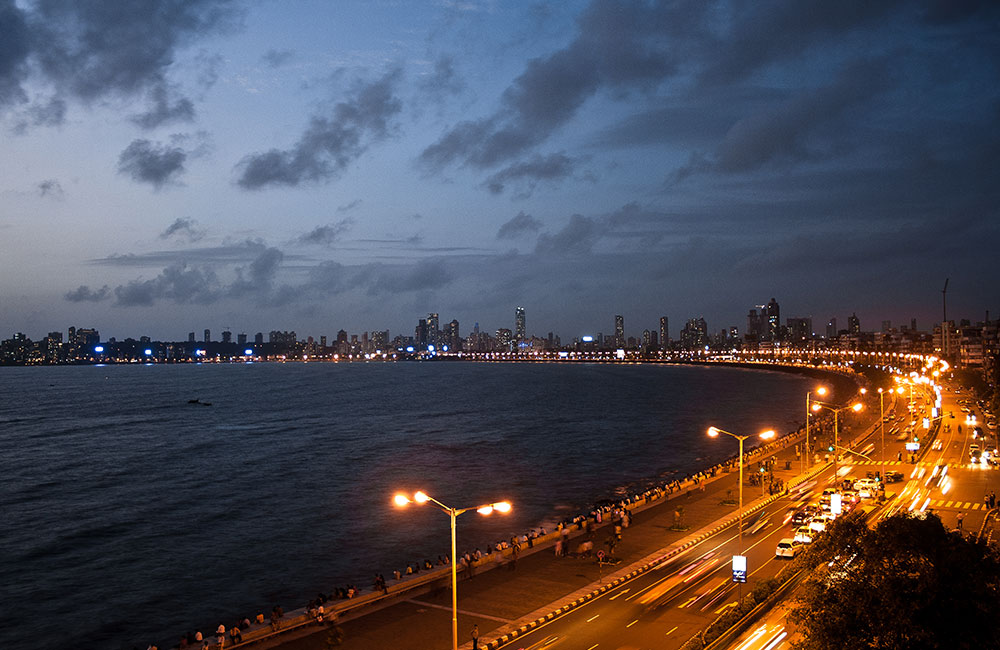 Fondly referred to as Queen’s Necklace, Marine Drive does not just hold a special place in the hearts of Mumbaikars to hang out at, but also in the eyes of Bollywood stalwarts, who make sure to add at least one shot of this brilliant place whenever they are showcasing Mumbai. For instance, who can forget the scene from Wake Up Sid, in which Ranbir Kapoor goes to Marine Drive as the first rains lash Aamchi Mumbai only to find Konkana Sen Sharma standing there, with one of the finest songs – Boondon Ke Moti playing in the background! 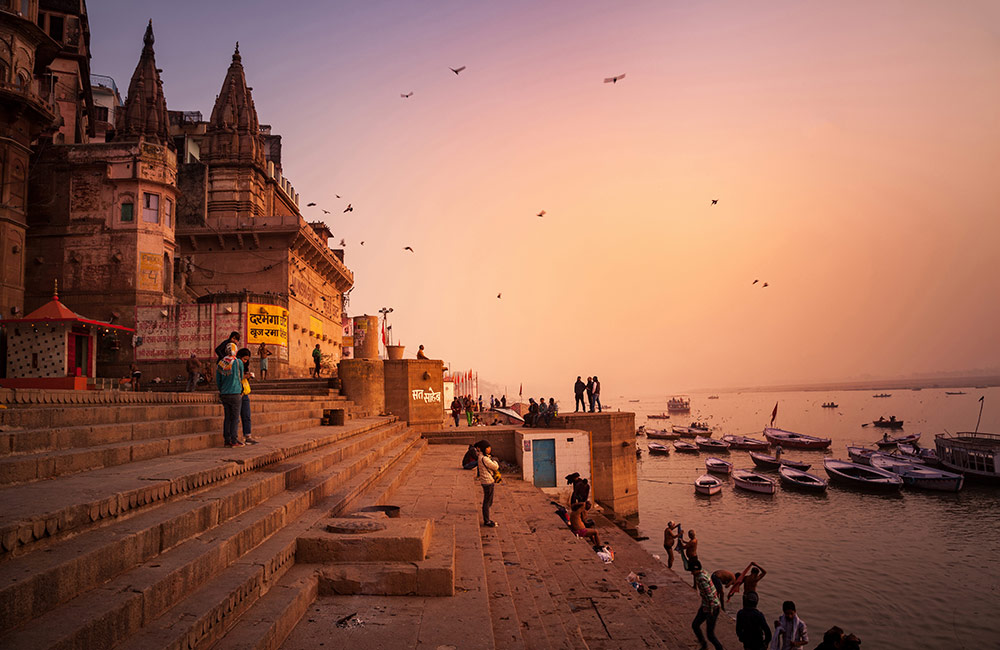 Call it Varanasi, Banaras or Kashi – this city that is located on the banks of the Ganga in Uttar Pradesh is regarded as one of the spiritual capitals of India. With an old-world charm, Varanasi has caught the attention of cinematographers for long. Masaan, Raanjhanaa and Laaga Chunari Mein Daag are a few movies that must have given you a virtual tour of the ghats of Banaras! Many a times, the ghats of Varanasi are very carefully knit along with the screenplay to serve as a perfect script backdrop. 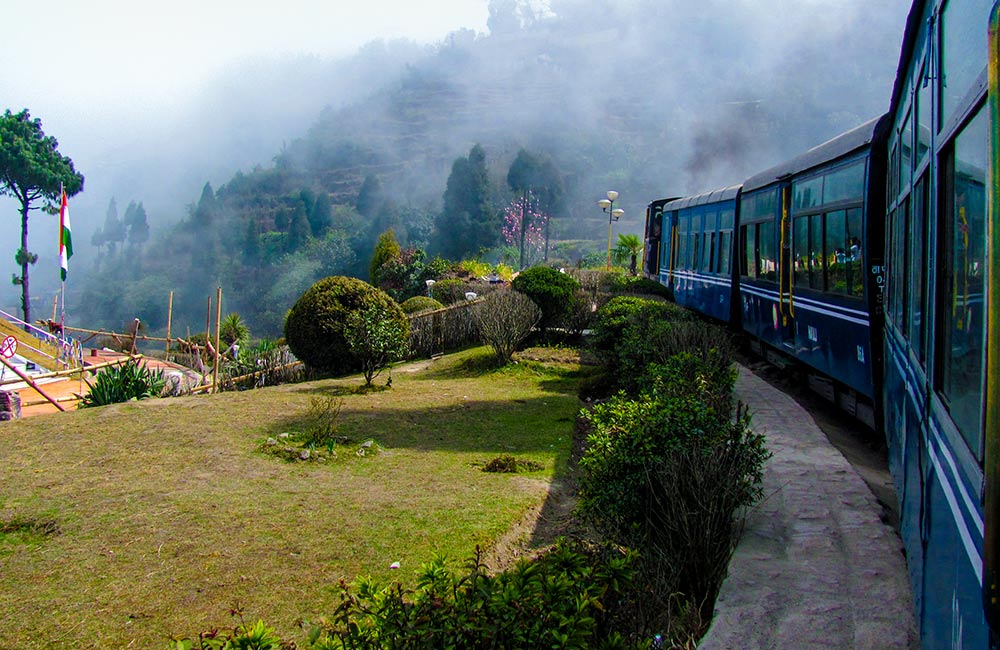 Have you always loved train romance scenes, where the train puffs steam and makes way up to the mountains? Did you know that the UNESCO-listed Darjeeling railway line has been used to shoot most of those? From the famous songs, such as Mere Sapno Ki Rani for Aradhana to Kasto Mazza Hai for the movie Parineeta, Darjeeling Himalayan Railway has had countless features! The Ranbir Kapoor-starrer Barfi too has shots taken on the Darjeeling railway line! Much love for mountain beauty, we guess! 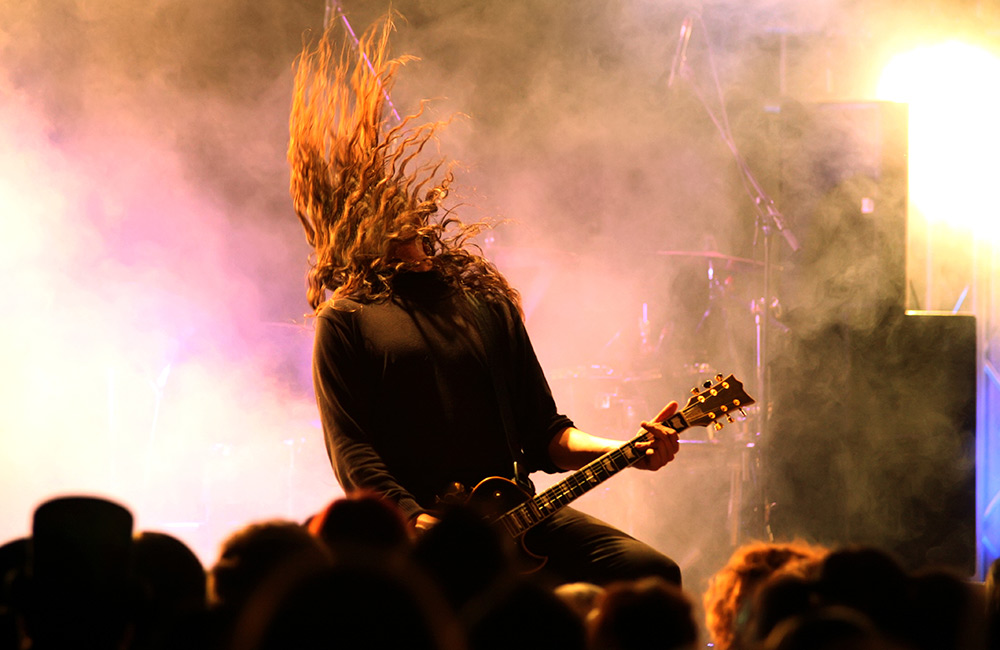 Shillong | Among The Best Bollywood Locations in India (img source:shutterstock.com)

When it comes to film shoots, the Seven Sisters or Northeast Indian states of India are indeed a lesser explored part of the country. Sounds sad, right? Shillong – the capital city of Meghalaya – was the director’s choice to shoot the sequel of Rock On, i.e. Rock On 2. The makers wanted to capture the music festival scene in Meghalaya, which is regarded as the next rock capital of India after Bangalore. So, if you are a person who loves Rock music, you know where to go! 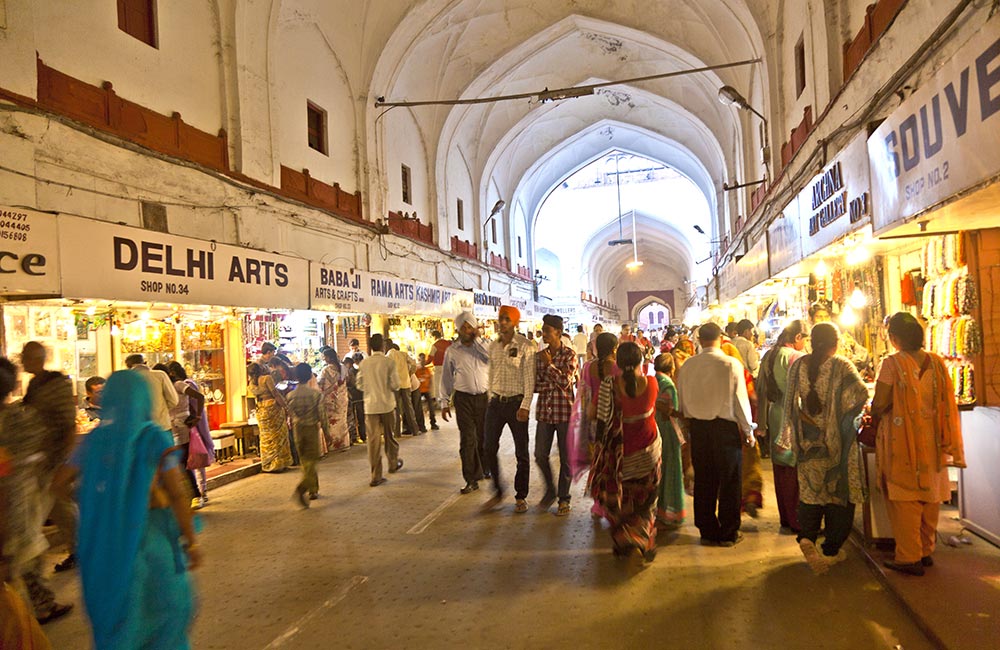 What does Purani Dilli remind you of? Narrow streets, chaat papadi, ruins that tell tales of the bygone eras, perhaps? Think again! Old Delhi has fascinated movie writers so much that they have based their entire scripts on it. Remember Salman Khan walking through the streets of Chandni Chowk in Bajrangi Bhaijaan, Sonam Kapoor in Dilli-6 and Anushka Sharma roaming around in the streets of Meena Bazaar and Chandni Chowk in Band Baaja Baaraat? Even though Chandni Chowk is known to be ever crowded, this part of the city never seems to lose its charm! 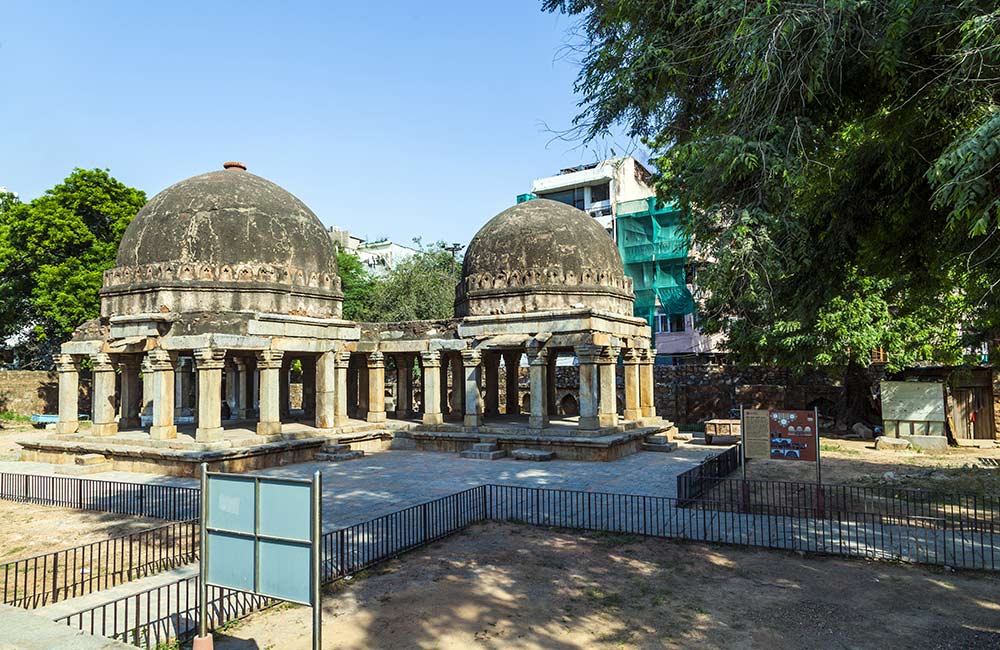 The posh locality of Hauz Khas has made for an ideal location for different Bollywood movies. Can’t recall which all flicks we are talking about? Remember the scene in Tamasha when Ved (Ranbir Kapoor) reunited with Tara (Deepika Padukone)? That was shot in Hauz Khas. Also, in Imtiaz Ali’s Rockstar, the song Tum Ho picturised on Jordan (Ranbir Kapoor) was shot at Hauz Khas Fort.

So, if you are planning for a vacation, try out a ‘film-cation’ for once! Go, explore beautiful locations across the country. Did our list feature your favourite movie location? Let us know in the comments section!