A dirty city can be uninviting and hence a huge turn-off for tourism. Imagine visiting the iconic Taj Mahal, but to reach the World Heritage Site, you pass by streets laden with foul-smelling garbage. After the experience, would you encourage others to plan a visit to Agra? Probably not! Thus, cleanliness is vital for cities to project a positive impression on tourists.

In India, some cities have been successful in maintaining cleanliness and hygiene across districts and towns. These cities have been documented under Swachh Survekshan, a yearly survey conducted by the Ministry of Housing and Urban Affairs (MOHUA). If you seek clean tourist destinations, take note of the following list of the cleanest cities in India. 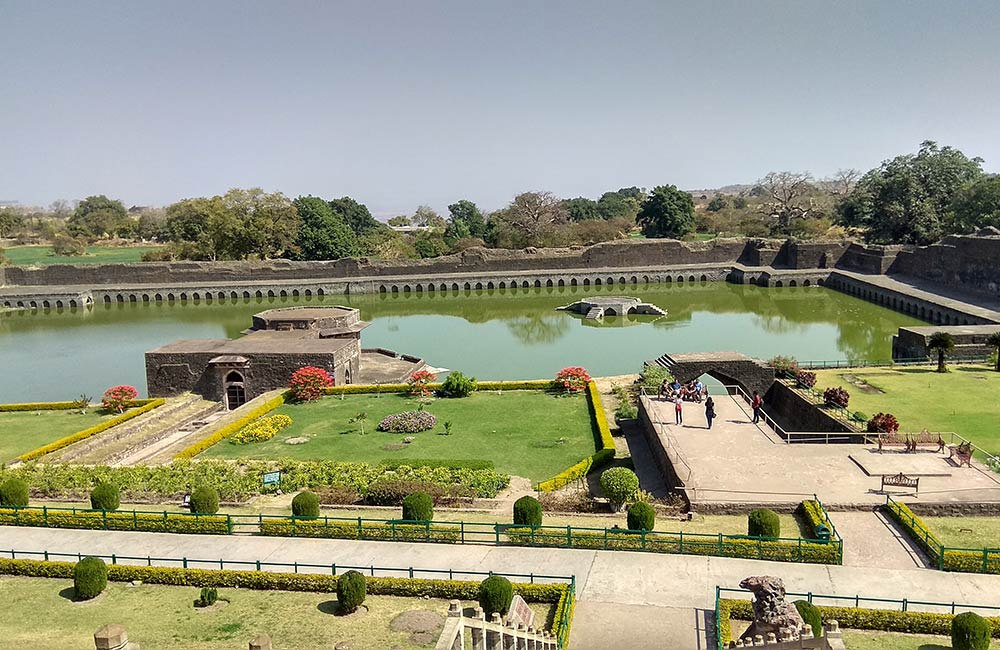 Thanks to planned waste segregation, conversion and disposal, Indore is the number one city on this list. No strewn garbage, open sewers and other unsanitary and unsightly conditions are likely to mar your view when you decide to explore this city’s tourist attractions like Rajwada Palace, Lalbagh Palace, Central Museum, Sarafa Bazaar and Chappan Dukan.

Also check budget hotels in Indore to book your stay. 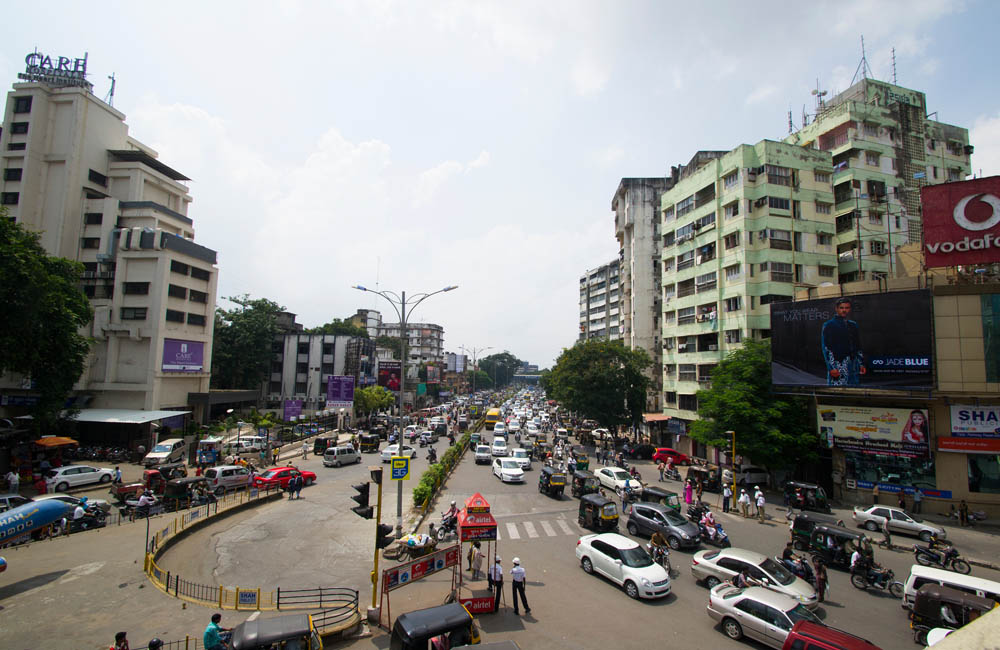 The title of the second cleanest city in India is held by Surat. This commercial city known for textiles and diamonds has undergone rapid development over the years. And the Municipal Corporation has ensured that the dynamic changes included maintaining cleanliness. Surat now attracts local and international tourists to visit its popular attractions such as Ambaji Temple, Sardar Patel Museum, Dutch Garden, Dumas Beach, Swaminarayan Temple, Sarthana Nature Park and Vansda National Park. 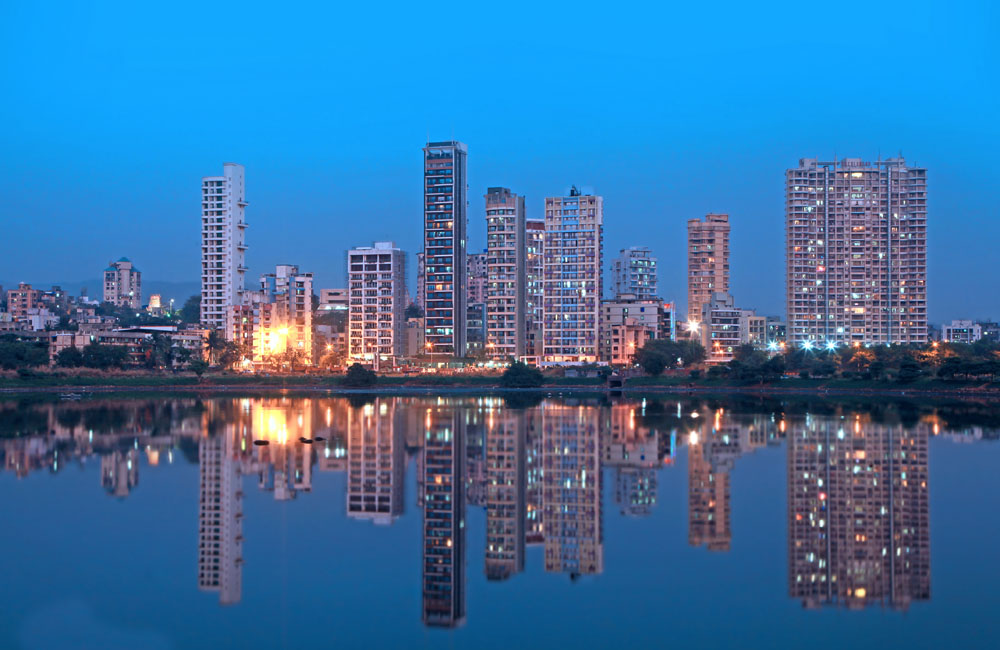 Adjudged as the third-cleanest city in India, Navi Mumbai could achieve this feat by reducing, reusing and recycling waste. Hence, if you are planning a walking tour or leisure trip to a clean and lively destination in India, Navi Mumbai would be a perfect pick. The city has many natural and man-made splendours, including Karnala Bird Sanctuary, Wonders Park, Pandavkada Falls and ITC Park that you can explore on foot for a different experience. 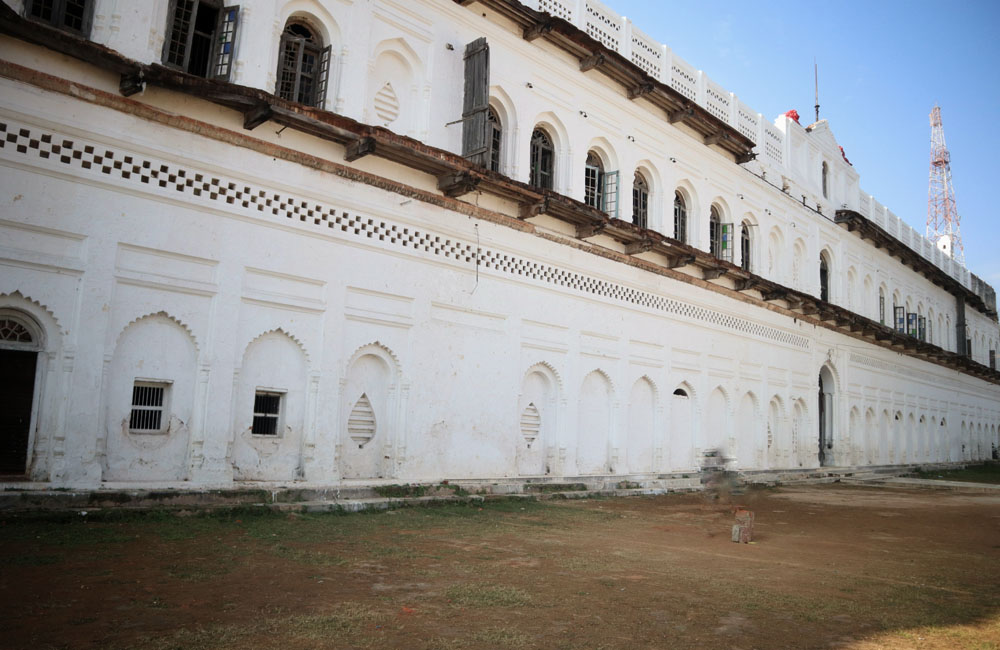 Ambikapur | #4 of 20 Cleanest Cities in India

One of the oldest and cleanest cities in the country, Ambikapur has set an example by recycling the waste effectively and generating income from it. The city is also known as the “Temple Town of Chhattisgarh” for its famous temples that attract tourists from around the world. Apart from seeking blessings at Mahamaya Temple, Ramgarh and Sita-Bengra, you can visit Tiger Point Waterfall, Chendra Waterfall, Tattapani Hot Spring and Jogimara Caves during your trip to Ambikapur. 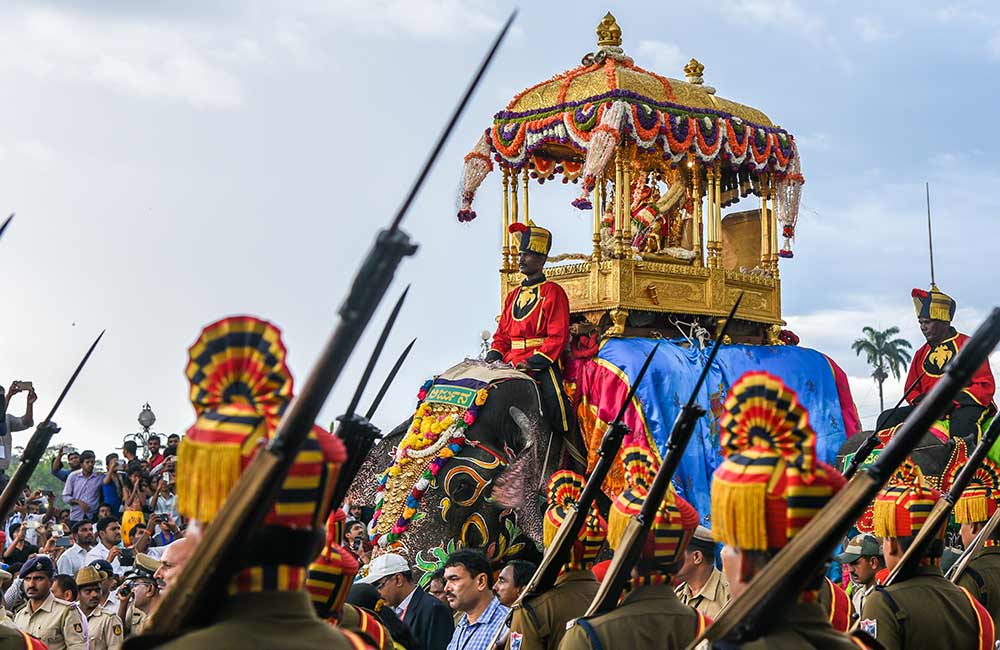 Proper segregation of household waste and planned waste management has helped Mysore secure fifth place in the list of the cleanest city in India. Popularly known as the “City of Palaces” or the “Garden City”, Mysore is a paradise for tourists. Mysore Palace, St. Philomena’s Church, Brindavan Gardens, Karanji Lake and Mysore Zoo are some attractions to explore in this clean city. 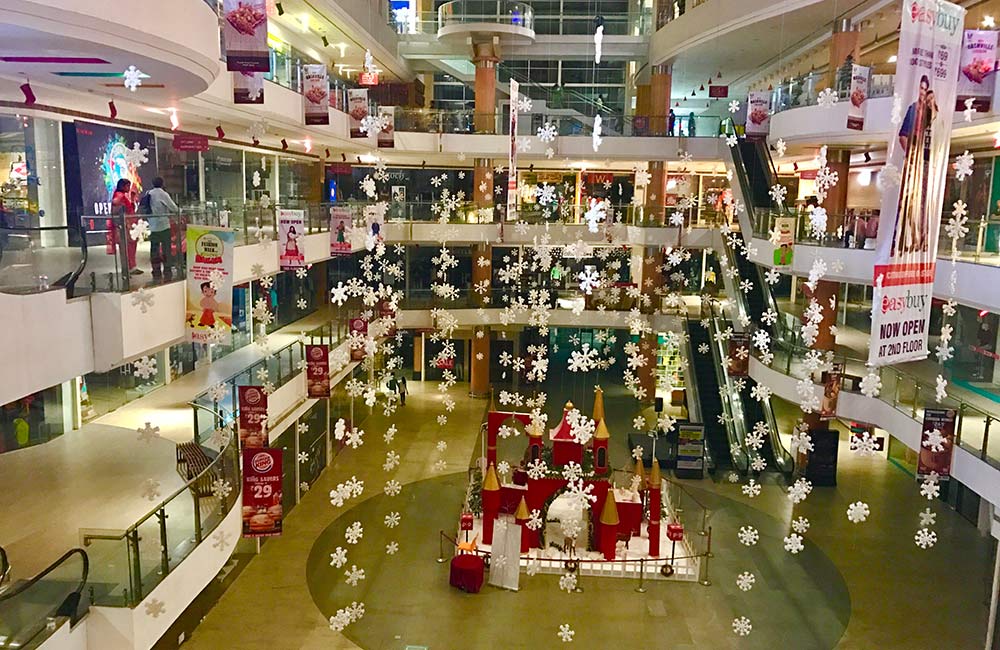 Vijaywada | #6 of 20 Cleanest Cities in India

Declared as one of the cleanest big cities in India, Vijayawada’s win is a testimony to the well-planned urban management practices. No wonder this city attracts a steady flow of tourists from near and far who come to explore places of interest like Sri Durga Malleswara Swamy Varla, Undavalli Caves, Rajiv Gandhi Park and Prakasam Barrage. 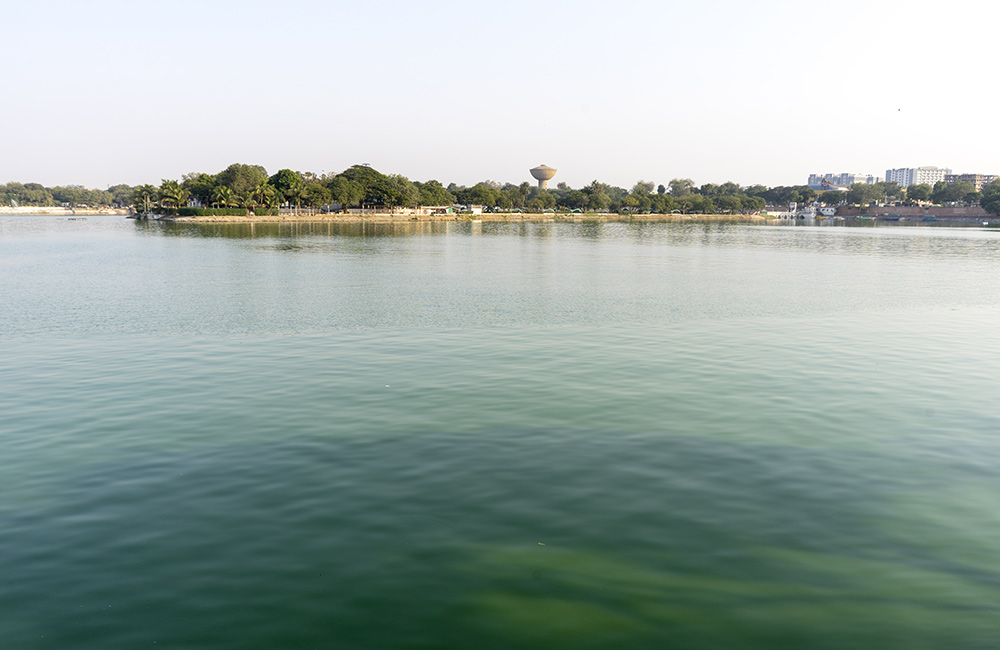 Ahmedabad | #7 of 20 Cleanest Cities in India

Known as the Manchester of India, this clean and thriving city is on the list of the cleanest cities in India due to the effective waste segregation and disposal. You can visit the architectural marvels such as Teen Darwaza and Jhulta Minar, seek blessings at Swaminarayan Temple, ISKCON Temple and Vaishno Devi Temple and spend some peaceful time at Kankaria Lake and AUDA Garden. Sabarmati Ashram, the residence of Mahatma Gandhi and Kasturba Gandhi, is a major attraction here.

These are some good budget hotels in Ahmedabad for those looking for a pocket-friendly stay. 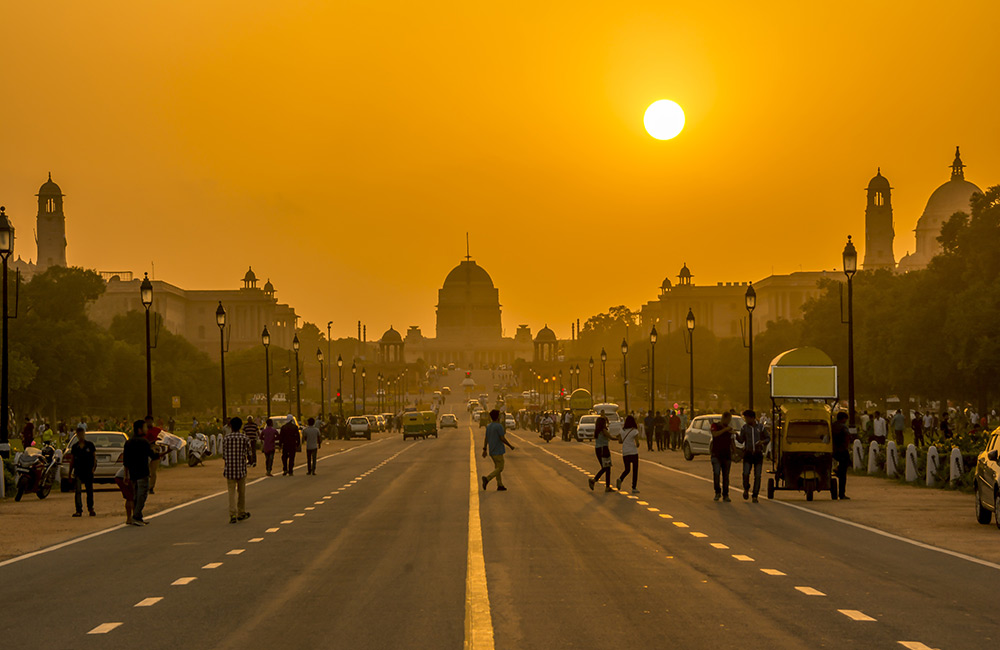 A surprising entry in this list is the capital city of India. Yes, you heard that right, New Delhi is among the top 10 cleanest cities in India. This has been possible because of the relentless efforts of NDMC (New Delhi Municipal Corporation) to curb air pollution. This includes adopting practices like banning firecrackers, limiting construction work, odd-even vehicle rotation schemes, all of which have contributed to checking the air pollution levels in the city. Apart from some must-visit places like Red Fort, Jama Masjid, India Gate, Qutub Minar, Lotus Temple, Akshardham Temple and Delhi Zoo. You can also relish delectable local and international cuisines, explore the flea markets and popular malls, and enjoy Delhi’s vibrant nightlife. 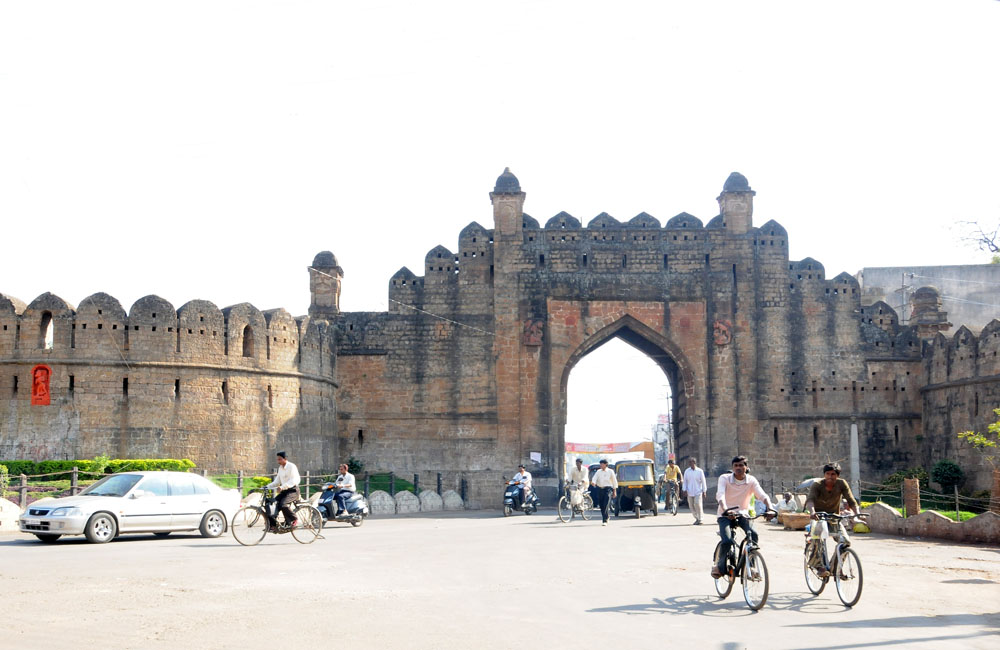 Chandrapur | #9 of 20 Cleanest Cities in India

A municipal corporation in the eastern part of Maharashtra, Chandrapur is another clean city in our country. The city is also a desirable holiday destination among nature and architecture lovers. Some popular attractions in Chandrapur include Shree Mahakali Temple, Jatpura Gate, Pathanpura Gate, Junona Lakes, Tadoba-Andhari National Park, and Bhamragarh Wildlife Sanctuary. 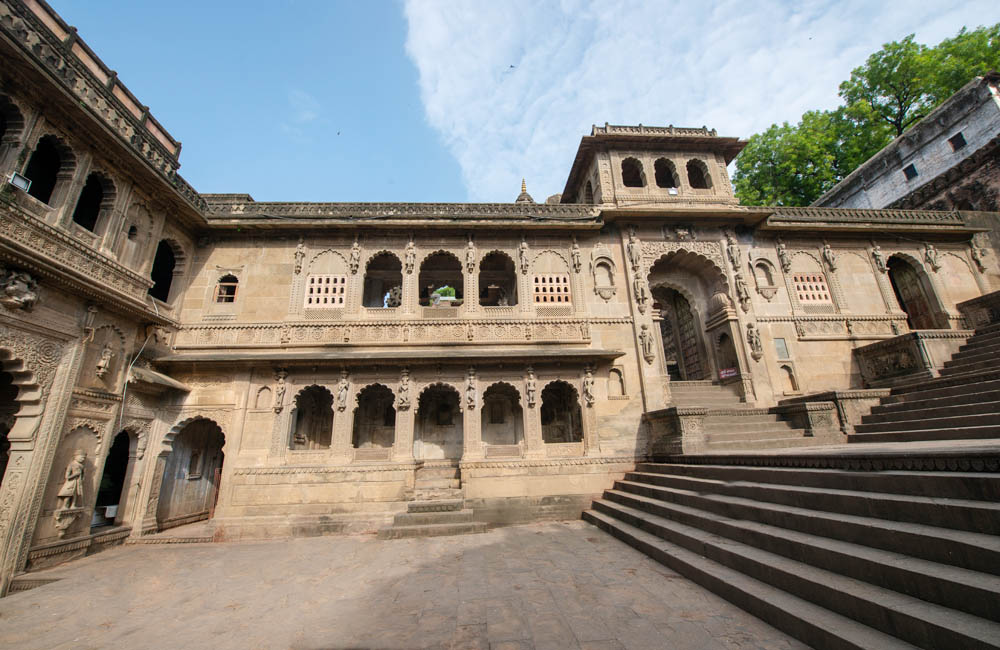 Apart from Indore, Khargone is yet another city from the state of Madhya Pradesh that made it to the list of the cleanest cities in India. This small and beautiful metropolitan is also gaining popularity as a fast-growing tourist destination. From temples and palaces to caves and zoos, you can find many prominent attractions in and around Khargone. The city also houses the Samadhi of Shrimant Bajirao Peshwa. You can also explore the popular Ajanta Caves (196 km away) during your trip to Khargone. 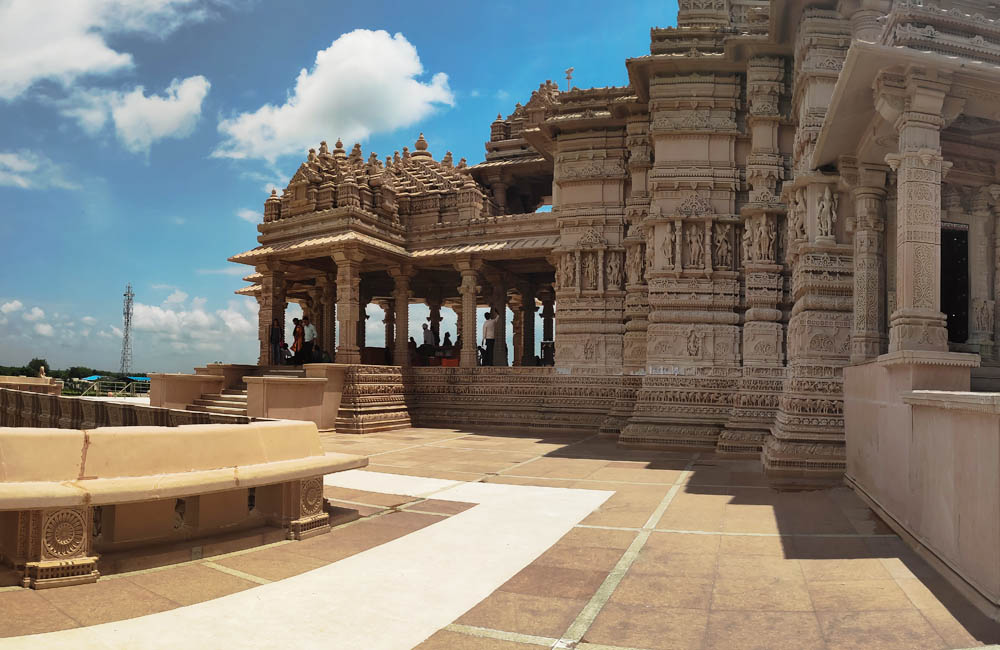 One of the cleanest and fastest-growing cities in India, Rajkot in Gujarat houses many historical landmarks, parks, gardens, museums and temples. Mahatma Gandhi Museum is a popular attraction here. Devotees can pay their respects at ISKCON Temple and BAPS Shri Swaminarayan Mandir, while nature lovers can spend quality time at Ishwariya Park, Randarda Lake and Aji Dam. If you are looking for some fun time, you can visit Green Leaf Water World and Fun World in Rajkot. 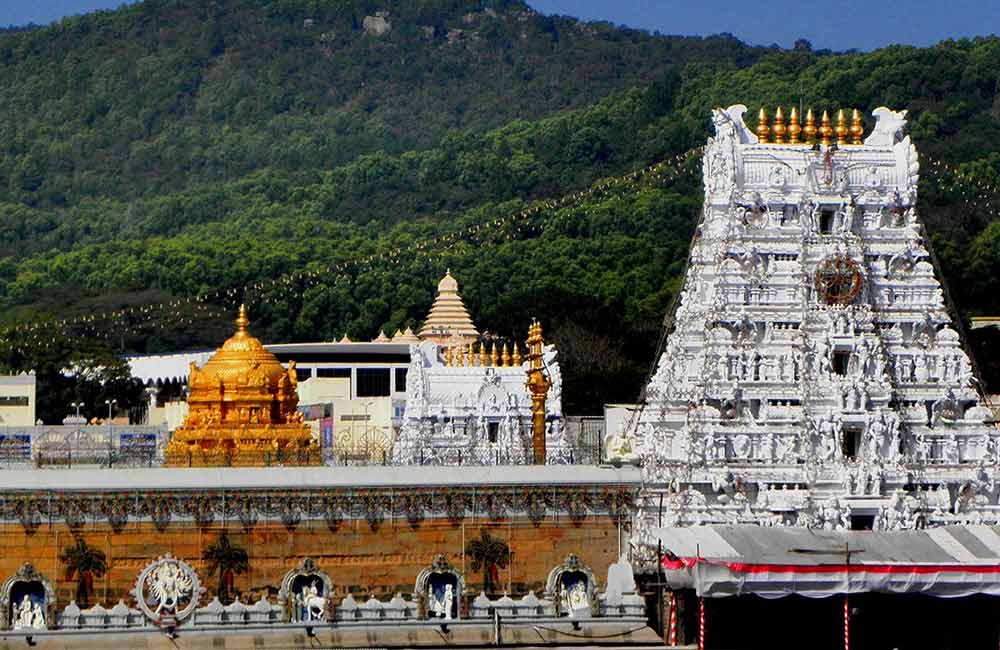 Abode of Lord Balaji, Tirupati ranked 12th in the Swachh Survekshan list of 2020 and is a sure-shot contender for the cleanest city in India – 2021. This ancient town attracts many devotees of Lord Shri Venkateshwara Swamy or Tirupati Balaji year-round. Apart from the temple, Chandragiri Fort, Shri Venkateshwara Zoological Park, ISKCON Temple, Shri Padmavathi Ammavari Temple, Shri Govindaraja Swamy Temple and Talakona Waterfalls are some popular places to visit in Tirupati. 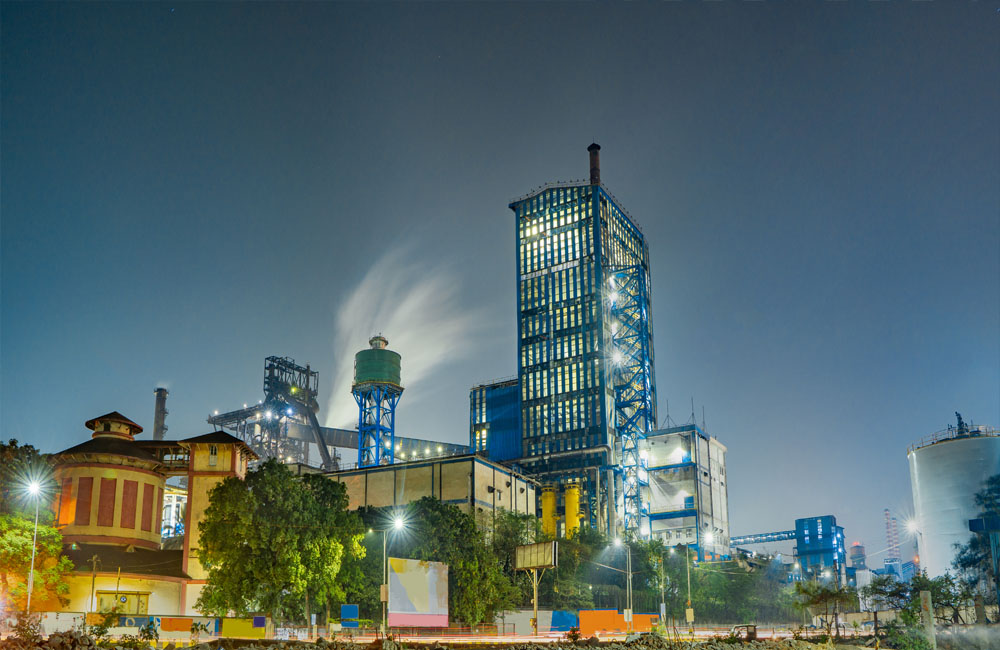 Jamshedpur | #13 of 20 Cleanest Cities in India 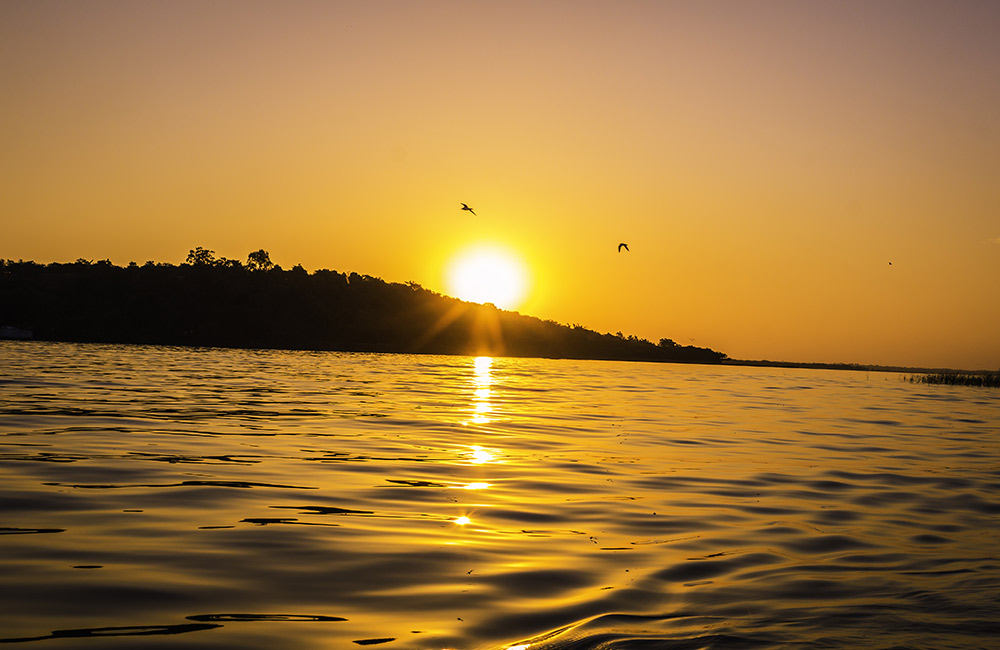 Gandhinagar | #15 of 20 Cleanest Cities in India

Lying on the banks of the Sabarmati River, Gandhinagar is known for its clean surroundings and serene atmosphere. The city also houses a host of memorable attractions for different types of tourists. You can pay your respects at Akshardham Temple and Trimandir, admire the architecture of Adalaj Step Well, spend some peaceful time amidst nature at Children’s Park, Sarita Udyan and Indroda Nature Park, and engage in thrilling activities at Swapna Srushti Water Park. 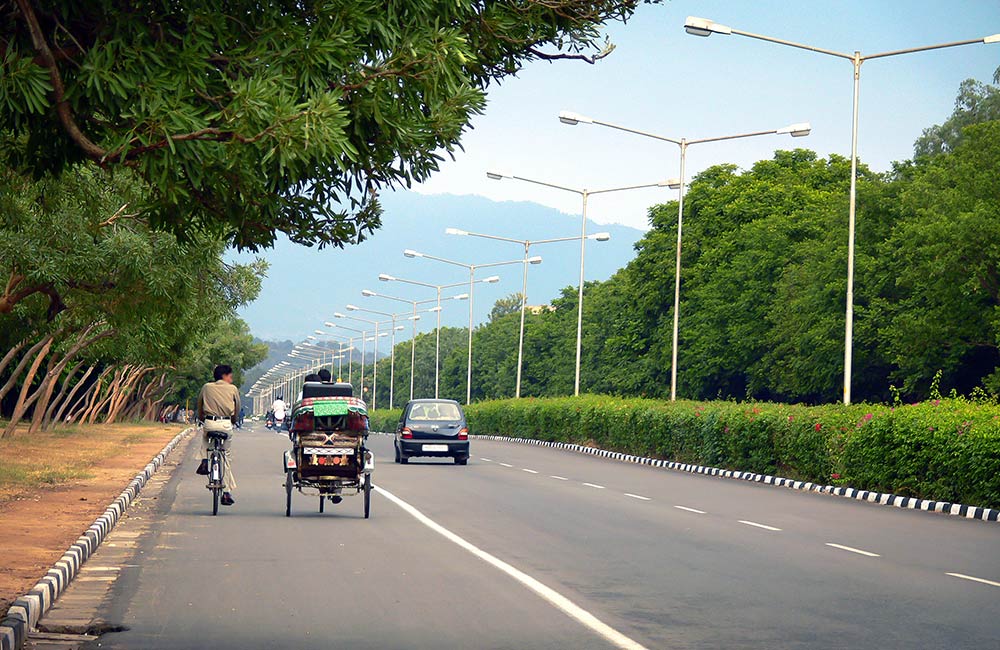 Chandigarh | #16 of 20 Cleanest Cities in India

The planned city of Chandigarh undoubtedly is one of the cleanest cities in the country. Easy availability of clean public utilities, planned garbage disposal mechanism, and spick and span streets are the reasons for this accolade. Rock Garden, Sukhna Lake, ISKCON Chandigarh and Government Museum and Art Gallery are some places of interest in this city.

Those reaching by flight can book their stay in one of the hotels near Chandigarh International Airport. 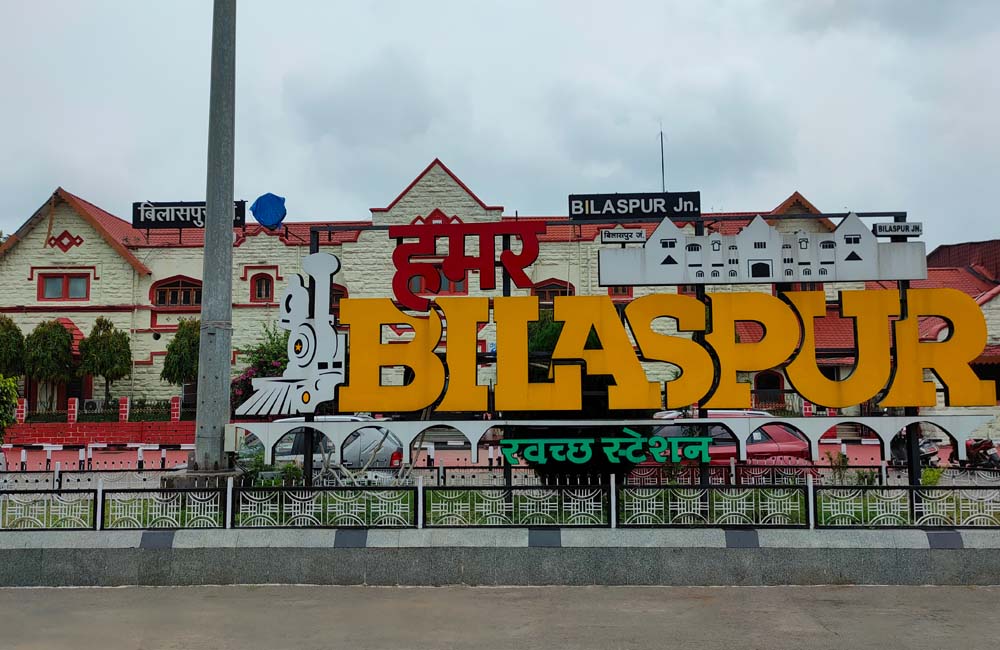 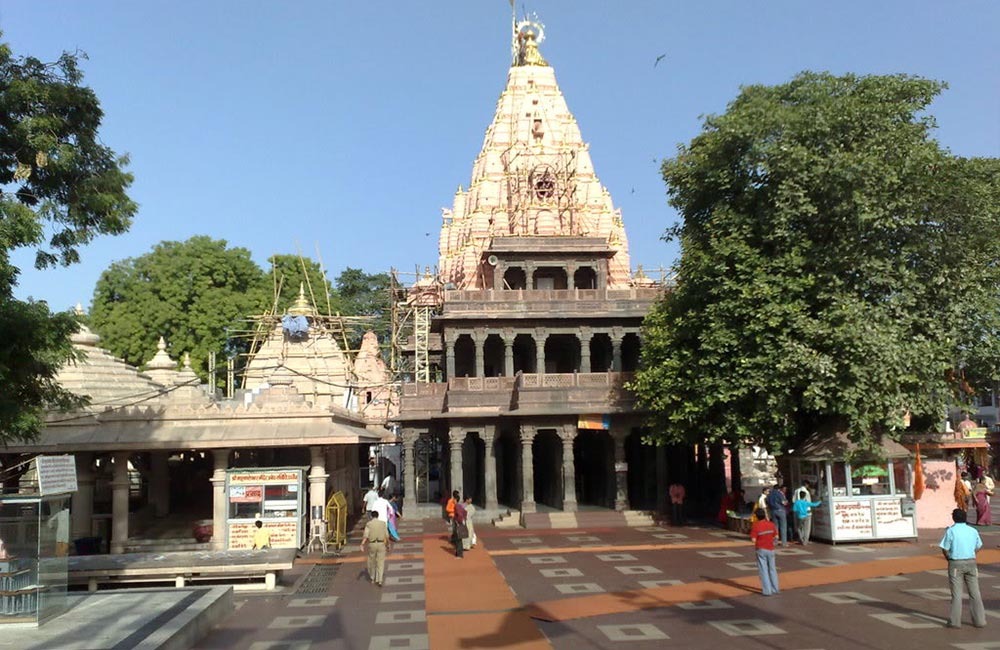 Public awareness initiatives and proper waste management have helped Ujjain secure a spot in the list of cleanest cities in India. Situated on the banks of the Shipra River, Ujjain is a popular destination among pilgrims and tourists. It is also among the four main sites where the religious festival Kumbh Mela is held once every 12 years. Ujjain is dotted with temples; there are over 100 temples in the city. Mahakaleshwar Jyotirlinga, Kal Bhairava Temple, Ram Mandir Ghat, Kaliadeh Palace, Bhartrihari Caves and WWF Water Park and Resort are some of the many popular attractions here. 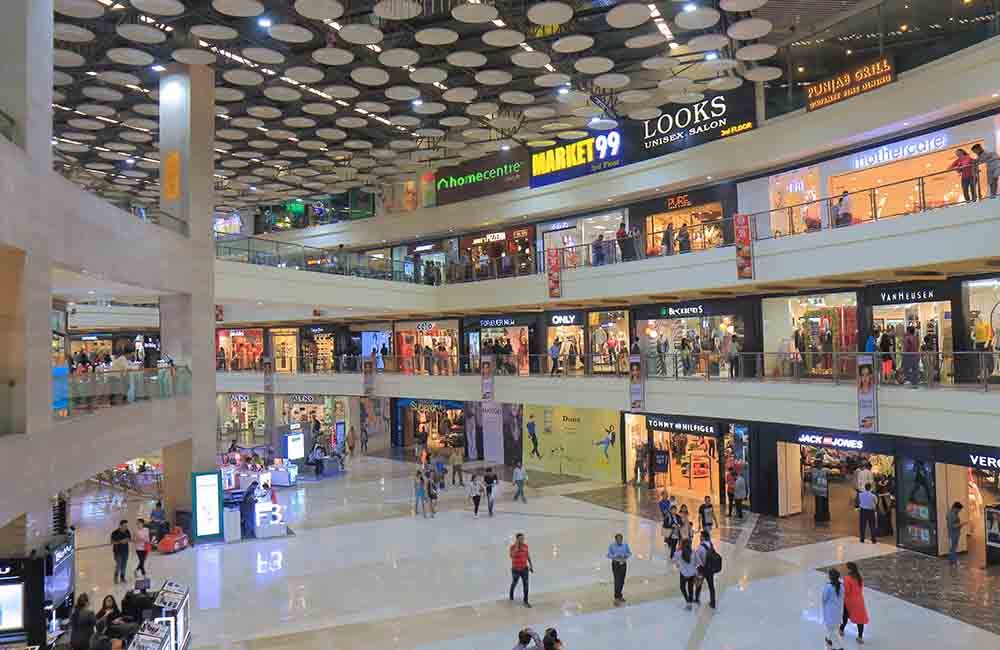 This popular ancient city is also one of the cleanest in the country. Nashik was the abode of Lord Rama during his 14 years of exile. The famous Kalaram Temple is a must-visit for Lord Rama devotees. The religious festival – Kumbh Mela – is also celebrated in Nashik with great fervour. With many vineyards and wineries located here, the city is also known as the “Wine Capital of India”. Trimbakeshwar Temple, Sula Vineyards, Dudhsagar Waterfalls, Pandav Leni Caves, and Coin Museum are some must-visit attractions here.

When tourists visit these 20 cleanest cities in India, they leave a good impression. This definitely helps in spreading the word, hence attracting more tourists and boosting local tourism. Have you been to any of these clean cities? If yes, share your experience with us in the comments. If no, what are you waiting for?