9 Places To Visit In Pushkar

Pushkar in Rajasthan is cupped between hills on three sides and sand dunes on the remaining side. An ancient town that hums its own rhythm, the place is about religion, heritage, culture, and warmth rolled into one panoramic landscape. Standing by the magnificent Pushkar Lake, the town is unlike any other tourist destination you may come across in India and yet it hits the right notes as a traveler’s paradise. There are many things to indulge in and explore in this majestic town. Read further to know about the best places to visit in Pushkar on your trip.

Places to visit in Pushkar: 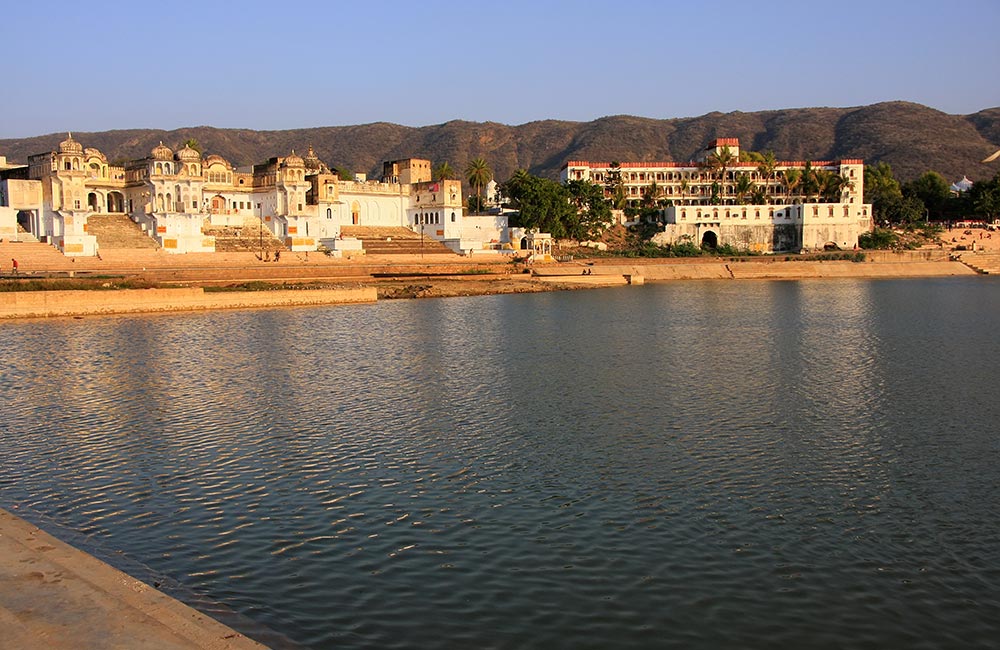 Pushkar Lake | #1 of 9 Best Places to visit in Pushkar

With more than 52 bathing ghats dotting its perimeter, Pushkar Lake stands as the most prominent and magnificent landmark of this town. Legend has it that the lake was created when Brahma (the creator of the universe as per the Hindu scriptures) dropped a lotus at this spot. As such, it is a sacred water body for Hindus, who come from afar to take a dip in it and get purged of their sins and cured of skin diseases. You can find mention of this lake in coins belonging to the 4th-century BC. The lake is home to various species of fish and other aquatic life. Over 500 big and small milky-blue temples surround the lake and present a sight to behold. If you are interested in photography, the captivating lake offers a wonderful background to capture some incredible shots. 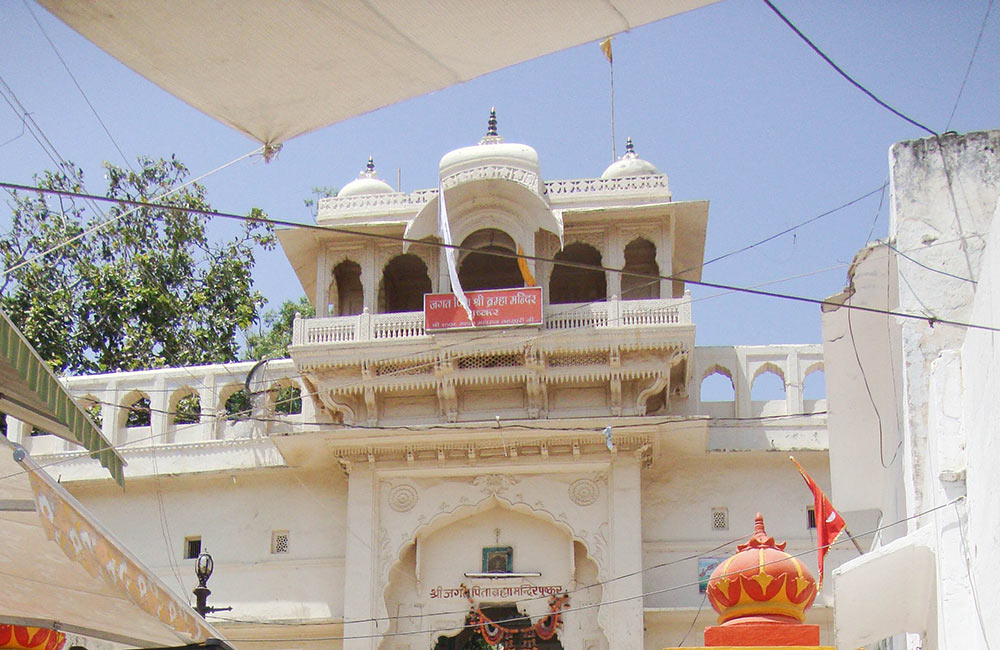 Brahma Temple | #2 of 9 Best Places to visit in Pushkar

Located close to the Pushkar Lake is the Brahma Temple, one of the most visited shrines of the town. It is one of the few temples in the world that are dedicated to Lord Brahma. The 14th-century temple features a distinct pinnacle in red and a lovely motif of a hamsa bird. An idol of a four-headed Brahma resides inside the temple, accompanied by his consort Gayatri. The impressive architecture of this worship place makes it worth your time.

One of the oldest shrines in Pushkar, the Varah Temple was built in the 12th century. After Mughal Emperor Aurangzeb destroyed the temple, it was rebuilt by Raja Sawai Man Singh II in the 18th century. The shrine is dedicated to Varaha, Lord Vishnu’s incarnation as a wild boar. Today the temple stands as a fine testament to the architectural magnificence of the bygone era. The flawless structural beauty makes it a one-of-a-kind attraction that is rarely missed by tourists and pilgrims alike.

Considered to be the largest and the most luxurious royal residence built in the town, the Man Mahal is one of Pushkar’s major tourist attractions. It was constructed by Raja Man Singh-I as a guest house. Situated adjacent to the Pushkar Lake, the palace offers a breath-taking view of the lake and the temples surrounding it. Today, the palace functions as a heritage hotel. If you can’t afford a stay in this royal residence, you can always take a walk up to it and take a look at its exemplary architecture. 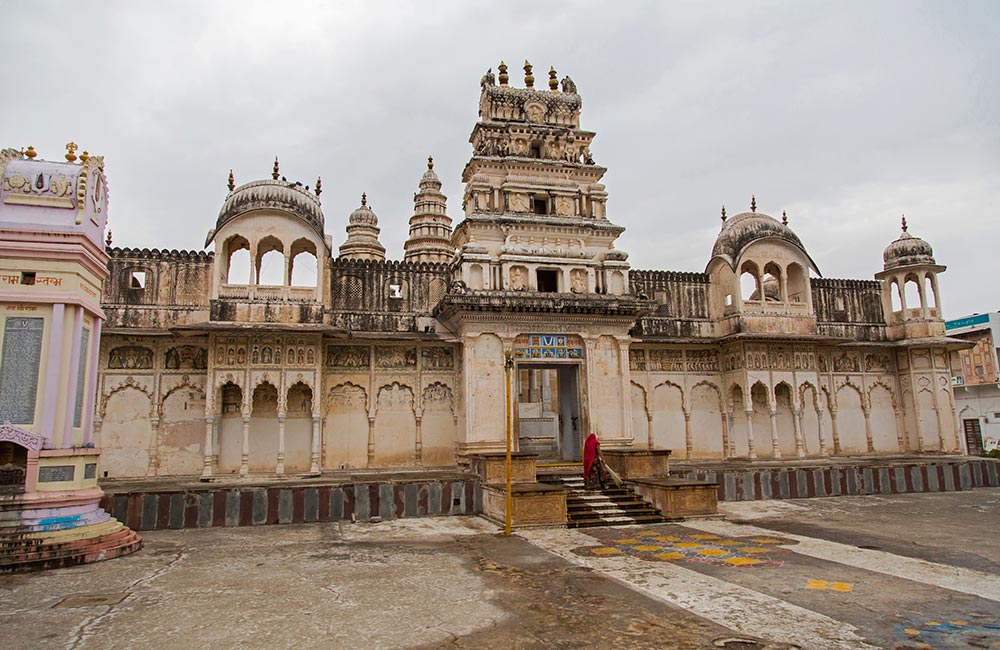 Rangji Temple | #5 of 9 Best Places to visit in Pushkar

A unique feature of the Ranji Temple is that it exhibits South Indian architectural style, which is not common in Pushkar. But the grandeur of the temple is unmistakable. This popular place of worship is dedicated to Lord Rangii, an incarnation of Lord Vishnu. The temple dates back to 1823 and is considered to be among the new temples of Pushkar. 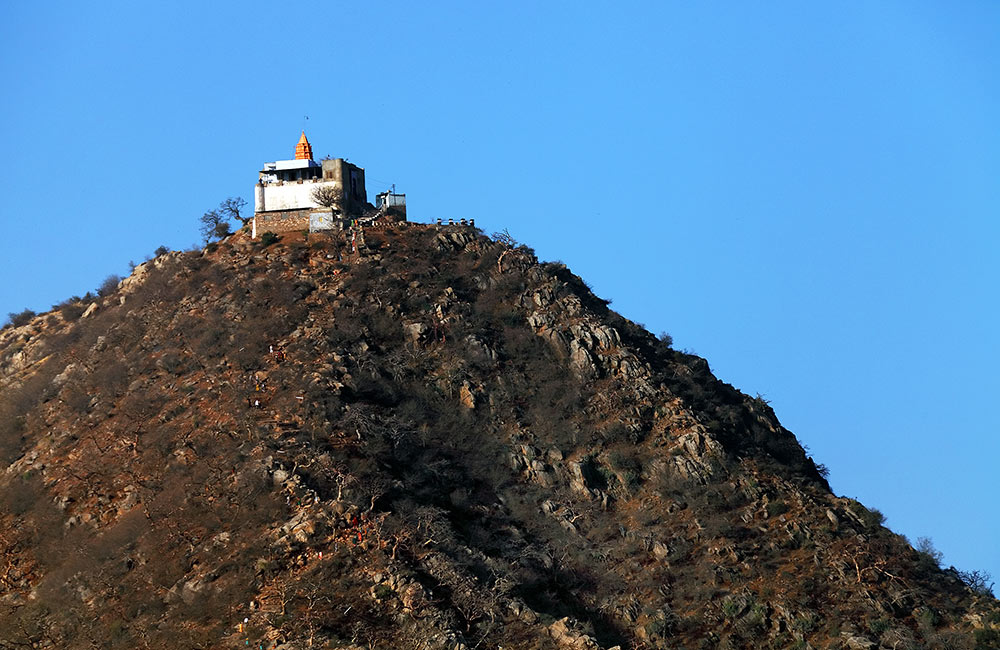 Savitri Temple | #6 of 9 Best Places to visit in Pushkar

Standing atop the Ratnagiri Hill, Savitri Temple has an interesting legend that draws pilgrims to it. It is said that the temple is built at the spot where Goddess Savitri had once come and rested after being upset over her husband for marrying another woman. If you make the effort of trekking to the temple, you will be rewarded with magnificent sights of the surrounding areas, including the Pushkar Lake and the vast Thar Desert.

The temple town of Pushkar was visited by Guru Nanak Sahib and Guru Gobind Singh in 1509 and 1706, respectively. Gurudwara Singh Sabha commemorates the place of Guru Nanak Sahib’s visit. Gobind Ghat, now renamed as Gandhi Ghat, marks the spot where the last Sikh Guru had stayed during his visit.

If you are looking for places to visit in Pushkar and Ajmer, you must not miss out on Naga Pahar, a hill that stands as the divider between Pushkar and Ajmer. If local legends are to be believed, the hill was once of a colossal height. But with time, its height began to diminish. The prevalent belief is that one day, the hill will completely disappear. Whether you believe in this or not, you won’t regret making a trip to the top of this mound. The fascinating view from the top will leave you mesmerized for sure! No wonder, photographers often make it a point to capture stunning views of the town below from this hill. 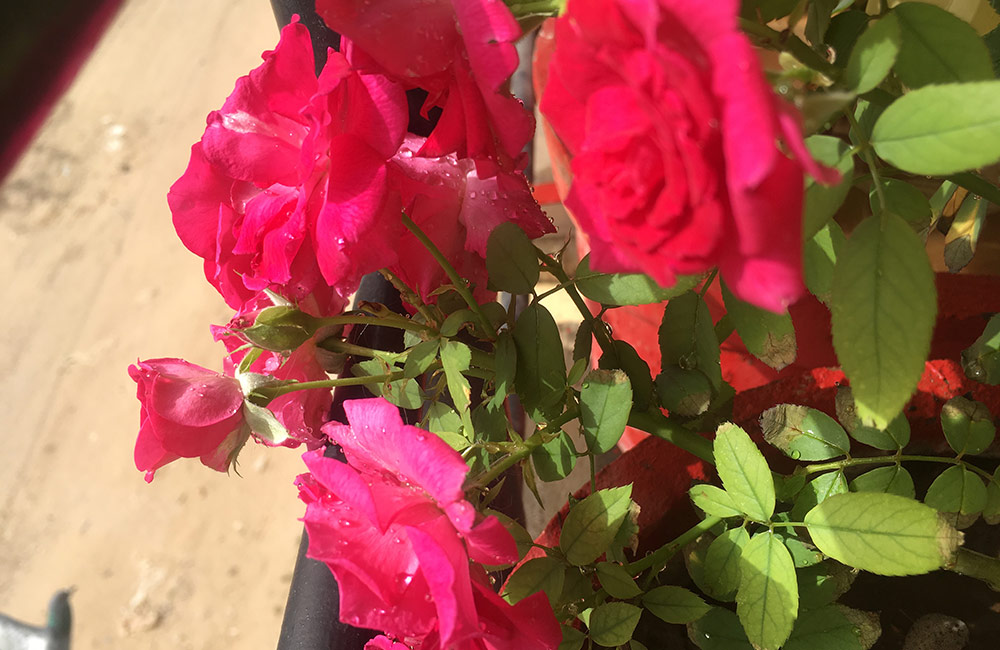 Rose Garden | #9 of 9 Best Places to visit in Pushkar

Pushkar is often referred to as the Rose Garden of Rajasthan due to the rose farming done there. You can take some time off and pay a visit to one of the rose farms and watch the lovely flowers in bloom. It will be a delight to take a look at the various varieties of rose plants filling up acres of farmland and spreading their fragrance. Roses from Pushkar are exported all over the world and they are enticing enough to make you want to spend some time in their company.

Q: What is Pushkar famous for?

A: The holy town of Pushkar is known for being home to one of the few existing temples dedicated to Hindu creator-God Lord Brahma in the whole world. Pushkar Fair held every year in the month of November is also quite popular among people from far and wide.

Q: What are the highlights of Pushkar Fair?

A: The grand Pushkar Mela is a kaleidoscope of cultural activities and musical events. Artists from across the globe are invited to perform at the fair and showcase their skills to a huge crowd of attendees.

Q: How to reach Pushkar?

A: The nearest air gateway to Pushkar is Jaipur International Airport (151 km). Those coming by train can get down at Ajmer Junction (14 km) and take the 30-minute bus/cab drive to Pushkar. Direct buses are also available for Pushkar from different parts of Rajasthan and Gujarat.

Q: What are the different things to do in Pushkar?

A: Take a camel safari, go for a heritage walk, camp in the desert, walk down the lanes of the city at night, spend some leisurely time at one of the ghats and don't forget to attend the Pushkar Mela if you're visiting the city in November.

Q: Which are the most popular attractions in Pushkar?

A: Pushkar Lake and the revered Brahma Temple are the must-visit tourist places in Pushkar that must certainly be included in your itinerary, even if you're in town for just a few hours.