Famous Temples in and around Chandigarh

In this day and age, temples help in keeping the culture and tradition intact. This is exactly what the beautiful temples in Chandigarh do – they help people, especially millennials, stay connected with their religion. Almost every sector in the city has a temple that is frequented by people living in the locality. Moreover, there are many popular temples near Chandigarh as well that see heavy footfall all year round. Understandably, it is not possible to explore all the religious landmarks; hence, here is a list of famous temples in and around Chandigarh.

Temples in and around Chandigarh: 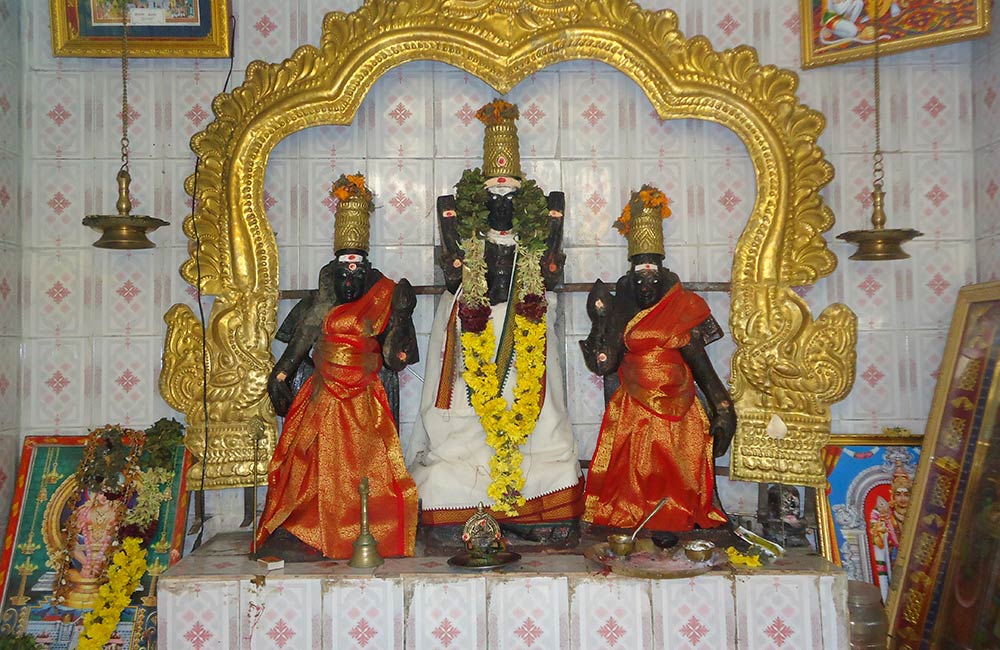 Sri Karthikeya Swamy Temple is one of the most revered temples in the city. Built by Tamils, this beautifully carved Dravidian-style temple features a gopuram that is a mix of Chola and Pallava architecture. In the 1980s, when Punjab was facing militancy issues, Tamils felt that only Lord Murugan – the evil-fighting warrior God – could protect them from any adversity. They installed a small vel (spear) here on a pedestal and started worshipping it. Soon, their prayers were answered and the entire region was free of militants by 1990.

Thereafter, a full-fledged shrine with beautiful idols of Lord Karthikeya and other deities was built on the site, and a grand consecration ceremony was performed in 1992. 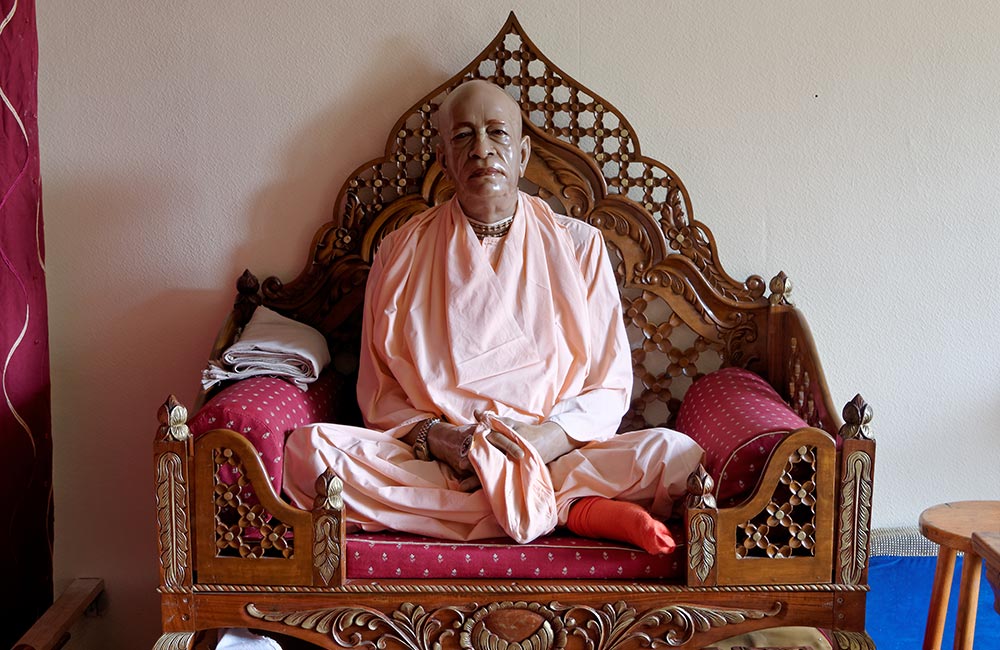 ISKCON Temple | #2 of 8 Temples in Chandigarh

The International Society for Krishna Consciousness (ISKCON) in Chandigarh is a prominent religious centre. This temple was built according to the desire of A.C. Bhaktivedanta Swami Prabhupada (Srila Prabhupada). He wanted to establish a Vedic educational institute in the city where people could practice Krishna Consciousness as per Bhagavad Gita to lead happy and peaceful lives. Thus, the ISKCON Temple along with a Vedic institute was established in Chandigarh in 1979.

Devotees can pay obeisance to Shri Radha Madhav here during fixed darshan timings, daily. Lectures, aartis, kirtans and bhajans are organised on a regular basis here while on Sundays, devotees participate in chanting, dancing and feasting. 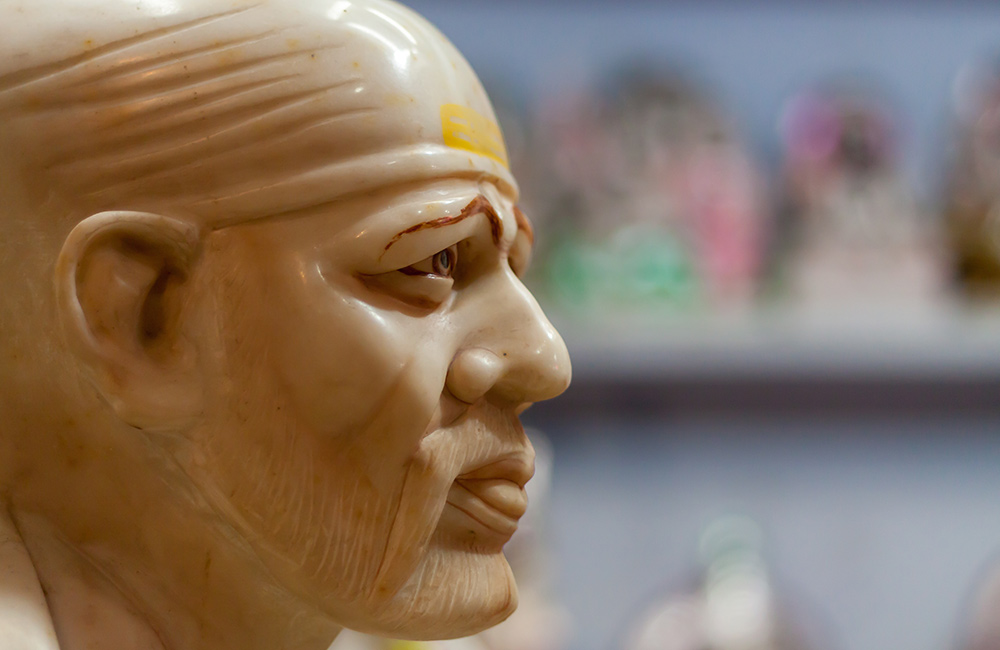 Shirdi Sai Baba Temple is one of the most famous religious sites in Chandigarh. The beautiful white statue of Sai Baba installed here was first brought from Jaipur and thereafter, taken to Shirdi for pooja and due worship. Subsequently, it was brought back to Chandigarh, where the Swaroop Sthapna ceremony was performed in 1995. Since then, the temple has gained prominence and is visited by innumerable devotees every day, especially on Thursdays. Read also – Places to Visit in Chandigarh

Four aartis – Kakad, Madhyann, Dhoop and Shayan – are performed at the temple every day while on Thursdays, the procession of Baba’s Palki is also organised at 7.45 pm.

Sri Sidh Baba Balak Nath Sewa Mandal, set up in 1971, is responsible for the construction of this temple. They also opened an Ayurvedic dispensary and a charitable laboratory on the temple premises to serve those in need. There is also a 5-storey Sarai Bhawan (guest house) within the temple complex.

Jayanti Devi Temple is a historic temple believed to have been constructed by the Pandavas for worshipping Jainti Devi – the Goddess of Victory. Local lore also suggests that the temple is around 550 years old and was constructed by the King of Hathnaur for one of his brother’s bride – the princess of Kangra. She was an ardent devotee of Jainti Devi and brought an idol of the Goddess along with her after marriage. So the king built the temple for the Goddess on a hillock, overlooking the entire village of Jayanti Majri on the outskirts of Chandigarh. 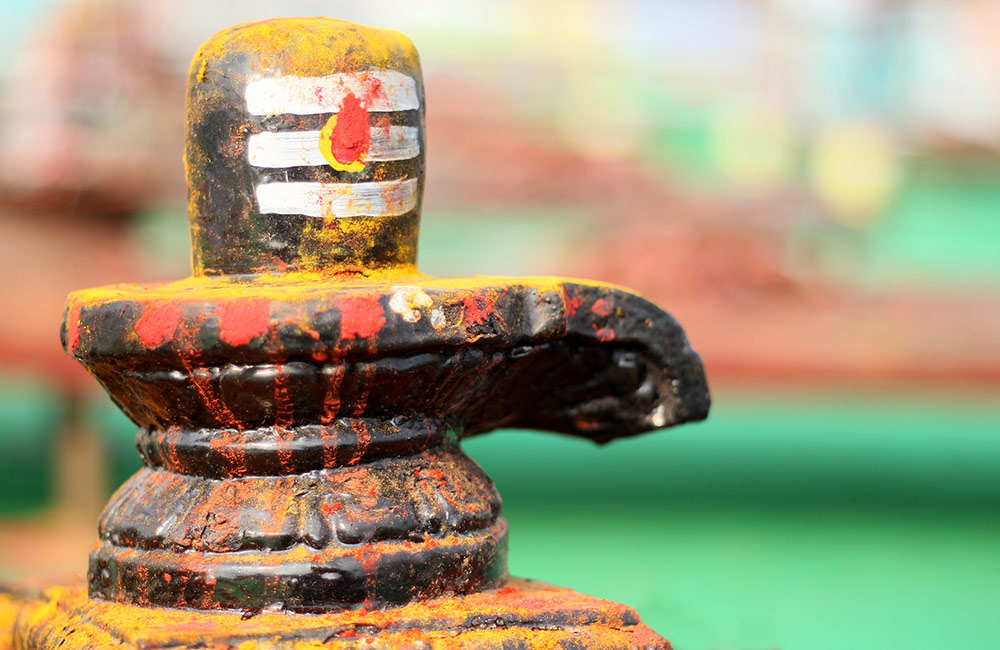 Shiva Temple, situated in the village of Saketri in Panchkula, is an ancient religious site which is believed to have been in existence since the time of the Pandavas. The campus has a total of seven temples dedicated to various Gods and Goddesses, Lord Shiva being the presiding deity. The temple sees heavy footfall throughout the day with devotees coming from far off places.

The festival of Shivratri is celebrated with immense fervour and enthusiasm here, attracting thousands of devotees. The aura of this temple is such that it demands absolute submission. The temple is just 5 km from the revered Mansa Devi Temple in Panchkula. 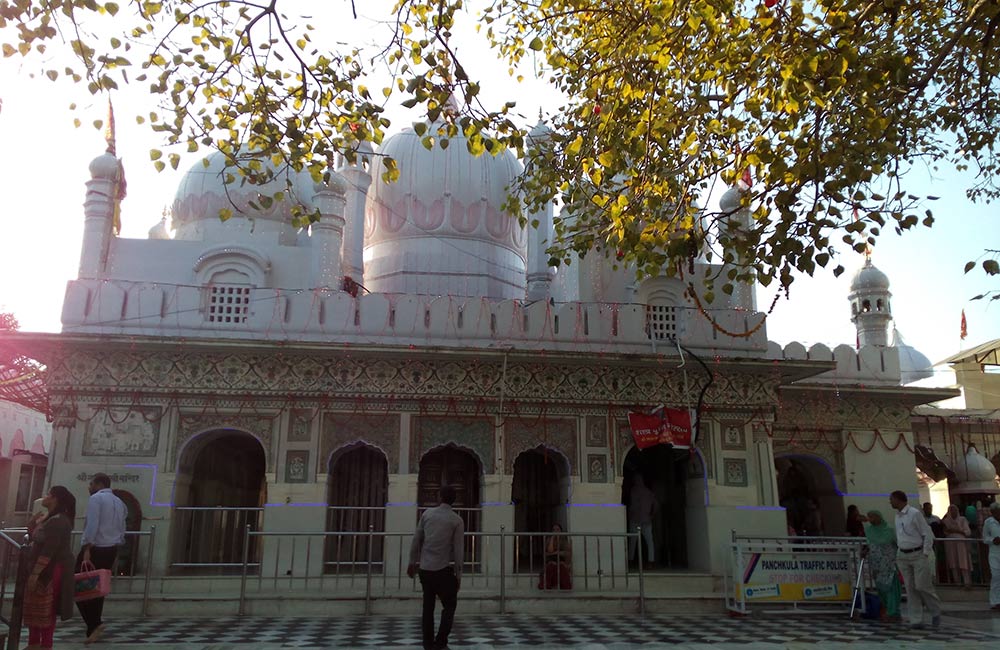 Shri Mata Mansa Devi Temple is a magnificent temple complex in the foothills of the Shivalik mountain range, around half an hour drive away from Chandigarh. Dedicated to Mansa Devi or Goddess Shakti, this temple was built by Maharaja Gopal Singh of Mani Majra. Read also about Museums in Chandigarh

The revered site is associated with many legends and myths, one of the most popular beliefs being that it is constructed on the site where a part of Sati Mata’s forehead fell. This is the reason why it was earlier known as Mata Sati Temple.

One of the renowned Shakti temples in North India, Mansa Devi Temple is visited by lakhs of devotees year-round, especially during Navratras. Devotees tie a sacred thread around the holy tree in the temple complex with the belief that all their prayers will be answered.

The ancient Shri Mata Chandi Devi Temple is one of the most revered places in the region. This religious landmark in Panchkula is dedicated to Chandi Devi, the Goddess of Power. The shrine is believed to be associated with the Pandavas, according to popular legends.

Though devotees visit this temple in large numbers regularly, the count increases manifold during the festival of Navratras. Above and beyond, the city of Chandigarh derives its name from this temple: Chandi refers to the Goddess and Garh refers to a fort, or simply put – ‘the stronghold of Chandi Devi’.

After paying obeisance to deities at these temples in and around the City Beautiful, tourists can plan a visit to any of the popular weekend getaways from Chandigarh that are barely a few hours’ drive from the city.