4 Haunted Places in Jaipur and Nearby Region – Get Your Spook On!

Budget Hotels > Travel Blog > Destinations > Jaipur > 4 Haunted Places in Jaipur and Nearby Region – Get Your Spook On!

Jaipur, the Pink City, is a tourist magnet, both because it has loads of palaces and forts and also as it is a part of the Golden Triangle tour. There are numerous culturally and historically significant places to visit in Jaipur. Tourists of every ilk and preference are sure to find what they are looking for in the city. It has places that will bring you tranquility, joy, and in some cases, nightmares. Yes, you read it correctly! Apart from the magnificent palaces and temples in Jaipur, the city has places that are considered to be haunted. While some tourists would want to stay away from such places, you cannot deny the allure of being spooked. So, here are some of the most haunted places in Jaipur and nearby areas.

Most Haunted Places in Jaipur:

Whenever you visit Jaipur, a lot of places will be suggested to you as a ‘must visit’. You might have noticed that haunted places are never included in the list of places to visit. However, the four spots mentioned below may fit the ‘must visit’ description if you have a thing for the freaky and the creepy; they generally are accompanied by a warning. 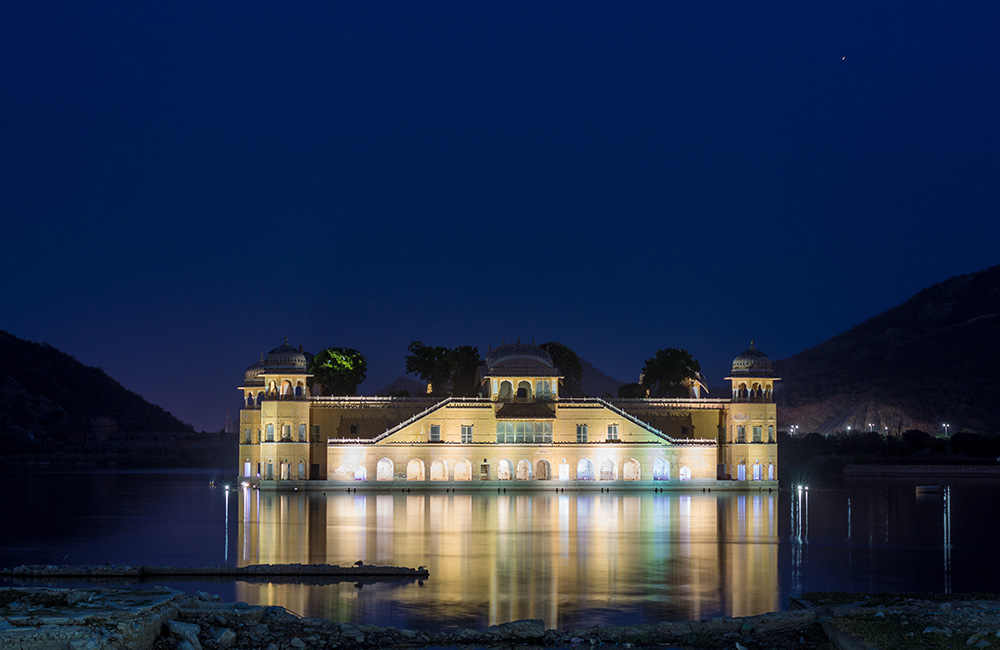 Jal Mahal | Among The Most Haunted Places in Jaipur

Jal Mahal is one of the most interesting and majestic palaces in the nation. It is considered an architectural marvel that makes visitors fill with awe. Built in the 18th century by Maharaja Jai Singh II, it is in the middle of Man Sagar Lake. It was built as a hunting lodge, but the five-storey palace is now partly submerged in the lake. Only the top floor of the palace is visible while four storeys lay submerged below the water level. The top floor of the ‘mahal’ showcases fine Rajput architectural style. However, despite being such a magnificent place with such a fine view that would suggest serenity, Jal Mahal has had numerous spooky episodes. People often claim to hear screams from within the palace. There are no stories or legends that specify the source of the terror-inducing screams heard from the palace, but it has led to locals avoiding it after sunset.

Popular Horror Story of Jal Mahal: A local claimed to have not only heard screams from the palace, but also seen something move as well. 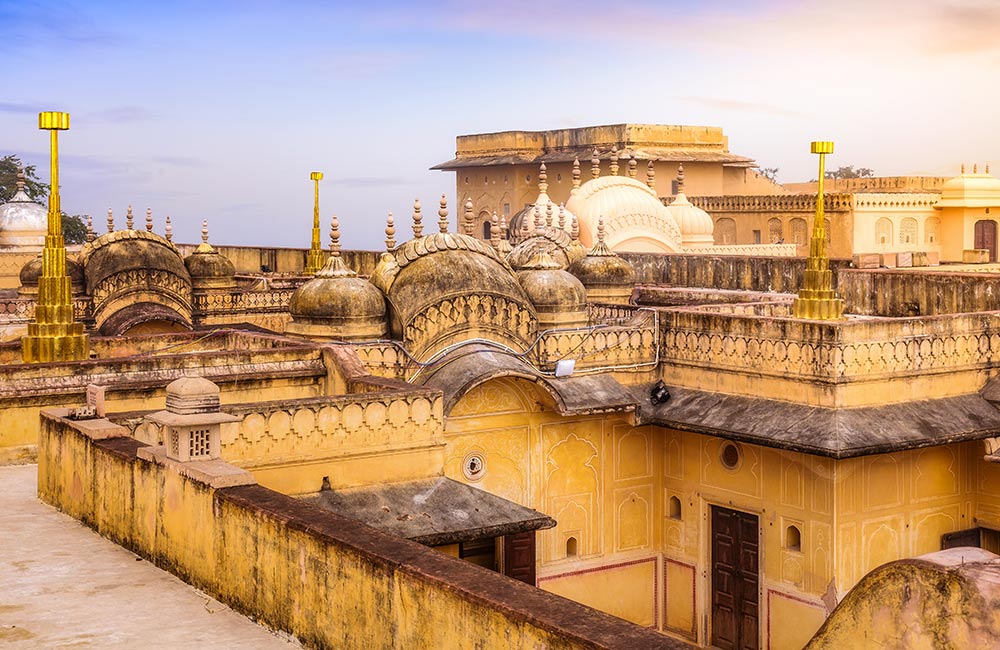 Nahargarh Fort | Among The Most Haunted Places in Jaipur

There are numerous forts in Jaipur, and all of these are famous throughout India. Nahargarh Fort tops the list of the ‘must see’ places and also the most haunted places in Jaipur. The palace, built on the edge of Aravalli Hills, offers a breathtaking view of the Pink City. The original name of the fort was Sudarshangarh, but it late came to be known as Nahargarh. There are two theories behind the change of name. The first theory suggests that Nahargarh means ‘abode of tigers’, while the second one suggests that the fort is named after Nahar Singh Bhomia, a Rathore prince. Nahargarh Fort was built by Maharaja Sawai Jai Singh in 1734 as a retreat. During the excavation for the fort’s construction, it is claimed that the spirit of Nahar Singh Bhomia was hurt, disturbed and disrespected. Thus, as per what the locals believe, his spirit started haunting the palace. The king decided to change the name of the fort to assuage the spirit and also built a temple to his name, but to this day, it is said that his spirit has not got any rest.

Popular Horror Story of Nahargarh Fort: The legends have increased after another eerie incident happened sometime back. An engineer who was leading the renovations of the fort was found dead in a dumbfounding situation. Locals suggest that Nahar Singh Bhomia was displeased with the renovation work, which is why he eliminated the engineer in-charge. 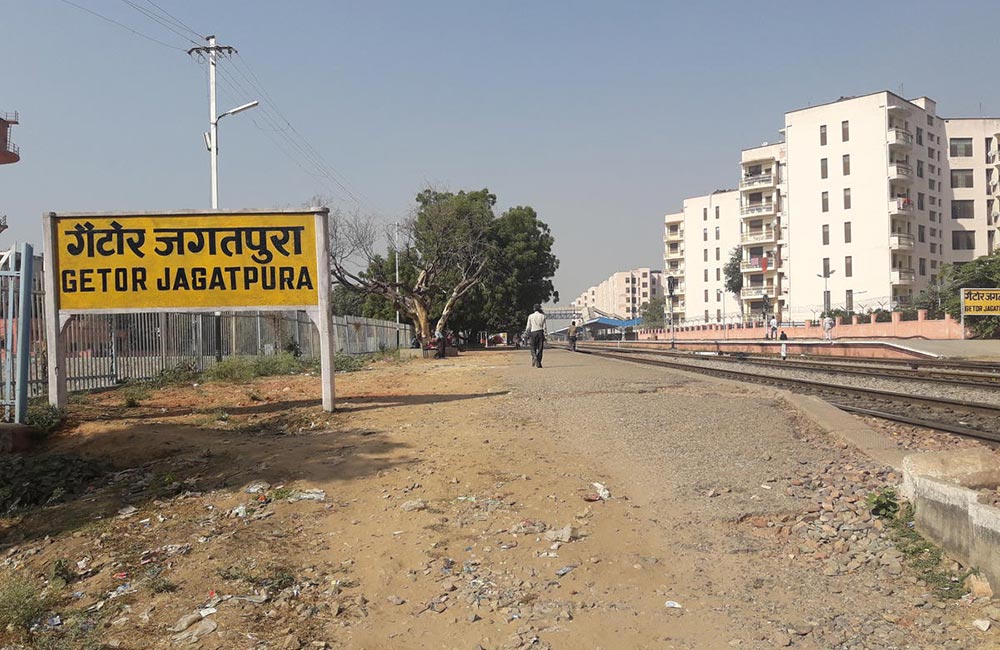 Jagatpura | Among The Most Haunted Places in Jaipur

Jagatpura is not a fort, palace, secluded ghost town or a tourist spot; in fact, it is a populated residential area in Jaipur. However, it is a place that has supposedly been host to numerous spooky events that are enough to give anyone nightmares. People have reported many instances that seem right out of a horror novel, but residents stand by what they saw. There have been sightings of witches in white dresses on the roads. The description of the witches includes long white hair hanging loosely over their faces along with loud crackling laughter, sudden screams, and things disappearing and appearing out of nowhere on their own. Due to such incidents, residents of Jagatpura avoid getting out after sunset. Locals even stay away from some residential places in Jagatpura that are claimed to be some of the most haunted houses in Jaipur.

Popular Horror Story of Jagatpura: There are many stories, in which the residents have claimed to see witches laughing and walking on the streets of Jagatpura. All these stories make Jagatpura a very odd place to take a night-time stroll. If you are in the search of a scary house in Jaipur, then Jagatpura should be at the top of your list.

Delhi-Jaipur Highway | Among The Most Haunted Places in Jaipur

Roads can be fun and exciting for many, and scary for some. Some people would hate the idea of walking or riding down an empty road during the dark. Delhi-Jaipur Highway is no different than other highways in almost every way. However, the most striking and interesting fact, depending on whether or not you like scary things, is that the road is supposed to be haunted. Just eight kilometers outside the city, people have claimed to see the ghost of a woman wearing a red saree, with anklets and bangles. Legend claims that a woman was trying to ask for help on the highway. Her 5-day-old girl was getting married to a 3-year-old boy. It is claimed that the woman and her infant daughter were hit and killed instantly by a tourist vehicle.

Popular Horror Story of Delhi-Jaipur Highway: A group of friends encountered the ghost carrying a baby girl in her arms. The friends claim that the ghost guided them out of the village and sat at the back seat of their car. Casper would probably be the only other ghost ever who was this friendly and helpful.

Considering that you are taking the road, read our blog on the best Dhabas and Restaurants to Stop by on Delhi-Jaipur Highway

Wait just a second…hold your horses till we tell you that none of these places compare to Bhangarh Fort, which is unanimously considered one of the most haunted places in India! And, it lies in the Alwar district that is on the Jaipur-Delhi Highway, so you can always stop here while on the road.

There are many scary stories that are claimed by people, but most of these are, well, just stories. Legends spring about when a trick of light leads to someone thinking they saw something or when wind howls are mistaken for screams of people. We neither encourage nor discourage anyone from visiting any of the abovementioned places. In spite of all the supernatural stories and legends, Jaipur is a lovely city and a popular tourist destination. There are some intriguing museums in Jaipur that offer a window into the regal past and rich culture of not only Jaipur, but Rajasthan as a whole.

If you are planning a trip and want to know about the best time to visit Jaipur, then let us tell you that any time is the best time. And, should you have to come here in summers, here is our blog on the top water parks in Jaipur where you can cool off.