Chennai, the capital of the southern state of Tamil Nadu, is one of the most sought-after tourist destinations in the country. This busy city, apart from being home to the splendid Marina Beach and some revered temples, has several historical places of importance, and if you are coming on a trip here, visiting these sites should be on the top of your list. Once under the colonial influence, Chennai boasts of many architectural wonders from that era. Hence, we bring you a list of 8 such historical places in the city of Chennai that you should definitely explore: 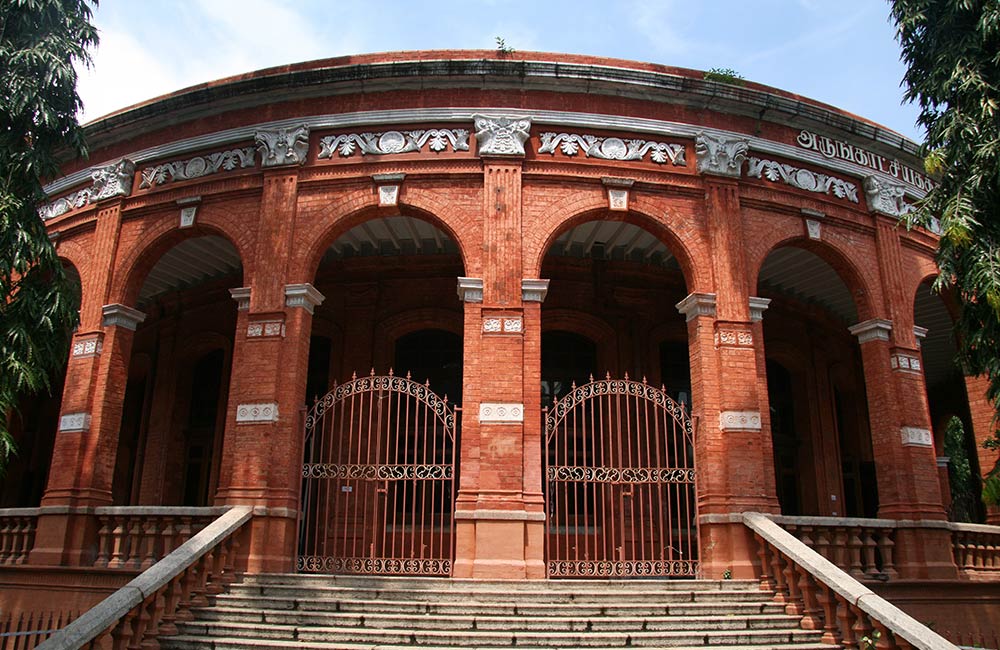 India’s second oldest museum – The Government Museum in Chennai was started in 1851, on the first floor of Fort St. George College with Madras Literary Society’s approximately 1100 geological specimens. Spread over an area of 16.25 acres, the campus of the museum comprises six separate buildings, namely National Art Gallery, Children’s Museum, Contemporary Art Gallery, Bronze Gallery, Front Building and Main Building. Also known as the Egmore Museum or Madras Museum, it houses a rich collection of bronze artifacts, beautiful paintings of Raja Ravi Varma, British modern art and historical sculptures and much more. We suggest that you spend an entire day at the museum; there is a lot for you and your family to explore here. 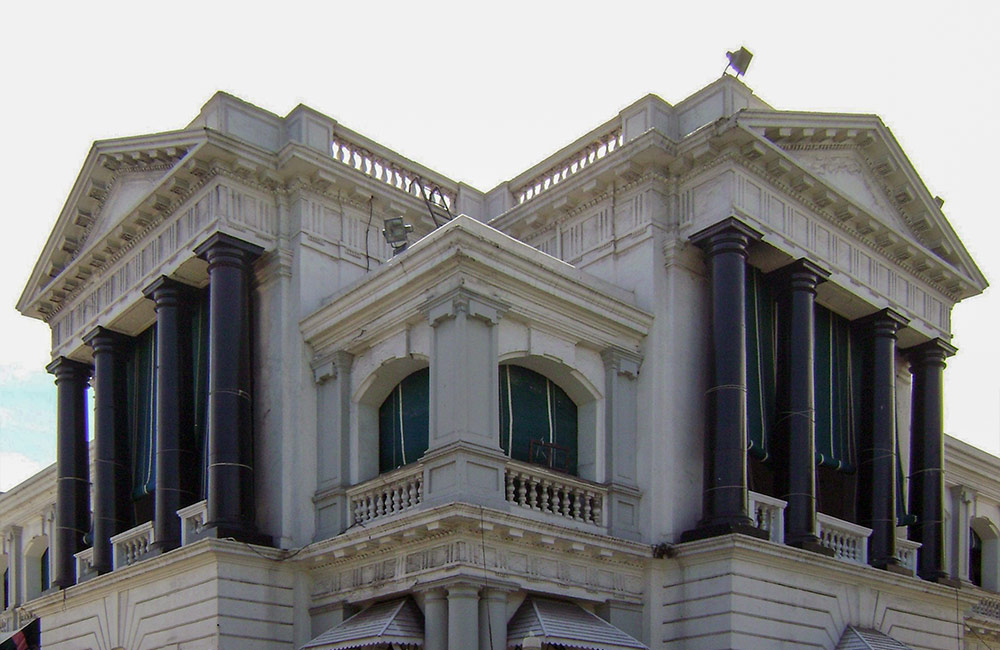 Fort St George, constructed in 1640, is famous for being the first establishment made by the British in India. Built to serve the purpose of a trading post, this fort soon developed into a full-fledged city, divided into two parts: one for the Europeans and other for the dock workers. With time, the British built many iconic structures within the fort, such as the splendid St. Mary’s Church, Wellesley House (a banquet hall), the Fort Museum and a Flag Staff measuring approximately 150 ft. Another noteworthy masterpiece to witness here is the statue of Lord Cornwallis (14.5 ft), which was shipped from Britain and has been installed in the museum. Today, the Archaeological Survey of India takes care of this heritage property and is also used as an Indian Army base.

You may also like to know about other forts in Chennai. 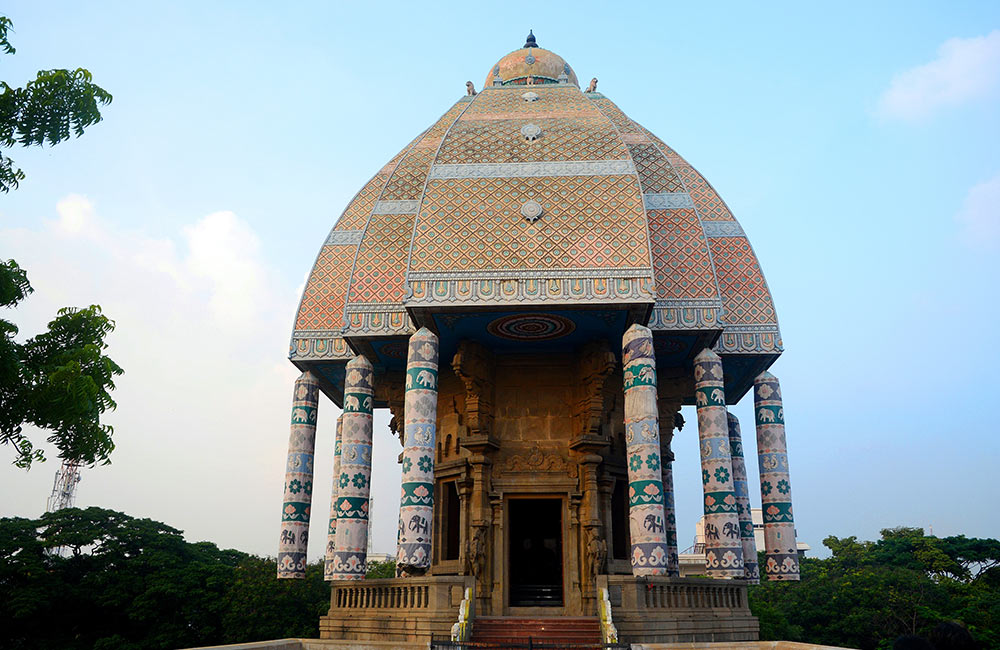 An important historical attraction in the city is Valluvar Kottam, built in memory of the great Tamil philosopher and poet, Thiruvalluvar, who created Thirukkurals, which is considered among the greatest works of Tamil literature. This temple chariot shaped monument was built by M Karunanidhi in the 1970s, who was then serving as the Chief Minister of the state. The architecture of Valluvar Kottam is simply magnificent, with innovative designs and layouts. Locals say that the beauty of this memorial is best witnessed at time of dawn and dusk. Besides being a popular tourist attraction, Valluvar Kottam also hosts several events and exhibitions. 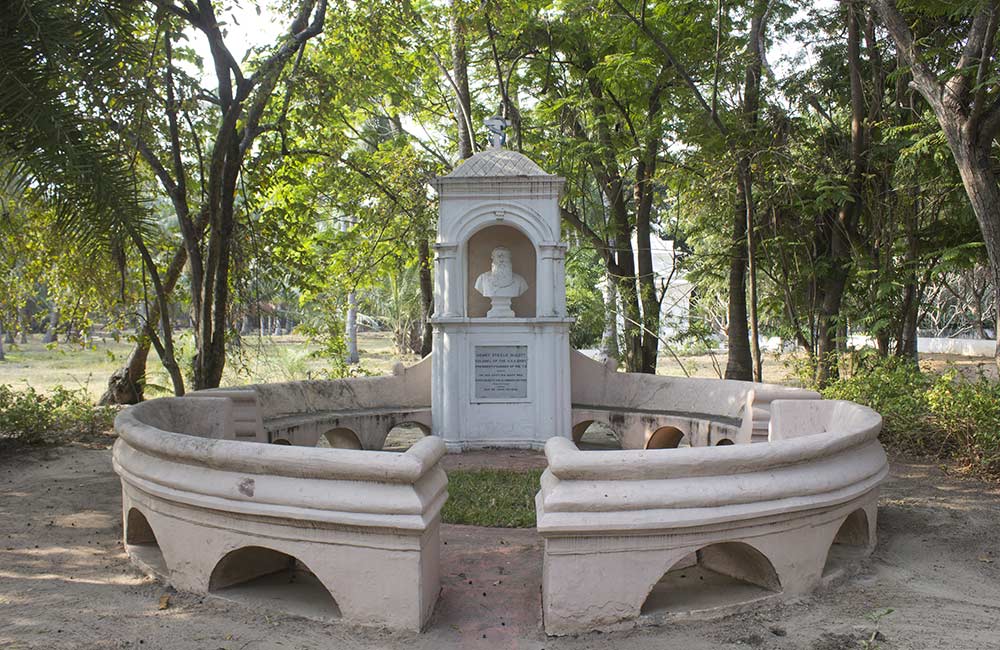 Founded in 1875, the Theosophical Society at Adyar aims at promoting brotherhood, universally. The brainchild behind the formation of this society was Madame Blavatsky and Colonel Henry S Olcott. Its sprawling campus of approximately 108 acres, situated towards the south of the Adyar River, comprises tree-lined paths and flower gardens. However, the main attractions of this place are the shrines belonging to Hindus, Buddhists, Christians, Zoroastrians and Muslims. The complex also has a large library, where you will find a great collection of books on philosophy and religion. Another attraction at the site is the 450-year old Banyan Tree. For a little peace and calmness, a visit to this place in Adyar can be an ideal option. 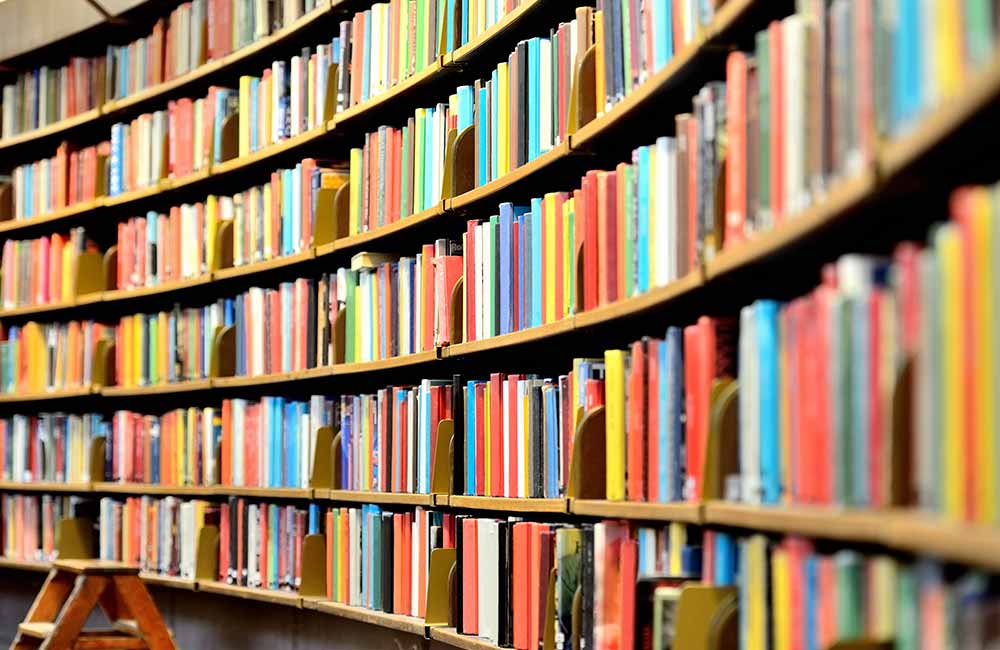 The Connemara Public Library, named after Lord Connemara – one of the former Governors of the city during the British rule – was built in 1890. It is one of the biggest and oldest libraries in India and has a collection over 600,000 books. Besides being one of the four National Depository Libraries, the Connemara Public Library is also a depository for the United Nations. A visit to this grand library is a must when you are touring Chennai; not only its huge collections of books will interest you, but also its fine architecture and intricate design work, prominently featuring at different sections of the building. 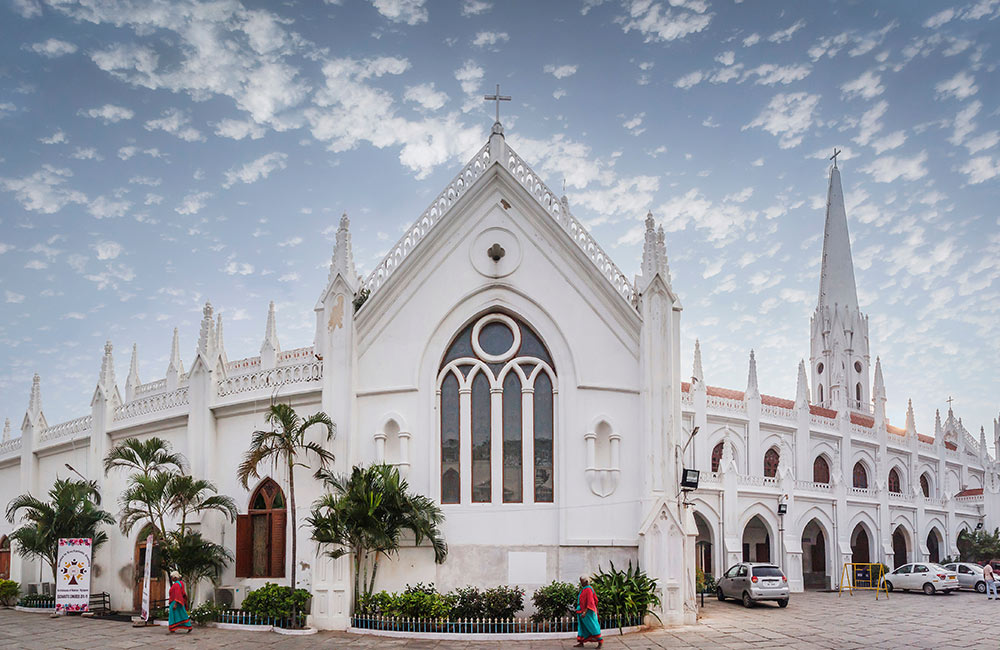 The Santhome Church was built in the 16th century by the Portuguese explorers. Much later in 1956, it was honored by Pope Pius XII as a cathedral. The church building we see today is the one that British made on the ruins of the previous church in the 19th century. This cathedral has a Neo-Gothic style of architecture. The 183 ft spire that you will definitely notice while at the site was built in 1894. There is a museum adjacent to the cathedral, and it houses several artifacts related to St. Thomas, after whom this place has been named. 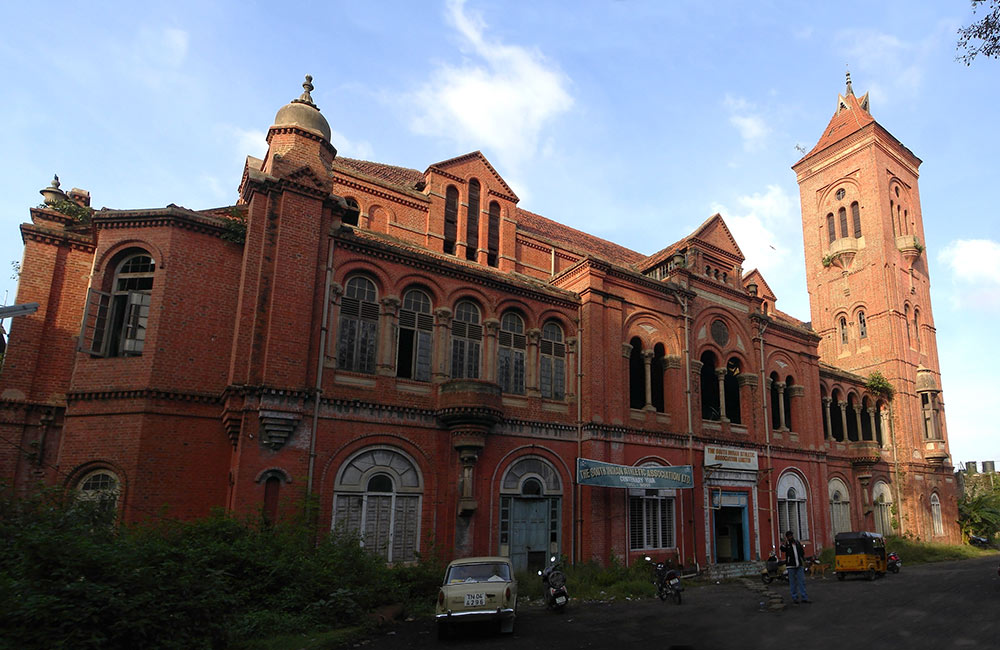 The Victoria Memorial Hall, which is also known as the Town Hall, was built in honor of Queen Victoria’s Golden Jubilee year in 1887. The architect of this building was Robert Chisholm, who is credited with some other important landmarks of Chennai. The building has a Romanesque style architecture; something definitely to admire! There is fountain in front of the hall, called the Trevelyan Fountain and is dedicated to the Governor of Madras from 1859 to 1860, Charle Trevelyan. 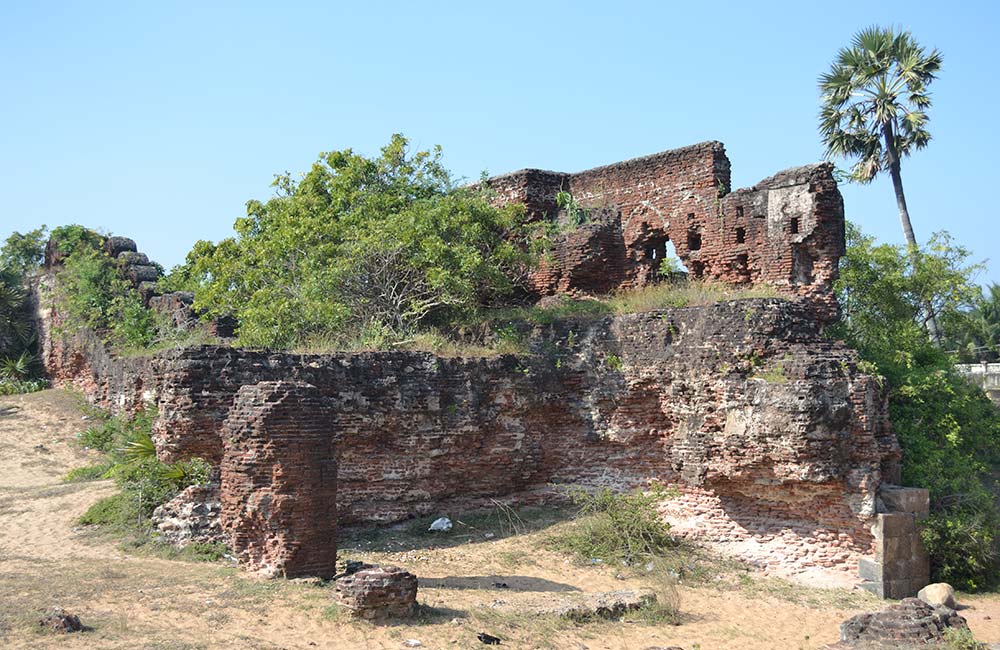 The Alamparai Fort, built in the 18th century by the Mughals, once served as an important seaport being located on the shores of the Bay of Bengal. The first Mughal to control this fort was Doste Ali Khan, who was the Nawab of Arcot. Later, the fort came into the possession of the French, who then lost it to the British during the Carnatic war. It was during this war that the fort was heavily damaged while the tsunami of 2004 further deteriorated its condition. Today the fort is considered as a heritage site and a lot of visitors come here to explore its ruins. You will certainly love the view of the Bay of Bengal and the sandy beaches from the ruined ramparts of the fort; it is simply breathtaking!

If you are planning a tour of the city to explore its various historical places and other attractions, then book hotels in Chennai in advance is what we will suggest you.