Rabindra Jayanti is an annual cultural festival celebrated in remembrance of the birth anniversary of the great Indian poet, novelist and scholar, Rabindranath Tagore. Prevalent among the people from the Bengali community, this public holiday falls on the 25th day of Baisakh as per the Hindu calendar i.e. on or near 7 May on the Gregorian calendar. In 2021, the festival will be observed on 9th May. 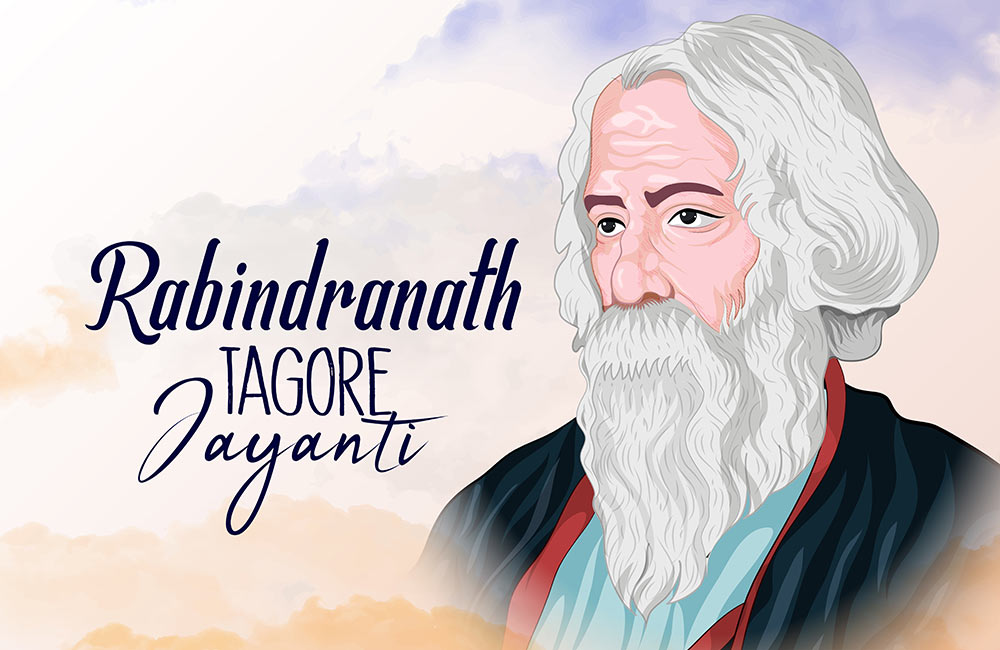 Rabindranath Tagore was born in Calcutta on 7 May, 1981. He started to write poetries when he was 8 and by the age of 16, he was publishing his work with his own name. An eminent poet, visual artist, novelist, composer and playwright, Rabindranath Tagore is one of the biggest literary figures in India and the first Asian laureate to win the prestigious Nobel Prize in 1913. For his contributions to Indian literature and music, his life is celebrated with much fervour on the occasion of Rabindra Jayanti.

Guru Rabindranath’s birthday is celebrated ceremoniously by Bengalis across the world by holding a number of cultural programs in his memory. Plays, dance dramas, poetries and songs, all written and composed by the legend himself, are performed in various institutes and theatres on this day.

In Kolkata, the festival is celebrated as Poncheeshe Boishakh and all the cultural activities are held at Jorasanko Thakurbari (Tagore’s ancestral home) and Rabindra Sadan (cultural centre). Shantiniketan in Birbhum, West Bengal also hosts grand celebrations to celebrate the birthday of its founder.