Top 10 Places to Visit in Aurangabad

Aurangabad, the Tourism Capital of Maharashtra, was named after the Mughal emperor Aurangzeb. The city is a beautiful blend of history, culture, and nature. From massive forts to perfectly manicured lawns to historic sites, the city has an array of places to visit. Those planning a trip to Aurangabad, we are certain that you need a long vacation to explore the city. And to help you prepare an itinerary, here’s our list of top attractions in Aurangabad:

Places to Visit in Aurangabad: 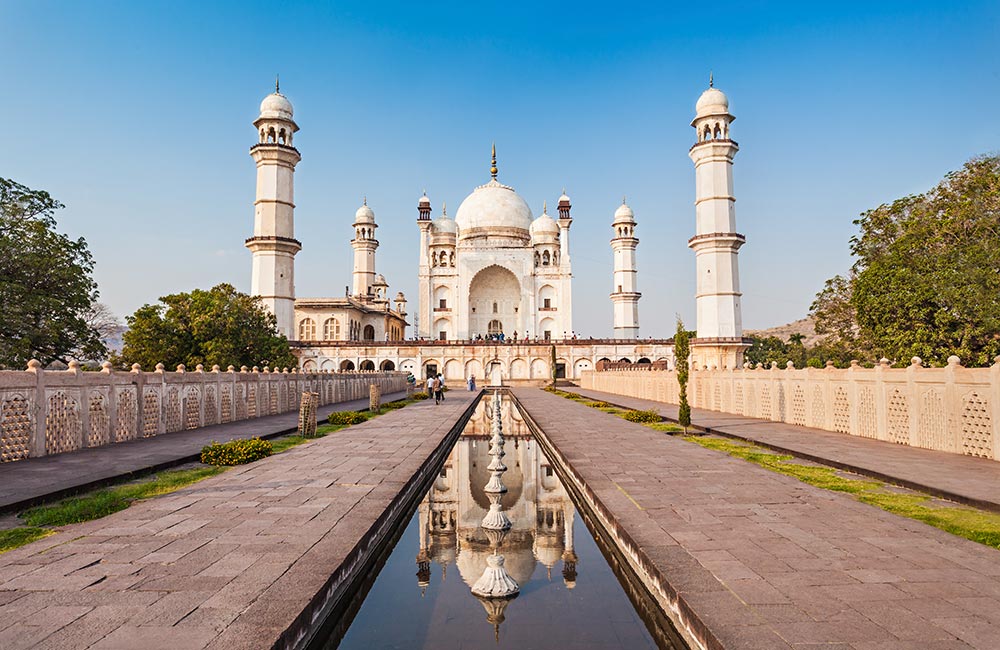 If you think Taj Mahal is the epitome of love, you must visit Bibi-ka-Maqbara. This beautiful structure is the mausoleum of Rabia- Ul – Daurani who was the wife of Aurangzeb. The maqbara was constructed in 1661 and is often called Taj of the Deccan for sharing a resemblance with the Taj Mahal of Agra. Also, it is the second largest structure built during Aurangzeb’s reign. The maqbara is built on an elevated platform and has four minarets at its four corners. Exquisite marbles and intricate designs are the most talked-about aspects of Bibi-ka-Maqbara.

Explore recommended places to stay in Aurangabad at best price 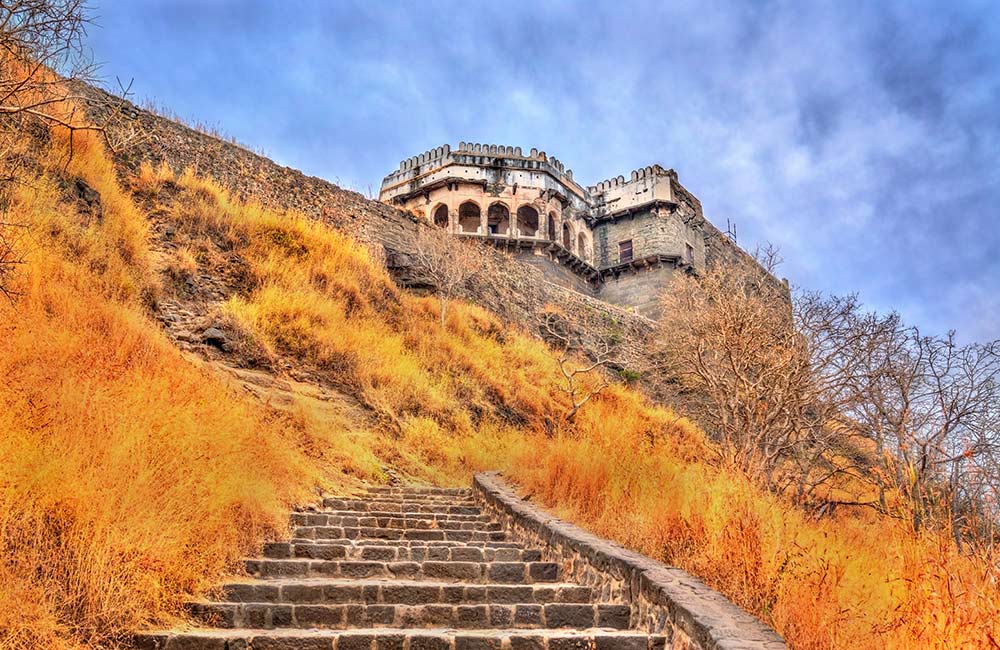 Daulatabad Fort | #2 of 10 Best Places to Visit in Aurangabad

Built in the 12th century, Daulatabad Fort has the reputation of being one of the most powerful fortresses of the medieval period. It has its name amongst the undefeatable forts in the history of the country. The fort is built on a 200-meter high conical hill, a strategically strong position to protect the structure from enemies. The fort had a narrow bridge, which was the only access to the fort. Besides this, the fort had three layers of defense walls and a large pit of fire that made it impossible for the enemy to enter the fort. Daulatabad is one of the seven wonders of Maharashtra, which makes it a must-visit place. 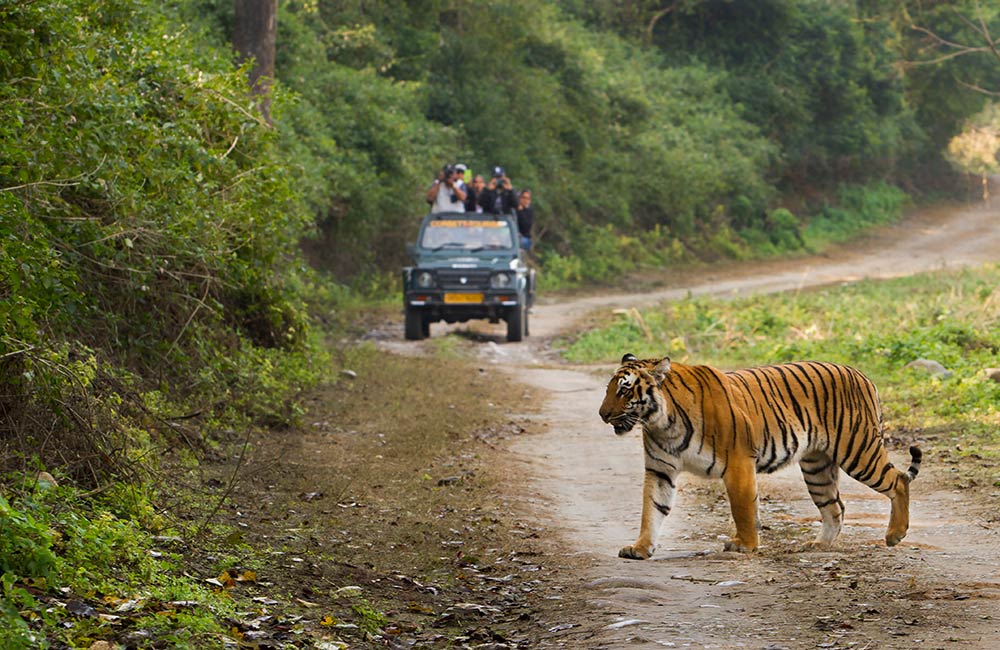 Siddharth Garden and Zoo is a garden, park, and zoo in one premise. There’s a small aquarium as well inside the garden. The zoo, on the other hand, has wild animals including snakes, hyena, lions, fox, tigers, emu, and deer. It is an ideal place to relax amidst nature and spend good time with family. 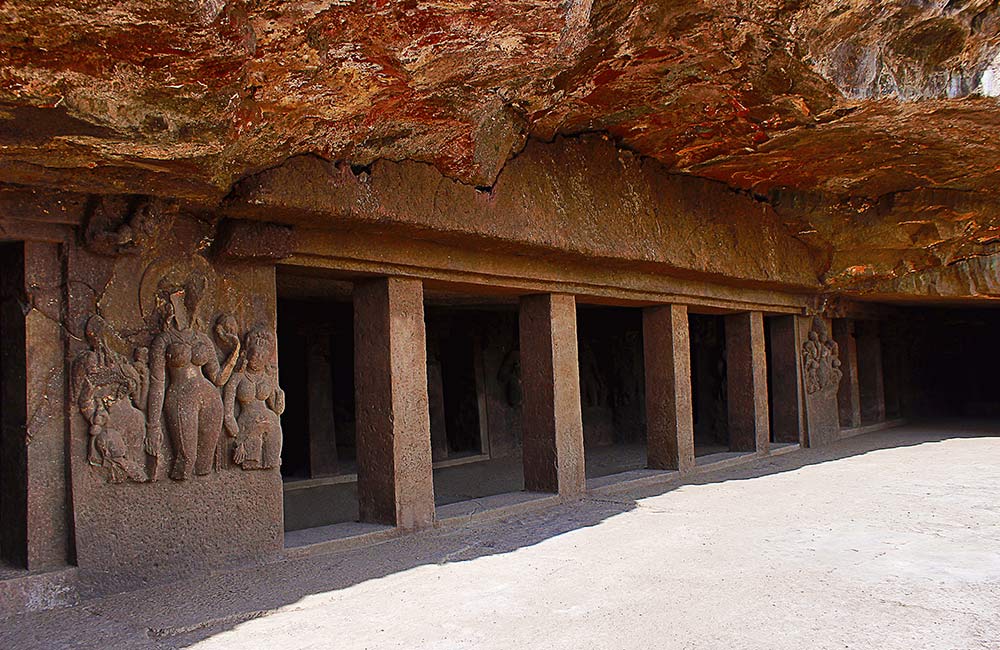 Aurangabad Caves | #4 of 10 Best Places to Visit in Aurangabad

Located approximately 20 km from North-west of Aurangabad, these caves are 12 rock-cut Buddhist shrines dating back to the 6th and 7th century. Aurangabad Caves are divided into three groups; Cave 1 to 5 is the first group, Cave 6 to 9 is the second group & Cave 10 to 12 comprises the third group.

These caves are carved out of soft basalt rock and are now under the protection of Archaeological Survey of India. 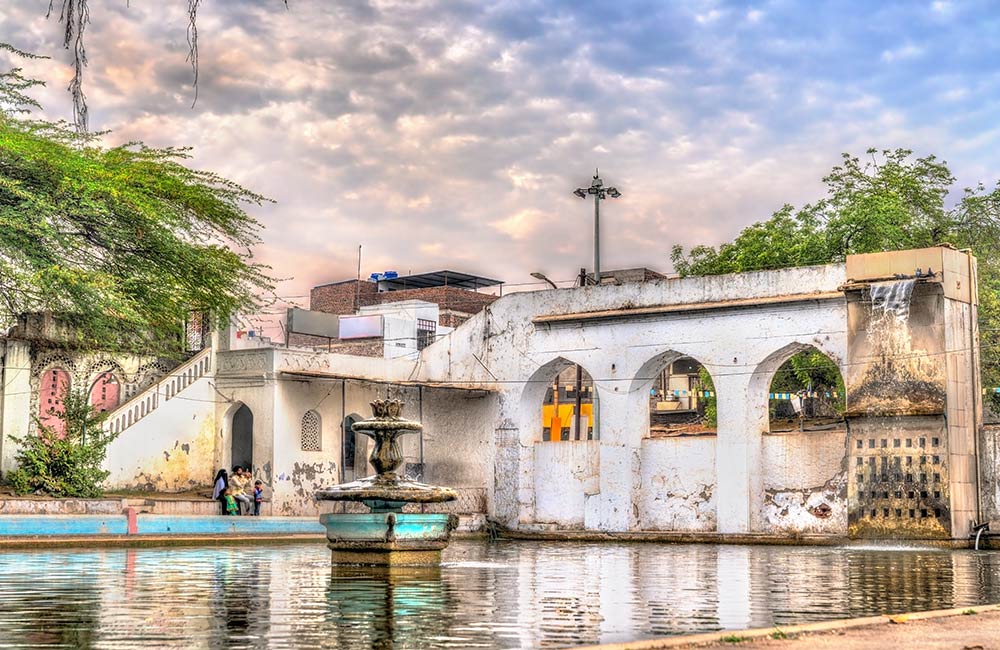 Panchakki | #5 of 10 Best Places to Visit in Aurangabad

Panchakki is a water mill that was built by Hazrat Baba Shah Musafir in 1734. It worked on water mechanism and was mainly used to grind grains for pilgrims. The premises has a court, madrasa, mosque, sarai, house of the minister, and house for females. Panchakki gets water from an underground water stream that is a tributary of the Harsul River. Earthen pipes transport the water to a distance of 6 km. Though it was built for an altogether different purpose, the whole surrounding looks beautiful. It also has a 300-year-old banyan tree that adds to the magnificence of the place.

Salim Ali Lake was called Khiziri Talab during the Mughal Period and later renamed after naturalist Salim Ali, who is also known as the Birdman of India. There’s a small bird sanctuary near the lake, so visitors often get to see different migratory birds during the nesting season. The lake opens boating facility during monsoon and winter season. The surrounding area of the lake has more than 16 species of trees, 10 varieties of algae, 16 types of aquatic insects, 9 varieties of fish, 7 types of rodents and mammals, 8 climbers, and 15 species of reptiles. 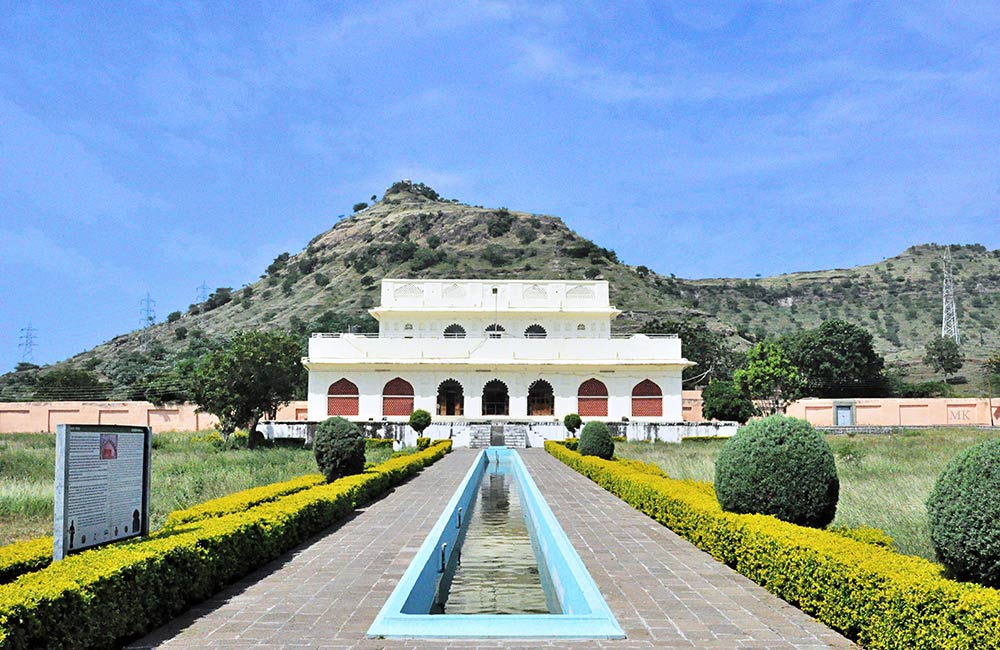 Soneri Mahal | #7 of 10 Best Places to Visit in Aurangabad

Also called Sunheri Mahal, it is a Rajput Palace built of lime and stone, and one of the finest examples of traditional Indian architecture. The Mahal is now converted into a museum and has a rich collection of pottery, dresses and a rare art pieces. The structure was named Soneri because of intricate golden paintings present here. Soneri Mahal is often the venue for Ellora Ajanta Aurangabad Festival. 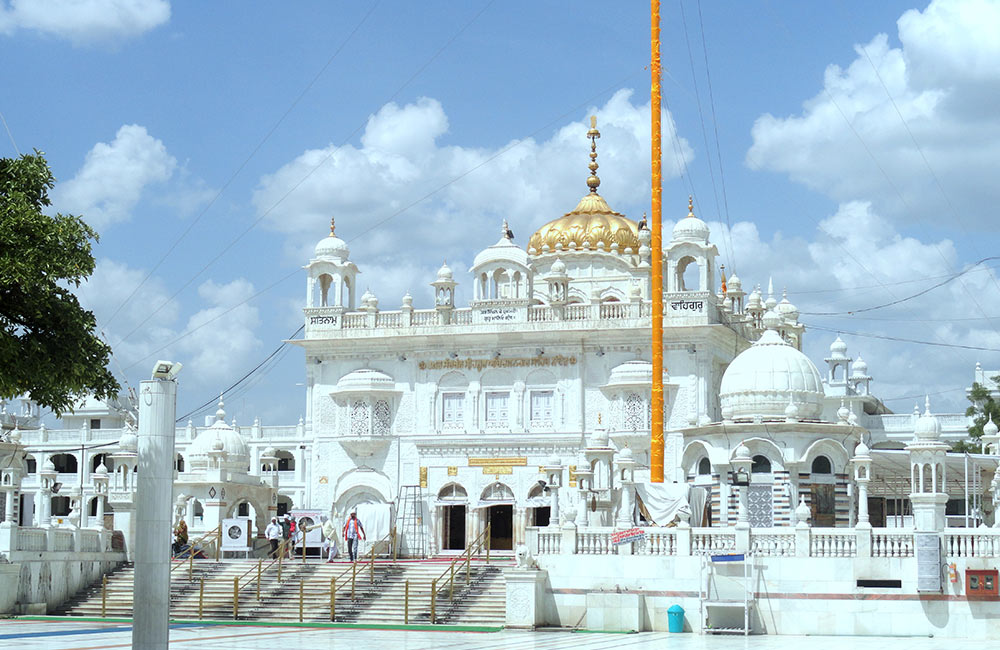 Hazur Sahib Nanded is one of the five takhts in Sikh culture. Located on the banks of the Godavari, the place is visited by a huge number of devotees. It was built around 1833 by Maharaja Ranjit Singh and has a Gurudwara Sach Khand. The monument is built on the site where famous Sikh leader Guru Gobind Singh was cremated. When in Aurangabad, you must spend time at Hazur Sahib Nanded and revisit the glorious history of Sikhs.

Built during the reign of Aurangzeb, Himayat Bagh is a beautiful garden spread over 400 acres of land. The 17th-century construction has lush green lawns, nursery, and pool. It was also known as the Mughal Garden and is now home to the Fruit Research Station. The garden is also a part of Marathwada University. The garden is believed to have been originated from the Northern wall that surrounded Aurangzeb’s palace. The wall was destroyed because of its dampness and exhalation that was not good for health. What we see today is a beautiful garden with manicured lawns that are the result of the destruction with the motive to create a healthy place.

The royal palace was built by Malik Ambar in 1616. The palace has nine apartments with interior buildings consisting of five zananas, one Divan i Khas, one Divan i aam, a kacheri, and masjid. Each structure has a garden and a cistern. The walls of the Devankhana and hamam are in good condition, however, Divan i aam is in the state of ruins. The palace now has the Aurangabad College for Women. It is at present owned by Prince Mukarram Jah Bahadur

While these are the prominent tourist attractions in Aurangabad, the list doesn’t end here. If time allows, we recommend visiting places that are a couple of hours drive from the city so that your vacation feels more complete.

Q: What is the one attraction in Aurangabad that cannot be missed?

A: Aurangabad district is most famous for the Ajanta and Ellora Caves, which are listed under the UNESCO World Heritage Sites list. These rock-cut cave temples are among the largest in the world and the finest surviving examples of art from ancient India.

Q: Which months are ideal to visit Aurangabad?

A: November through February makes the best time to visit Aurangabad when the average temperature is not more than 22 degree Celsius or lower than 10 degree Celsius.

Q: Which is the nearest airport to Ajanta and Ellora Caves?

A: Aurangabad has its own international airport that services regular flights from Indian cities like Delhi, Mumbai and Hyderabad. It is around 100 km from Ajanta Caves and 40 km from Ellora Caves.

Q: Is Aurangabad directly connected to other Indian cities by train?

A: Yes. Aurangabad railway station has direct links to many major Indian cities including Delhi, Mumbai, Pune, Hyderabad, Amritsar and Bhopal, among others.

Q: What are the best things to buy in Aurangabad?

A: You can shop for Himroo shawls, Paithani sarees, Bidri pottery and many more traditional curios from markets in and around Aurangabad city.

Q: Where can I go from Aurangabad for a weekend?

A: Mumbai, Pune, Nasik, Nagpur and Shirdi-Shani Shingnapur are among the most popular weekend getaways from Aurangabad.