Top 7 Pubs in Mysore for a Fun Night Out

Ah, Mysore! A place that produces some of the finest silk in the country and possibly the world, the delectable sweetmeat, Mysore Pak, and a maze of heritage sites. The last thing one can expect to ask a local is, “Is there a bar around here somewhere?” Well, in fact, that is a shame. This is because the nightlife in Mysore is more often than not obscured by its attractions. In this blog, we will be tearing away those strands that make up the historical and exuberant image of Mysore in an attempt to uncover its modern, trendy and neon-lit side – the nightlife in Mysore!

Here is a list of some of the best pubs in Mysore which are bound to change your perception of the region in ways that most tourists might never expect. Before you plan to lose yourself in endless merrymaking, make sure you know about the best and most affordable hotels in Mysore so that you can return to a comfortable and safe abode at the end of each day of exploration. 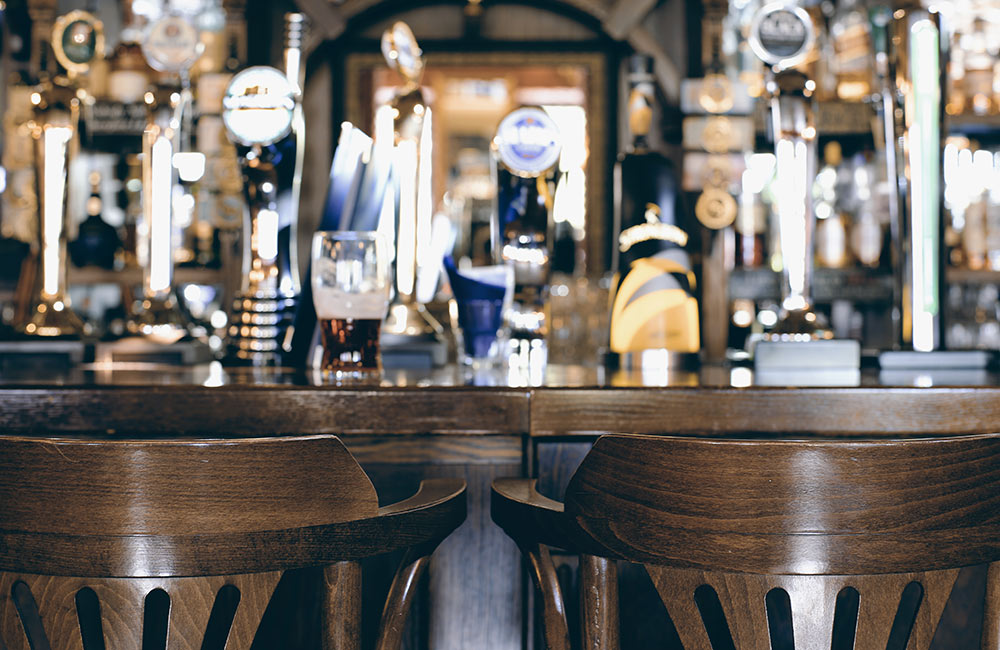 If you are in search of loud music, jeering crowds and flashy lights, the Pelican Pub and Grub House in Mysore may not be the place you might be looking for. Here, the ambiance exudes a vibe that some might refer to as “chill” rather than the upbeat that most people from metropolitan cities are used to at the often-noisy bars. At Pelican Pub, you have a choice between two types of quintessential experiences. On one hand, you can partake in the age-old pub tradition that originated in the British Isles by sitting in its halls, spending your time admiring the quaint and classic central bar with familiar yet mesmerizing workings. As their tagline reads – “this house runs on love, laughter and lots of beer”, you have a chance of seeing the bartenders dish out pint after pint.

On the other hand, you have the chance to savor the “alfresco” pub experience by claiming a seat in the adjoining garden area. Dining under the sky is the way to relax with a mug of beer and savor the priceless exquisiteness of the evening air. Pelican Pub also features live music on some special nights if you are in the mood for some extra flavor. The quality of experience offered at the Pelican Pub and Grub House makes it one of the best night out places in Mysore. 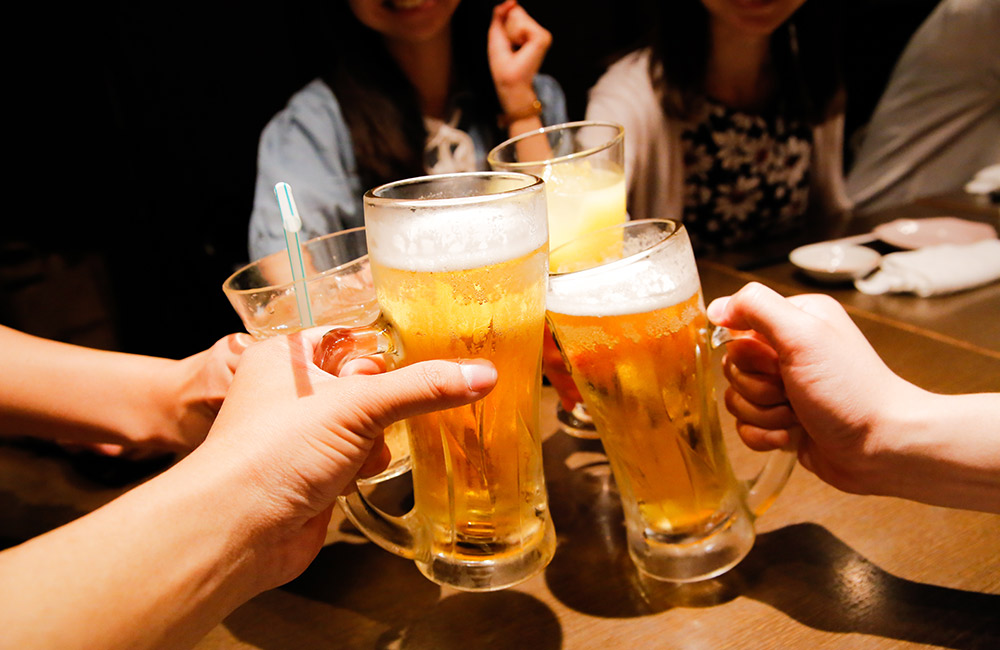 When it comes to ambiance and atmosphere, few party places in Mysore have the courage to experiment that is visible on the walls, ceiling and floors of Gusto. Depending on where you choose to sit, you might either find yourself in the middle of a dark and mysterious forest with stars shining brightly above you or on a serene, neon-lit beach with sand beneath your toes. The walls at Gusto are filled with artistic adventures of individuals who seem to have thoroughly enjoyed leaving visual puzzles, stories and riddles for visitors to behold. From intricate geometric spirals and shapes, rock formations, and mushrooms to the occasional three-eyed demon that watches you from beyond these creations, the artworks galore, making it extremely difficult to get bored.

Even if it is a solitary trip that you choose to make, you can spend many the nights either going through the graffiti adorning the walls or delight yourself with activities, such as karaoke nights and sports nights with an array of delectable Oriental and Continental preparations. The Gusto Pub in Mysore is a must for anyone on the lookout for an out-of-the-box experience with a touch of panache. 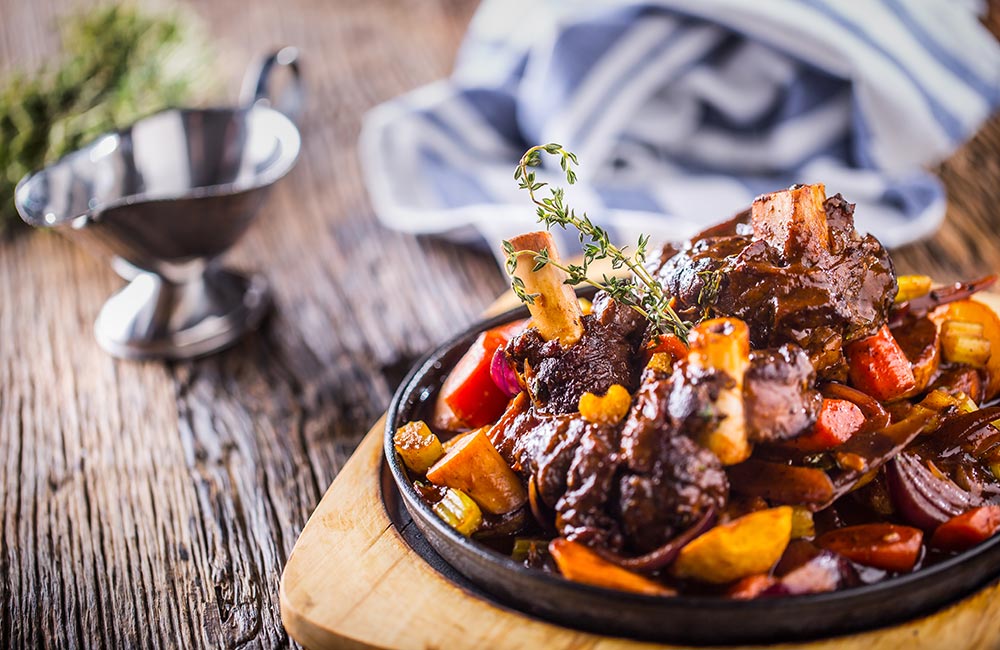 Themed bars and pubs often go that extra mile in giving its patrons something in return for their well-earned buck. This is especially true in case of The Road Pub in Mysore, where the theme reflects the freedom as well as the intrigue that road travel carries for those who have a penchant for the open outdoors and the unknown. The use of material, such as glass, wood and natural stones, along with vintage car and the bike within the premises lend the necessary edge of “roadiness” to the place. Dim lights and the other props that define the experience at The Road make it the perfect place for both auto enthusiasts as well as beer enthusiasts to unwind. The Road is also known as one of the best night clubs in Mysore, a fact that has been cemented by the sheer number as well as the level of artists that have graced the turntables at the venue. Some of the prominent ones include DJ Trement, Beat Hierarchy, Carolina Martinez and Rohan Kapoor. 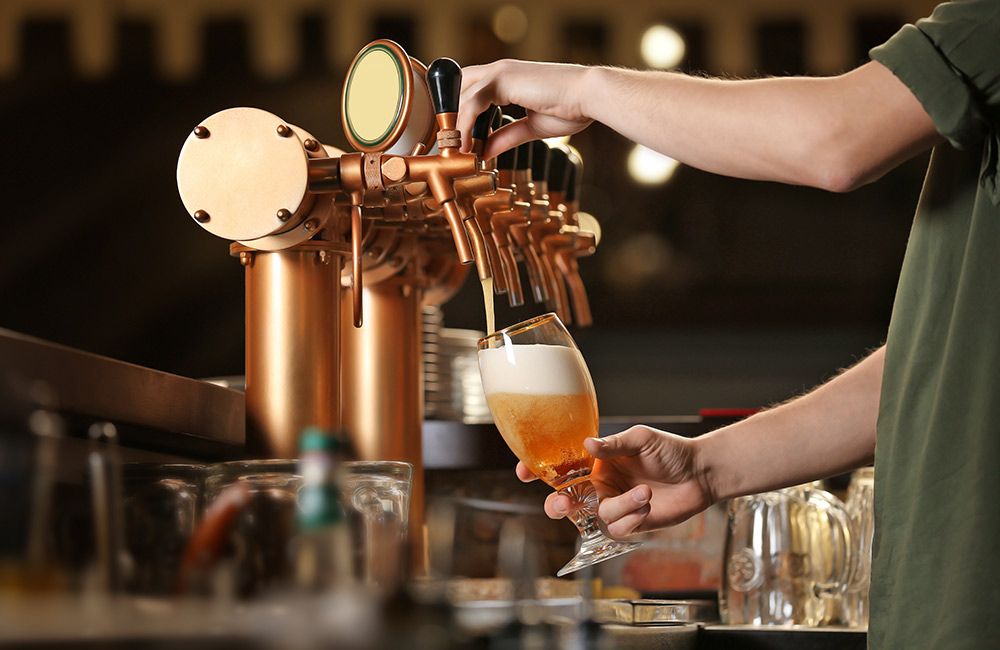 Yes, familiar name, isn’t it? Well, for those who do know where the name comes from, this is one of the perfect places to spend your nights if you find yourself in Mysore without a plan after the sun sets. The name, for those who do not know, is taken from a song by the legendary guitarist, Jimi Hendrix, one of the greatest musicians that ever walked upon this earth. As a tribute to this legend, this Mysore nightclub has dedicated itself to catering to the tastes of those who still pursue the trail left by classic rock musicians. Without a Hard Rock Cafe in Mysore, it is Purple Haze that has taken up the initiative to fill in the gaps as far as the beer-fueled rock music scene is concerned.

They have some pretty big shoes to fill, especially owing to the nature of the local rock scene, which is still young and in its budding stages. At the same time, they have had considerable success as the breeding ground for upcoming musicians as well as music enthusiasts out to discover this ‘outlawed’ music genre, which is often shunned in the face of party and electronic music. With weekly concerts, a model borrowed from the pioneering Hard Rock Cafe franchise itself, along with monthly and annual events, Purple Haze has established itself at the forefront of the music scene are Stoneage and Switcheroo. Being dedicated to the theme of supporting rock music in all its forms and styles, this Mysore pub has also been host to tribute concerts for the likes of Chester Bennington from Linkin Park, and Chris Cornell of Soundgarden and Audioslave. 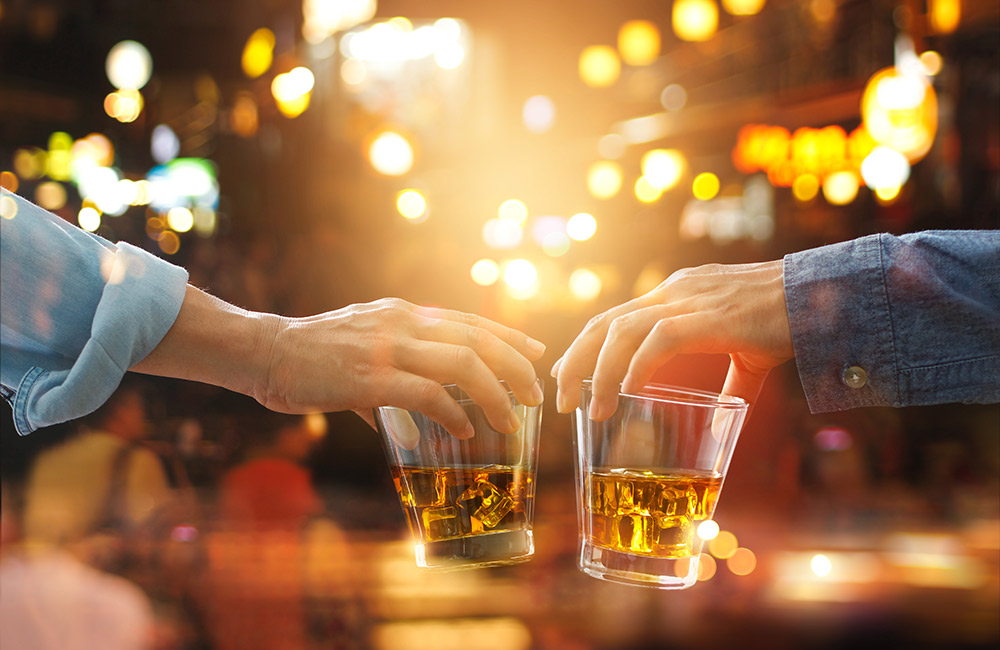 When it comes to that question of things to do in Mysore at night, different types of people tend to have different approaches, reactions and answers. As far as a particular section of people is concerned, which in this case are the metalheads and the headbangers, the answer to this question is usually heading to the Opium Bar. Being in the same quest as Purple Haze, Opium caters to the tastes of those individuals with an inclination towards Rock and Heavy Metal music, having also been a stage for many concerts. With neon-blue strobe lights signaling the entry into the world that Opium strives to build for its patrons, it has a modern, almost futuristic ambiance that reflects the fast-paced music it boasts.

The bar has its own DJ, who is well versed in the music that regulars frequent it for. From classic rock legends to the latest heavy metal bands, the tunes that grace the neon-lit halls of Opium are a mixture of heady and nostalgic. This makes for an ambiance that fits perfectly well with a drink or two. Opium, being a well-known venue for live music, has served as the stage for music groups, such as Anti, Suryagrahan, Adamantium and Loyal Teoxeira. 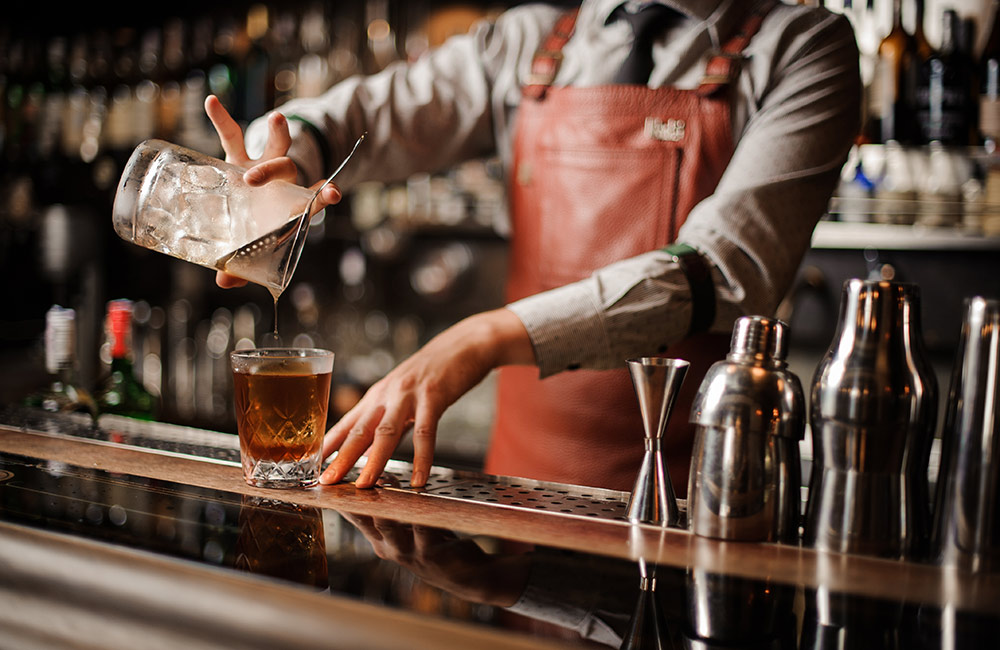 One of the things, which validate the title of “4th best hotel and bar in Mysore” that was bestowed upon Infinit by Trip Advisor, is the locale and surroundings. Here, you will find an open-air dining space where partying with friends and sipping on beers is not the only experience on offer. Whenever you head to the bar, you are actually booking a date with the majestic Chamundi Hills that rise complacently yet in awe-inspiring beauty nearby. With lush greenery all around, Infinit is one of the best places to placate your sense of yearning for an experience worth remembering. Other aspects that place this bar truly in a league of its own include the live counter and grill facilities. The venue is a big hit with both youngsters, wanting to party, as well as corporations looking for a day to commemorate their employees. 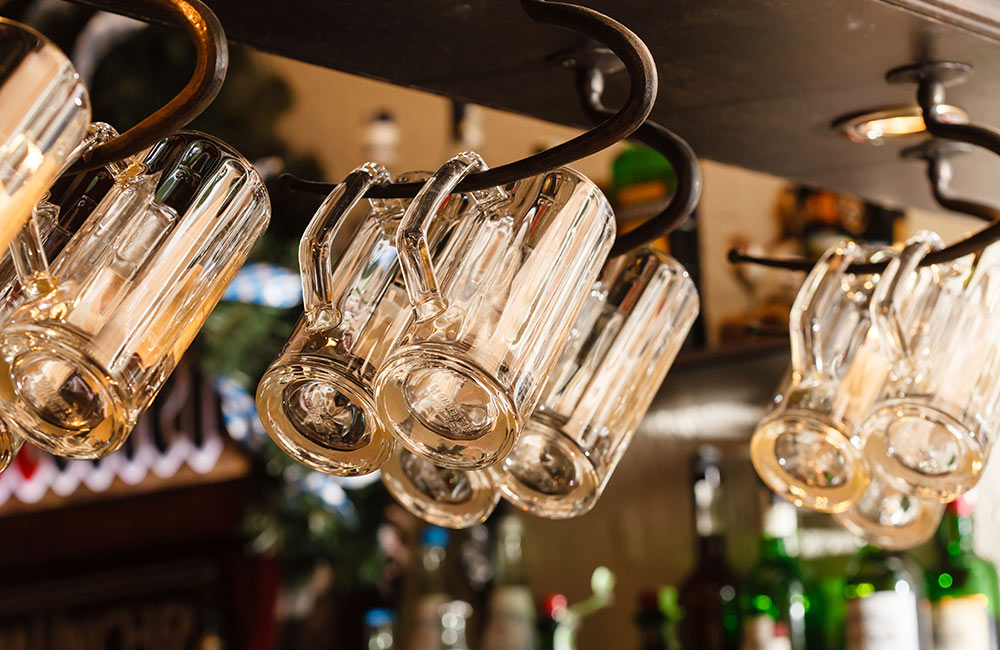 You know that a bar has paid the required attention to atmosphere and ambiance when you feel transported to another world entirely as soon as you enter. This is exactly what a visit to Khedda Bar in Mysore will feel like. The world to which Khedda transports you is one of class, sophistication, fun and excitement, emanating from the layer of suave and sleek design. Soothing music, white and golden hues that dominate most of your visual field, and experience luxurious dining makes Khedda Bar worth visiting. Instead of normal stools and chairs that make up the furniture of most bars and pubs, Khedda has plush sofas, taking the level of comfort and relaxation to another level. Kedda Bar is a must-visit for anyone looking for a bar experience that is different, original and truly mesmerizing to say the least.

This list of night out places in Mysore is sure to help you find a wonderful way to embrace the dark once the sun sets in this land of mysteries and wonders. When it comes to parties in Mysore, few places have the ambiance, music, food and the atmosphere that these pubs and bars boast. However, that doesn’t mean you need to restrict your adventures in Mysore to only these locations! Once the sun rises, there are tons of other things that you can pack your itinerary with. For instance, check out our list of the best places to visit in Mysore to know where exactly the city expresses itself in the most intriguing and enchanting ways.

Liked this piece about the best party places in Mysore? Then, read our blog on the top pubs in Bangalore should you come knocking on the doors of India’s IT hub.