A Walk through the Ancient City of Bhubaneswar:

Whether you hold the mythologies to be true or not, one thing you cannot deny is that India is an ancient land. If not more, then the country has at least 5000 years of written history, beginning from the Indus Valley (Harappan) Civilisation, itself dating from at least 3300 BC. There are several cities in India that bear marks of continuous human inhabitation of more than a millennium. One such city is Bhubaneswar in Odisha, every nook and corner of which boasts a long and rich history. Its major attractions and reminders of the glorious past are its monumental Kalinga architecture temples that have earned it the name, “Temple City of India” or “The City of Temples”. Read on for some of these incredible places to visit in and around Bhubaneswar: 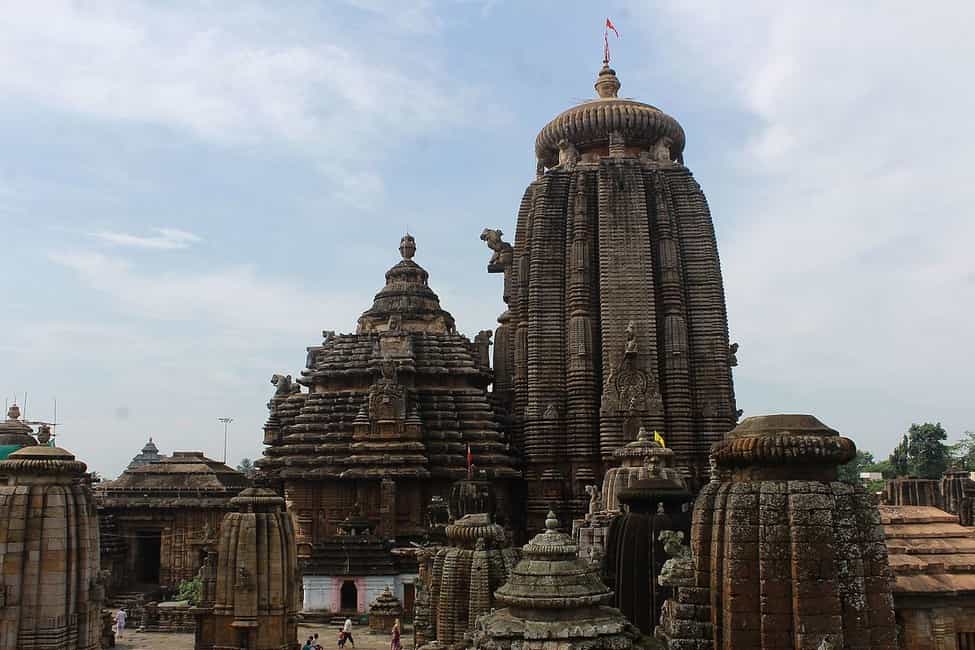 Lingaraja Temple | #1 of 11 Temple in Bhubaneswar

The largest Hindu shrine in Bhubaneswar, Lingaraja Temple, in its present form, dates from the 11th century. The temple complex has four main sections: Vimana (sanctum), Jagamohana (hall of assembly), Natamandira (hall of events) and Bhoga Mandapa (hall of offerings). All these are arranged in a straight line, and each has a tower, higher than the one preceding it. The main feature of the complex is its almost 148-feet high sanctum tower, every bit of which carries ornate sculpting. Not only the tower, but the walls of Bhoga Mandapa also contain sculptures. 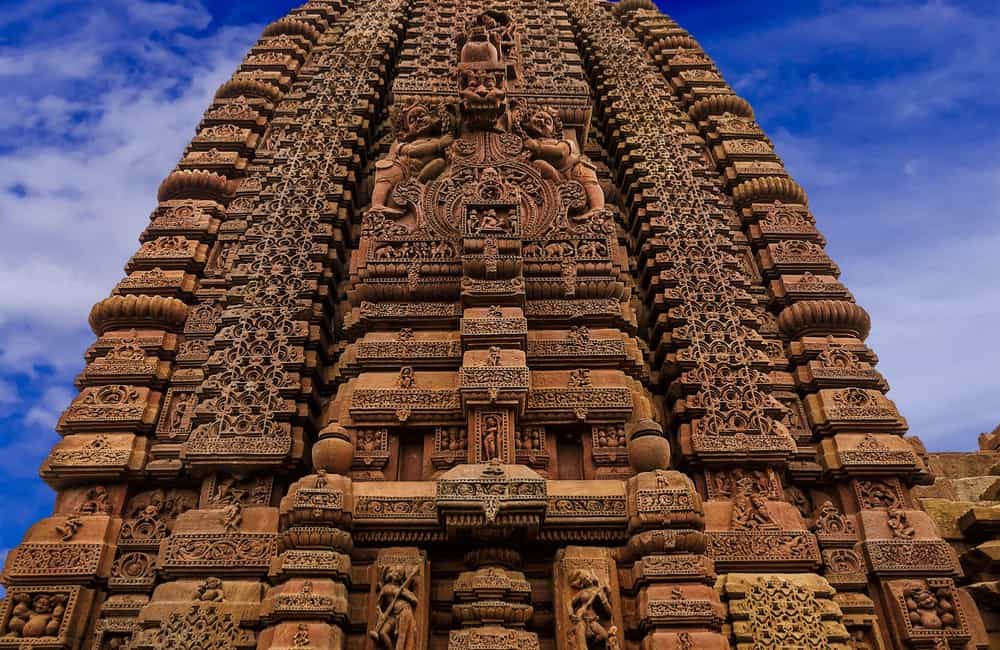 Rajarani Temple | #2 of 11 Temple in Bhubaneswar

Similar to Lingaraja Temple, though smaller, Rajarani Temple is yet another great example of the 11th-century Kalinga architecture. One more feature, which sets it apart from the former shrine, is that it only has two structures instead of four as it was constructed several decades earlier. The sculptures here depict the marriage of Lord Shiva and Goddess Parvati, and also women going about their daily chores. 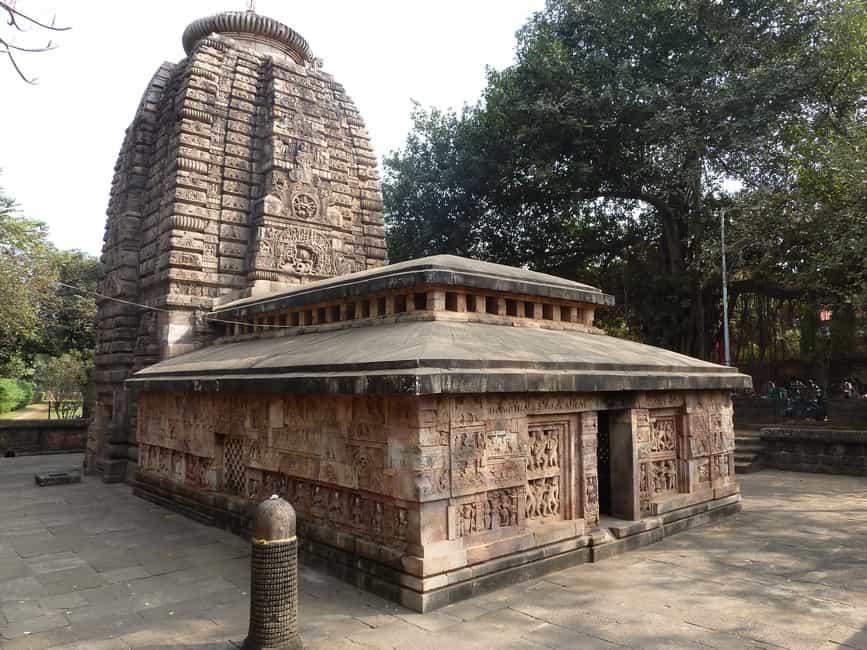 Parashurameshwar Temple | #3 of 11 Temple in Bhubaneswar

The evidence of it being constructed much earlier than the two above-mentioned shrines is evident in its even smaller size and rather primitive carvings. Large parts of its Jagamohana (assembly hall) are bereft of decorative elements. This is said to be the first shrine in the region to have an additional structure (assembly hall) other than the Vimana-topped sanctum. Its low assembly hall has latticed windows, through which light enters the sanctum and also people can see inside. 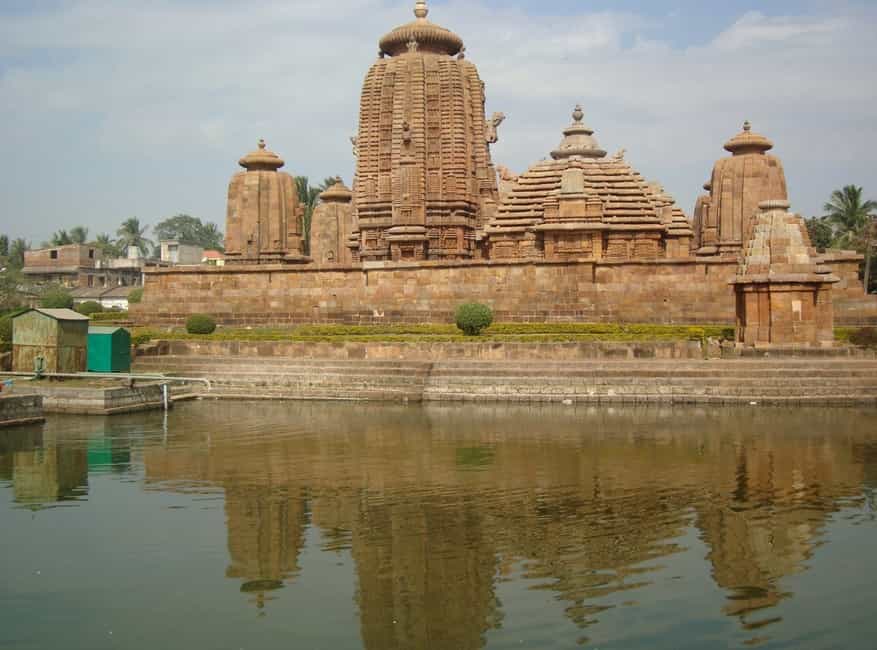 Brahmeshwar Temple | #4 of 11 Temple in Bhubaneswar

Said to be built by Kolavati Devi during the reign of her son, Udyotakesari, in AD 1058-1060, Brahmeswara Temple is built according to the Panchatanaya plan, which means that there are four smaller shrines flanking the primary temple on each cardinal direction. Images of musicians and dancers appear on it for the first time, hinting at the continuous evolution in regional architecture. Reportedly, this was also among the first shrines, the construction of which included iron beams. 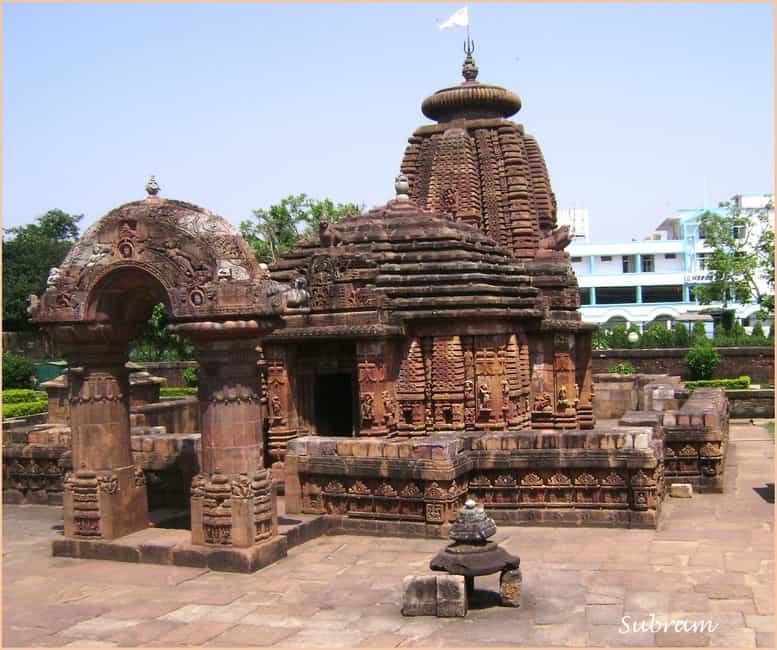 Mukteshwar Temple | #5 of 11 Temple in Bhubaneswar

Dating from the 10th century, Mukteshwar Temple is rather unusual when compared to others as its arched entrance gateway is a Torana, which is a Buddhist architectural element. Even the sculptures of deities on its top are reminiscent of Buddhist influence. Past the Torana are the Jagamohana and Vimana that too feature incredible carvings. This again reflects the blending of architectures, itself resulting from a blending of cultures! 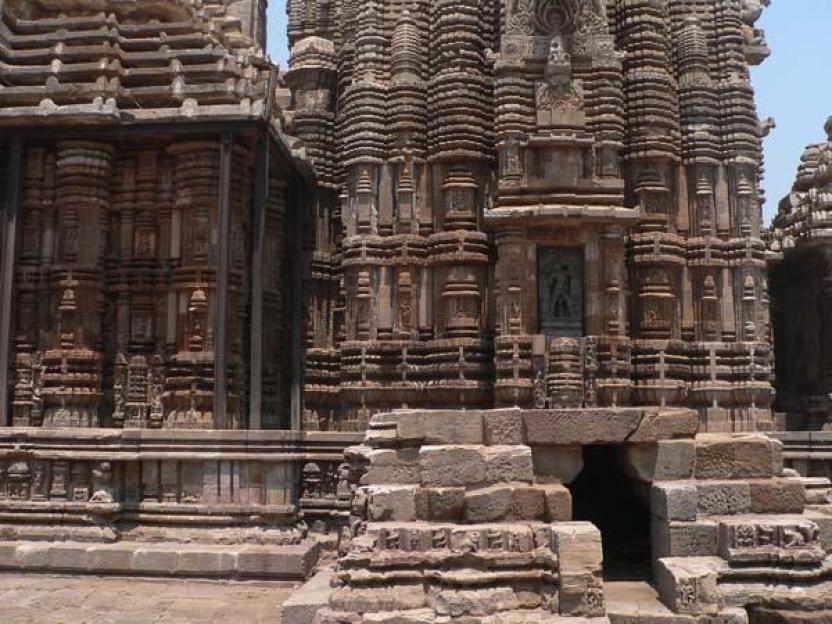 While most of the temples in the city are associated with the Shaiva sect, this one is associated with the Vaishnava sect, reflecting that by the time it as constructed (13th century), Vaishnava deities had been assimilated in the otherwise dominantly Shaiva culture of the region. Another way in which it is different from other shrines is that it has three structures, whereas others have either two or four. 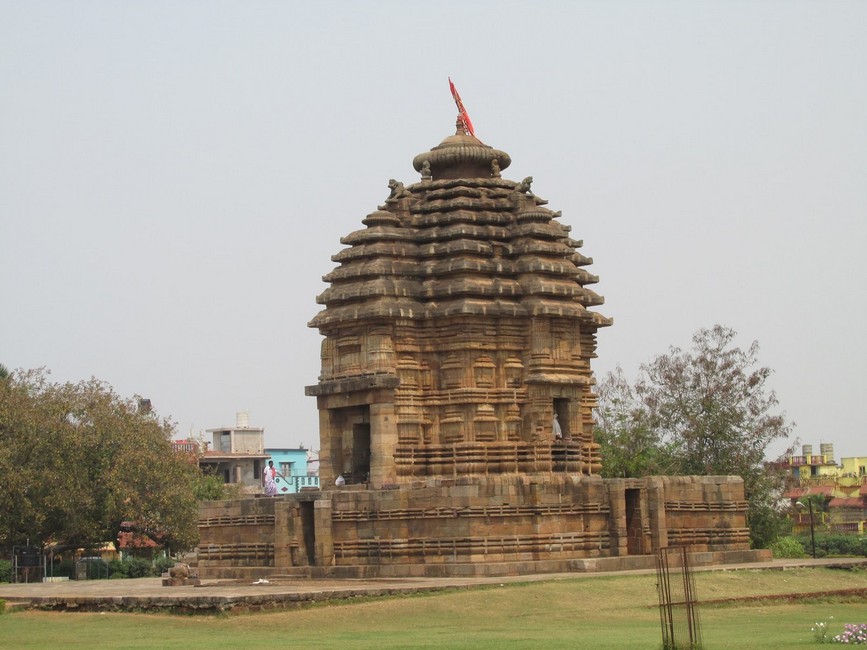 Bhaskareshwar Temple | #7 of 11 Temple in Bhubaneswar

From the looks of it, Bhaskareswar Temple looks unfinished as it has just one structure on a raised plinth. The reason for this might be, as accounts suggest, it was earlier a Buddhist site which was modified and converted into a temple. It might also be the reason it is rather unadorned in terms of carvings. Its main attraction is its Shiva Linga, which is almost 9 feet high. 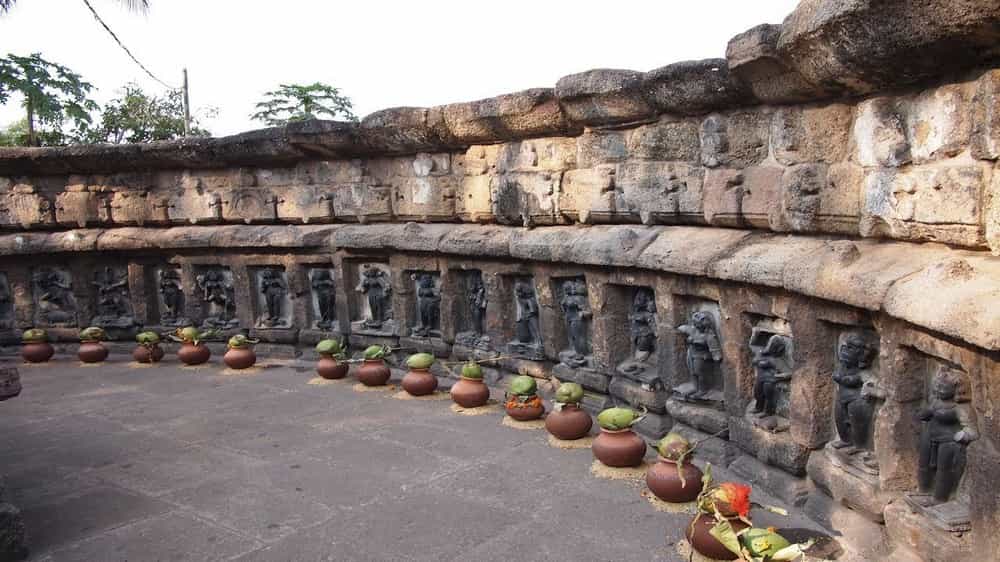 Located just outside the city, Chausathi Jogini Temple stands in stark contrast to a Hindu temple as you know it. Built in a circular fashion with no roof, it is associated with the Tantric cult, rather than mainstream Hinduism, bearing a similarity to Druid temples, such as the Stonehenge in England! Inside the temple, 56 idols of various forms of Goddess Kali are kept in niches in the wall. A central altar has idols of the eight remaining forms (two on each side). 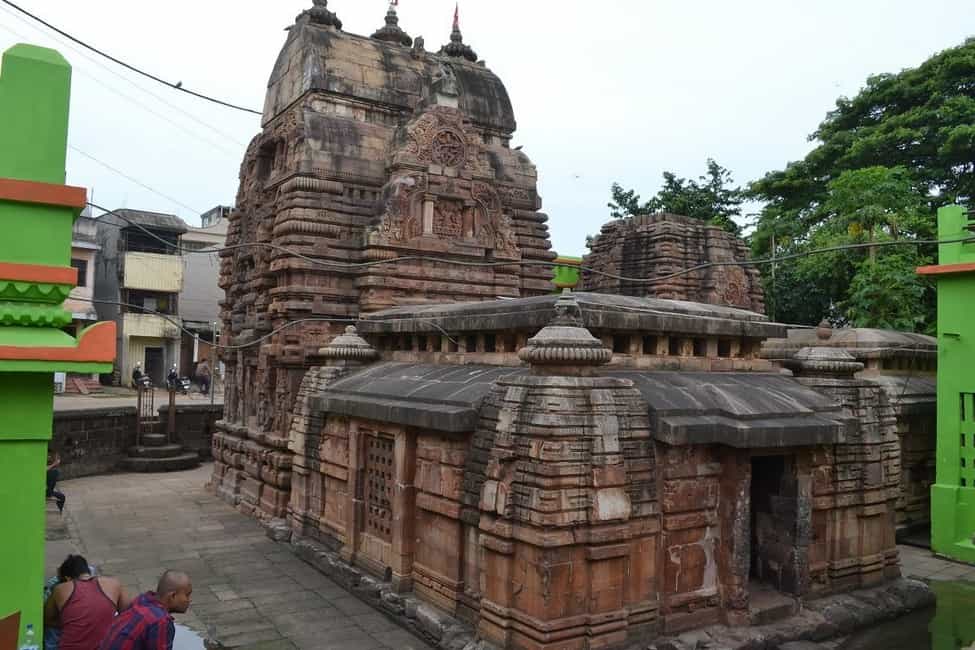 Baitala Deula | #9 of 11 Temple in Bhubaneswar

Built in the 8th century, making it one of the oldest Hindu shrines in Bhubaneswar, it is again a bit unusual. Its temple tower is slightly pyramidal in shape, rather than cylindrical. This and the three spires on its top take it closer to being a South Indian Dravidian temple like those in Tamil Nadu. The four vertices of its Jagamohana house four smaller temples as well, complete with their Vimana. 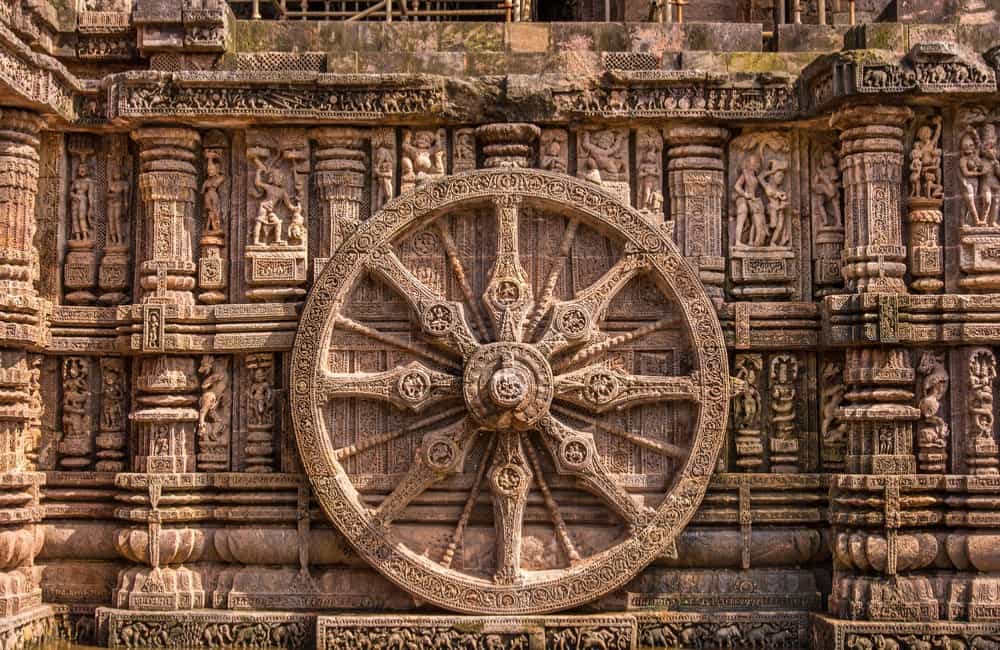 No trip to Bhubaneswar can ever be complete without a visit to the world-famous Konark Sun Temple. This gigantic temple is in the shape of the Sun God’s chariot, complete with sculptures of wheels on the plinth’s sides and horses in the front. Dating from the 13th century, it is ruined and only the Jagamohan is now visible; just behind it was its Vimana. 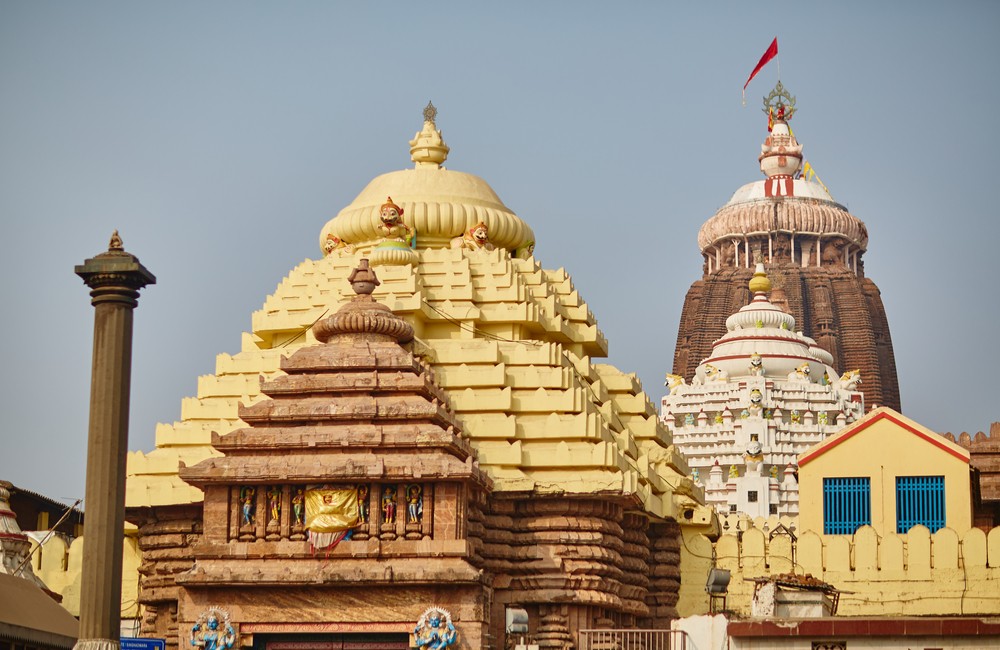 Jagannath Temple | #11 of 11 Temple in Bhubaneswar

If you are visiting Bhubaneswar and have even a weekend to spare, then make it a point to visit the sacred Jagannath Temple in Puri, one of the Char Dham. It is thought to have originally been a Jain shrine. The temple complex, measuring a whopping 400000 sq feet has all the elements of a regional Kalinga architectural shrine, i.e. Vimana, Jagamohana, Natamandira and Bhoga Mandapa. Every year in June-July, the temple hosts the famous Rath Yatra, wherein huge wooden chariots are pulled by devotees. All these places make the city and area around it a must visit for culture enthusiasts. So, book hotels in Bhubaneswar today and go on a memorable trip through East India’s rich history.

Other Top Attraction in Bhubaneswar 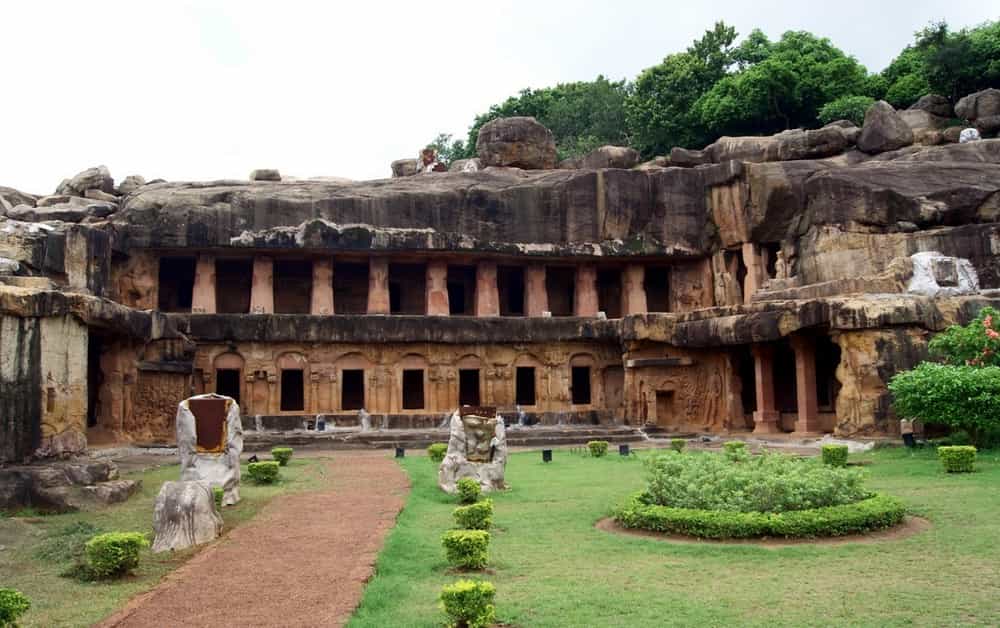 Dating from the 1st century, Udayagiri and Khandagiri Caves are the oldest monuments in Bhubaneswar. The names of these caves are a reference to the hills these have been carved into. Udayagiri consists of 18 rock-cut caverns, while the Khandagiri group has 15 of these. Most were carved to serve as a dwelling for Jain monks, it is believed. Just like the temples, these caves too are replete with detailed carvings of deities. 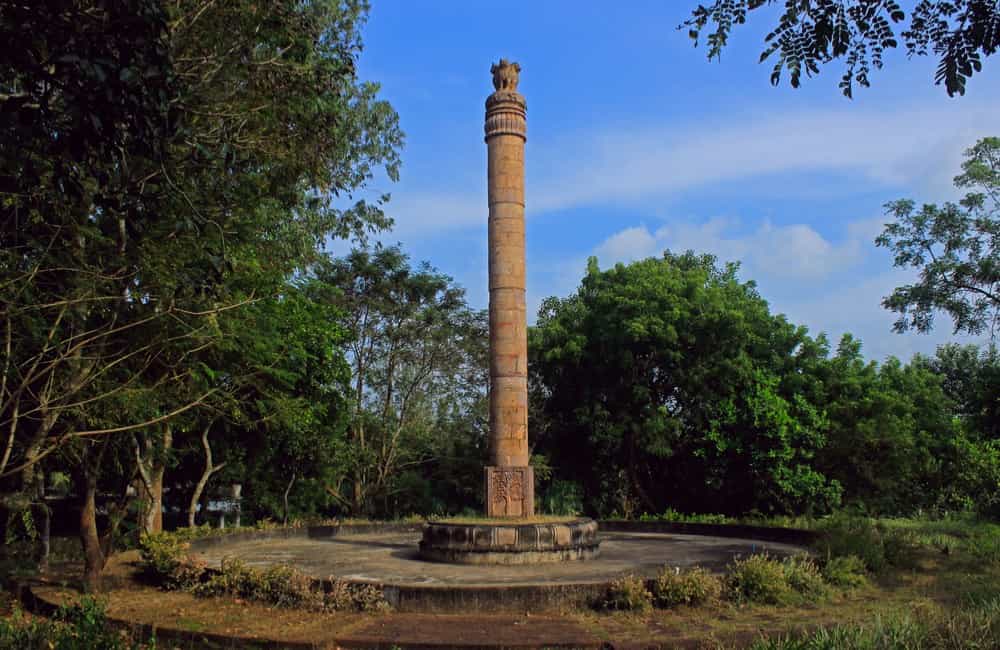 Situated to the south of Bhubaneswar, Dhauli is a hilly area with immense historical significance. It is presumed to be the place, where the Kalinga War was fought between Ashoka and the Kalinga state. There are several rock edicts you can see here, including the iconic Ashokan pillars with Prakrit and Brahmi inscriptions that date back to as far as 3rd century BC!