Bong or not, Durga Puja celebrations excite one and all. As everyone around readies themselves to welcome the Goddess Durga after her victory over the evil forces, the craziness level reaches another high. The rituals start with the morning flower offering (known as Anjali), bhog in the afternoon followed by the evening aarti and the Dhunuchi dance. Mumbai is truly a city that opens its heart to everyone. It celebrates Durga Puja with same festivity as it celebrates Ganesh Chaturthi. You can just roam around and find beautiful pandals, each having its own speciality and taste. Art is tastefully done here hinting the underlying Bengali culture. Like Ganpati mandals, puja pandals compete each other with great pomp and show. Most localities that organise these pujas appoint staff especially from West Bengal so as to not miss out on that element of the state. Let’s take a look at thebest puja pandals in Mumbai. 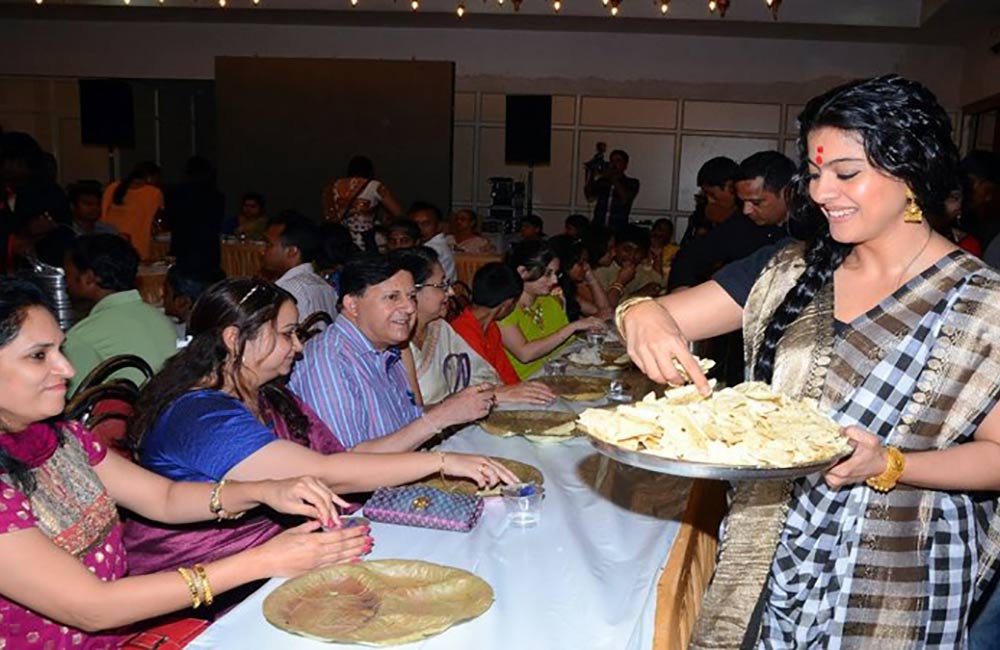 Witness the Mukherjee family serve bhog to everyone at Mumbai’s most famous and popular pujo celebrations. If you wish to see how the celebs celebrate this vibrant festival then this is to be. Also get a chance to watch live performances by the likes of Honey Singh and Usha Uthup. At: Hotel Tulip Star, VM Road, Juhu 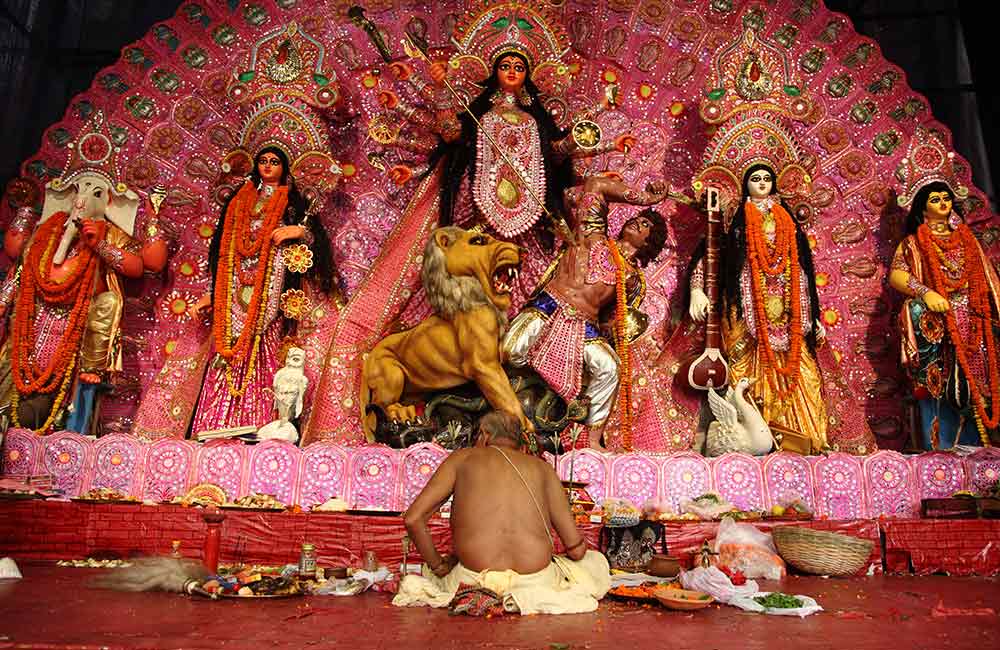 The 60-year old Durga Puja celebrations are popular for their authentic Bengali rituals and worship. The monks (or pujaris) take care of the decorations at this Their specialities include their Bhog, the food stalls and the bhajans recited by the monks. You may also check out the Kumari Puja and visit the bookstore for some Bengali literature. At: Ramakrishna Math, 12th Road, Khar (W).

Catch the Kalighat action in Dadar 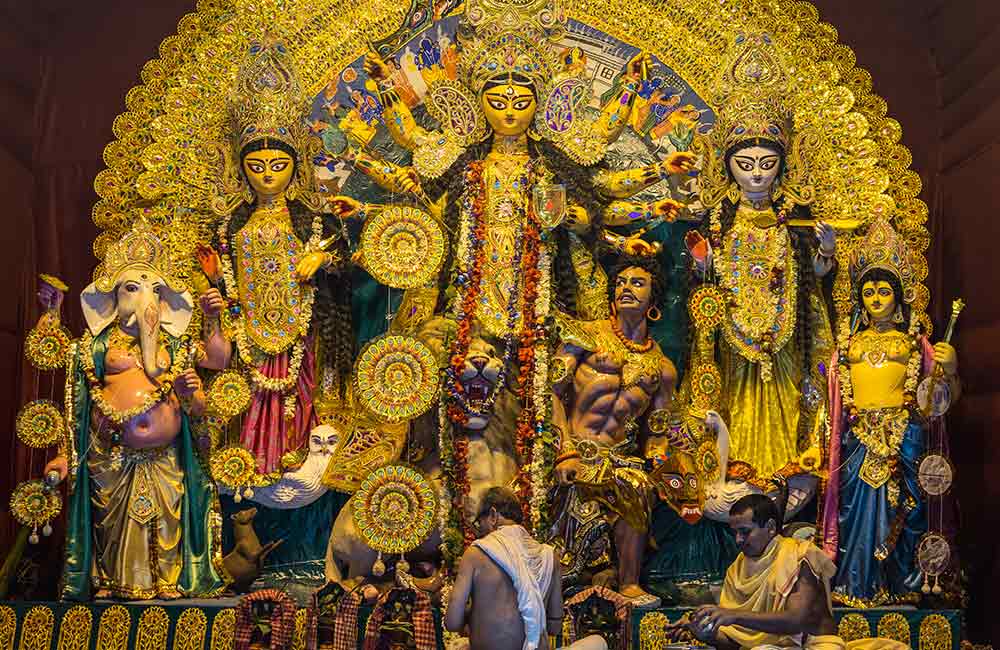 The Bengal Club projects the Kalighat temple in Dadar with replicas of the Paat paintings and metal finish idols. Being in the silent zone, it just organises Dhunuchi dance and children’s programme. The bhog that includes khichdi and payesh (or rice pudding) is as authentic as you will find in Kolkata. This pandal is known for its grandeur and magnificence. At: Shivaji Park, Dadar

Decades of Glory at Lokhandwala 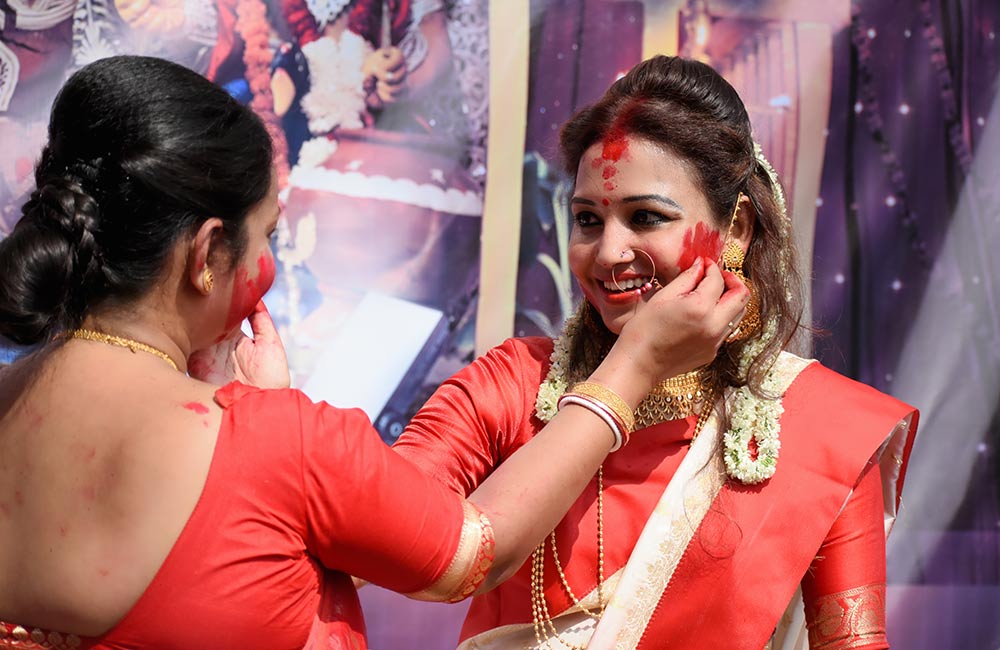 Organised by singer Abhijeet Bhattacharya, the Lokhandwala Durga Puja celebrations highlight the heritage of Bengal at its best. Known for its decorations, the pandal is a beautiful reminiscence of fairy tales. As per the singer, it is the ‘Disneyland for mature audience’/ Watch out for the special Dhanuchi dance where artists are called especially from Mushidabad, West Bengal. At: Lokhandwala Garden, Andheri (W). 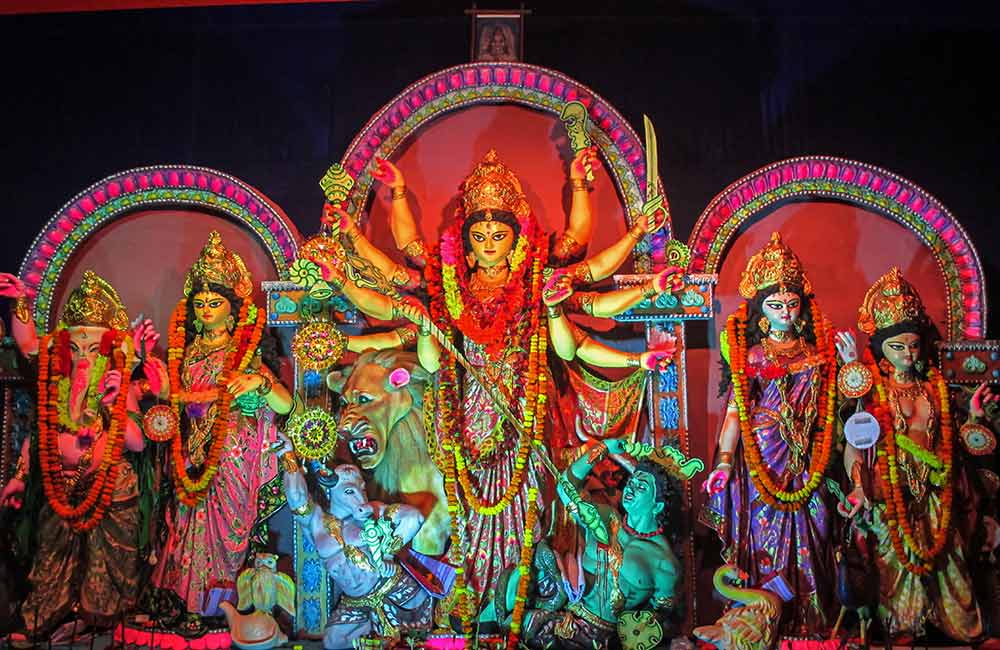 The Bombay Durga Bari Samiti’s Durga Puja, in its 85th year, will be showcasing the Ekchala i.e. deities in a single frame. The decorations would include Dhaaker Saaj or silver foil and the performances will be on Rabindranath Tagore’s compositions. Singer Kunal Ganjawala will also be part of a play here. Don’t miss out on the much popular Nalen Gurer ice cream stall. At: Tejpal Hall, Gowalia Tank So whether or not you are at Kolkata, you can’t miss out on Durga Puja celebrations. That’s the beauty of being in India. Here’s whishing all of you a great with your friends and family.

Harshita Srivastava
Words and travel, Harshita is hungry for both. Exploration throbbing through her veins, she’s always in search of words, destinations, sumptuous food, great coffee and stories.
Leave a Reply Cancel reply