Udaipur is known as the city of lakes, palaces and regal splendour; but it has much more to offer. The beautiful temples that adorn its landscape are counted amongst the popular places to visit in Udaipur. The tranquillity, soothing smell of incense and the chanting of prayers at these temples make you fall into a trance. So, take a break from all the hustle and bustle to visit these popular temples in Udaipur. 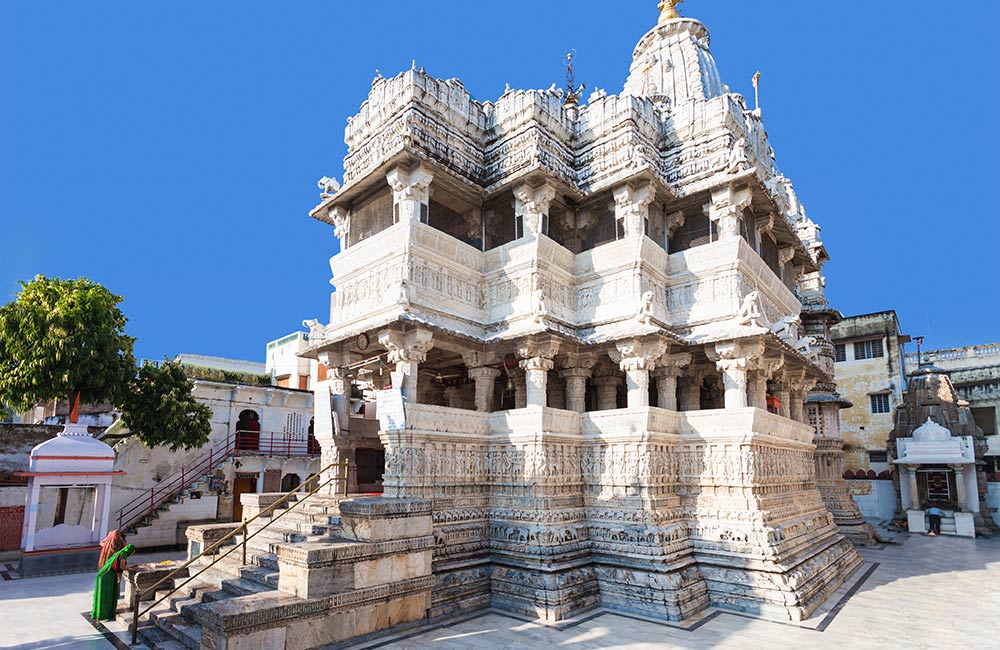 One of the most popular temples in Udaipur, Shree Jagdish Temple is dedicated to Lord Vishnu. This three-storey temple was built by Maharana Jagat Singh in 1651. Designed in Indo-Aryan architectural style, it has a pyramidal spire, mandap and porch. Its spire with stunning sculptures is around 79 feet tall and can be easily spotted from a distance. The main shrine has a four-armed image of Lord Vishnu in black stone and has four smaller temples encircling it. 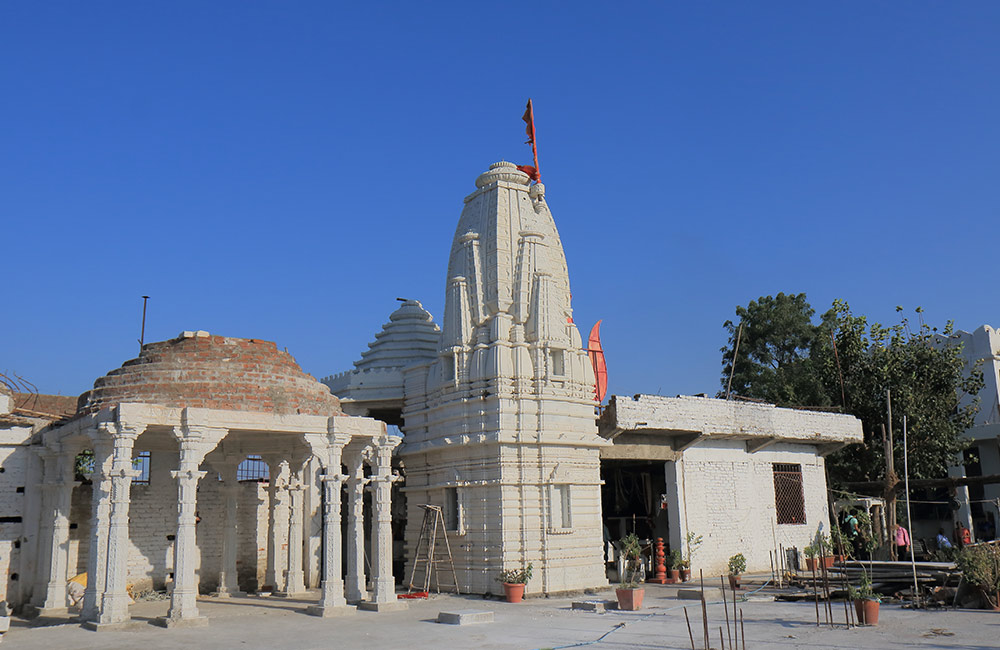 Shri Manshapurna Karni Mata Temple is dedicated to Karni Mata, who is believed to be the human incarnation of Goddess Durga. As per legends, she resurrected her son as a rat, and also, it is said that all her family members become rats after death and reside here. The temple is believed to have been built during the reign of Maharana Karan Singh, 1621-1628. However, it remained in ruins for years, until 1994 when it was restored by Shree Karni Mata Trust. Owing to its location on a hill, the views are simply stunning from the top, especially during sunset. You can reach the temple by ropeway. Read more about historical places in Udaipur 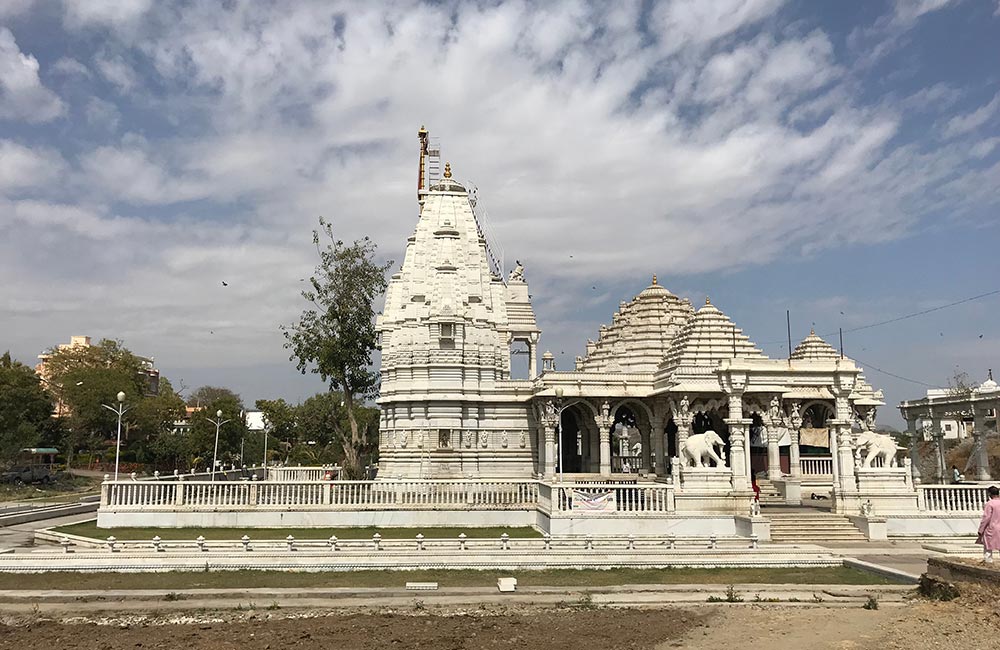 Mahakaleshwar Temple is one of the renowned temples in Udaipur. It is situated near the Fateh Sagar Lake, opposite Panna Vilas with the Aravallis forming a splendid background. The temple is dedicated to Lord Shiva (Mahakaal) and is believed to be more than 900 years old. According to folklore, the popular saint and an ardent Lord Shiva devotee Guru Gorakhnath worshipped at this religious site. The main shrine of this beautifully carved temple has Shivlinga in black stone. Aartis are done daily at the temple, but the Rudrabhishek Aarti is the highlight that attracts devotees in large numbers. There are numerous other small temples dedicated to other gods and goddesses within the premises.

Dedicated to Lord Shiva, Eklingji Temple is one of the oldest temples in the Udaipur district. It was constructed in 734 AD by Bappa Rawal – one of the ruling Maharanas of Udaipur, who are considered to be representatives of Shri Eklingji. The two-storey temple with pyramidal roof and beautifully carved towers has been rebuilt, renovated and expanded quite a few times since its construction. The main shrine has a five-faced Shivlinga in black stone and was established (pratishtha) by Maharana Raimalji (1473-1509). The highlight of this grand and magnificent temple is the 50-feet-high Shikhar. 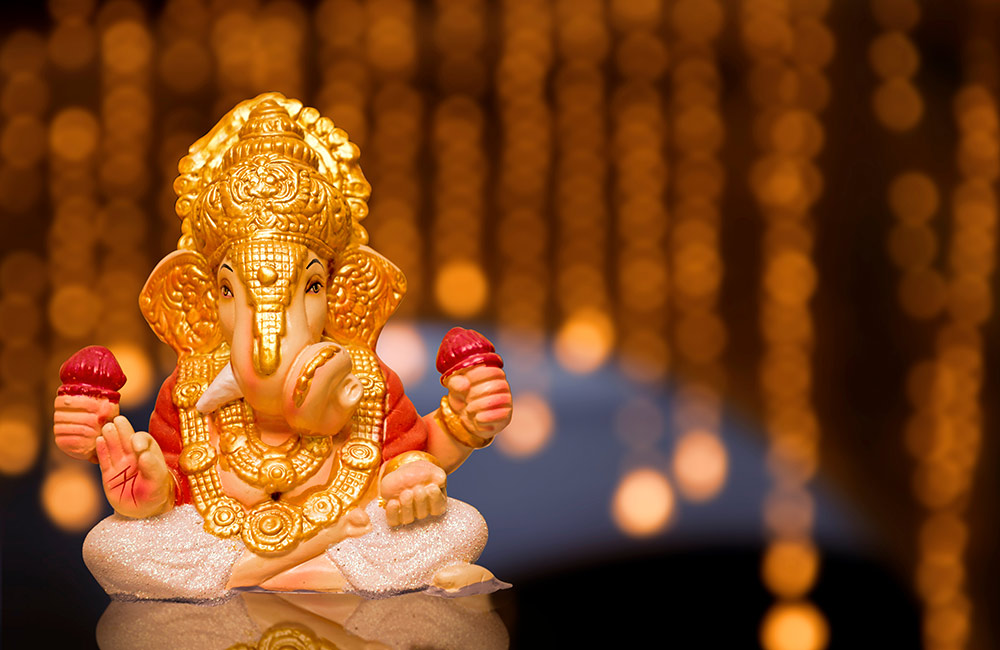 Bohra Ganesh Temple is a popular temple located near Mohanlal Sukhadia University in Udaipur. This temple with a standing idol of Lord Ganesh was constructed over 350 years ago. According to folklorists, around 70-80 years ago, devotees would seek monetary help from Lord Ganesha by writing their requirement on a piece of paper and miraculously, their money problems were resolved. This is actually the reason why Lord Ganesh is called Bohra Ganesh here as it’s generally the Bohra cast that’s engaged in the money lending business. Nonetheless, it is said that an ardent devotee with real faith always gets his wish fulfilled here.

Neemach Mata Temple, popularly known as the Vaishno Devi of Udaipur, is located on a 900-metre-high hill in the Dewali area along the shore of Fateh Sagar Lake. The temple is dedicated to Goddess Ambaji (Neemach Mata), who is considered to be the clan deity of the Maharanas. The temple is visited by a multitude of devotees, especially on Navratras, Diwali, Dussehra, Haryali Amavasya and other festivals when special aarti is performed. After seeking blessings of the goddess, devotees can also soak in the beautiful views from the hilltop.

Ambamata Temple in Udaipur is associated with an interesting story. It is said that Maharana Raj Singh (1652-1680) of the princely state of Mewar suffered from a severe eye problem that didn’t cure even after many medications. He was then advised to seek blessings of Ambika Mata at a temple in Gujarat. However, before he could begin his journey, he had a dream where Ambamata told him to not come to Gujarat and instead meet her at a particular site. Maharana along with his courtiers reached there and began digging, where they ultimately found an idol of the goddess. Thereafter, Maharana built this white stone temple at the same site, and was astonishingly cured. The temple has emerged as one of the major places of worship thronged by devotees year round. 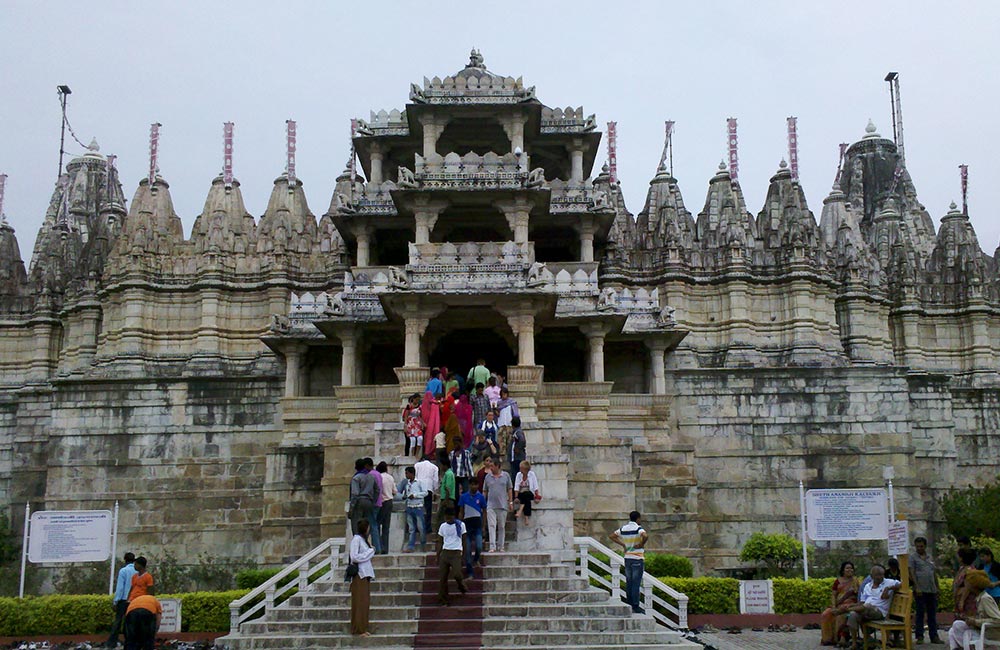 Mahalaxmi Temple is dedicated to the goddess of wealth and prosperity. The goddess is considered to be the family deity of Shrimali Samaj, and the temple is managed by the Shrimali Jatiya Sampati Trust. Although the temple is visited by several devotees daily, the number increases manifold during the festival of Diwali. Long queues can also be seen on goddess’ birthday on the eighth day of Shraddha Paksha as it is celebrated with great fervour and enthusiasm. 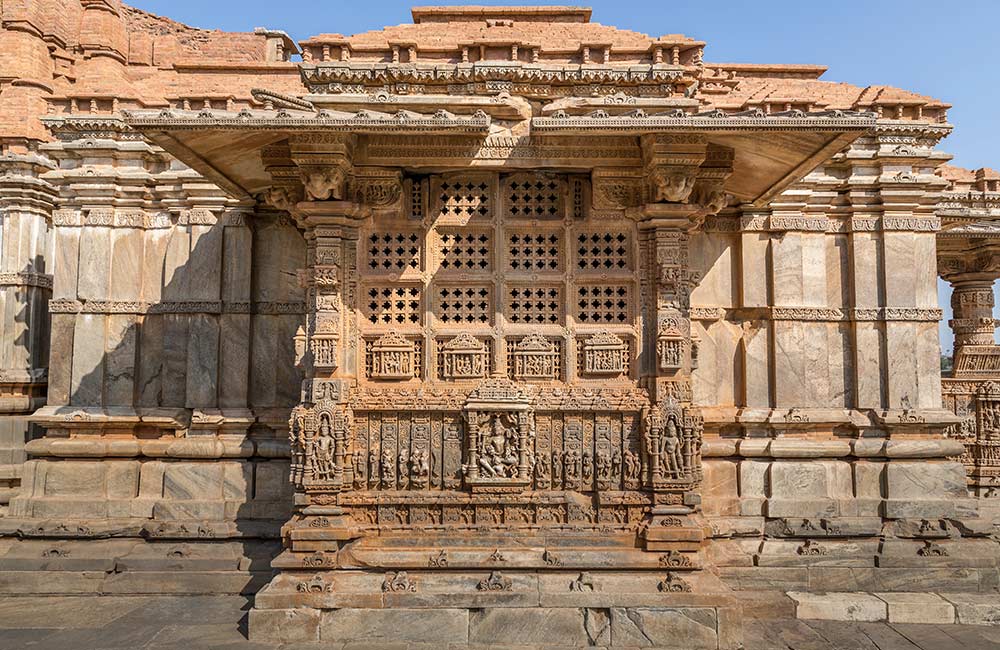 Sahastrabahu Temple, also known as the Sas-Bahu Temple, is located on the ancient site of Nagda at the foothills of the Aravallis. Sahastrabahu actually refers to Lord Vishnu and means the one having a thousand arms. The intricately carved cluster of temples dates back to the 9th-10th century, and is part of the list of heritage monuments of the Archaeological Survey of India. Legend has it that King Mahipala of Kachchhwaha Dynasty built Lord Vishnu temple for his wife and later, his son constructed Lord Shiva temple for his wife. There, thus, existed a temple each for the mother-in-law (sas) and the daughter-in-law (bahu). 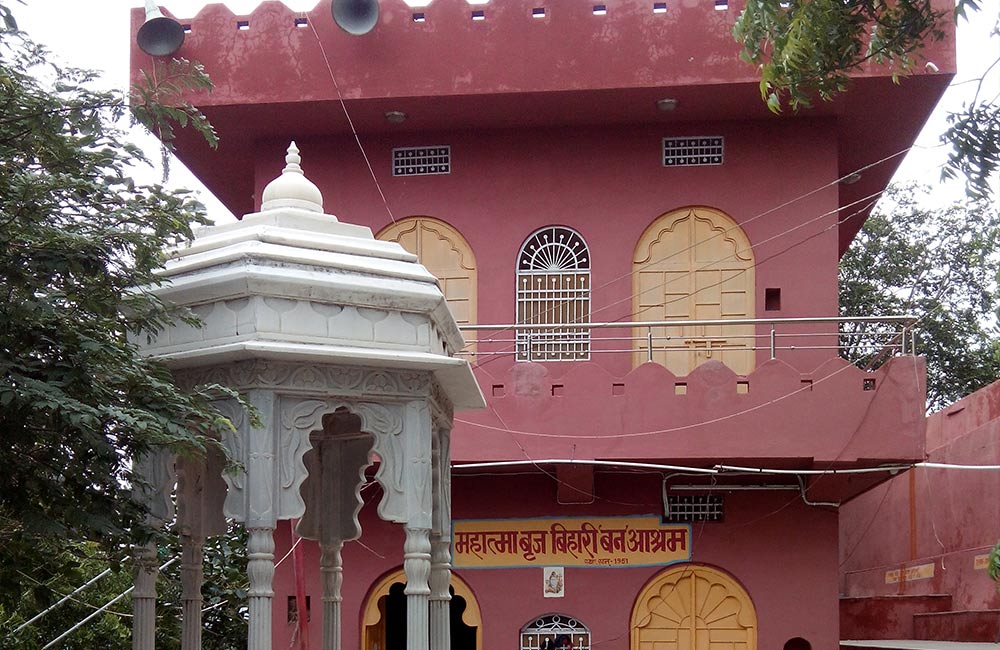 Gupteshwar Mahadev Temple is located in the inhabited Teetardi village in Udaipur. The main shrine of the presiding deity Lord Shiva is situated inside a cave on a hill. Upon reaching the bottom of the hill, devotees need to walk uphill for around 800 m to reach the main temple. On reaching the top, not only do they get the blessings of Gupteshwar Mahadev, but also get to enjoy the amazing views of the lush surroundings. Since the temple is located on the outskirts in a remote area, it is advisable to book a round-trip taxi or auto-rickshaw that can wait in the temple’s parking facility at the bottom of the hill.

Besides these popular temples, there are also several beautiful churches in Udaipur that you can explore during your sojourn in the City of Lakes.