Days after Prime Minister Narendra Modi called upon the nation to shun single-use plastic during his Independence Day speech, Indian Railways has decided to impose a ban on the same on its premises starting from 2nd October, 2019. Reports suggest that approximately 6,289-ton plastic waste is found on India’s railway tracks, and this noteworthy measure has been taken to minimize it and emphasise eco-friendly disposal. Following the ban, Piyush Goyal-led Railway Ministry has instructed all its units across the country to cut the use of single-use plastic (that isn’t less than 50 microns).

In the first phase, authorities have been directed by the Railway Board to expedite the installation of 1,853 plastic bottle crushing machines at 360 major Indian railway stations. This is in line with Indian Railways’ announcement made last year to install plastic bottle crushers at 2,000 stations across the country. As per the plan, these machines will be installed on platforms and at exit points to prevent passengers from throwing used bottles anywhere on the station premises or tracks. 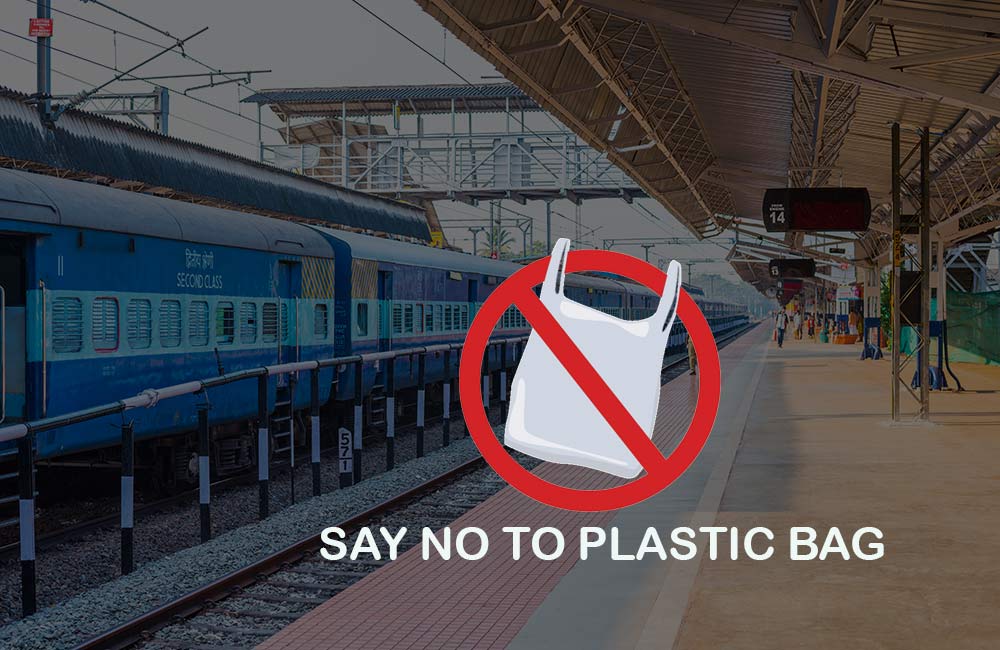 The board has also asked the catering arm of Indian Railways – Indian Railways Catering and Tourism Development Corporation (IRCTC) – to implement the practice of returning plastic drinking bottles as part of Extended Producer Responsibility. Moreover, all vendors at railway stations have been asked to avoid the use of plastic carry bags. Railway employees are also being encouraged to reduce, reuse and refuse plastic products and give preference to reusable bags. To generate awareness about the same, Information, Education, and Communication (IEC) measures will be adopted.

On the World Environment Day last year, the railways had already decided to use eco-friendly plates made of disposable material like bagasse for serving meals in a bid to beat plastic pollution in some premium trains. Caterers at Varanasi and Rae Bareli stations were also instructed earlier this year to use terracotta-made ‘kulhads’, plates and glasses; this was implemented on select routes.

With green initiatives like these, the dream of making India a plastic-free nation by 2020 isn’t far off. While Indian Railways is doing their part, you can do your bit to reduce the environmental footprint by making the littlest of changes in your travel plans and becoming a responsible traveller.

Read our blog on 10 Tips to Be an Eco-Friendly Traveller to know more about ‘Green Travel’!