Kolkata is a city that enchants you with its kaleidoscopic reflection of Bengal’s culture, tradition, and history. The city still resonates with melodious Rabindra Sangeet and there is a whiff of Bengali delicacies in the air. Kolkata has preserved not only its own heritage, but that of the country well through the museums that hold a place of pride among locals. A science museum, rail museum, tram museum, and museums dedicated to famous personalities like Subhash Chandra Bose and Rabindranath Tagore are just a few of the many gems gracing the city. A visit to any of these museums while staying at hotels in Kolkata is an enriching experience as these offer a deep insight into not only our history but that of the world. 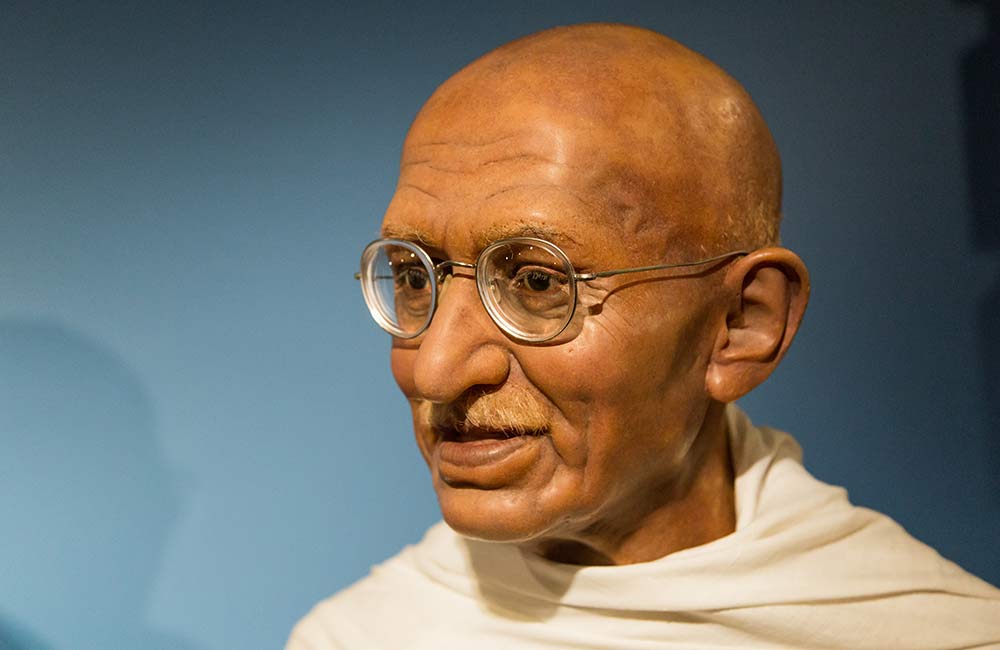 Wax Museum Kolkata is one place that is sure to give visitors a sense of adventure and awe, to say the least.  Located in the satellite township of Rajarhat New Town near the famous Eco Park, the museum boasts statues of world-renowned icons and celebrities. Where one part has the lifelike statue of legendary Bollywood star, Amitabh Bachchan, the other side has a statue of iconic poet and Noble Laureate, Rabindranath Tagore. The vast museum spans across two floors that are divided into several sections, each of which has sculptures of famous celebrities from a specific area. Right from sports, literature, spirituality, Hollywood, Bollywood, and Bengali Cinema to National leaders, scientists, and cartoon characters, the museum houses at least one eminent personality from every field. So, you will find Messi and Maradona basking in the limelight along with Tom Cruise, Harry Potter, Einstein, and Vivekananda.

The museum requires its guests to adhere to certain guidelines, which are there for the safety of the wax statues. These include touching the statues, and carrying matchboxes, inflammables, water and eatables not being allowed inside the museum. Though you can take as many pictures and selfies as you want with your idols, videography is strictly prohibited. A special attraction at the museum is a tattoo light show that is held in one of the rooms. 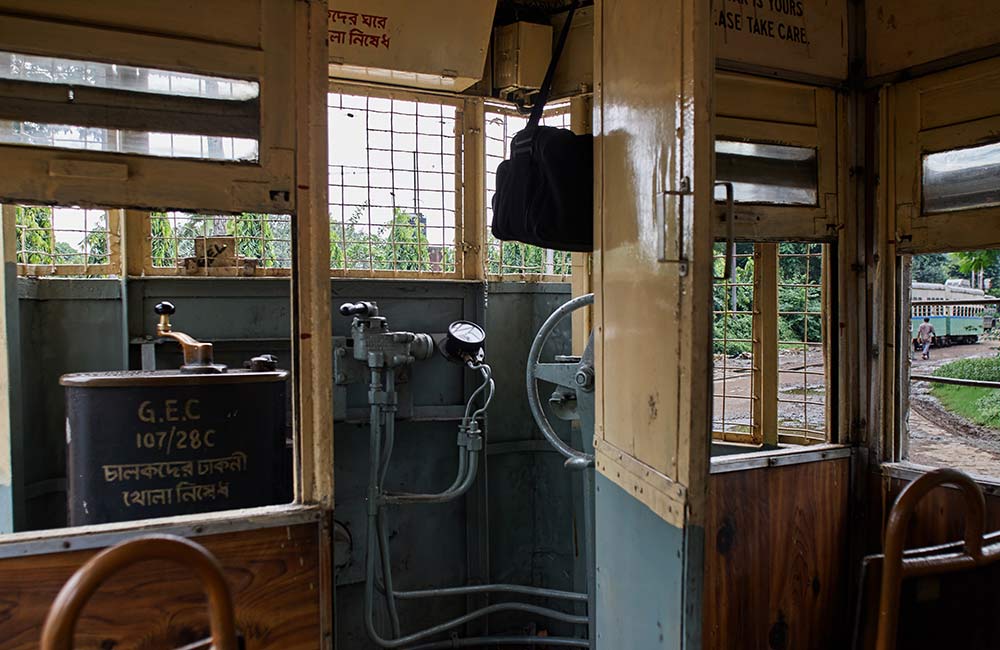 It is almost imperative to include the Tram Museum in this list of Kolkata museums, for the simple reason that Kolkata is one of the few cities in the world and the only one in the India where trams are still running on roads, much to the delight of tourists. A tram museum is befitting for the city of Kolkata, which has had a very long association with trams. The name of this Kolkata museum, which is actually a refurbished tram itself, is ‘Smaranika’ and it is located adjacent the CTC Terminus. This 1938 tram, which was transformed into a museum, retains its sheen and past glory in its magnificent exterior.

The interiors on the museum-cum-tram have been renovated to include wooden fittings. Artifacts related to trams like conductor caps and uniforms, old tram tickets and coin exchange machines form a key section of the museum in one of the two compartments of the tram. The second compartment holds wooden benches, and walls adorned with framed pictures and quotes and poetry by Rabindranath Tagore. Entry ticket to the museum has also been designed as a tram ticket, making the entire experience fascinating.

Also Read: Things to Do in Kolkata 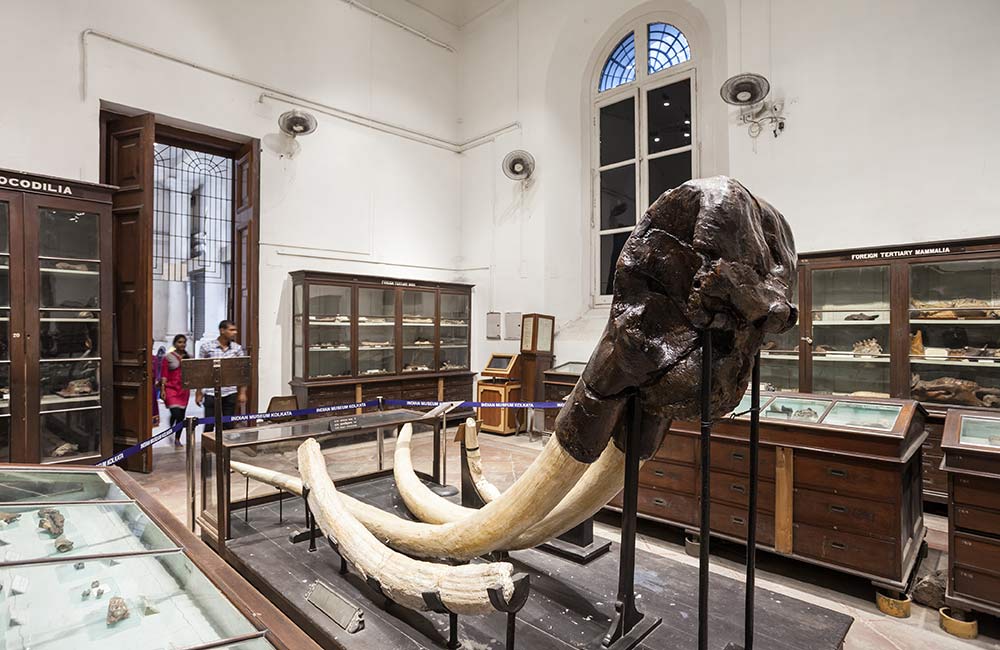 Dating back to the year 1814, Indian Museum Kolkata is one of the oldest museums and the largest museums in India, housing as many as one lakh exhibits! The locals call it ‘Jadughar’, which translates to House of Magic in English. It is home to several relics from the past that are a reflection of the rich heritage of the country. There are more than sixty galleries inside the museum dedicated to art, zoology, archaeology, geology, anthropology, and economic botany. Visiting the museum offers you a chance to witness the myriad facets of history and culture. Starting with contemporary paintings and sacred Buddhist relics, the museum takes you on a fabulous journey to ancient sculptures and Egyptian mummies, to name just a few.

The Mughal era, reflected through paintings, as well as armor and ornaments from different eras, and fossils, and skeletons all give you an enriching experience. This Museum has been awarded the status of an Institution of National Importance by the Indian government. Once here, do not forget to see Shahjahan’s goblet, human embryos, and remnants of meteorites that have been preserved fabulously at the museum. 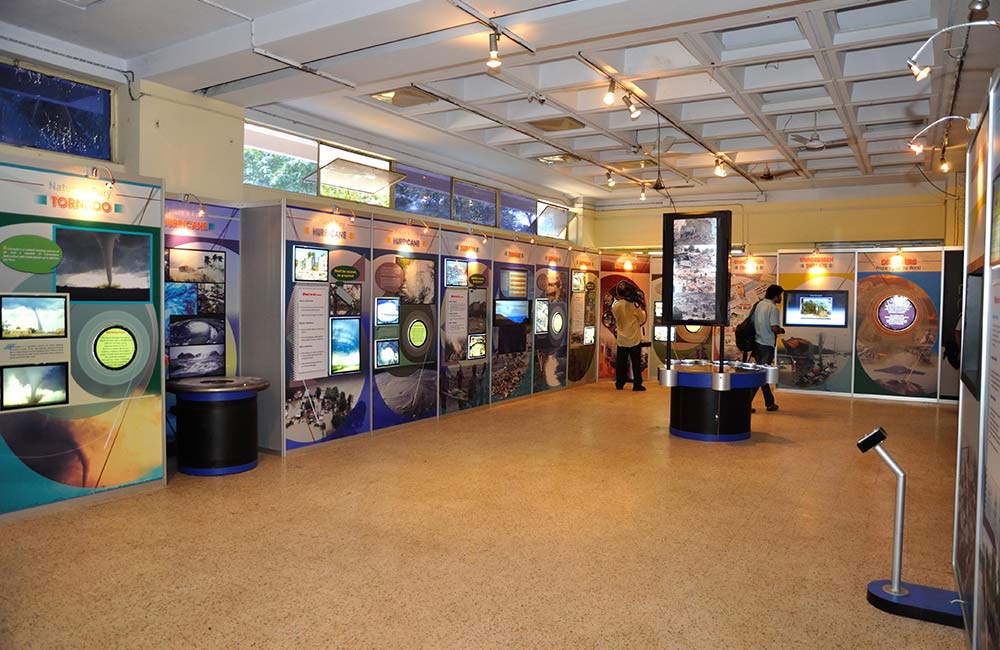 Popularly known as Birla Museum Kolkata, the museum was set up in the year 1959. The Birla Museum displays the scientific aspect of mankind through its exhibits. There are several parts of the museum that have been segregated into categories like Physics, Biotechnology, Transportation, Motive power, Life Sciences, Metals, Electricity, and Electronics. A not-to-miss attraction at the museum is a mock underground coal mine.

For those, looking for more information on the exhibits and the science behind them, the museum premise also has a well-stocked library. Here you can browse through a vast collection of CDs, journals, publications and books for a nominal fee. To maintain the buzz around science, the museum organizes several events throughout the year. Science seminar, annual science quiz, engineering and science fair, science drama competition, hobby camps, and film festivals are some of the interesting events that take place here. The Birla Science Museum Kolkata is also involved in enriching the educational field by providing teaching aids to several educational institutions and organizing activities like sky observation days, and lectures and seminars. 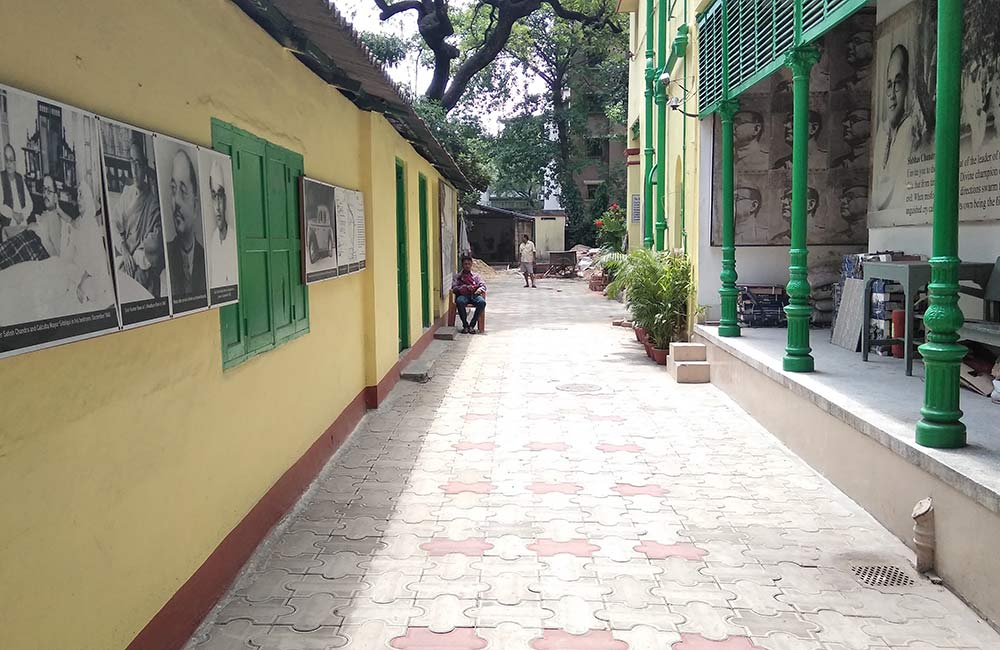 The city of Kolkata has a special connection with Netaji Subhash Chandra Bose. You can pay homage to him at Netaji Bhawan, which is a museum- cum-memorial hall. The ancestral residence of Netaji Subhash Chandra Bose, who was an iconic figure in the freedom struggle of India, houses all his belongings like furniture, pens and his legendary ‘khaki’ attire in pristine condition. The arms and ammunition used by him also form a part of the museum collection.  Memorabilia related to Netaji acquired from all over the globe are also showcased historic museum.

A library full of books and other reading material by and on Netaji is quite interesting. This museum was restored and is now being maintained by the Kolkata Municipal Corporation, while it is owned and managed by the Netaji Research Bureau. The house itself dates back to the year 1909, when it was built by Netaji’s father, Janakinath Bose. He had given up the house to be utilized in the freedom movement on January 23rd, 1947 and thus it played a strategic role in the nation’s service. It became the hub of all political activities in Kolkata during the freedom fight. A must-see attraction of this museum is the staircase that was used as a secret exit from the house by Netaji and the car that was used by him in his escape. The birthday week of Netaji Subhash Chandra Bose attracts a large number of his followers. The museum gives an insight into the life of Netaji, while making you wonder about the truth behind his mysterious disappearance. 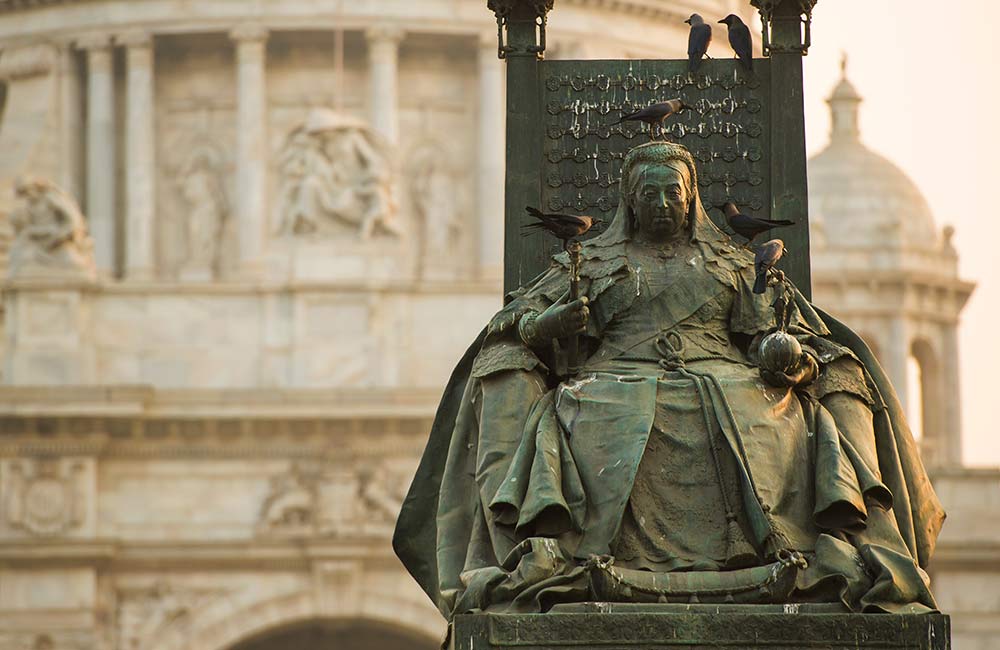 This museum was built in the memory of Queen Victoria during the British Raj. Lord Curzon had played a key role in setting up this memorial for Queen Victoria after her demise in the year 1901. Indian history is well reflected in the gardens, statues, and pictures on display at the museum. Its magnificence has earned it the name ‘Taj Mahal of Kolkata’ among the locals. Located on the banks of river Hooghly, Victoria Memorial has as many as twenty-five galleries, each of which is a treasure trove of paintings, manuscripts, and artifacts. For connoisseurs of art, the Kalighat paintings and Mughal paintings are a visual delight. Take some time to have a look at manuscripts like the works of Shakespeare, Rubaiyat of Omar Khayyam and every book lover’s favorite, the Arabian Nights. The museum is surrounded by manicured gardens that are open for visitors from early morning to evening for an entry fee. 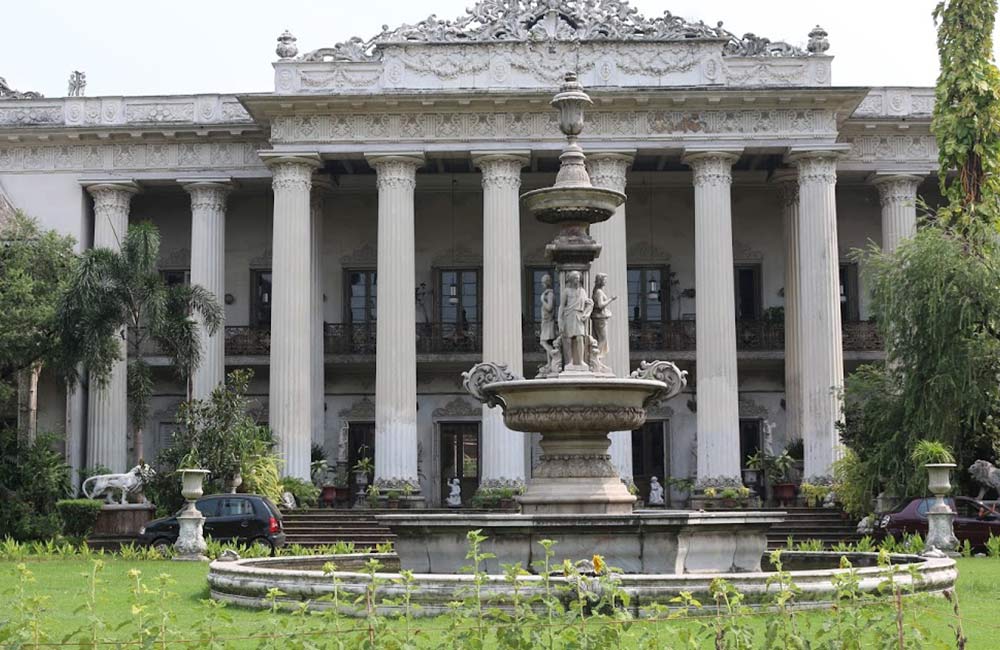 Marble Palace charms visitors with its white facade that has aged gracefully and has become even more elegant with the passage of time. The marble walls and pillars of the palace have beautiful, intricate carvings. Though a part of this museum still serves as a residence of its owners, the rest of it was converted into a museum way back in 18th century by Raja Rajendra Mullick, an art collector. Indian and Western paintings by artists like John Opie, Titian, Ruben, and Murillo,  sculptures from around the world, Victorian furniture, medieval chandeliers, clocks and mirrors transport you back to eras gone by.