There is no shortage of beautiful places to visit in Indore but an escape to one of its religious centres can leave visitors truly rejuvenated. Devotees can visit the temples in Indore for their religious significance while their historical association or architectural brilliance might interest tourists. Known for their holy ambience, these Indore temples can help you connect with your spiritual side and are thus a must visit in the city for a surreal experience.

Here are a few notable Indore temples that must be visited while exploring the city: 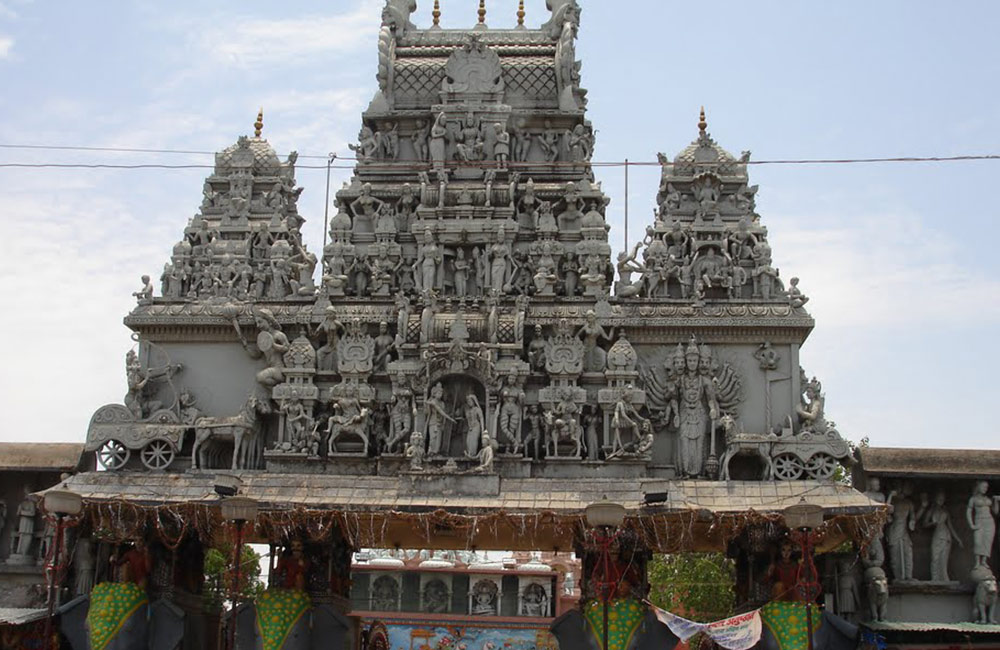 Annapurna Temple | #1 of 5 Temples in Indore

The architecturally brilliant Annapurna Temple is a popular religious site in Indore, dedicated to Annapurna – the Goddess of Food. Besides the main shrine, the complex also has temples of Lord Shiva, Hanuman and Kala Bhairav that are equally revered.

This place of worship is said to resemble the popular Meenakshi Temple at Madurai. Adorned with intricate carvings and stunning paintings, this holy site impresses visitors as soon as they enter the complex because of its ornamental gate. The entrance has four mammoth statues of elephants that look almost real.

The temple is thus a must-visit for all tourists, even if they don’t have any religious inclination as they can always admire the architectural marvel. 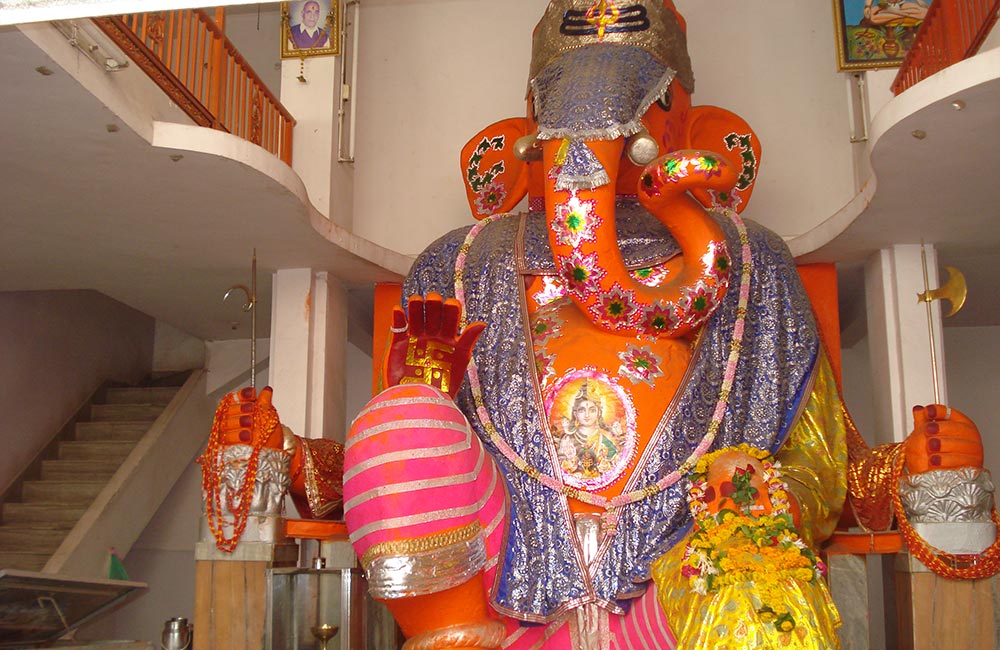 Built by Sri Dadhich in 1875, Bada Ganapati Temple is a well-known shrine in the city and its neighbouring regions. This holy site has been aptly named as it has the world’s largest idol of Lord Ganesha – the God of Happiness and Prosperity, measuring 25 ft. from foot to crown.

Another interesting aspect of the orange-coloured Ganapati idol installed at this temple is its configuration. A number of materials have been used for making it, such as bricks, limestone, pancharatna powder, jaggery, holy water of prominent pilgrimage centres, the soil of seven moksha puris, etc. Do visit this temple on your visit to Indore to pay your respects. 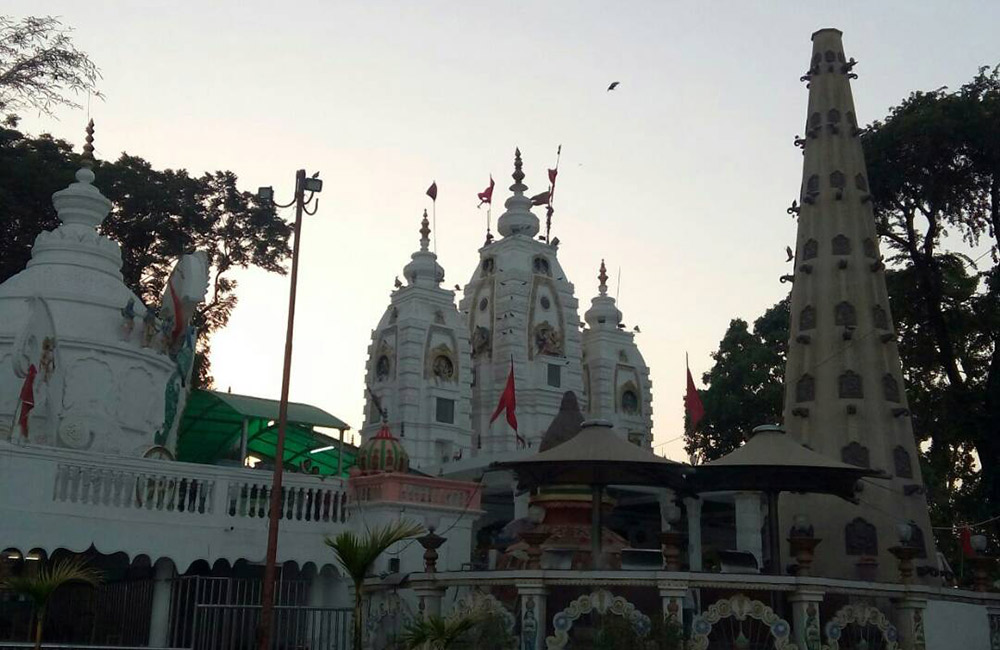 Shree Khajrana Ganesh Temple is one of the most visited temples in Indore. It is believed that all wishes get fulfilled by praying here, and locals especially have immense faith in this temple.

As per legend, the idol of Lord Ganesha installed here was hidden in a well to protect it from the tyrant Mughal ruler Aurangzeb. After the idol was retrieved in 1735, this temple was built by Rani Ahilya Bai Holkar and thereafter, numerous additions were done by others over time.

Presently, the deity’s eyes are made of diamonds while the gate and Garbhagriha’s outer and upper walls are made of silver. 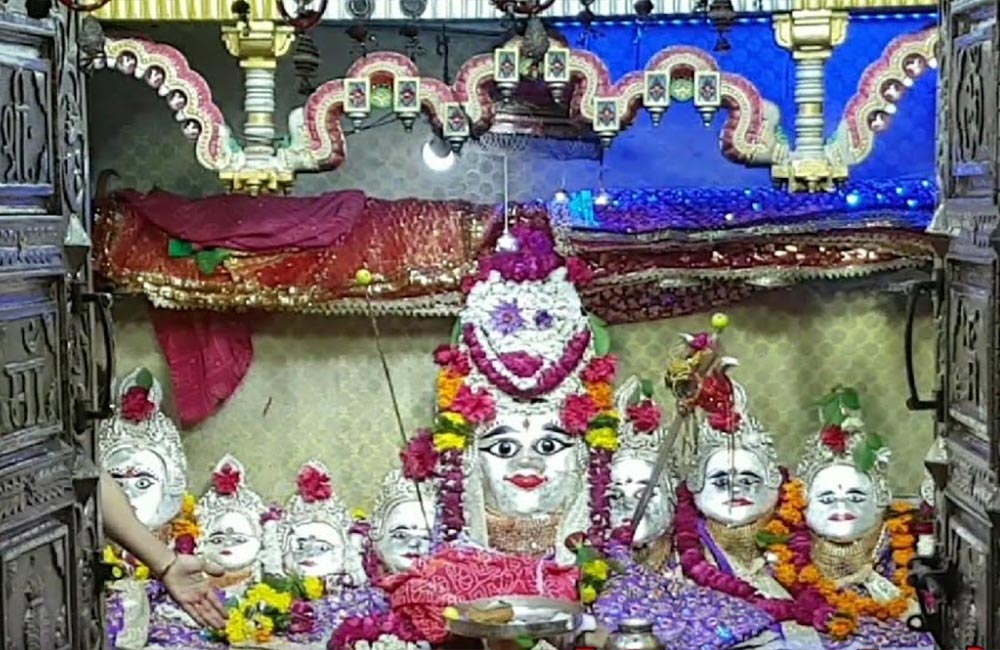 Bijasen Tekri, one of the renowned places of worship in Indore, is a humble abode of Bijasen Mata, who is considered to be an incarnation of Goddess Durga. It is believed that the power of the presiding deity here can even bring back the eyesight of the blind. Read also – Churches in Indore

Built in 1920, this temple stands on the top of an 800 ft. high hill (referred to as Tekri). Hence, visitors get incredible views of the city and the surrounding area, comprising lush gardens and a small lake, from here.

The main attraction of this place of worship is the extravagant fair held during Navratri that attracts both devotees and tourists in large numbers. 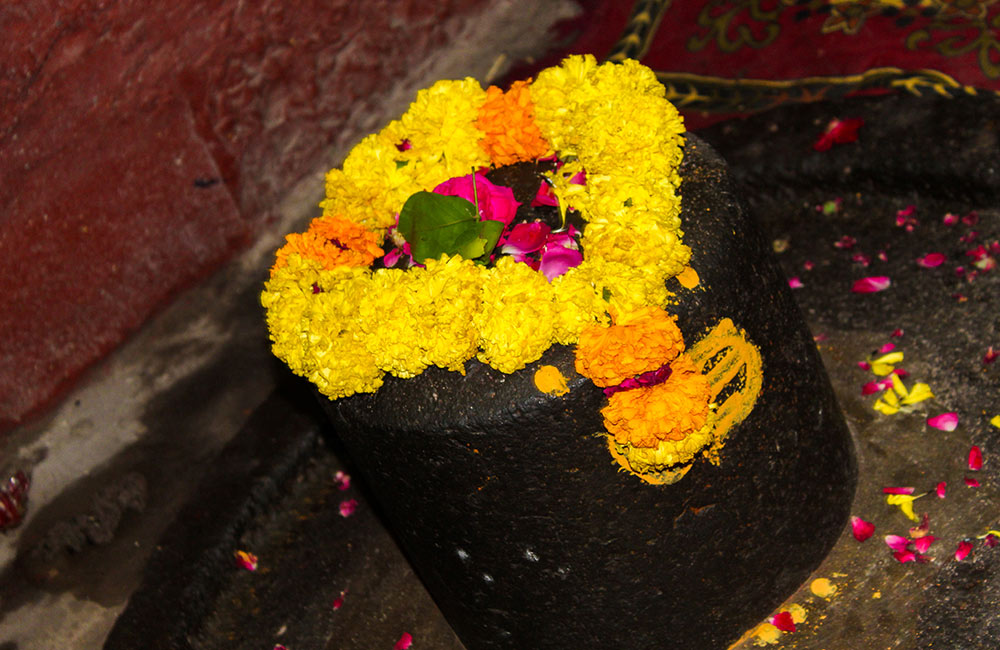 Devguradia Shiva Temple is an ancient temple, initially built in the 7th century from rocks and thereafter, renovated in the 18th century by Rani Ahilya Bai Holkar. Surrounded by water body on all sides, the temple’s present-day structure stands over a sunken shrine with the original Shivling present 12 ft. under water. There is also a water outlet that resembles a cow’s mouth in shape, thus referred to as Goumukh.

The temple is popularly known as Garuda Tirth among locals, who have immense faith in it. A grand fair is organised here every year on the occasion of Mahashivratri, when the temple is thronged by hundreds of devotees.

Along with these stunning temples in Indore, travellers must also try to visit the spectacular Kanch Mandir and Gomatgiri, which are prominent places of worship of the Jain community. After temple hopping, travellers can even fancy visiting the insightful museums in Indore that promise a cultural fiesta.