Patna Things to do

Top 12 Things to Do in Patna

Sprawling along the banks of River Ganga, Patna is a city steeped in culture, tradition and a rich heritage. Its architectural wonders, religious sites and Buddhist connection attract thousands of visitors and are reason enough for you to set out on a trip to the capital of Bihar. When you are planning a vacation, choose centrally located hotels in Patna as it gives you far more freedom to travel without spending too much time on the road. Wondering whether or not this ancient city has enough to keep you occupied? Well, to your surprise, it has a lot to see and explore.

Things to do in Patna:

1. Enjoy panoramic views of the city from Golghar 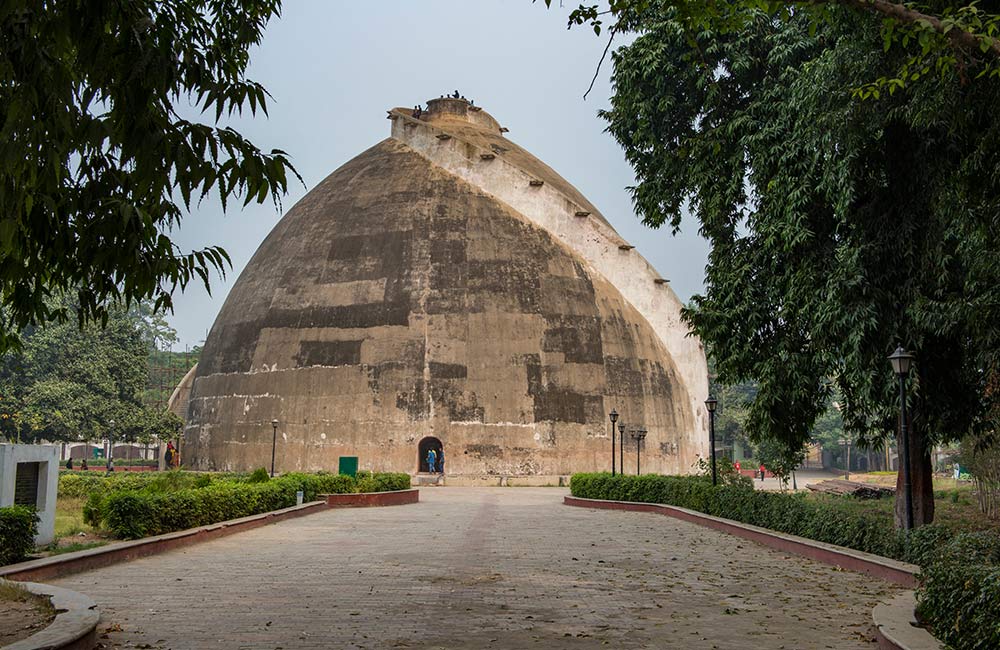 Golghar was built in 1786 by Captain John Garstin as a granary for protection against famine. It is located alongside River Ganga, and its unique shape is reminiscent of a bulb or a dome owing to which it is often visited by travellers. The inside of the granary is not accessible to the public. However, there is a spiral staircase leading up to the viewing area at the top of the dome, which offers a glimpse of the gardens below, the gently flowing river on the side and the city ahead. 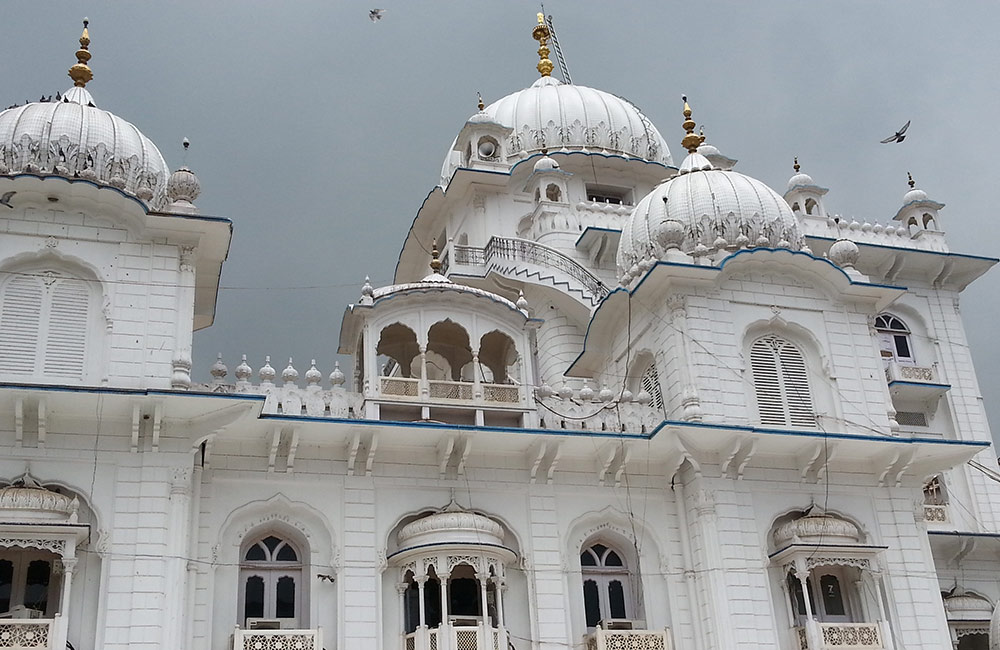 Takht Sri Patna Sahib, also known as Gurudwara Patna Sahib, was built by Maharaja Ranjit Singh in the memory of the revered Sikh guru – Guru Gobind Singh. It marks the birthplace of the 10th Guru of Sikhism and is one of the most visited holy places in the city for people of all religions. It is also one of the five sacred thrones or takhts which literally implies throne of authority or holy seat. With a special significance in the Sikh religion, this Gurudwara is definitely a must-visit.

3. Dive deep into the city’s history at Patna Museum 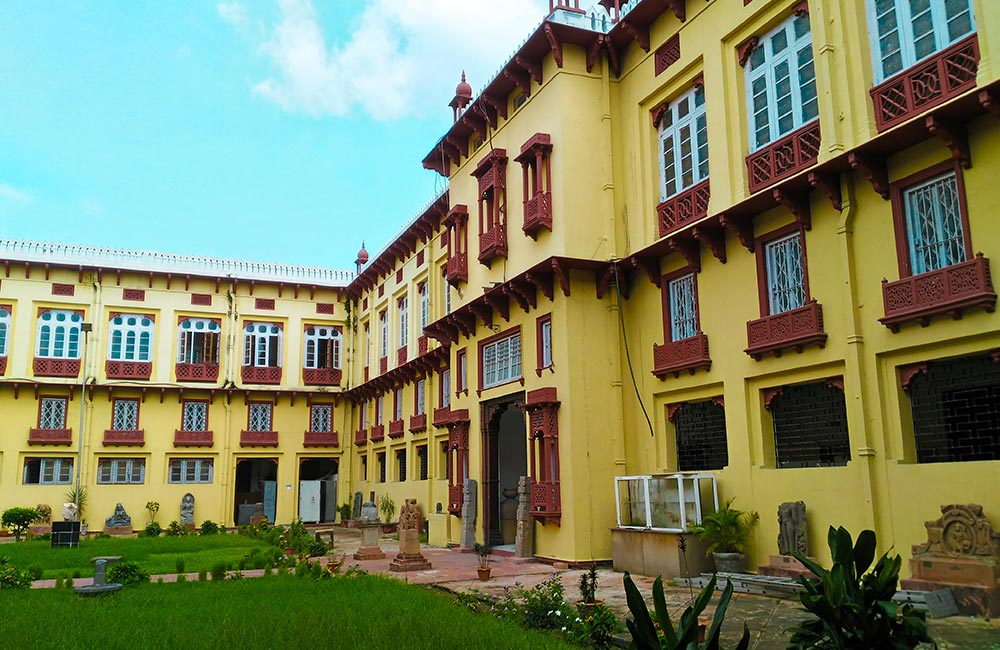 Taking you on a journey through Bihar’s rich past, Patna Museum is home to an extensive array of rare and unusual artefacts, relics, paintings, instruments and sculptures. It is said that it also houses the holy casket of Lord Buddha, containing his ashes and other items discovered during the exploration of the stupa at Vaishali. The museum has also preserved important items from historical sites such as Mohenjo Daro and Harappa including figurines and potteries. Among the treasures here, you must take time to admire the 53 ft. tall fossilized tree discovered in 1927.

4. Spend a day exploring the ruins of Pataliputra 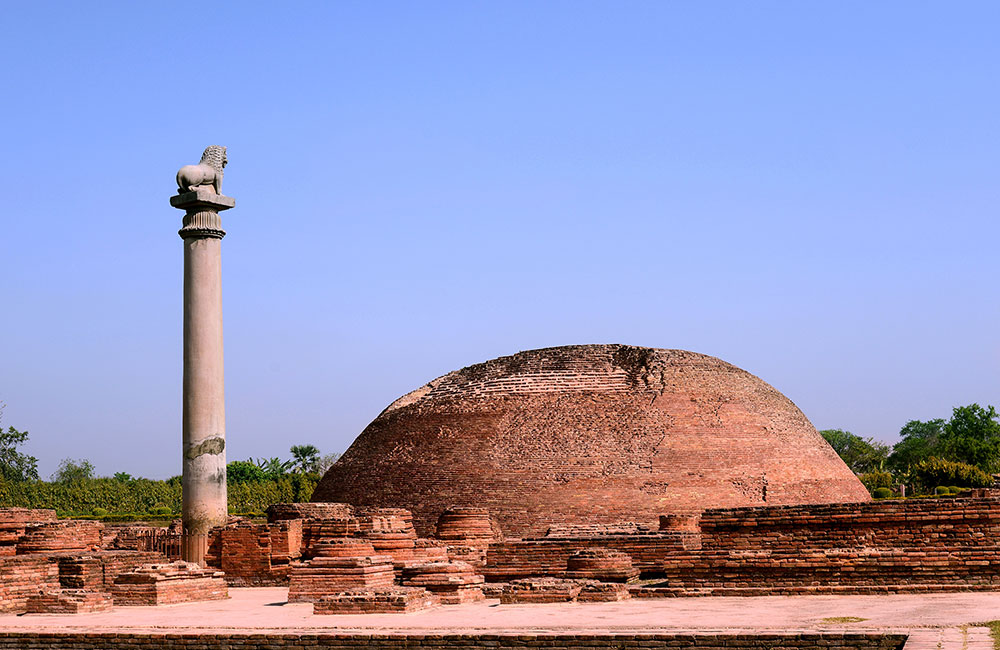 Some 5 km away from the city is an area called Kumhrar (or Kumrahar), where you can find the ruins of the ancient city of Pataliputra. Home to the remains of the Mauryan Empire, this site is one of the best places to visit near Patna. Archaeologists discovered an assembly hall here with 80 pillars during the excavation activity of 1912-1915 which remains to be quite popular among tourists. Among other notable remains on the site, Anand Bihar (a Buddhist monastery), Arogya Vihar and Durakh Devi Temple are a must-see.

5. Connect with your spiritual side at Buddha Smriti Park 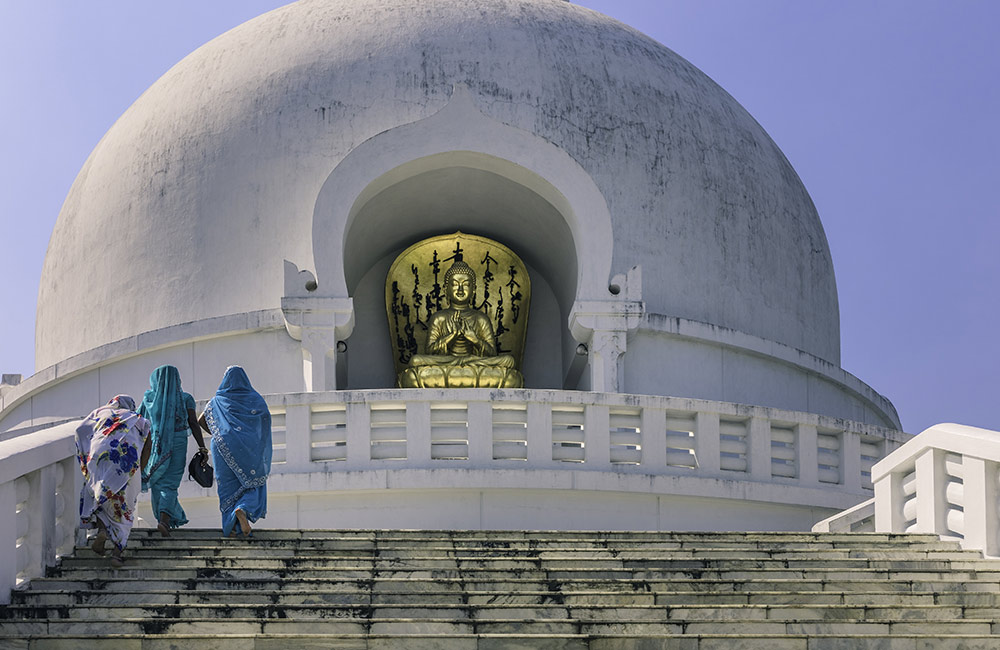 The Buddha Smriti Park was inaugurated by the 14th Dalai Lama and is a huge draw for tourists visiting Patna. Spread over a large expanse of land, this park is home to a sandblasted charcoal stupa called Patliputra Karuna Stupa. Within this stupa are saplings, which are said to be from the Bodhi Tree in Bodhgaya and Anuradhapura, Sri Lanka. Time seems to pass swiftly here since there is much to see including the Buddhist museum, a well-stocked library and a meditation hall, where you can spend some time meditating for a quiet and relaxing experience. 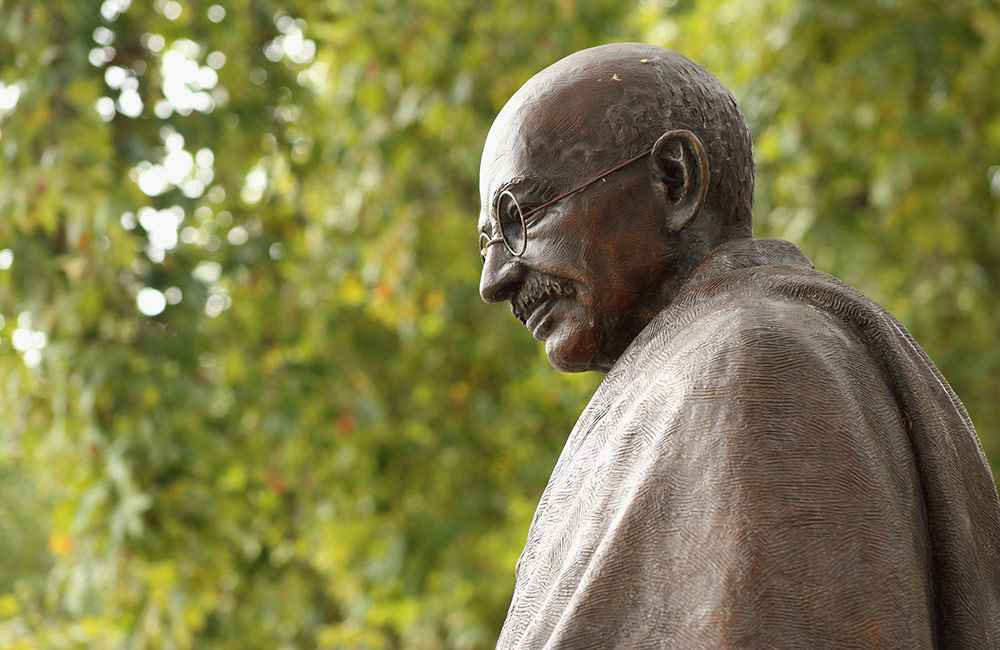 Patna has been the focal point for a number of important historical events in the country, and the sprawling Gandhi Maidan bears testament to this fact. A popular historical spot, the park is home to the tallest statue of Mahatma Gandhi in the world, rising up to nearly 70 ft. and made in bronze. During the independence struggle, the park was frequented by freedom fighters like Sardar Patel, Indira Gandhi and Maulana Azad. Today, it is a preferred spot for exhibitions and cultural events and also serves as a recreational centre for children.

7. Take a leisurely boat ride on the Ganga River 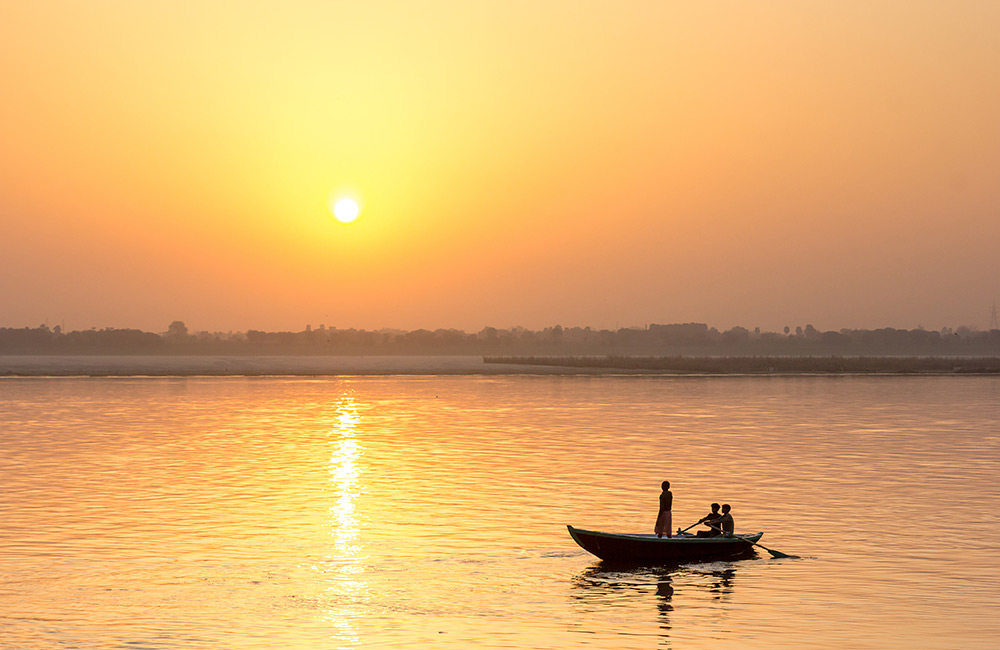 The gently flowing Ganga River is the lifeline of this busy city, and a perfect way to explore it is by hopping on a boat for a leisurely ride. Recreational activities around Ganga Ghat are under development but boating is available. A beautiful recreational spot, the Ganga Ghat also offers panoramic views of the river with the city in the backdrop. The best time to visit to enjoy boating in the river and experiencing a slice of the laidback Patna life is during late evenings.

8. Discover the mystery of Agam Kuan 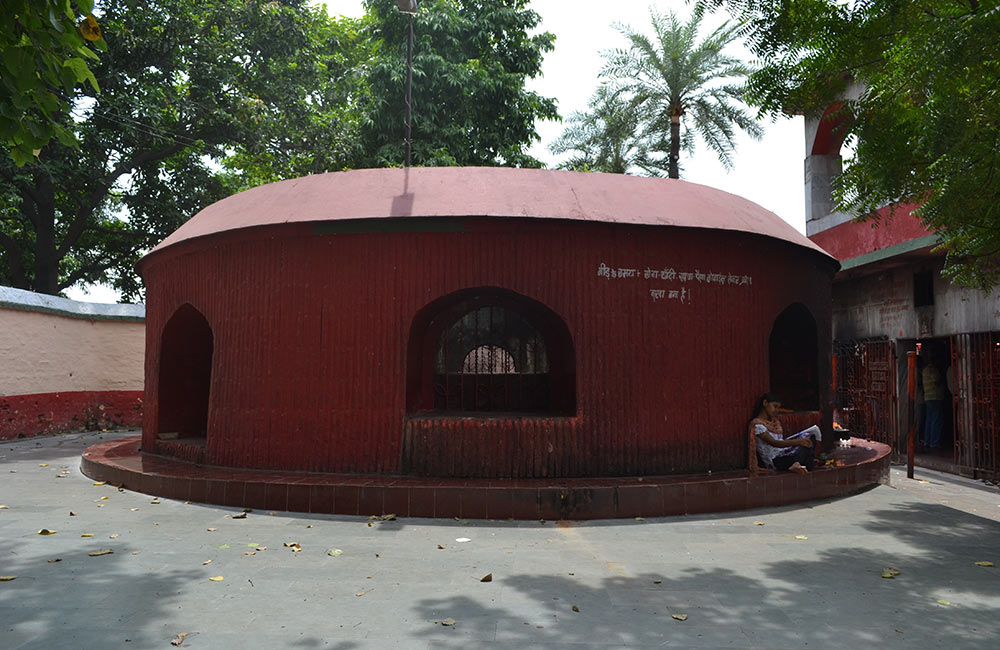 Shrouded in mystery, Agam Kuan is considered one of the oldest archaeological sites in the city. The stories surrounding the well are many but the most popular one dates back to the Mauryan period and suggests that King Ashoka built it. Approximately 105 ft. deep with a perimeter over 20 ft., the well with eight arched windows is believed to have been used as a torture chamber. Another contradictory legend states that a king called Chand had pushed a monk into the well but he later emerged on a lotus. Today, the well is considered auspicious among Hindus.

9. Go for a drive on Mahatma Gandhi Setu 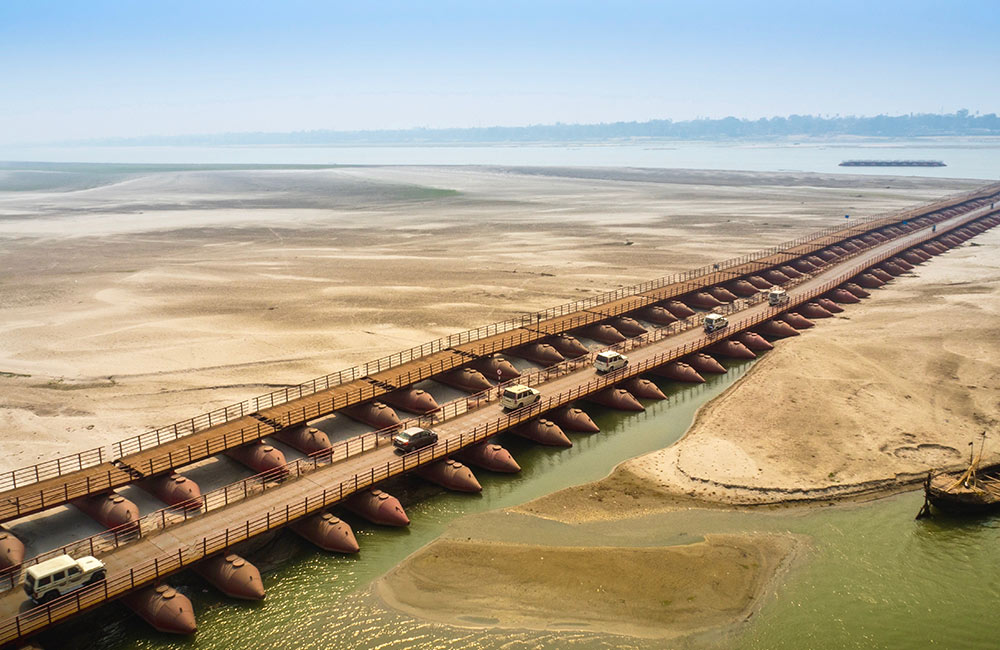 The second longest river bridge in India and one of the longest bridges in the world, Mahatma Gandhi Setu extends to almost 5.7 km connecting Patna to Hajipur. The four-lane highway has gradually become synonymous with the city of Patna and offers breathtaking views of the River Ganga. It is the only means to commute for a number of people and is a landmark bridge of the country. When you are in Patna, a drive through this iconic bridge will stay with you, especially if it’s during the sunset which can be admired from the river bridge in all its glory. 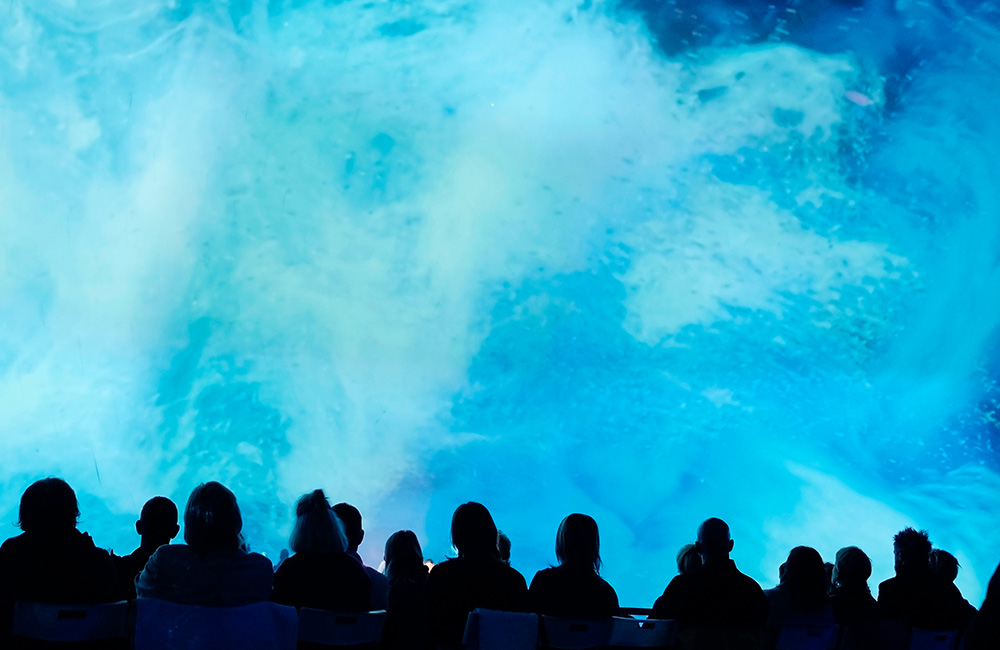 If you are travelling with little ones, watching a sky show at Patna Planetarium is something you should definitely do. Considered to be one of the oldest planetariums in Asia, this spacious and well-maintained planetarium shows a variety of films related to astronomy and holds a number of exhibitions for visitors. The local government has done a commendable job at maintaining it as the planetarium is equipped with modern, state-of-the-art technology and projections.

In the small town of Kesaria lies one of the tallest and biggest Buddhist Stupas in the world. It’s a must-visit, especially if you are a history lover or interested in architecture and archaeology. It is said that Buddha donated his begging bowl during the last few days of his life at this site. It’s the mystery and untold stories which make the place interesting. The stupa rises to a height of around 104 ft. and was discovered during an excavation activity by the ASI. It has six floors and a number of Buddha idols are depicted here in Bhoomi Sparda Mudra and other positions.

12. Learn about Bihar’s glorious past at Nalanda 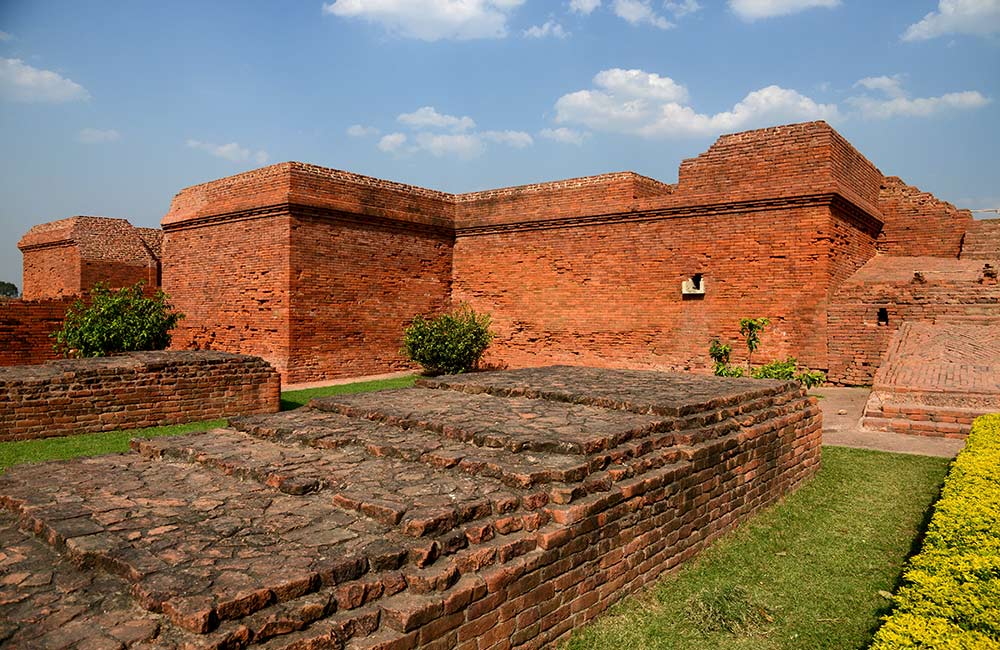 Your trip to Patna would remain incomplete without a trip to the UNESCO World Heritage Site, Nalanda University. This ancient university and Buddhist learning centre is considered to be the longest running university in the history of India. Its foundation dates back to the Gupta period (5th century CE), and its red brick walls and stupas still stand tall, though in ruins now, narrating tales of Bihar’s glorious past. Imagine this 14-hectare ruined site once being home to more than 10,000 students… interesting, isn’t it?

Check our blog on Tourist Places in Patna to know more about local attractions worth exploring.

Things to do in Patna Video:

Kirat Sodhi
I write to express, to vent, to believe, to change. A traveller and dreamer - my words take me everywhere.