Chandigarh How To Reach

How to Reach Chandigarh by Air, Rail or Road

Budget Hotels > Travel Blog > How To Reach > How to Reach Chandigarh by Air, Rail or Road

The collective capital of Punjab and Haryana, Chandigarh is India’s first planned city post-independence. Designed by Swiss-French architect Le Corbusier, it’s rightly referred to as ‘The City Beautiful’. Its well-thought infrastructure and multiple sightseeing attractions like Rock Garden, Cactus Garden, Sukhna Lake and Zakir Hussain Rose Garden, among others lure a lot of travellers, every year. The city is also home to Rajiv Gandhi Chandigarh Technology Park and several top corporate giants including Quark, Infosys, EVRY, Dell, IBM, TechMahindra, Airtel and Amadeus IT Group drawing businesspersons from across the globe.

How to Get to Chandigarh by Flight, Train or Bus

Chandigarh is easily accessible from anywhere in the country via all modes of transport, including flight, train and bus. The city is served by an international airport as well as well-planned rail and road network, using which travellers can enter the city with ease.

The details about how to reach Chandigarh are given below:

How to Reach Chandigarh by Air

Chandigarh International Airport serves not only Chandigarh but neighbouring cities of Panchkula, Mohali and even some of the southern districts of Himachal. The international airport operates flights of 7 airlines including Indigo, Spicejet and Air India which connect Chandigarh with several national and international destinations. Travellers can either take private cabs or public transport like buses, autos to reach different parts of the city from here.

How to Reach Chandigarh by Rail

Chandigarh Junction Railway Station (CDG) is the main railhead of the city. It serves both short and long-distance trains to and from neighbouring cities like Delhi, Ambala, Panipat, Shimla and many more.

How to Reach Chandigarh by Road

Travellers who prefer road trips can easily access Chandigarh from neighbouring cities via a well-maintained network of highways and expressways. Ambala-Chandigarh Expressway, Khuda Lahore Road, Jan Marg, Sukhna Path and Shanti Path are some of the major arterial roads in the city. Chandigarh Bus Terminus serves as the main entrance for both public and private buses. There are plenty of public transports available outside the bus terminus using which guests can access major parts of the city.

Top Attractions to Explore While Travelling to Chandigarh: 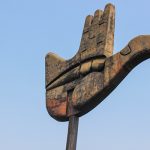 16 Interesting Places to Visit in Chandigarh – ‘The City Beautiful’ 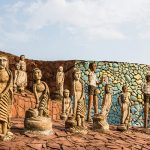 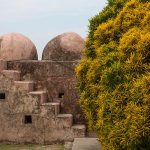 Top 12 Historical Places in and around Chandigarh 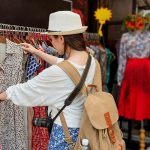