Rath Yatra which literally means, ‘Festival of Chariots’ is mainly associated with the Hindu and Buddhist community of India. On this day, the idols of Lord Jagannath and his siblings are decorated and brought to cover a 3-km-long journey (from Jagannath Temple to the Gundicha Temple) in chariots drawn by over hundreds of devotees, every year.

According to the Hindu calendar, Rath Yatra is observed on the second day of Ashadha month i.e., late June or early July. In ancient literature, this day is referred to as ‘Ashadha Shukla Paksha Dwitiya’. In 2021, Rath Yatra will take place on 21st July. 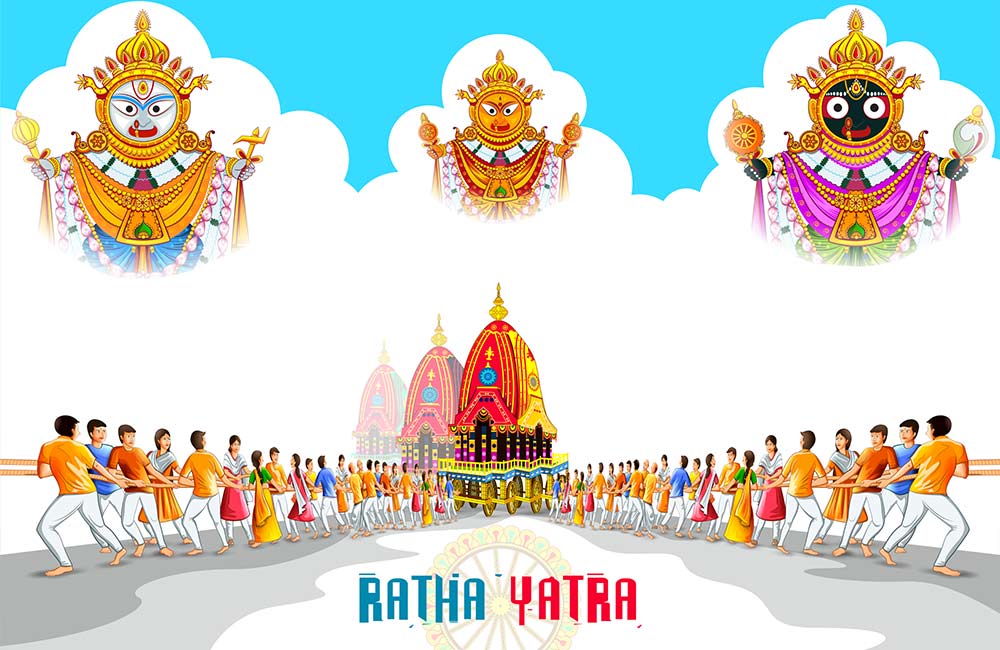 The word ‘Jagannath’ is derived from the Sanskrit language that translates to ‘Lord of the Universe’ in English; Lord Jagannath is considered as a form of Lord Vishnu.

Holy literature including Brahma Purana, Padma Purana and Skanda Purana describe this festival as one of the most prominent festivals of the Hindu religion. According to the texts, the origin of this day dates back to the 12th century. The holy rituals of this festival include the procession of three chariots; for carrying Lord Jagannath, brother Balabhadra and sister Subhadra, for a 3-km-long procession till the Gundicha Temple. 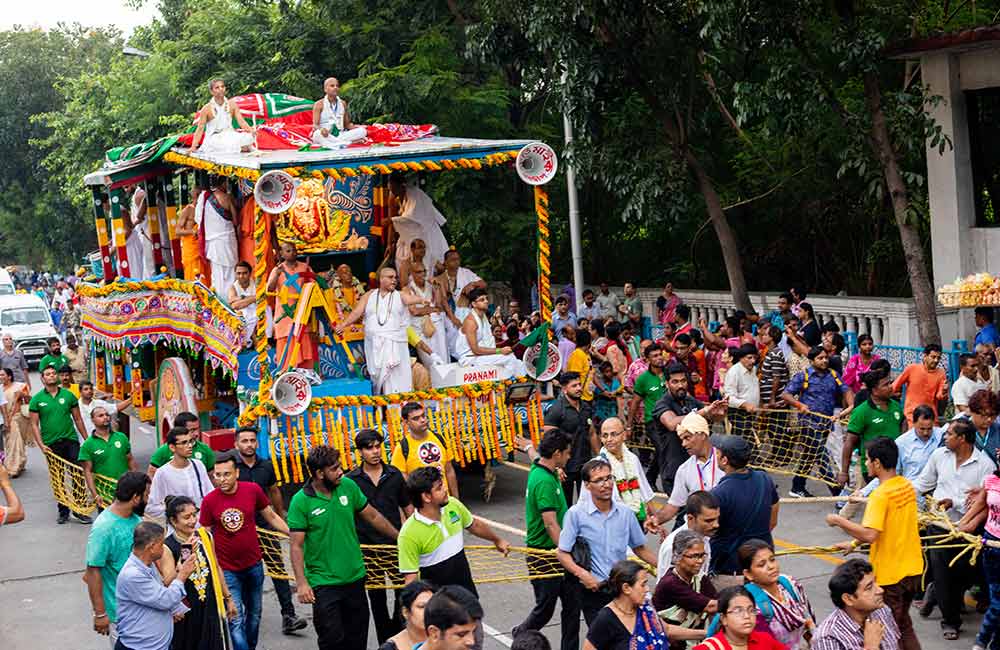 One of the most anticipated times of the year in Odisha, Rath Yatra is celebrated by organizing a procession of chariots carrying the idols of Lord Jagannath, his brother and sister, who are then taken to the Gundicha Temple in Odisha. The preparation of the 14-meter-high and 11 sq. meter wide, chariots begin 2 months before the ‘Ashadha Shukla Paksha Dwitiya’. The local artists of Puri decorate these chariots with bright colours and religious graphics. These chariots are pulled by over hundreds of devotees.

Once the chariots reach the Gundicha Temple, the idols are given a holy bath and are then rested in the temple for nearly a week before bringing them back to the Jagannath Temple. Since the late 1960s, Rath Yatra began being celebrated throughout the globe in various cities on account of the ‘Hare Krishna movement’.

Nowadays, Hindus and Buddhists all over the globe celebrate this festival by organizing a chariot procession of Lord Jagannath.