According to the Hindu calendar, Chhath falls on the sixth day of the month of Kartik known as Kartik Shukla Shashti. In 2021, Chhath Puja celebrations will be celebrated on 10th November.

Chhath Puja is an ancient Hindu Vedic festival in which Lord Surya (Sun) is worshipped; as per popular beliefs, worshipping the Sun god has spiritual and health benefits.

It is believed that Rama and Sita observed Chhath after returning from their exile on Kartik Shukla Shashti which indicates that the holy tradition of worshipping the Sun is as old as the Hindu religion. People from the Indian subcontinent and Terai region of Nepal, celebrate this festival as an occasion to honour Mother Nature by holding a 2-day long fast and worshipping the Sun. 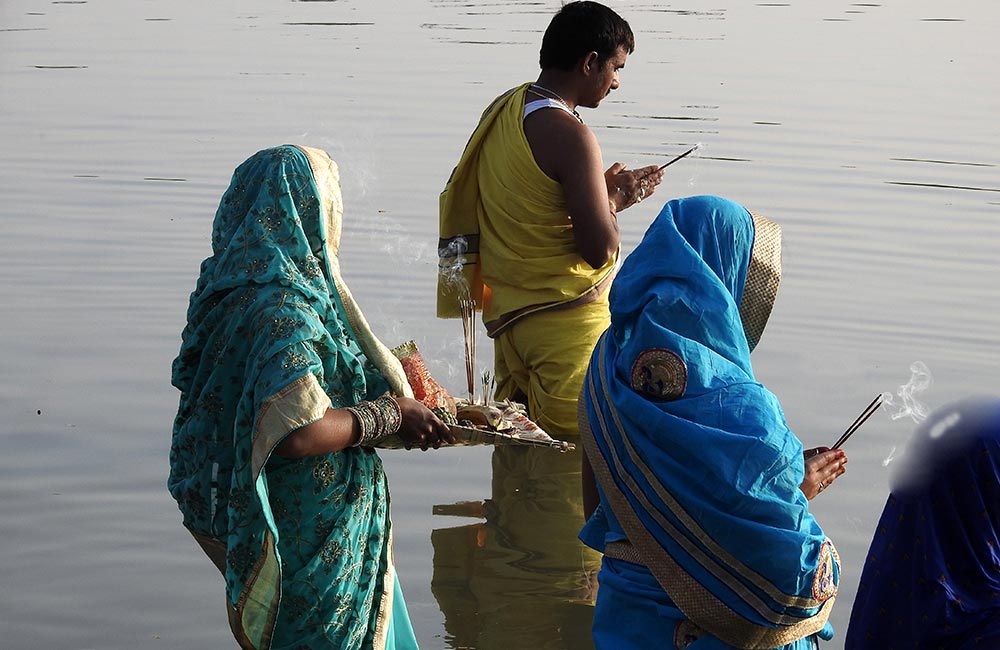 As mentioned earlier, Chhath Puja is a 4-day long festival; ‘Nahay Khay’, ‘Kharna’, ‘Shaam Ki Arghya’ and ‘Paran’. The first day begins with ‘Nahay Khay’ when devotees take a holy dip in water and then consume a traditional feast including rice, daal and bottle gourd. Next day involves following the customs of ‘Kharna’ which is observed by a full day of Nirjal Vrat (dry fasting). Vratis eat kheer-puri at dinner.

Following day marks ‘Shaam Ki Arghya’ which is the holy ritual of worshipping the setting Sun. The final day marks Paran for which devotees reach a riverbank (ghat) for offering prayer to the rising Sun. Worshippers offer sweets and fruits to the Sun and seek its blessing while standing in a natural water body.

The Chhath Puja is being celebrated over four days this year, from 18th November to 21st November 2020, with Surya Shashthi (main day) falling on 20th November 2019.

Once the prayers are done, devotees consume their first meal of that day as prasad with which the 4-day long festivities of Chhath Puja are concluded. Many communities in Bihar organise grand get together for friends and families in the evening.

Other Holidays in November 2021