Also known as Krishna Janmashtami and Gokulashtami, this day is celebrated to commemorate the birth of Lord Krishna. According to the legends, the eighth son of Devki, Lord Krishna was born on the 8th day of the dark fortnight of the month of Bhadrapada (August-September).

In 2023, Janmashtami will be celebrated on 6 September (Wednesday).

According to the Hindu texts, Lord Krishna came into this world as the eighth avatar of Lord Vishnu and destroyer of the evil on this day.

Ancient Hindu literature, including Bhagawad Gita and Bhagwata Purana, clearly state the story of Lord Krishna’s birth and how his maternal-uncle, King Kansa, wanted to kill him. And ever since his birth, every 8th day called Krishnapaksha of the month of Bhadrapada is celebrated as Krishna Janmashtami.

Also, many people treat this day as an occasion to honour the victory of good over evil.

The whole nation comes together to celebrate the birthday of Lord Krishna with much fervour and enthusiasm. It is quite common to see kids dressed up as little Krishna, markets lined up with sweet shops and elegant handis, people preparing for the plays (also known as Ras Leela) and temples being decorated with flowers. On this day, recitations of verses from the holy books, Bhagavata Purana and Bhagavad Gita, are also organised at Hindu shrines.

While celebrations throughout the country are mesmerising, some places in India deserve a special mention. It is at these destinations that you can get the true essence of Janmashtami celebrations. Let’s take a look at the different places where this festival finds a special place in the heart of people. 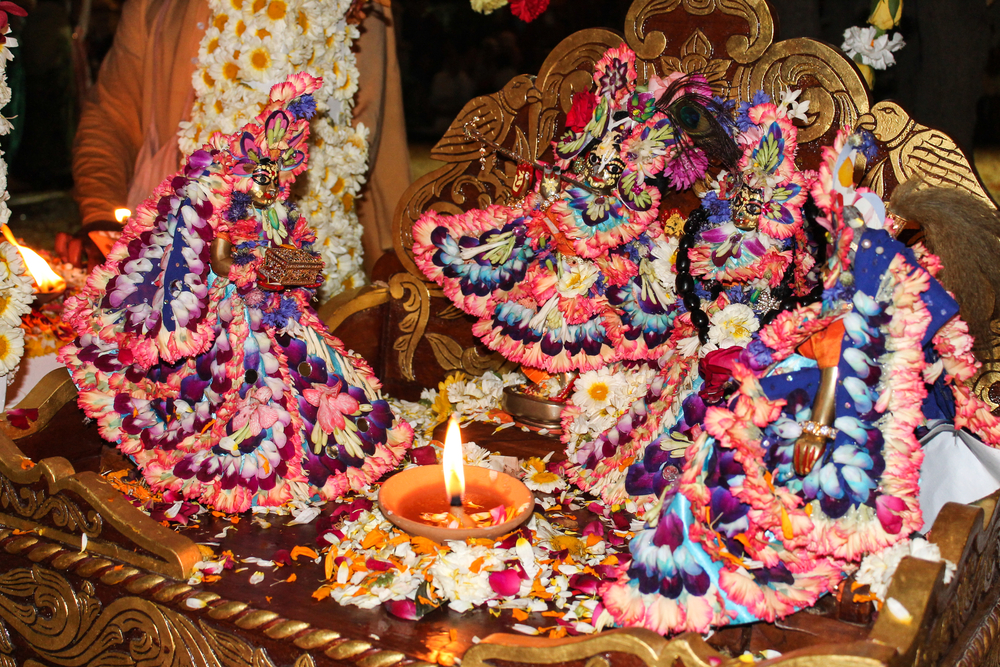 The three places associated with Krishna’s childhood – Mathura, Gokul, and Vrindavan, Uttar Pradesh— are the go-to destinations for those who plan to celebrate Janmashtami away from home. Mathura that happens to be the birthplace of Lord Krishna has some 400 temples dedicated to Him, all of which are decorated beautifully during this time. Chanting of shlokas, enactment of Raas Leela, fireworks, and jhulotsava are some common ways to welcome Krishna at all these three places. Celebrations begin almost 10 days before the birthday. 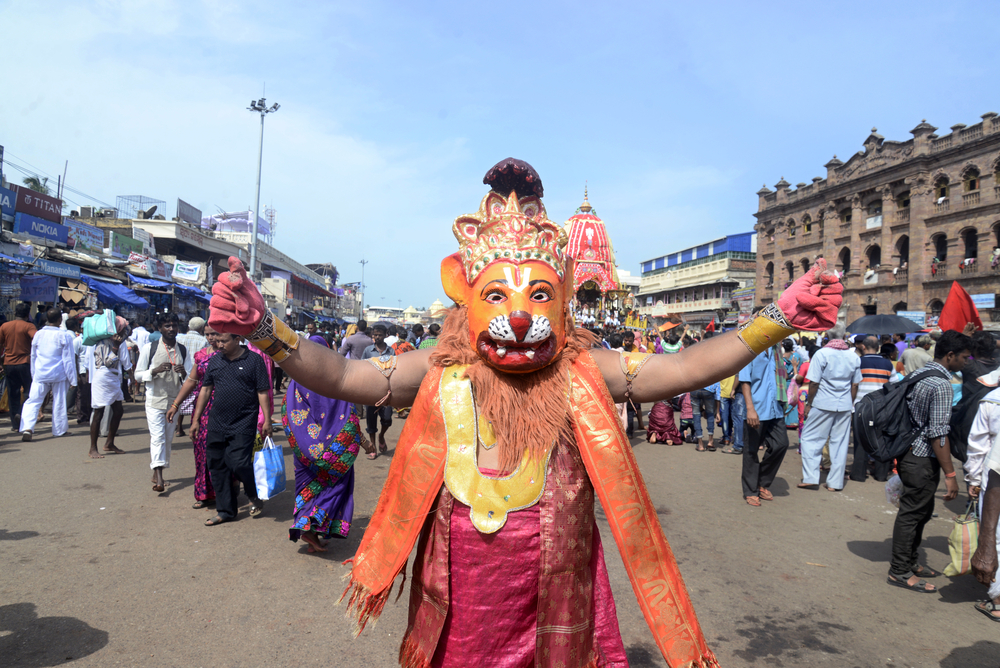 The southern region of India also gets into the festive mood during Janmashtami. Dance-drama events called Vittal Pindi (or Rass Leela) are performed by the locals in Udupi, Karnataka. Gopuras are erected, below which the chariot with the Lord’s idol moves across the city. Earthen pots filled with curd (or dahi handi) are hung on gopuras and later broken by sticks. Huli vesha dancers are also a huge attraction during the celebrations, besides local contests featuring people dressed up in ethnic costumes. Prasadam is distributed among the devotees and devotional songs are sung at temples. 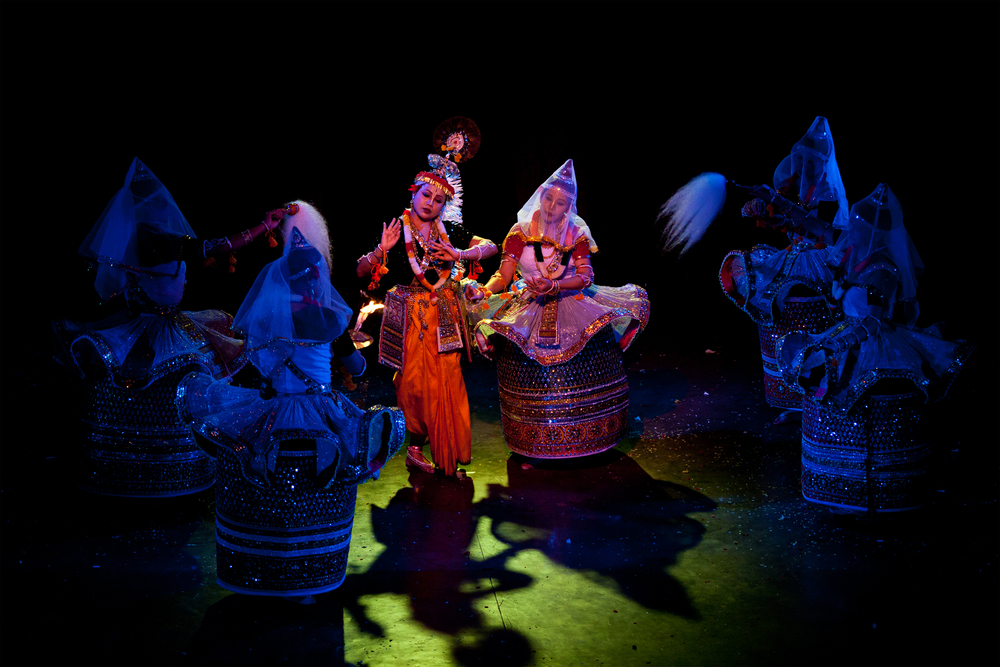 Unlike the other festivals of North India that aren’t as famous in this part of the country, Janmashtami witnesses a huge crowd of devotees at Mahabali Temple Sri Govindjee Temple. People observe fast and visit the temple offering floral tribute to Lord Krishna. Folk dance performances are a major part of Janmashtami festivities in Manipur.

In Maharashtra, this day is observed as Dahi-Handi and witnesses competitions for breaking a high-hung, earthen pot filled with yogurt, milk, water and fruits. Youths form groups, known as Govinda Pathaks, for competing with each other by forming a human pyramid for reaching the high-hung pot and breaking it as Krishna used to do in his notorious childhood. Gifts and cash prizes as large as Rs. 12 lakh are then awarded to the winning team. 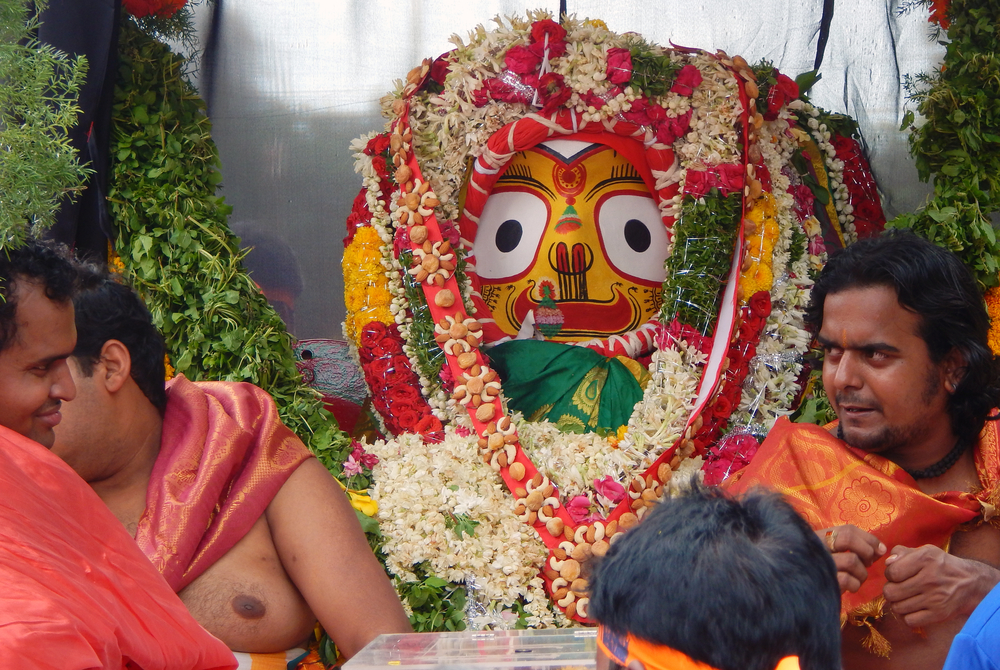 Famous for Jagannath Temple, Puri, Odisha has its own set of celebrations that are unique to the region. People observe fast till midnight which is considered as the hour of Krishna’s birth and chant “Hare Krishna” and “Hari Bol”. Religious songs are sung and verses from the Bhagavad Gita are recited at the temples, which are beautifully decorated for the special festivities. Several forms of sweets are cooked at home and distributed among everyone.

Places like Dwarka in Gujarat (the place where Lord Krishna laid down his kingdom) celebrates this day as Makhan Handi, which translates to ‘an earthen pot filled with butter’ in English. Apart from these, places like Assam and parts of Tamil Nadu also celebrate the festival with great zeal and gusto.

Other Holidays in September 2023