Escape from monotony is the bona fide right of every individual. The weekly client visits, targets and statistical presentations definitely break you in mind, if not physically. In such cases, the best that we can do to ourselves is head for a short trip; away from all the hassles of daily life. Now, this seems to be a never-successful plan as either we can’t take days off from work or we keep pondering on some not-too-crowded destination. On the first one, I can certainly not help you, but have compiled a list of lesser-known weekend getaways… for now near Delhi. Keep watching the space for more cities!

Weekend Getaways from Delhi within 200 km 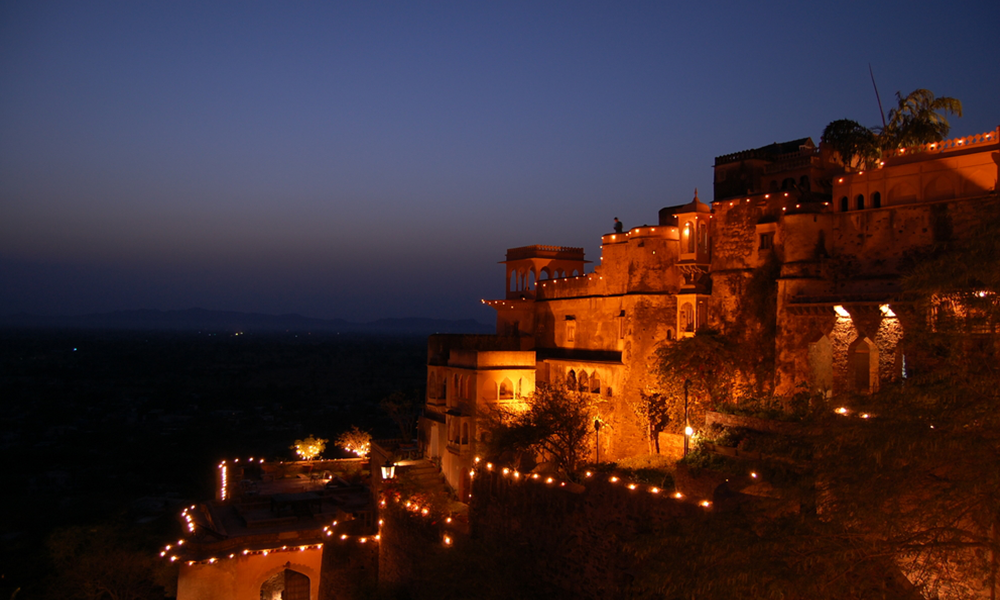 A peaceful historical town located in the Alwar district of Rajasthan, Neemrana is widely popular among heritage lovers for its 15th-century splendid Neemrana Fort Palace which has been now turned into a luxury hotel. 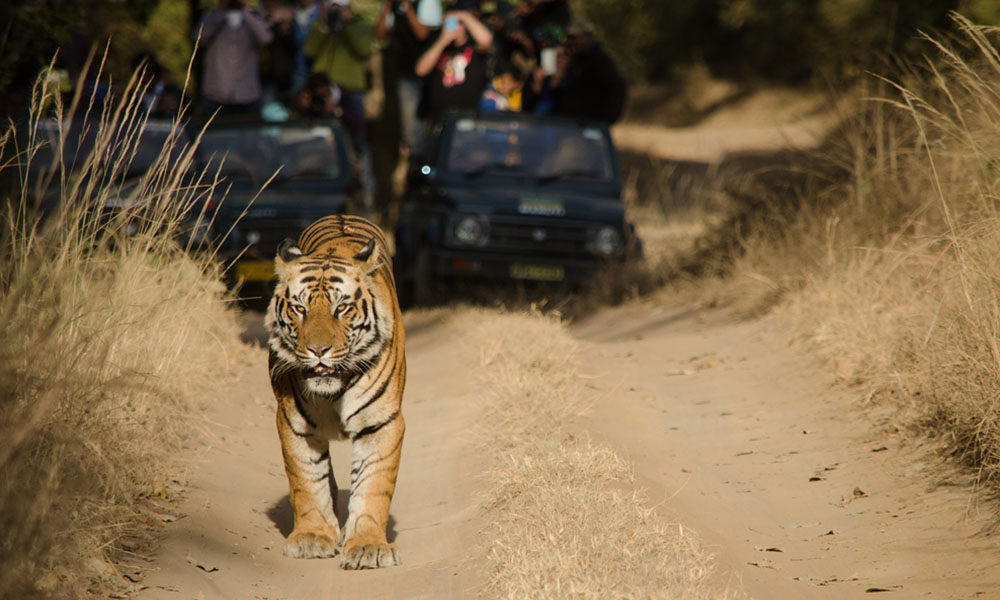 Weekend Getaways from Delhi within 300 km 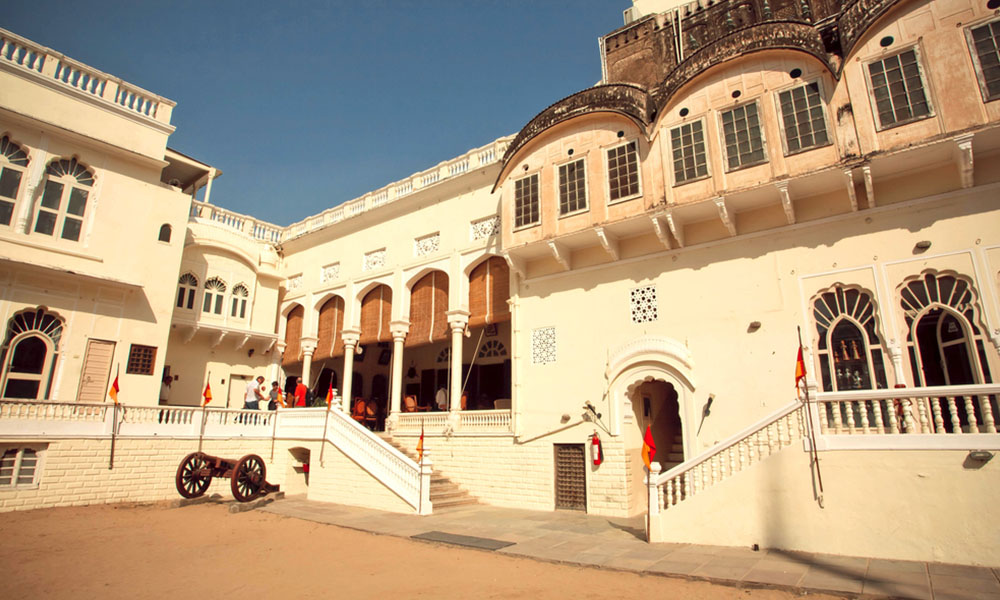 Another unique getaway near Delhi, Mandawa is a charming touristy in the Shekhawati region of Rajasthan. This peaceful 18th-century settlement is dotted with many exquisite havelis and a namesake fort, earning it the sobriquet of ‘Open Art Gallery’. The winding roads and naive people of Mandawa will urge every culture enthusiast to explore the region more. 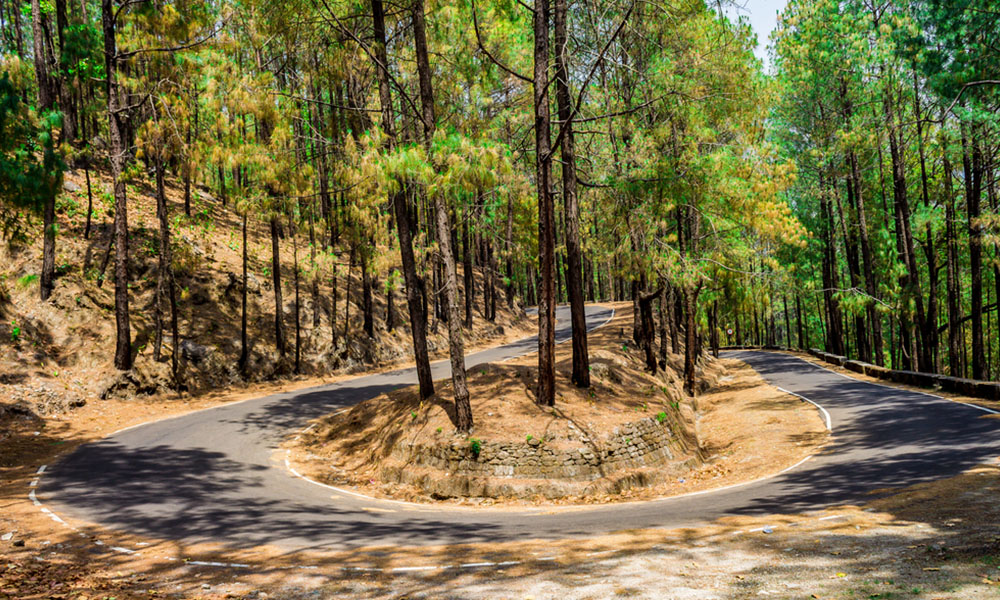 In case salubrious climate, lofty hills, bird watching and trekking are on your mind, Lansdowne in Uttarakhand is the place to be. The breath-taking views of the Himalayas from 1780 m above sea level are worth capturing.

The lesser-known town of Parwanoo in Himachal is an ideal weekend getaway from Delhi. From its pine-forested hills and fruit orchards to the Timber Trail cable car ride, everything in this quaint hill station is mesmerising.

Weekend Getaways from Delhi within 400 km 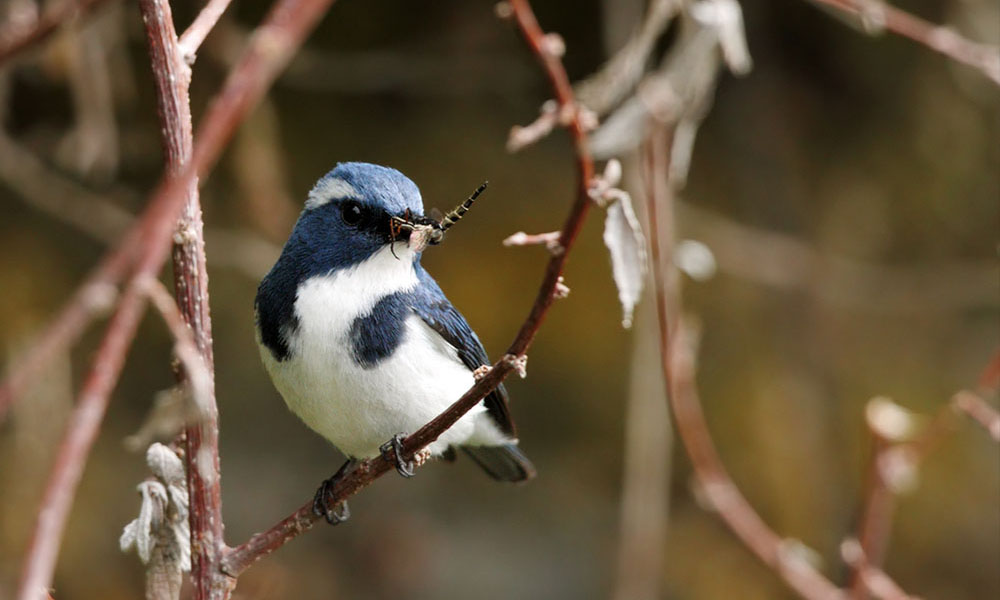 A scenic hamlet, known for as wide as 580 avian species, is a paradise for bird watchers and ornithologists. Tucked away in the picturesque Kumaon region of Uttarakhand, this little paradise is among the most underrated hill stations in North India, but certainly worth a visit. Those who want to challenge themselves can go on a trekking expedition from Pangot to Naina Peak or China Peak. 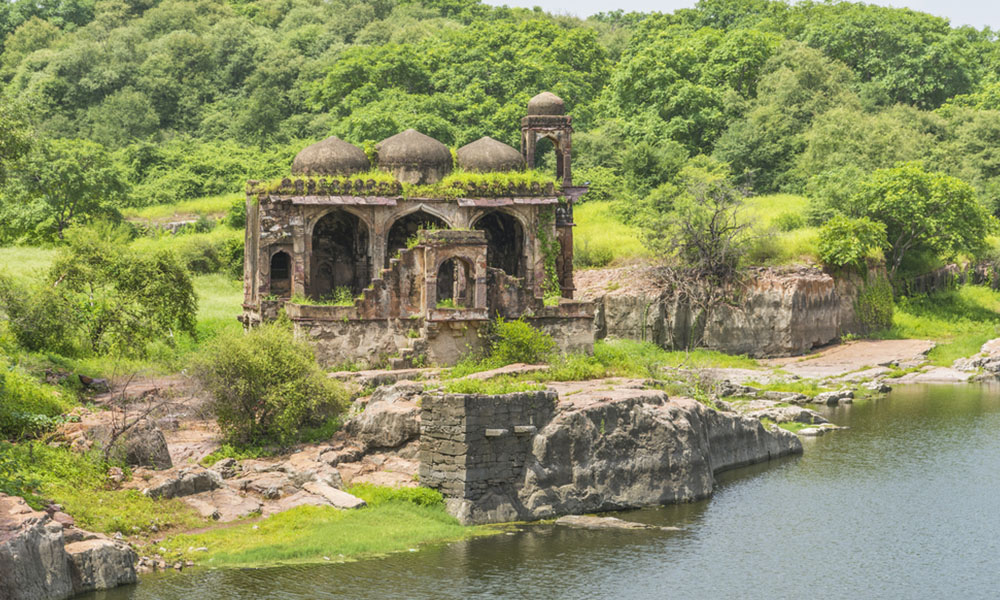 A district named after Maharaja Sawai Madho Singh I, Sawai Madhopur is home to the UNESCO-listed Ranthambore National Park and Fort. Its rugged terrain is surrounded by Vindhya and Aravalli hills that call many adventure lovers and history enthusiasts. But, there is more to this place than the protected territory…it’s visited for the ancient Ghushmeshwar Jyotirlinga. You can learn more about Madhopur’s centuries-old past at the Rajiv Gandhi Regional Museum of Natural History.

Weekend Getaways from Delhi within 500 km 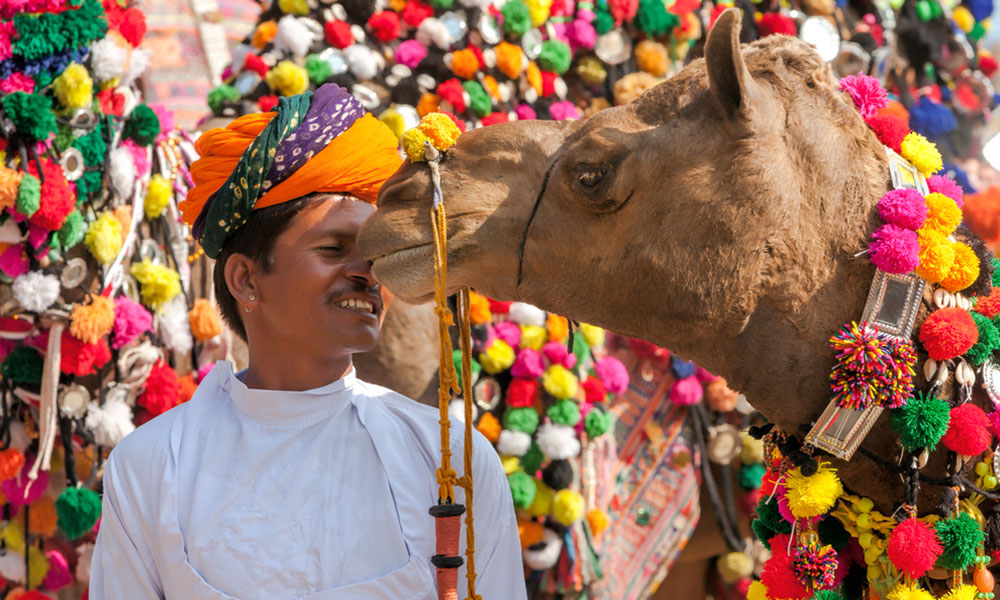 One of the oldest inhabited places in India, Pushkar is associated with the Creator of the Universe – Lord Brahma. Curled around the eponymous sacred lake, it has a mystic charm that appeals both domestic and international travellers. Besides, visiting its popular attractions like Brahma Temple, Pap Mochini Temple, Man Mahal and Rangji Temple, you can also try hot air ballooning here. 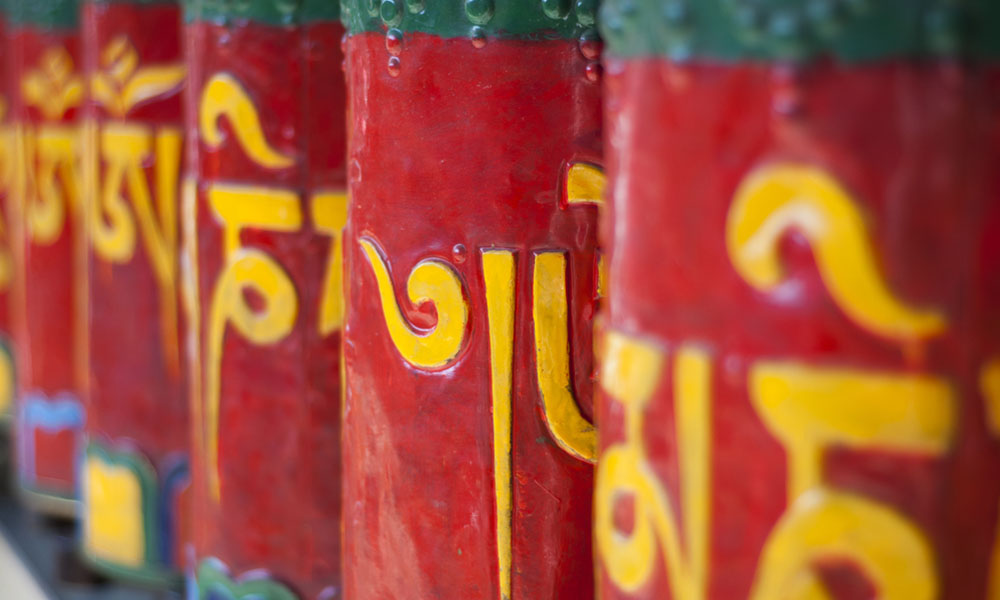 Located against the lofty Dhauladhar Mountains, Dharamshala or Dharamsala is one of the most celebrated getaways near Delhi. In the upper reaches of this tranquil city lies another surreal place, Mcleodganj which is worldwide known for its association with His Holiness Dalai Lama. While here, you can capture the exquisite work put on display at Namgyal Monastery; witness some amazing art forms at Tibetan Institute of Performing Arts; walk through the tea garden; or be a little sporty and try trekking, hiking and paragliding. 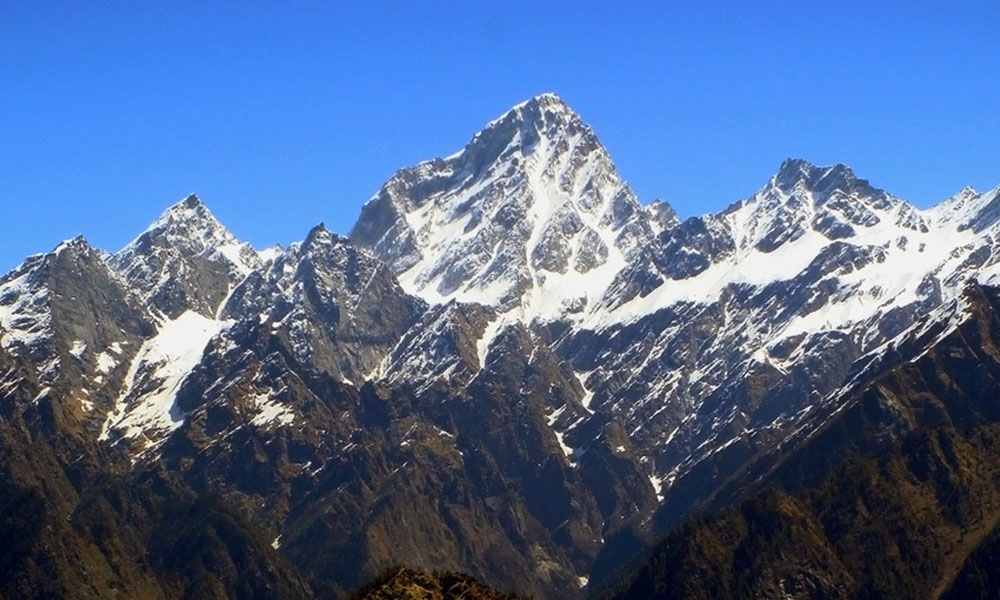 The majesty of this hill resort in Uttarakhand changes according to the season. While summers bring with it hues of apple orchards, deodars and oaks; winters are encompassed in the glisten of the snow – making it one of the most sought-after skiing destinations of India. It also has a 2.5 miles (4 km) cable car and chairlift for adventure enthusiasts.

Weekend Getaways from Delhi within 600 km 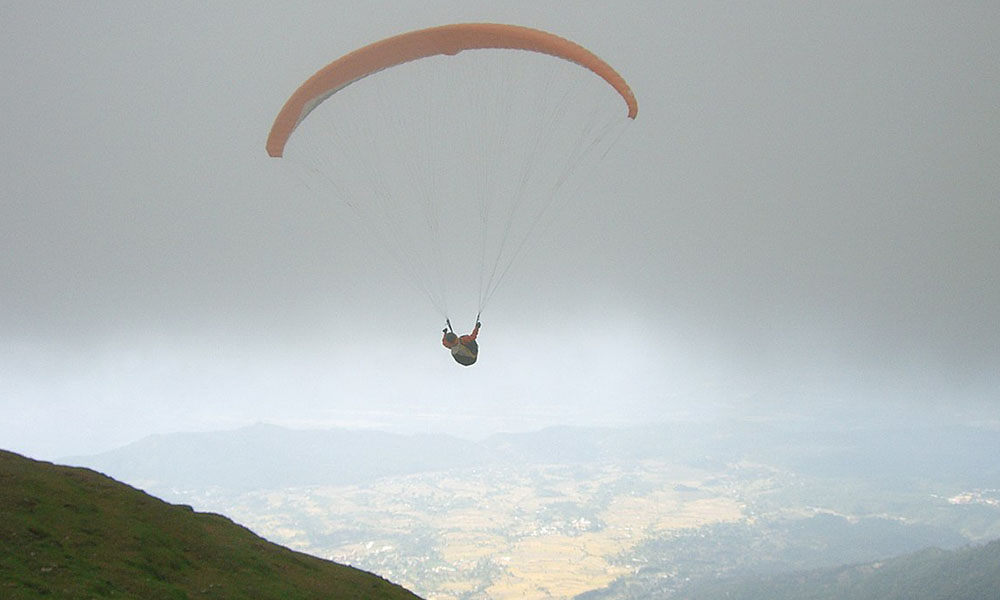 The twin destinations of Bir and Billing in Himachal Pradesh are best known among thrill-seekers for the paragliding championship held here every year. This place is not for the faint-hearted as coming here and not trying the sport is a sin. The beautiful scenery comprising tea terraces, dense forests, Tibetan settlements and snow-capped Dhauladhar peaks in the backdrop can be best seen with paragliding. A rising name among youngsters, Kasol is known for its hippie culture, Israeli inhabitants and chic cafes beside the pristine beauty of the Parvati Valley. It also serves as a base camp to trekkers heading to Malana, Tosh and Kheerganga.

So, this long weekend which one will you choose? Do let us know in the comments section below. You can also suggest more such places near Delhi that we missed here. Bye for now!